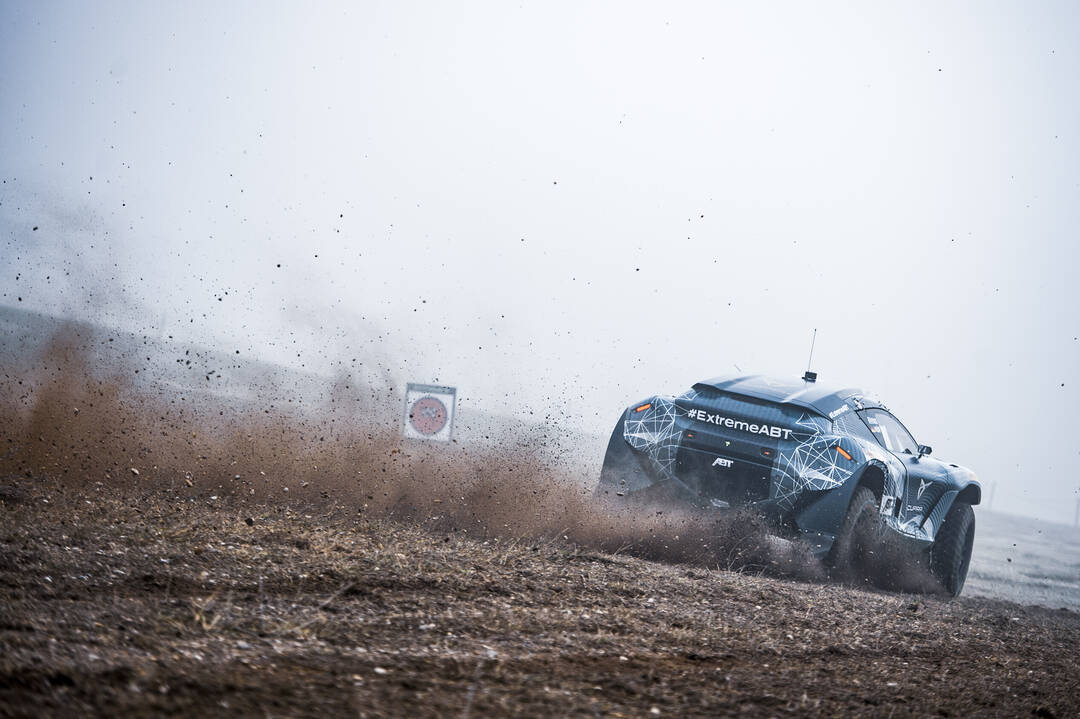 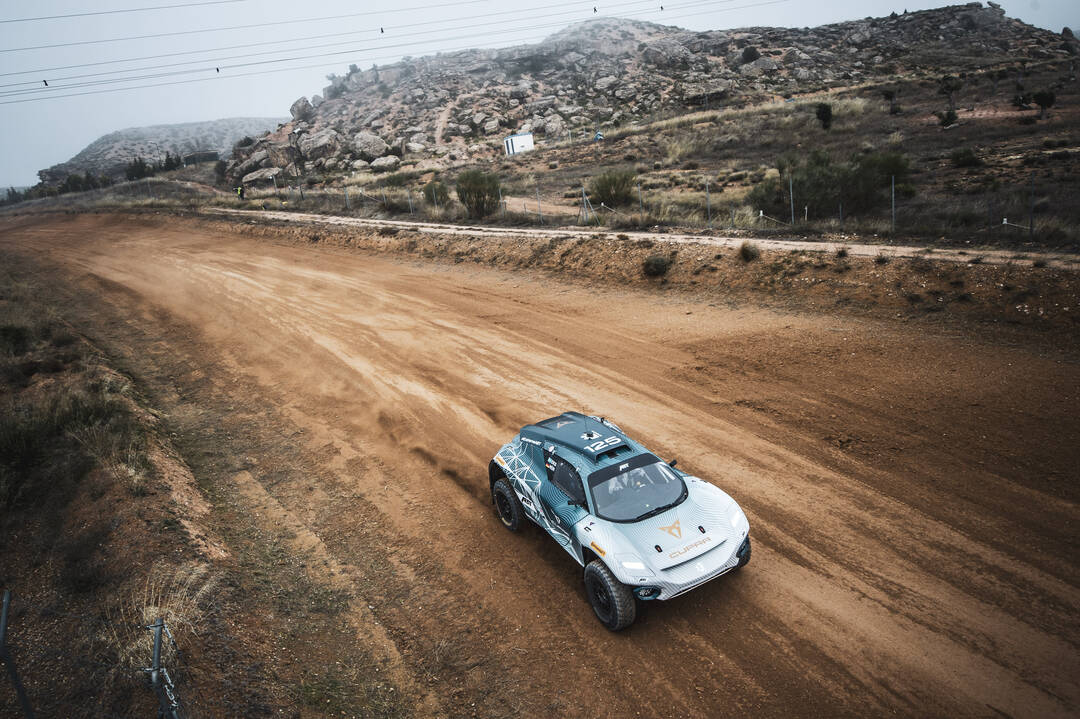 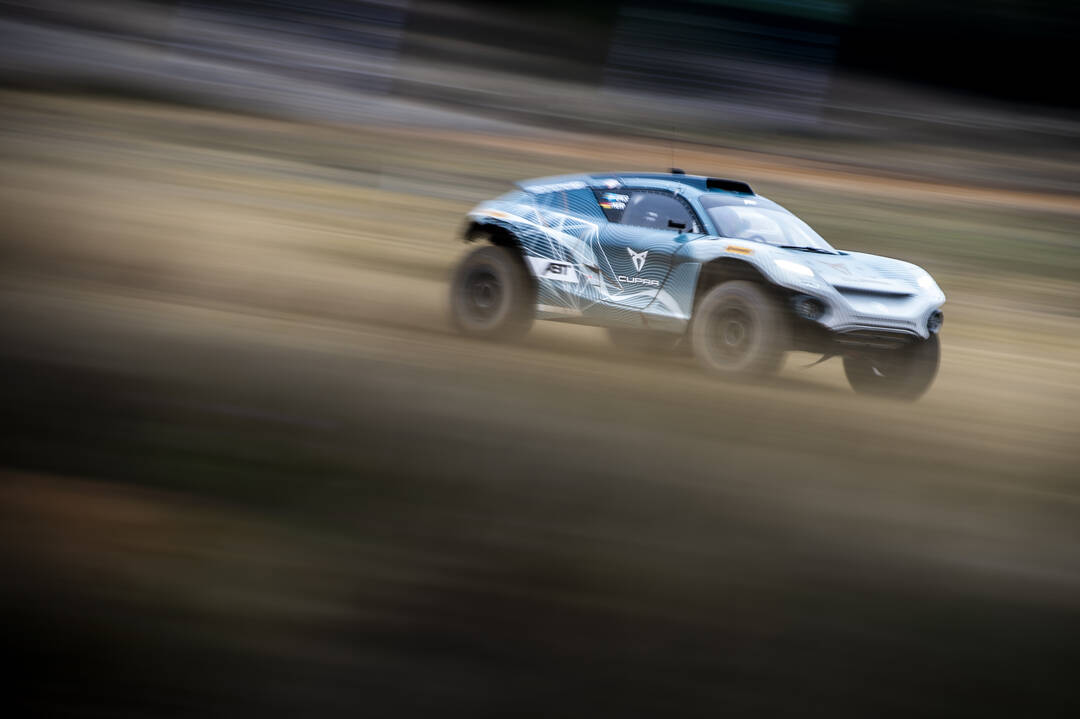 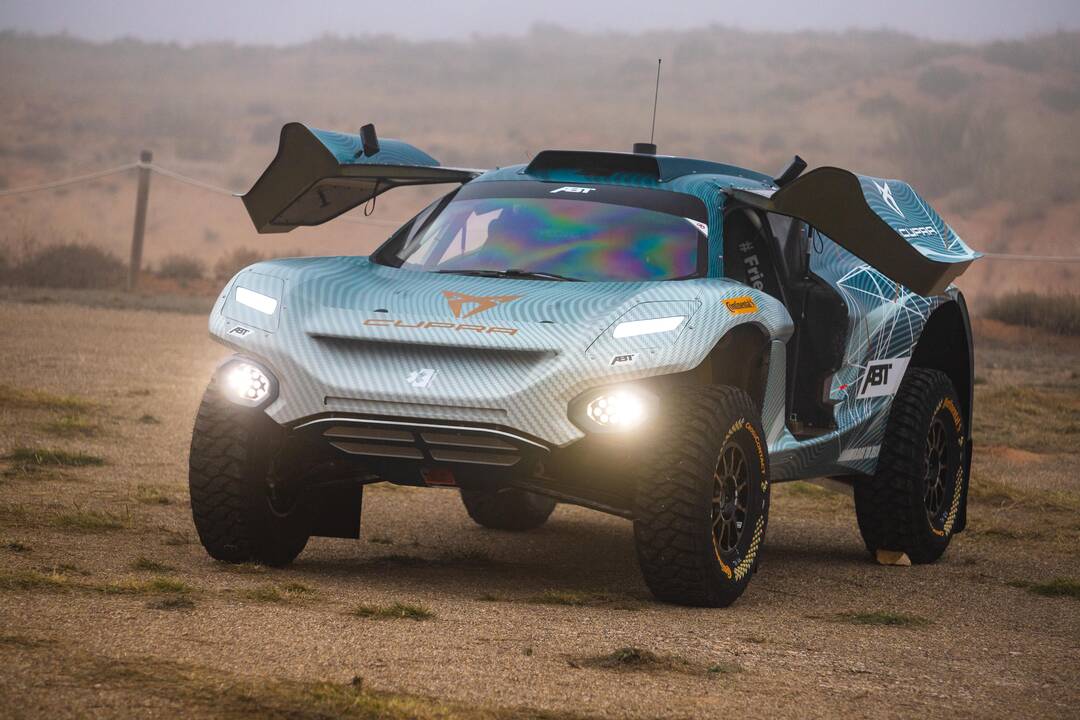 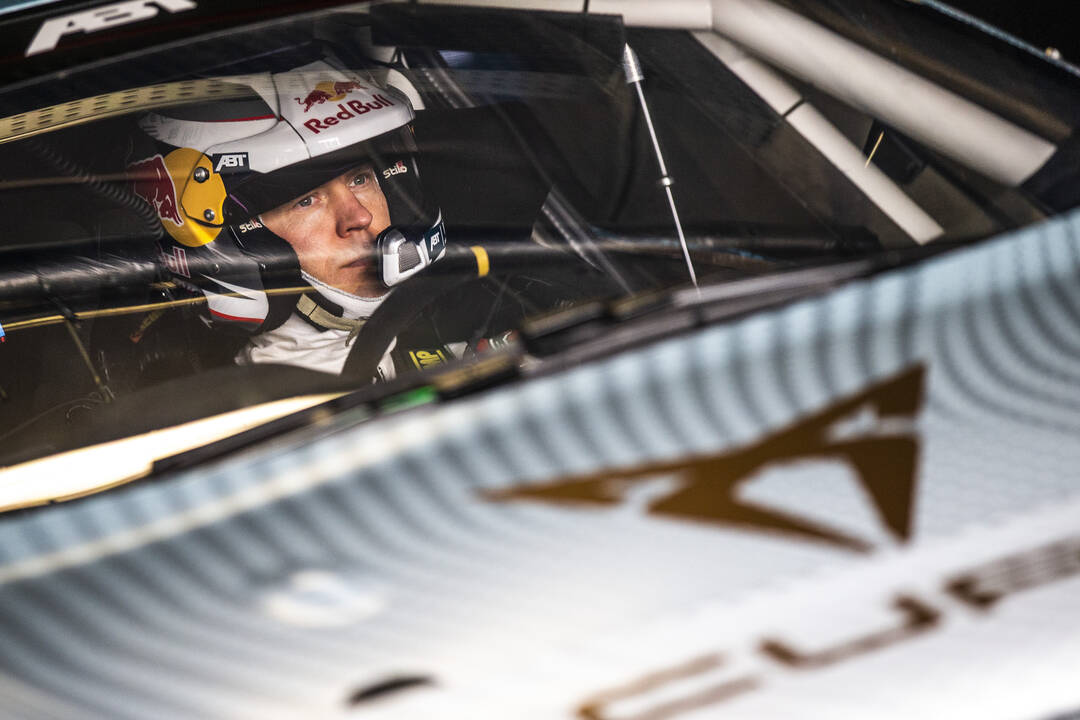 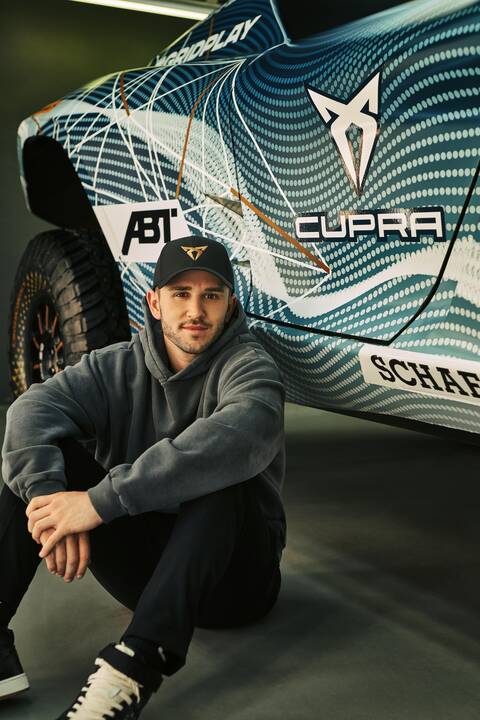 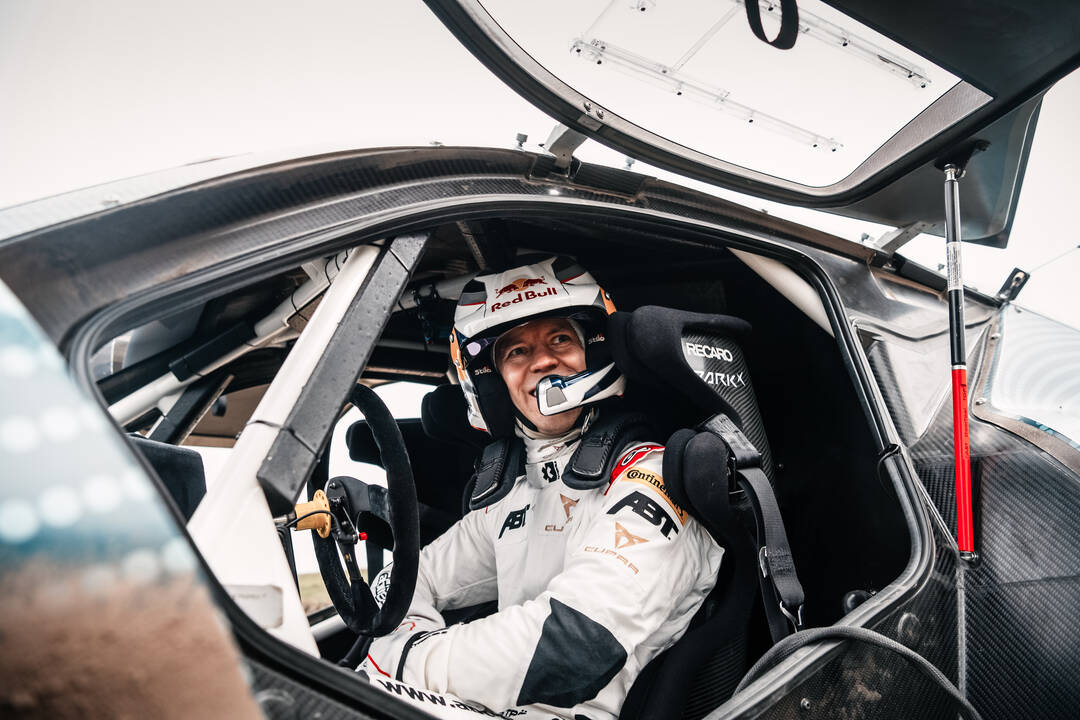 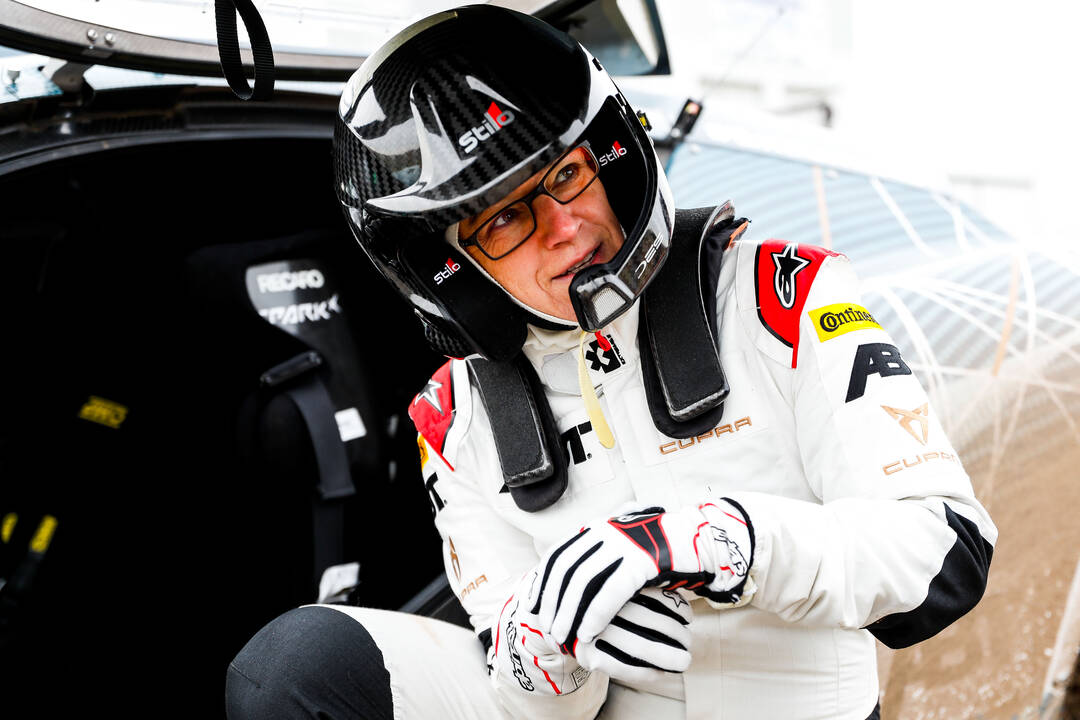 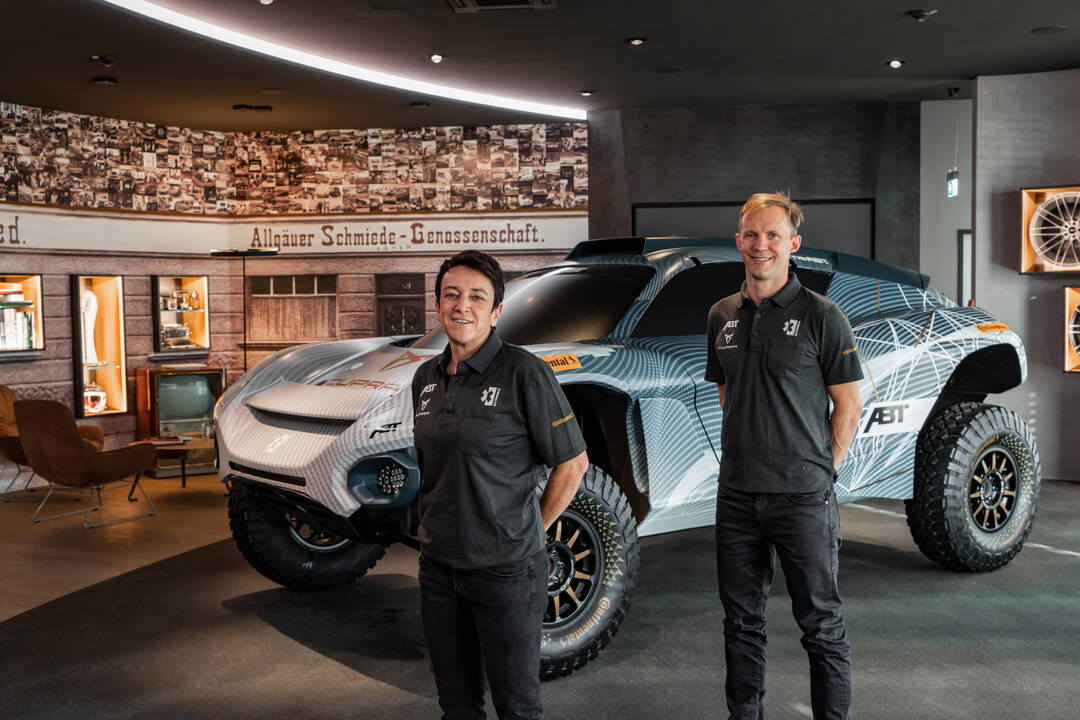 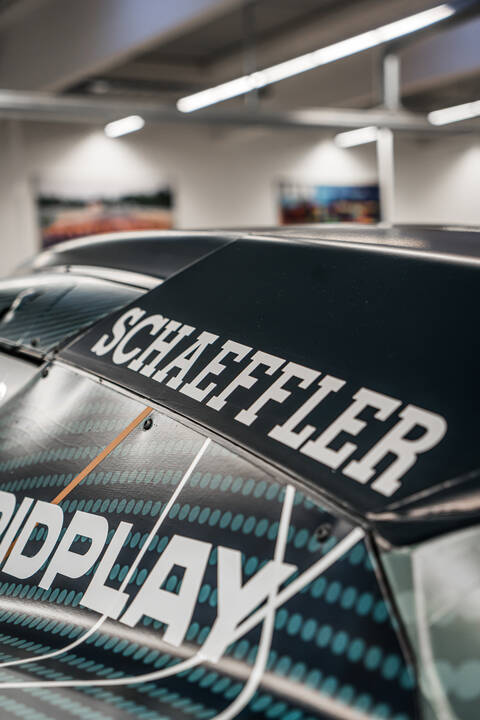 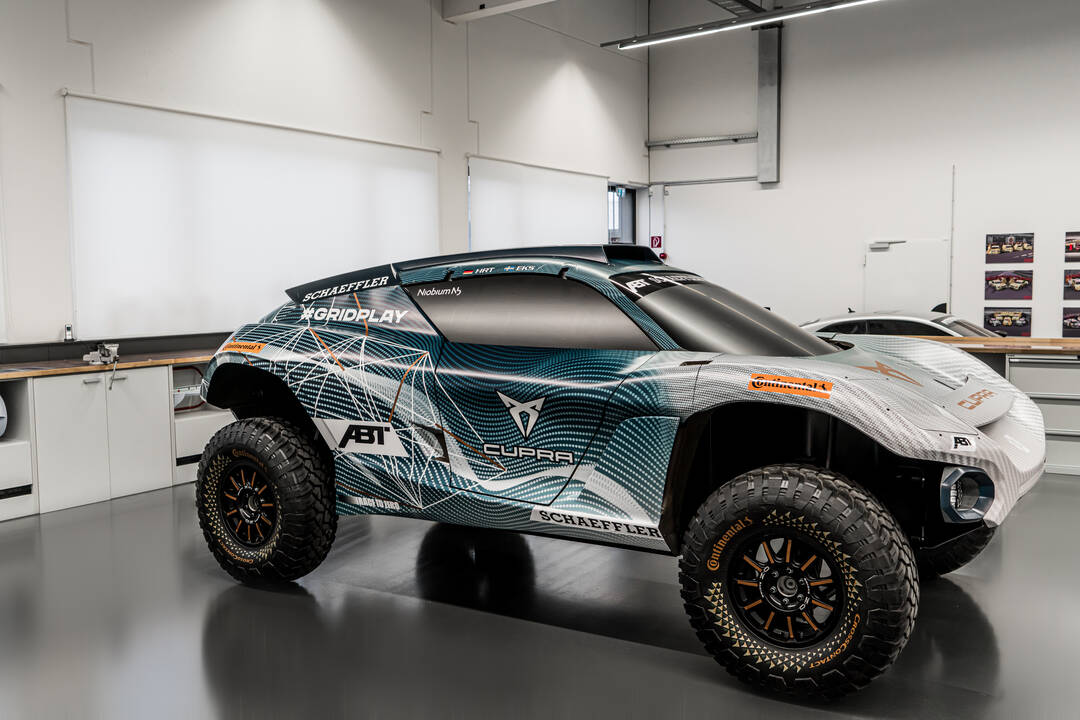 ABT CUPRA XE competing in the Extreme E adventure

Showdown in the hot Saudi Arabian desert: This weekend (April 3–4), the new Extreme E electric off-road racing series will kick off its first season in Al-Ula. The Desert X Prix marks the start of a total of five events that will take the nine teams to Greenland, the Amazon region and Patagonia, among other places. Among them: the ABT CUPRA XE team with its drivers Claudia Hürtgen and Mattias Ekström, who will be sharing the cockpit of the 550-hp e-CUPRA ABT XE1, just one spectacular aspect of the series.

Showdown in the hot Saudi Arabian desert: This weekend (April 3–4), the new Extreme E electric off-road racing series will kick off its first season in Al-Ula. The Desert X Prix marks the start of a total of five events that will take the nine teams to Greenland, the Amazon region and Patagonia, among other places. Among them: the ABT CUPRA XE team with its drivers Claudia Hürtgen and Mattias Ekström, who will be sharing the cockpit of the 550-hp e-CUPRA ABT XE1, just one spectacular aspect of the series.

The Desert X Prix will be held over two days with the qualifying heats on Saturday and the final races on Sunday. In each case, four or five cars will compete against each other in a direct duel on a circuit with an approximate length of ten kilometres. There will be a driver change at the halfway point in the race.

“We were one of the first teams to sign up, because we believe in the innovative concept of Extreme E,” says Hans-Jürgen Abt, Managing Partner of ABT Sportsline. “After many months of intensive preparation, it’s now getting serious and the adventure begins. It’s great that ABT is once again involved as a pioneer right from the very beginning.”

Claudia Hürtgen: “Even after 25 years, it feels like the first race”

Claudia Hürtgen summarizes her thoughts ahead of the season opener. “Even after 25 years in motorsport, it feels like it does before the first race,” says the only German driver in the field. She adds that formulating expectations is difficult. Hürtgen: “The car, the team, the race format and the surface, everything simply is new for us. We’ve prepared intensively and are now looking forward to the race finally getting underway.” For the Aachen native, who is one of the most successful racing drivers in Europe with successes in various touring and sports car championships, as well as several endurance races, among other things, the issue of sustainability also plays a major role alongside racing: “Of course, I’m a racing driver first and foremost and want to win races, but on the Extreme E tour, we are also learning in detail about many of the consequences of climate change.”

Mattias Ekström: “Extreme E is like a best-of of motorsport”

DTM, Rallycross or the Dakar Rally: Mattias Ekström has experienced and won a lot in his career. And yet, everything is different now. “I’m familiar with electric cars, races on sand and door-to-door battles, but I’ve never experienced everything together like this. Extreme E is therefore like a best-of of motorsport for me,” says the Swede, who is considered as one of the best and most versatile racing drivers in the world. He was part of ABT’s DTM team from 2001 to 2017. He celebrated two titles with them, and in 2016, he won the drivers’ title of the FIA World Rallycross Championship. For the past year, Ekström has been an ambassador for the CUPRA brand. “When the names CUPRA, ABT and Ekström come together, there is no need to discuss goals at length: We are all racers and want to fight for trophies,” says Ekström. And also to raise awareness. “Together with the Extreme E family, we want to show people where the world is suffering or has already suffered.”

Schaeffler and Stone Island join the team as new partners

A long-standing and successful partnership is entering its latest instalment: Automotive and industrial supplier Schaeffler is also accompanying its involvement in Extreme E together with ABT Sportsline. The two brands have already formed a successful team in the Formula E electric racing series since the championship was founded in 2014 and are now also combining forces in the DTM with the entry of a race car for Schaeffler brand ambassador Sophia Flörsch. Schaeffler’s logo is present on the e-CUPRA ABT XE1 and on the overalls of Claudia Hürtgen and Mattias Ekström, among other things.

Sporty and fashionable around the world: When the ABT CUPRA XE team travels to events in the desert, Greenland or Patagonia, they do so in style: Stone Island bedecks the entire team with clothing for the trips. The Italian leisurewear label stands for extensive research in the fields of fibers and fabrics, as well as innovative design. The brand has redefined the concept of sportswear and achieved cult status.

Fully electric: e-CUPRA ABT XE1 ahead of its race debut

This weekend, the e-CUPRA ABT XE1 will be presented for the first time in its final design and in real racing action. With its 400 kW (550 hp), the all-electric SUV accelerates from zero to 100 km/h in just 4.5 seconds and masters gradients of up to 130 percent. The car was designed by Spark Racing Technology in France, while the standardized battery technology is supplied by Williams Advanced Engineering from the UK. The highlight: As a world first, the car is charged by a zero-emission energy source using hydrogen fuel cell technology. The system uses water and the sun to generate hydrogen, which can be used to charge all of the race cars independently from the grid. The only byproduct is water, which is used elsewhere on site.

The competition that ABT CUPRA XE will be facing could hardly be more illustrious: Reigning Formula 1 world champion Lewis Hamilton and 2016 world champion Nico Rosberg have brought their own teams to the starting line. As is also the case for the 2009 F1 champion Jenson Button, who will also be behind the wheel himself. They will be joined on the grid by such well-known names as Carlos Sainz, Sébastien Loeb, Timmy Hansen and Johan Kristoffersson.

Racing for a Reason: The challenges of the Al-Ula region

Extreme E is not just about motorsport, it’s also about racing against climate change. The series and teams use each event to draw attention to particular challenges facing the region. The Desert X Prix takes teams to Saudi Arabia, home to the world’s largest contiguous sand desert, and there to the Al-Ula region. The terrain is breathtaking and at the same time unforgiving with its extreme conditions. The effects of climate change here include rising temperatures and more frequent and prolonged droughts, as well as deforestation, overgrazing and unsustainable water use. About 12 million hectares of productive land become infertile every year, due to desertification and drought alone.

Extreme E has succeeded in attracting renowned television partners all over the world. For example, the BBC, Eurosport, FOX and Sky will broadcast the final races on Sunday. In Germany, ProSieben MAXX will be broadcasting live from Saudi Arabia on Sunday, April 4, starting at 12 noon. Daniel Abt will also be part of the broadcast as an expert. ABT partner CUPRA will present the broadcasts and accompany the commitment with a specially produced commercial under the slogan of: “Don’t limit your challenges. Challenge your limits”. A complete list of all channels can be found here: www.extreme-e.com

GridPlay: How the fans can support ABT CUPRA XE

The best starting position in the final could be a deciding factor – and that lies in the hands of the fans. From March 31 until 60 minutes after the start of the “Crazy Race” on Sunday, fans can vote twice a day via the Extreme E website or on Twitter using the hashtags “#GridPlay #ClaudiaHürtgen” or “#GridPlay #MattiasEkström”. Once the votes are aggregated, the team with the most fans gets to choose its starting position. An additional strategic element: The teams that do not reach the final also play an important role by passing on their votes to a team of their choice.

Happy Birthday: Number #125 as a tribute to the company’s anniversary

ABT will be racing with the number 125 this season. “Our company is celebrating its 125th birthday in 2021. We also want to celebrate this with the special number at our races all over the world,” says Hans-Jürgen Abt. ABT was founded in 1896 as a horse smithy in Kempten and is now in the hands of the fourth and fifth generations. “From horse-drawn carriages in the Allgäu winter to high-tech electric SUVs in the desert, that shows the impressive development of our company in over a century,” says Abt. Mattias Ekström has already been part of the ABT family for two decades. “I have raced with many different numbers in my career. My favorite, of course, will always be number one, because that shows that you have achieved something great in the previous season,” says the Swede. “To choose the number 125 for the birthday celebration year is a great idea and shows what a special meaning tradition has in the ABT family. Now, we also want to have something to celebrate at the races this year.” 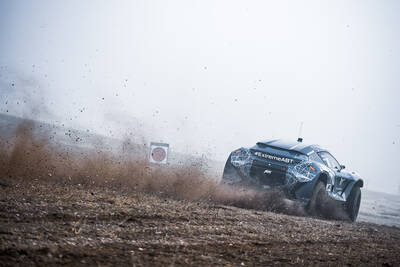 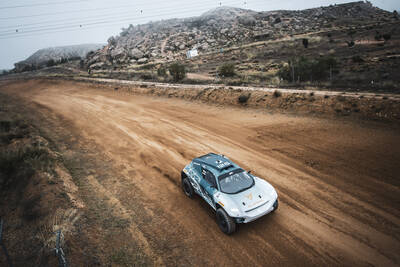 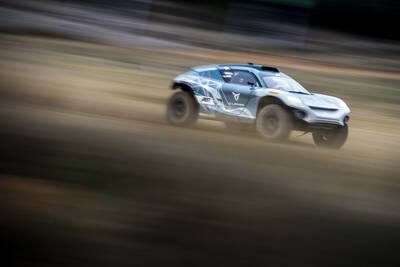 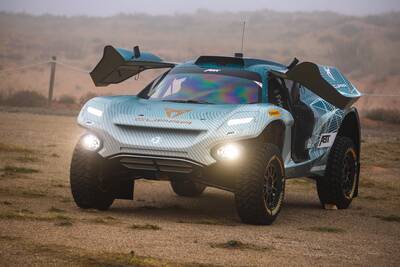 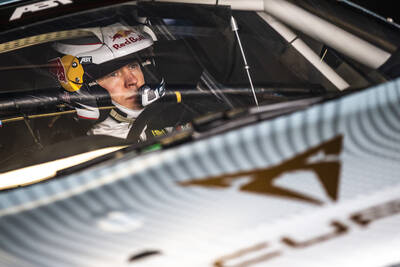 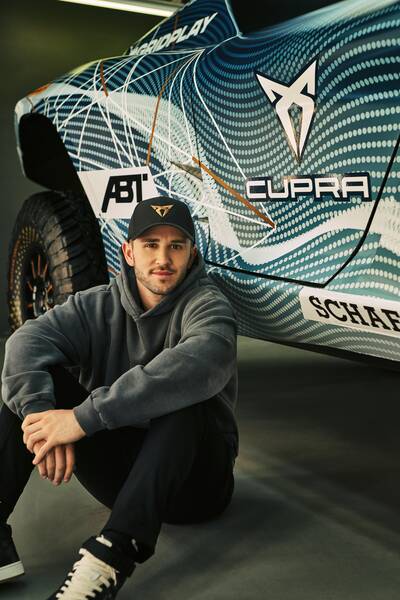 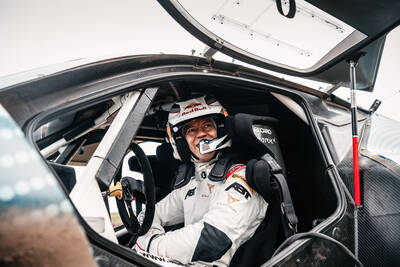 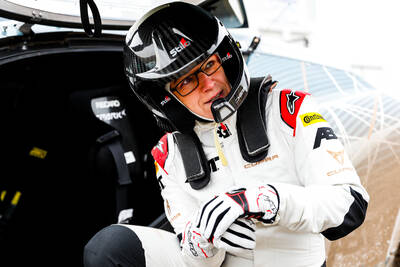 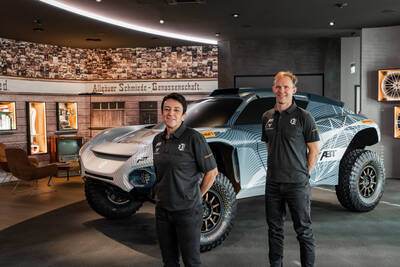 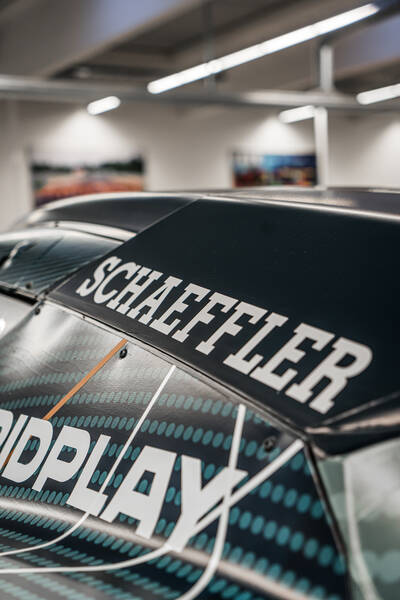 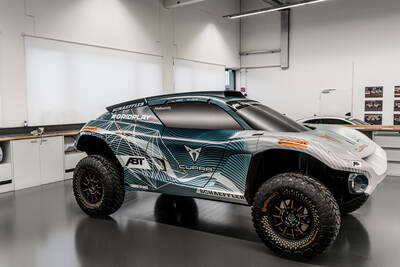