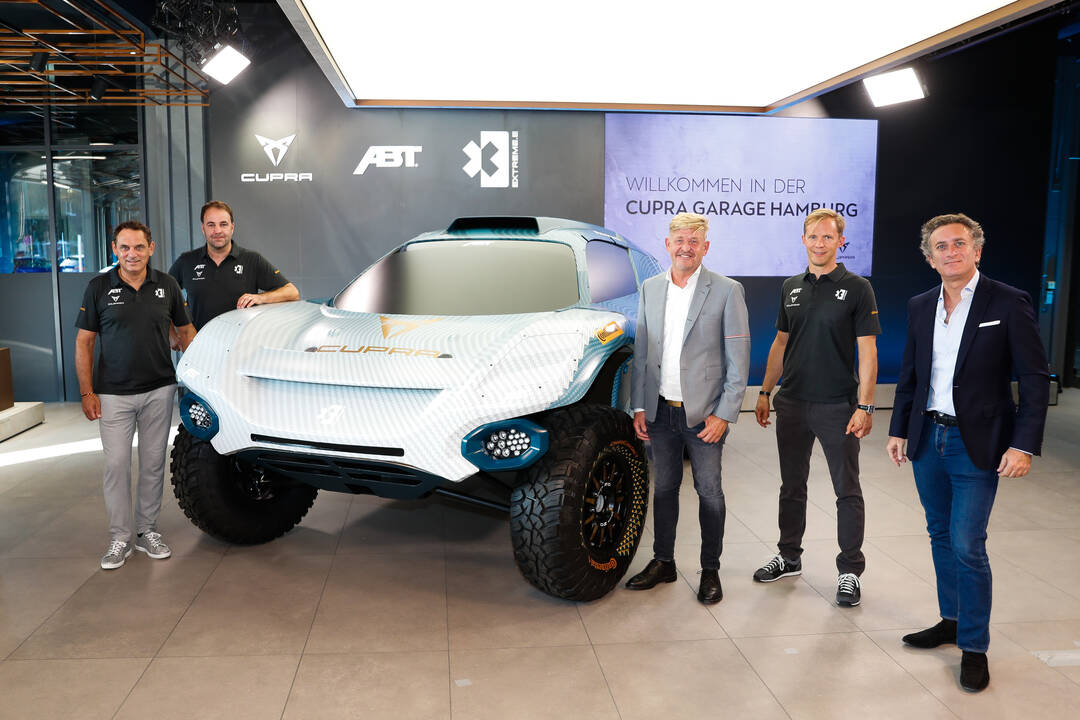 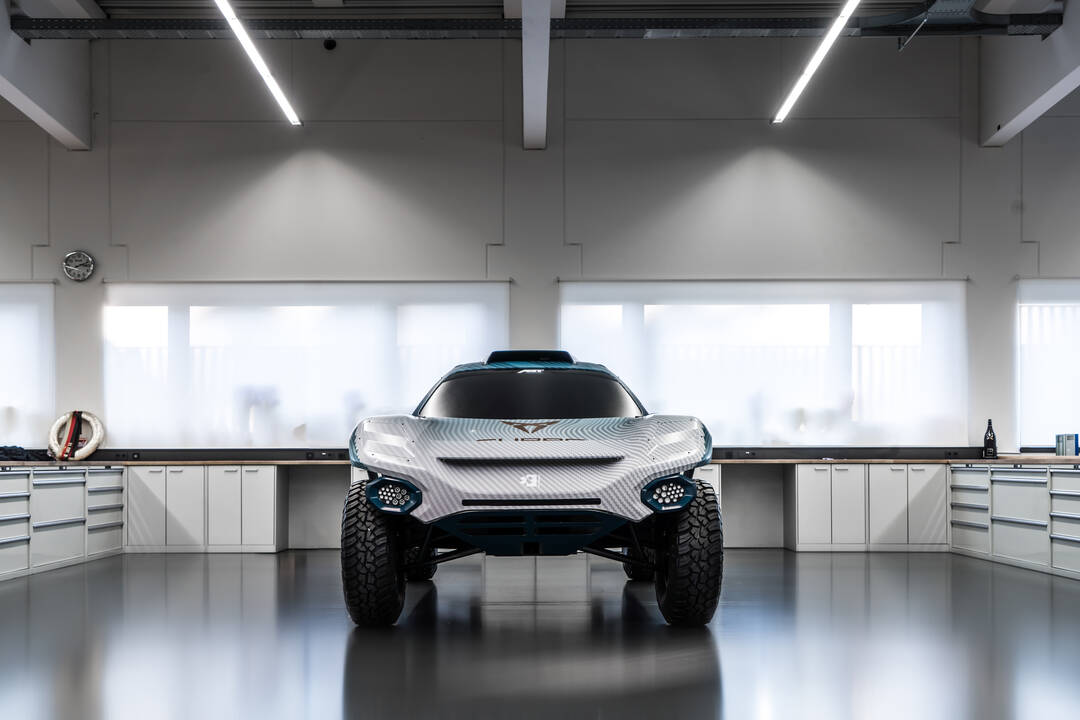 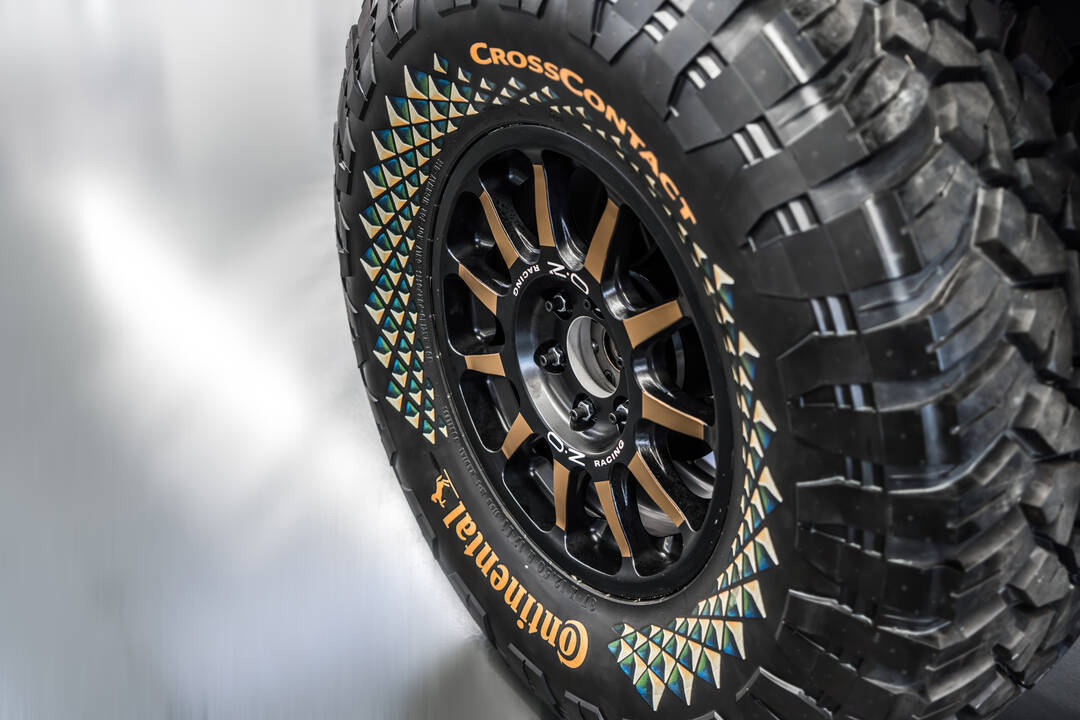 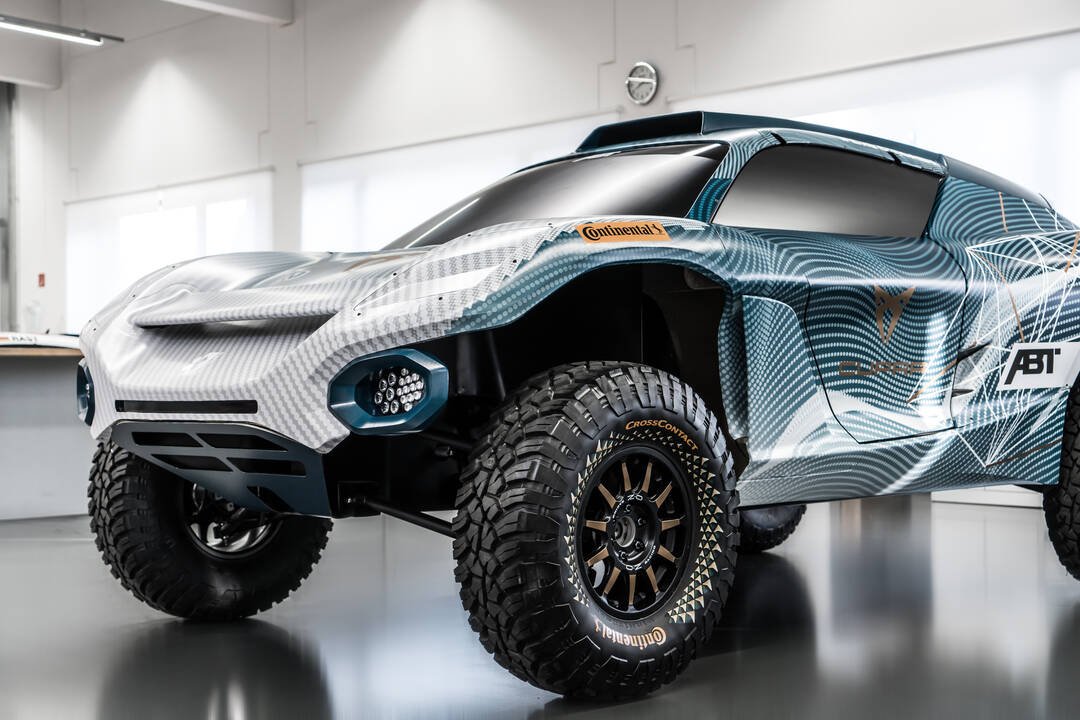 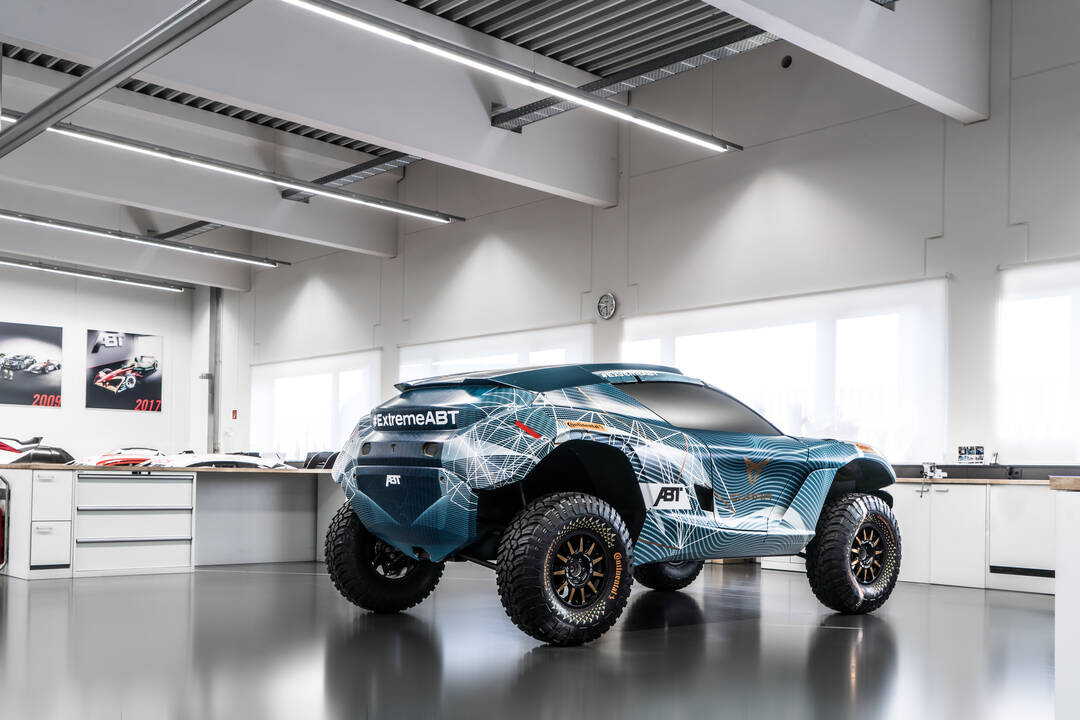 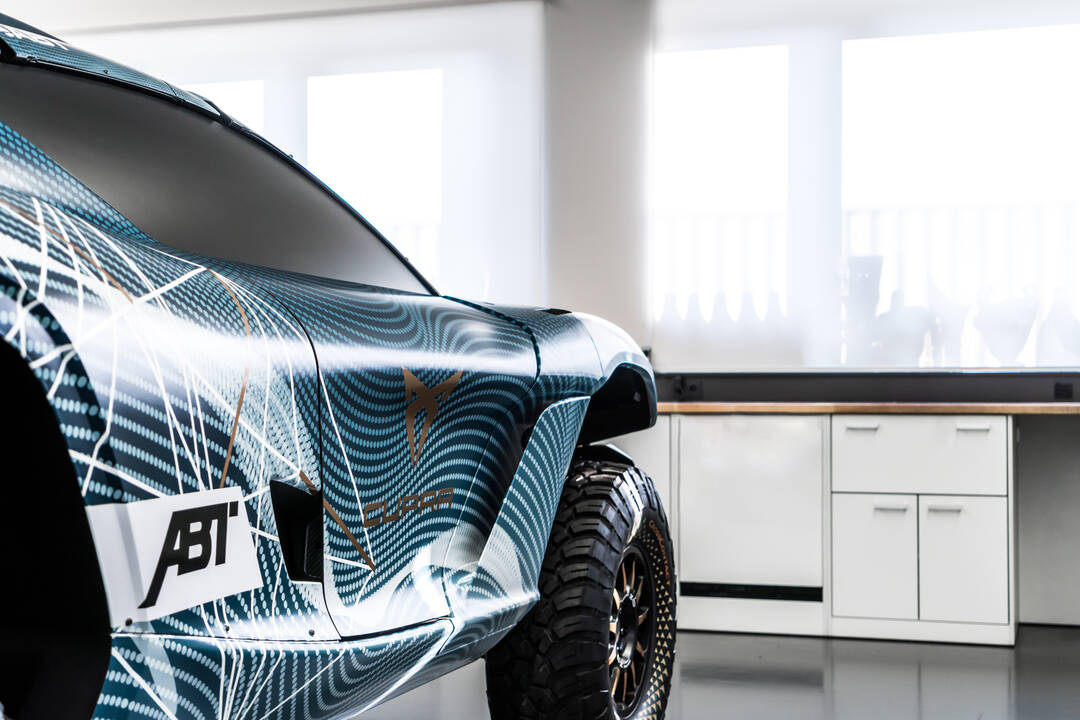 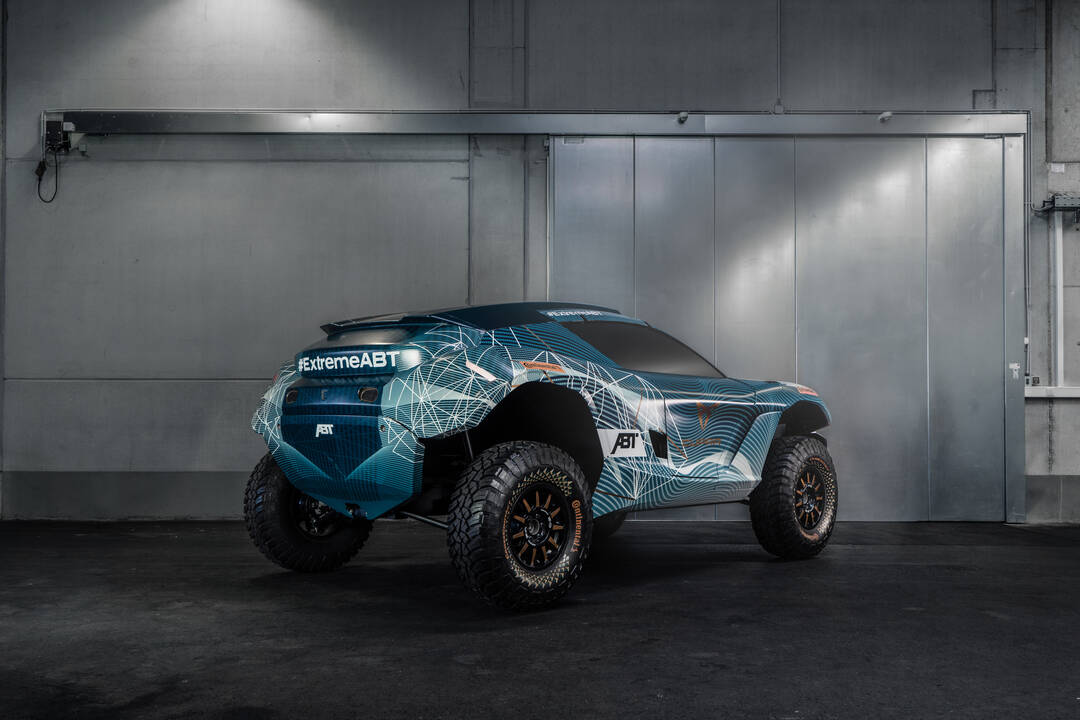 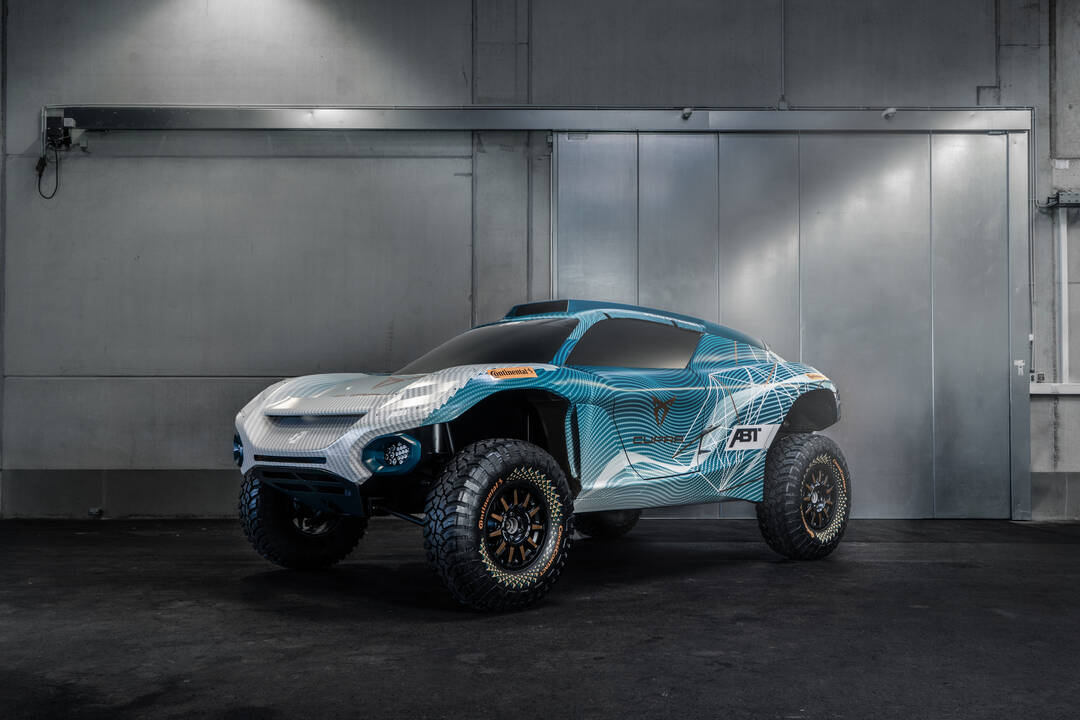 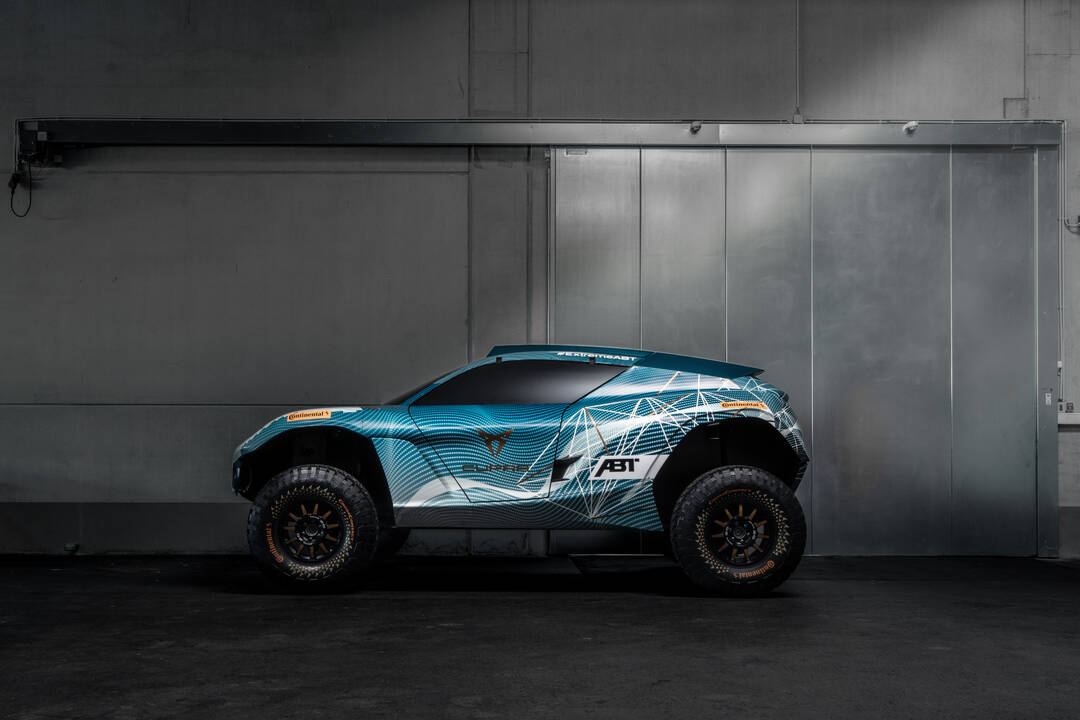 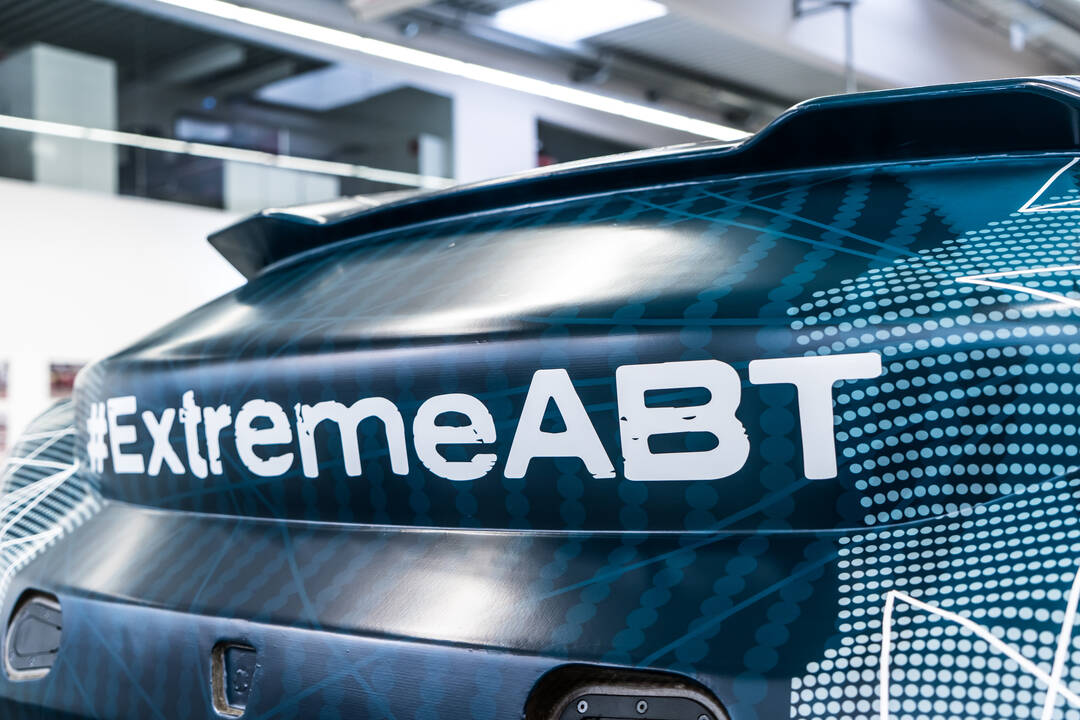 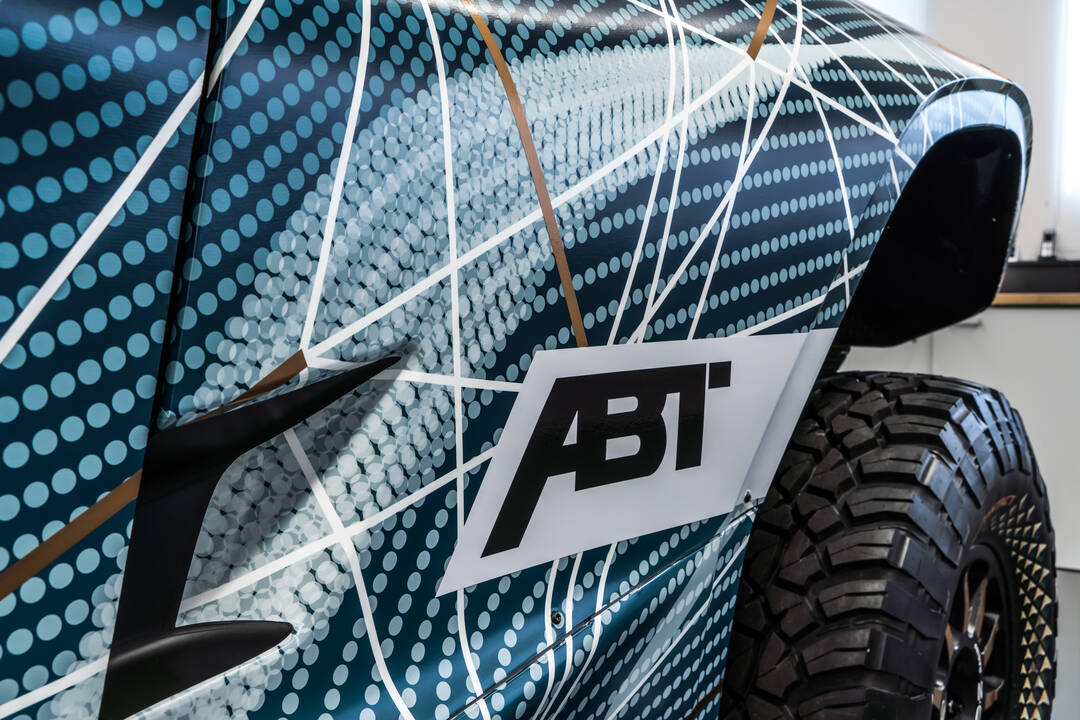 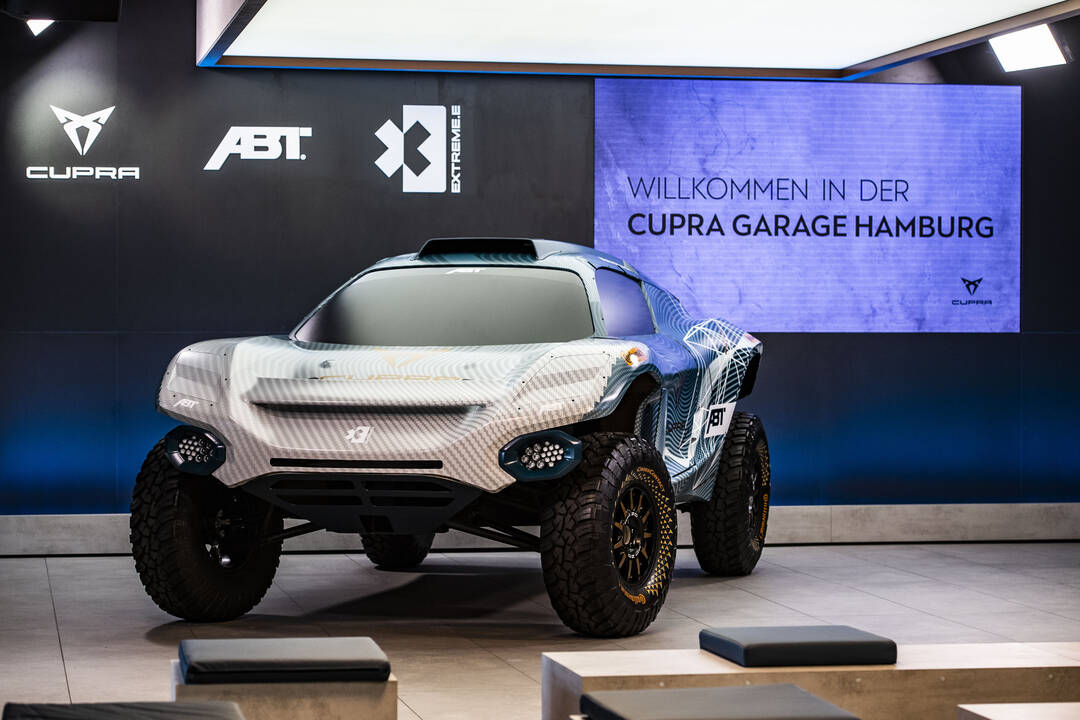 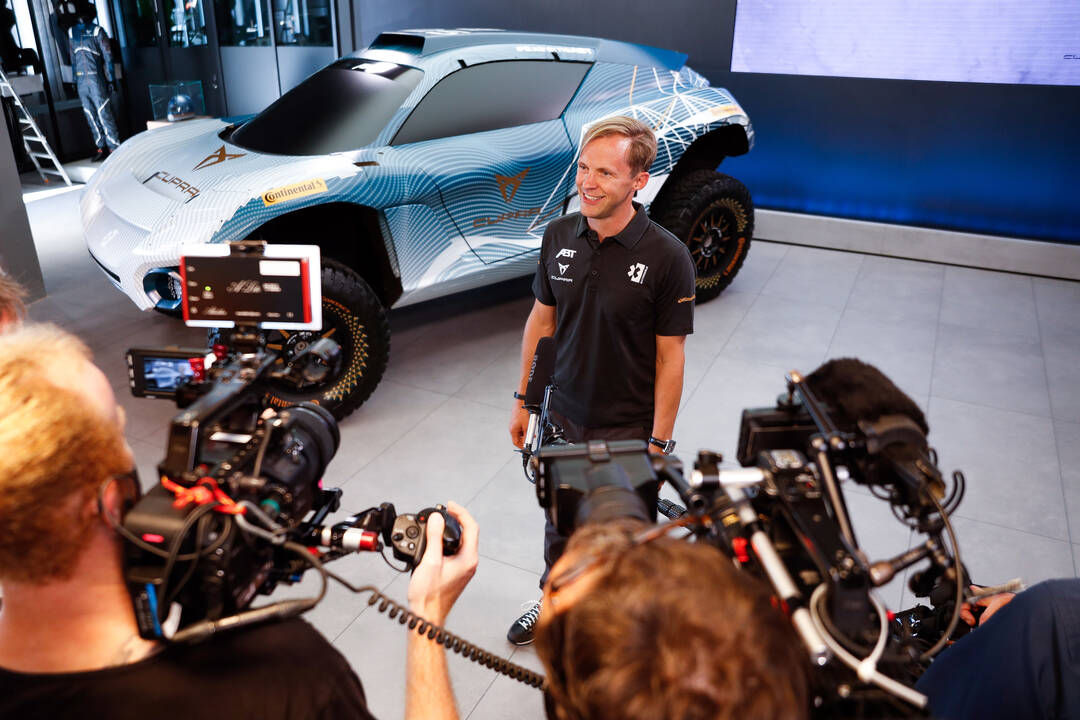 ABT starts in new racing series with CUPRA and Mattias Ekström

ABT Sportsline is taking on perhaps the most spectacular challenge in international motorsport: the company is competing in the Extreme E racing series, which will be running with purely electric SUVs from early 2021. At spectacular locations such as Brazil, glaciers or Greenland, eight teams, each with one woman and one man as the drivers in the team, will be competing against each other, while at the same time drawing attention to climate change.

ABT Sportsline is taking on perhaps the most spectacular challenge in international motorsport: the company is competing in the Extreme E racing series, which will be running with purely electric SUVs from early 2021. At spectacular locations such as Brazil, glaciers or Greenland, eight teams, each with one woman and one man as the drivers in the team, will be competing against each other, while at the same time drawing attention to climate change.

ABT is tackling the new project together with a top-class partner: the sporty brand CUPRA will be represented with its design on the racing car christened as the “ODYSSEY 21”. CUPRA and ABTSportsline have already been close and successful partners for years in the refinement of road cars.

The topics of electric mobility and sustainability have been part of daily business at ABT Sportsline for a decade now. The subsidiary ABT e-Line develops and produces electrified versions of the Caddy and Transporter models in cooperation with Volkswagen Commercial Vehicles. ABT was a founding member of Formula E as the only German team and is still the most successful team in the international racing series after six seasons.

“We love innovation, competition, e-mobility and the feeling of being a pioneer in something completely new,” says managing partner Hans-Jürgen Abt. “That is why we were involved in Formula E from the very beginning in 2014 and why we also decided to become a member of the Extreme E family. With CUPRA, we now have a partner at our side who, just like us, firmly believes in the revolutionary concept, both in the sporting field and in terms of marketing off the track.”

“CUPRA and ABT Sportsline are long-term partners. We both aim to transfer the passion of the track onto the streets, and we have wide experience in the world of e-racing. Now we are reinforcing our partnership with our joint participation in the Extreme E, which for CUPRA represents the brand’s challenger attitude in the racing world and its ambition to explore new motorsport experiences”, says CUPRA CEOWayne Griffiths.

Extreme E, CUPRA, ABT – in this combination, a wish of many motorsport fans will also come true: CUPRA brand ambassador Mattias Ekström will return as a driver to his team ABT Sportsline. The Swede is considered as one of the best and most versatile racing drivers in the world and was already a member of the Kempten-based DTM team from 2001 to 2017. He celebrated two titles with them, and in 2016 he also became FIA World Rallycross drivers’ champion. Ekström has been an ambassador for the CUPRA brand for a year now.

“It feels a bit like coming home,” says Mattias Ekström. “Twenty years ago, the DTM was a great challenge which we mastered together. Now, it is high time for a new adventure: Extreme E. I think the concept is ingenious and I am sure that we have a strong team together with CUPRA and ABT.”

Extreme E is unlike anything we have seen in motorsport before. The series brings electric motorsport to the most spectacular and famous places in the world, in order to demonstrate the performance of purely electric SUVs and to draw attention to the challenges of the respective ecosystems.

Alejandro Agag, Founder and CEO of Extreme E, comments: “We’re delighted to welcome CUPRA on-board as Extreme E’s first automotive partner, an announcement that truly underscores ABT Sportsline’s commitment to the series. Both brands are trailblazers in the domain of electrification, and this marks another step in the right direction towards sparking a genuine change in the wider automotive market. It is also great news to confirm Mattias Ekström as a driver for Extreme E’s first season in 2021. His racing record speaks for itself, and having proven his ability in touring cars and rallycross, I have no doubt that he will rapidly get to grips with both the ODYSSEY 21 and the unique challenge posed by Extreme E. I look forward to seeing him in action.”

An off-road course of about eight kilometres in length will be driven, on which several gates have to be passed. Each event consists of two racing days. On Saturdays, the qualifying races will be held, and on Sundays the semi-finals and finals will take place. The special element of suspense: each team’s driver pairing consists of one woman and one man, who take turns in the cockpit. Mattias Ekström’steammate will be announced by ABT Sportsline at a later date. 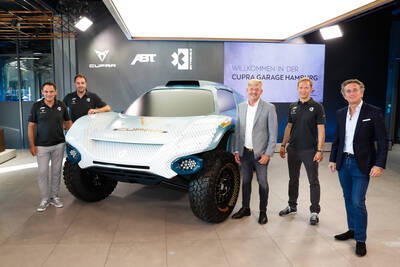 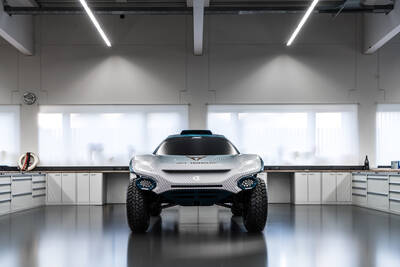 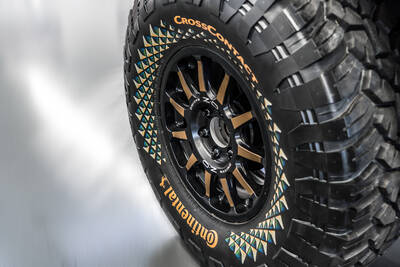 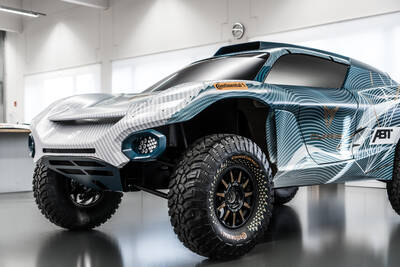 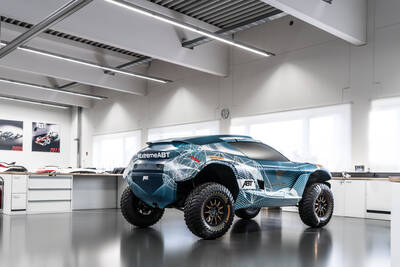 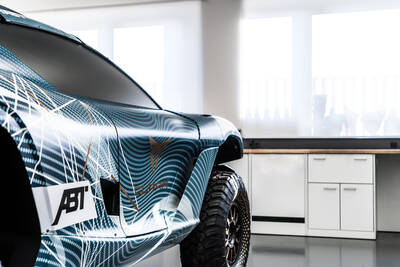 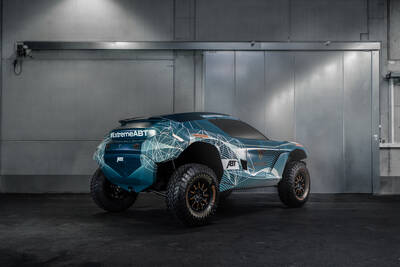 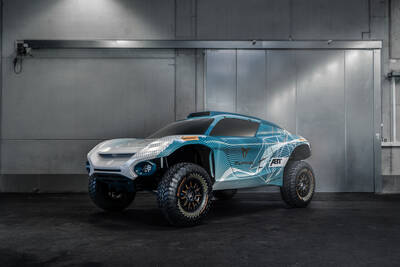 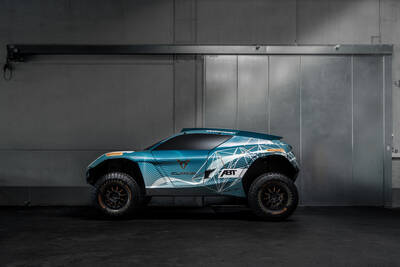 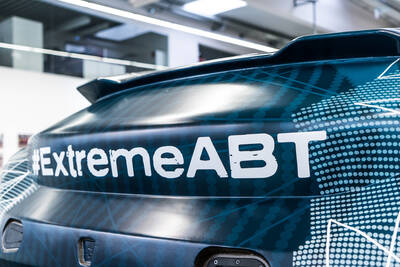 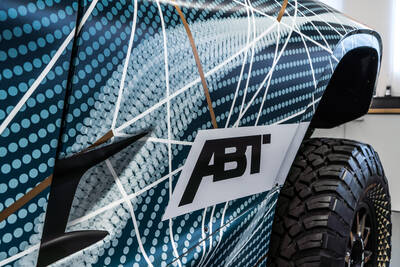 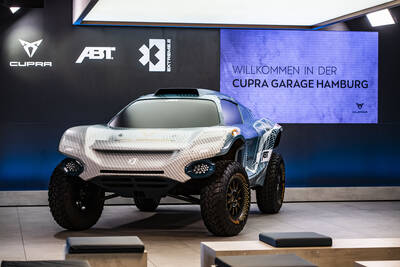 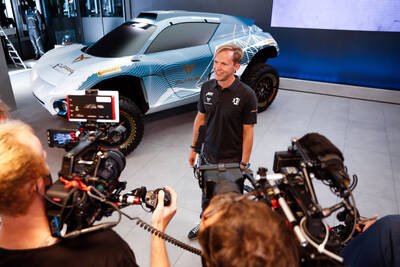