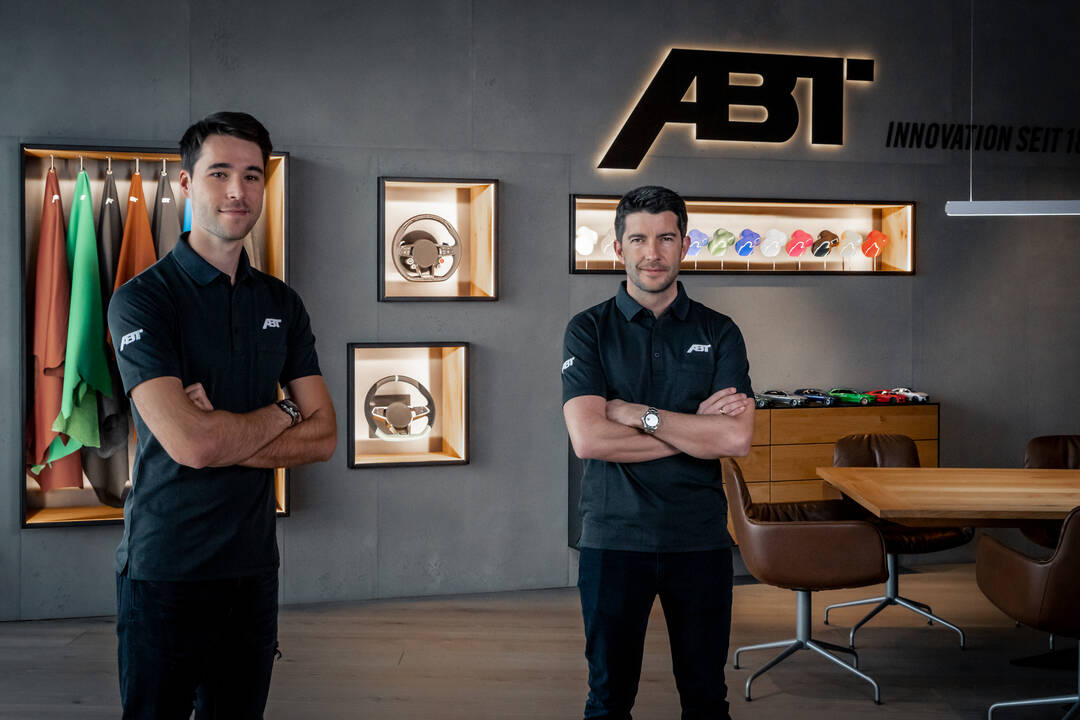 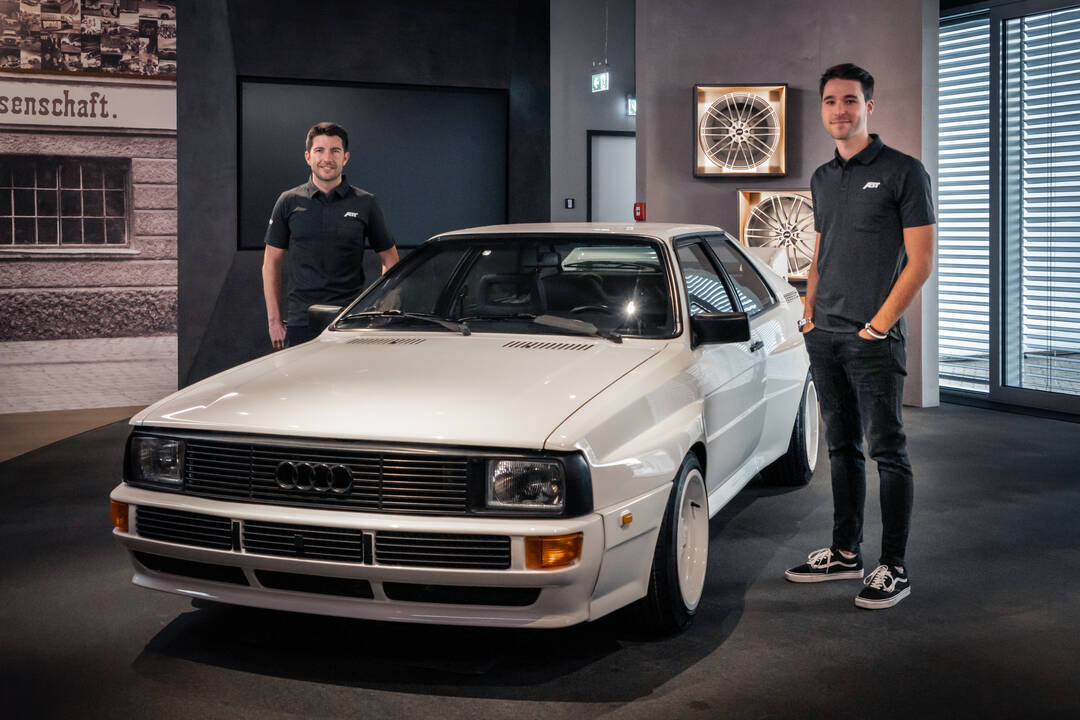 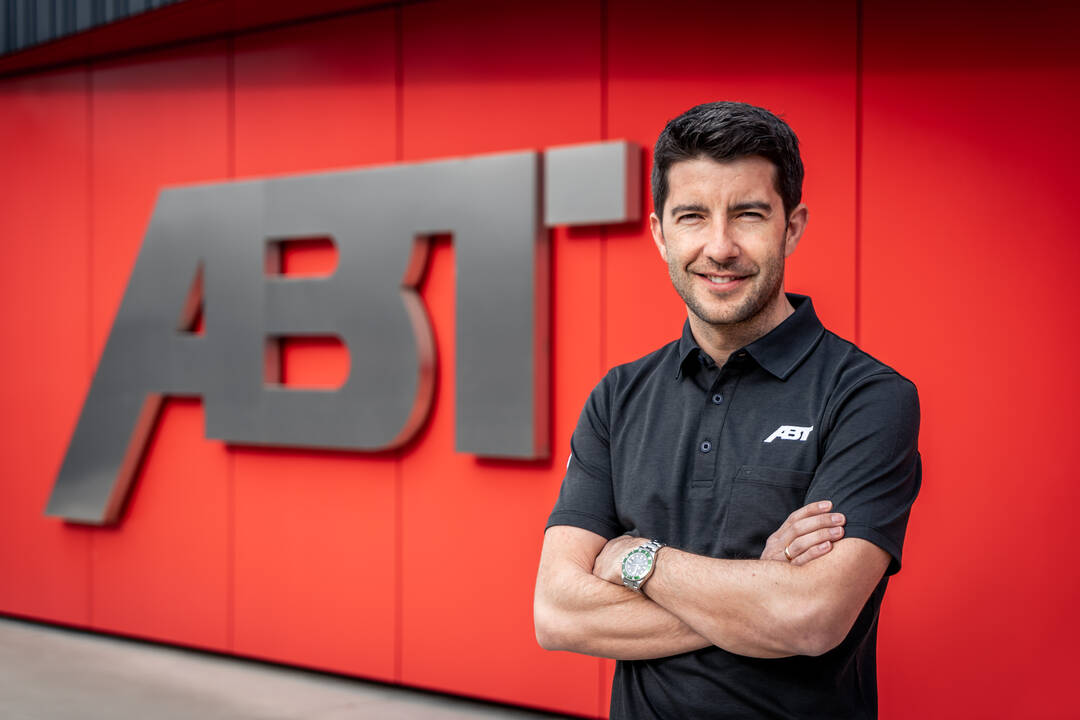 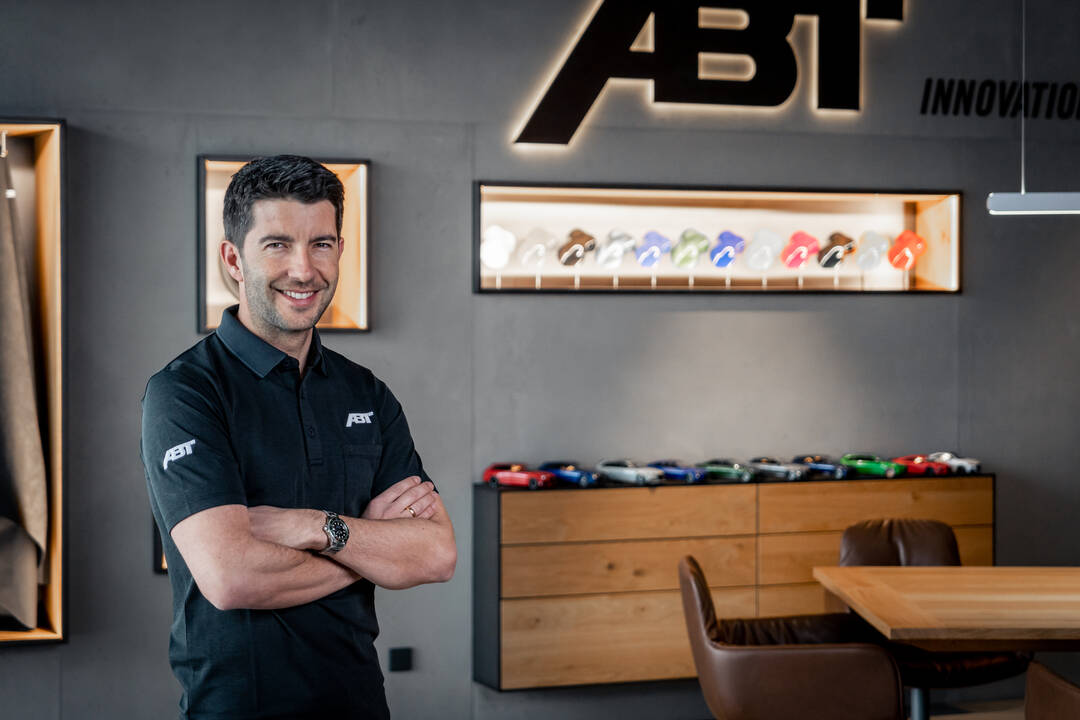 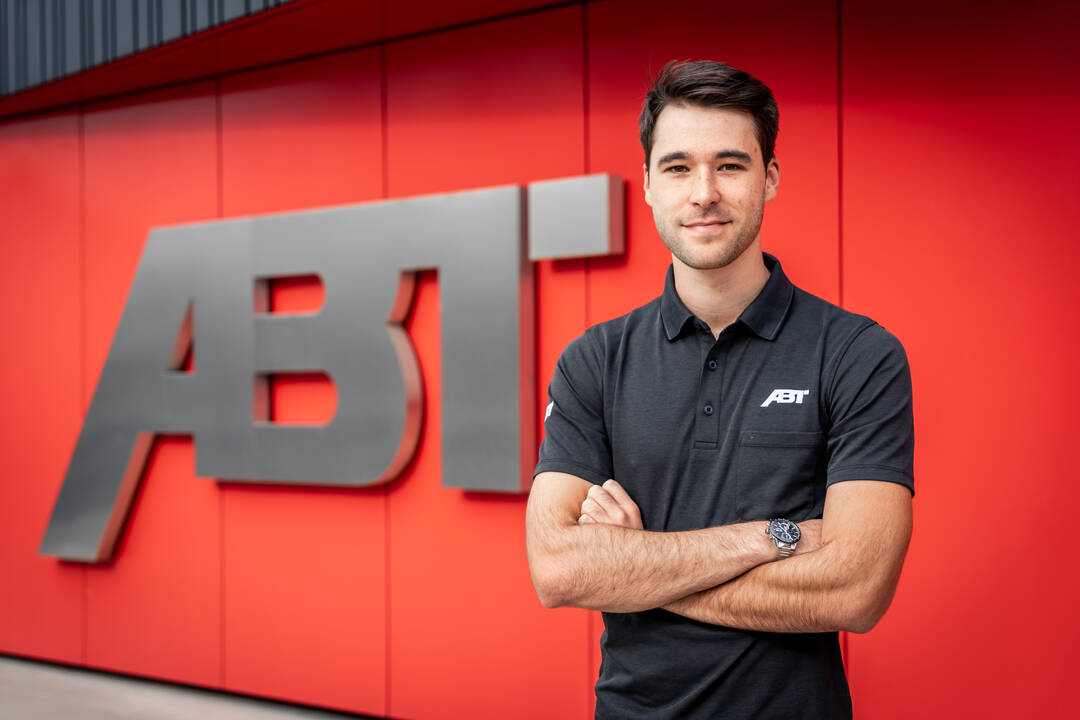 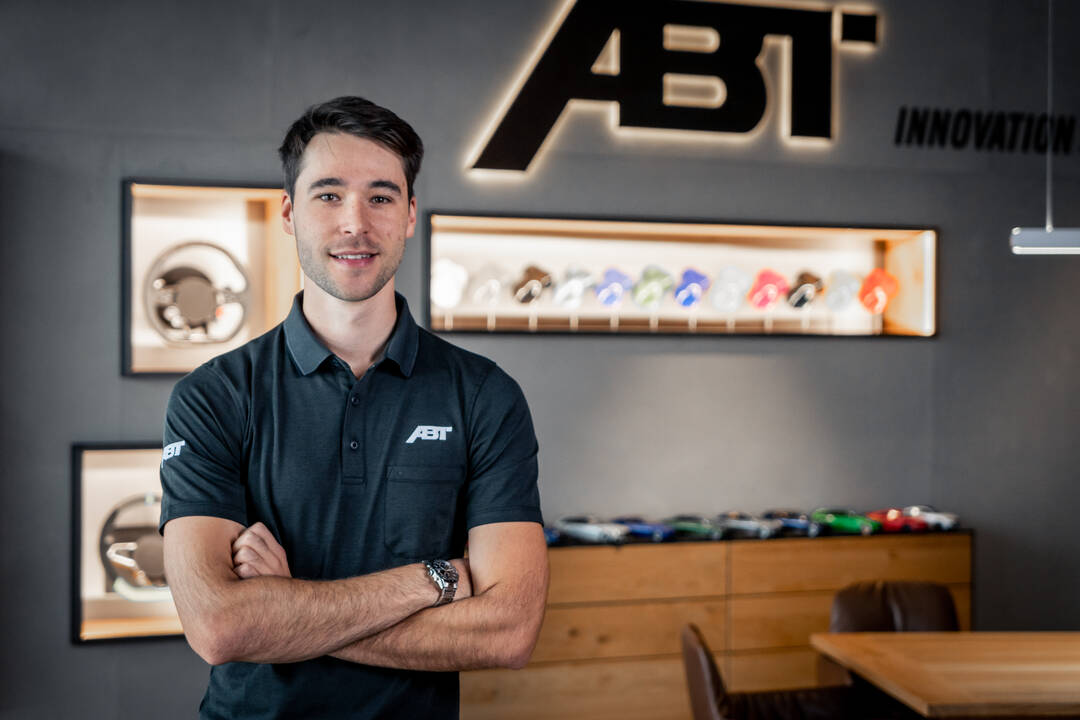 Rockenfeller and van der Linde racing for ABT in the DTM

ABT Sportsline is starting the new season of the DTM, which begins at Monza, Italy, in June, with a veteran and a rookie: Mike Rockenfeller, 2013 champion, will be racing together with South African DTM newcomer Kelvin van der Linde. As early as next week, the two drivers will be sitting in the cockpits of the two Audi R8 LMS cars fielded by the Kempten-based team during testing at Vallelunga.

ABT Sportsline is starting the new season of the DTM, which begins at Monza, Italy, in June, with a veteran and a rookie: Mike Rockenfeller, 2013 champion, will be racing together with South African DTM newcomer Kelvin van der Linde. As early as next week, the two drivers will be sitting in the cockpits of the two Audi R8 LMS cars fielded by the Kempten-based team during testing at Vallelunga.

“The combination of an experienced and successful DTM driver and a proven expert in the Audi R8 LMS is ideal for our commitment in the DTM,” says managing partner Hans-Jürgen Abt. “We know both guys well and respect each other. The chemistry is simply right.”

Mike Rockenfeller (37) returns to ABT Sportsline with the experience of a whopping 191 DTM races. He already competed for the team in the 2011 season and also celebrated his first-ever DTM victory during their time together. Two years later, he clinched the title. “ABT is a permanent fixture in the DTM, something special. They have always shown that they can race for the title and have unique motivation,” says Rockenfeller. “I think it’s really cool that we’re now competing together again. I’m excited about the new DTM season and think it’s going to be really good.”

Kelvin van der Linde is starting his first DTM season. The 24-year-old South African has been part of the Audi family for years and is also involved in the Formula E project. With the Audi R8 LMS, he has twice won the ADAC GT Masters, as well as various endurance races, including the 24-hour classic at the Nürburgring. “For me, competing in the DTM is a dream come true and I’m very grateful to be given this opportunity,” says van der Linde, who now lives just a five-minute drive from ABT Sportsline in Kempten. “I know the R8 LMS extremely well, so this exciting phase of the DTM is the perfect moment for me.”

Even though the DTM season is not scheduled to begin until June, preparations at ABT Sportsline are already in full swing. At a joint workshop in Kempten, Rockenfeller and van der Linde have already gotten to know their team of engineers and mechanics. On the agenda: defining all of the processes, determining the testing plans, swearing in to the common goals and, of course, a Bavarian snack with veal sausage. “Mike knows the DTM inside out after 14 years and Kelvin knows every little detail of the Audi R8 LMS, I believe that with this duo and our team, we will have a strong entry to compete with,” says Thomas Biermaier. For the CEO and Sport Director of ABT Sportsline, it is precisely this team spirit that plays a decisive role alongside the sporting qualities of his drivers. “You can already guess how high the level of competition will be in the DTM this year. We want to play a decisive role, win races and compete for the title. This is only possible with complete passion and teamwork, as we have been living at ABT for many years.”

This also applies to the two DTM drivers. “Kelvin is certainly an absolute benchmark in GT racing and especially with the Audi R8 LMS, which also helps the team and me enormously,” says Rockenfeller. “In return, I bring my experience from the DTM with me, so we’re well positioned.” Kelvin van der Linde even has a very special relationship with his new teammate: “In 2014, I was allowed to drive the DTM race taxi for Audi for the first time, which was wrapped in the design of Mike’s champion car from the previous year. The picture from that day still hangs on my wall.” 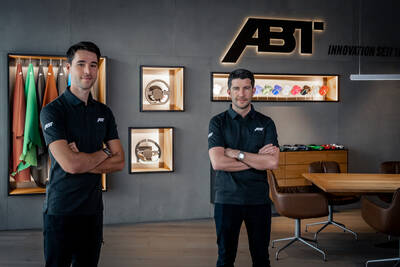 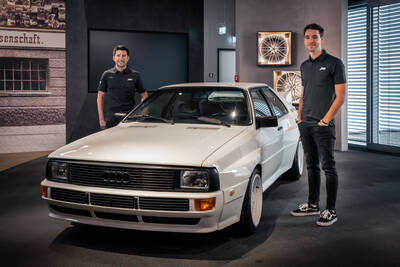 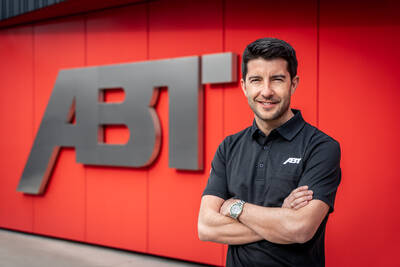 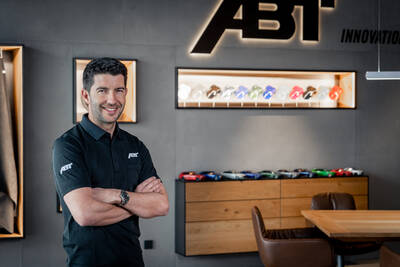 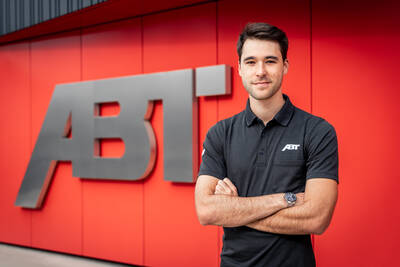 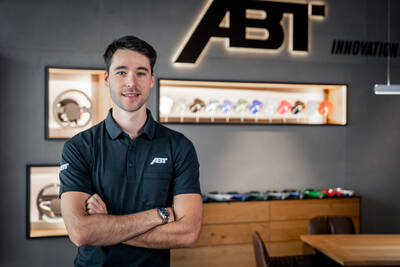