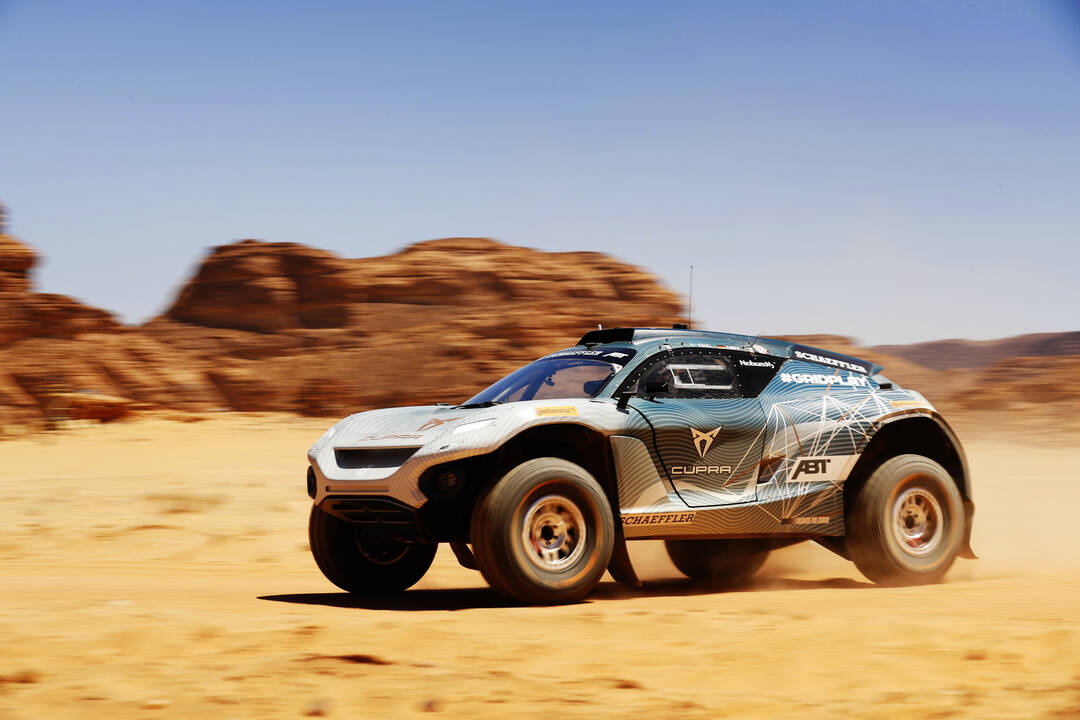 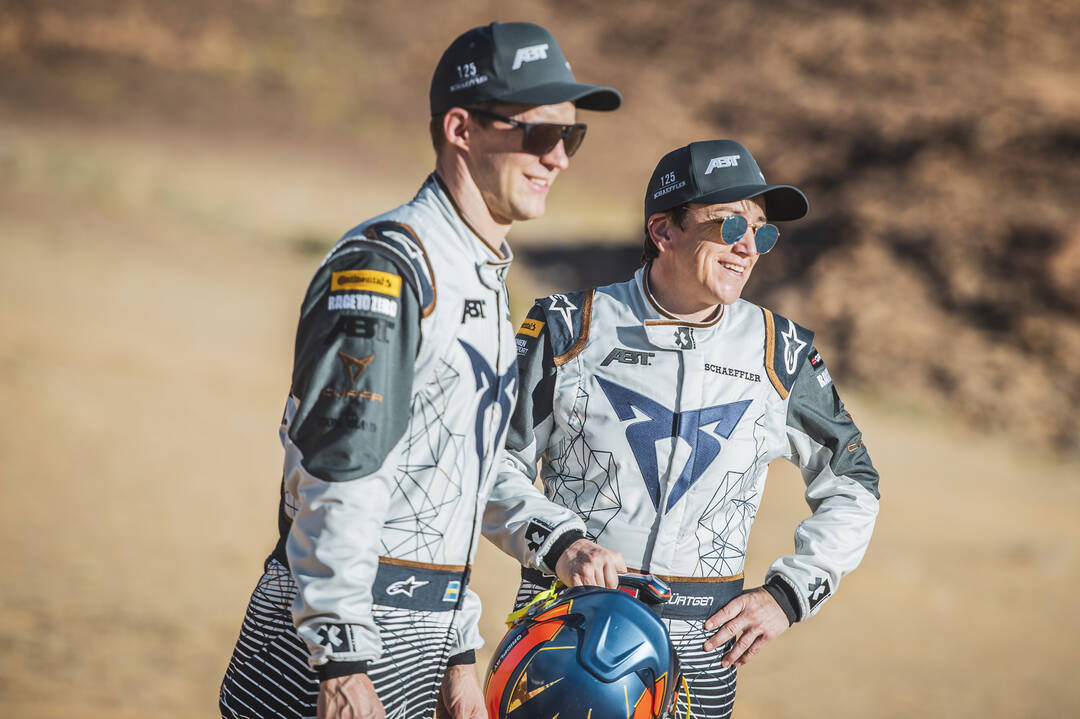 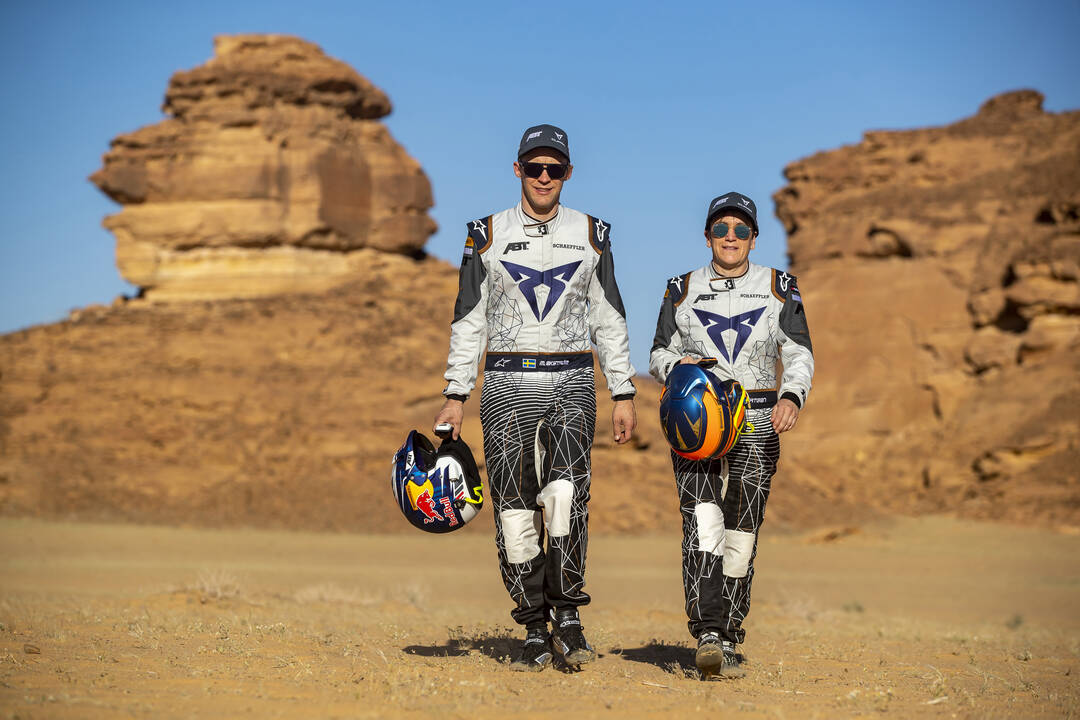 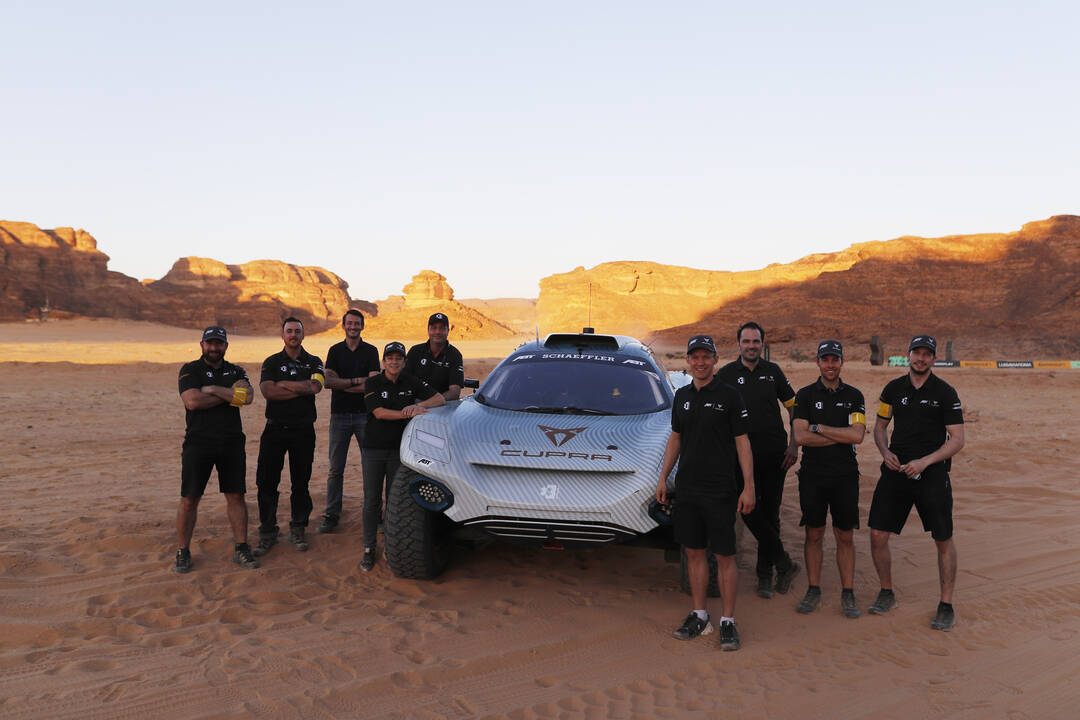 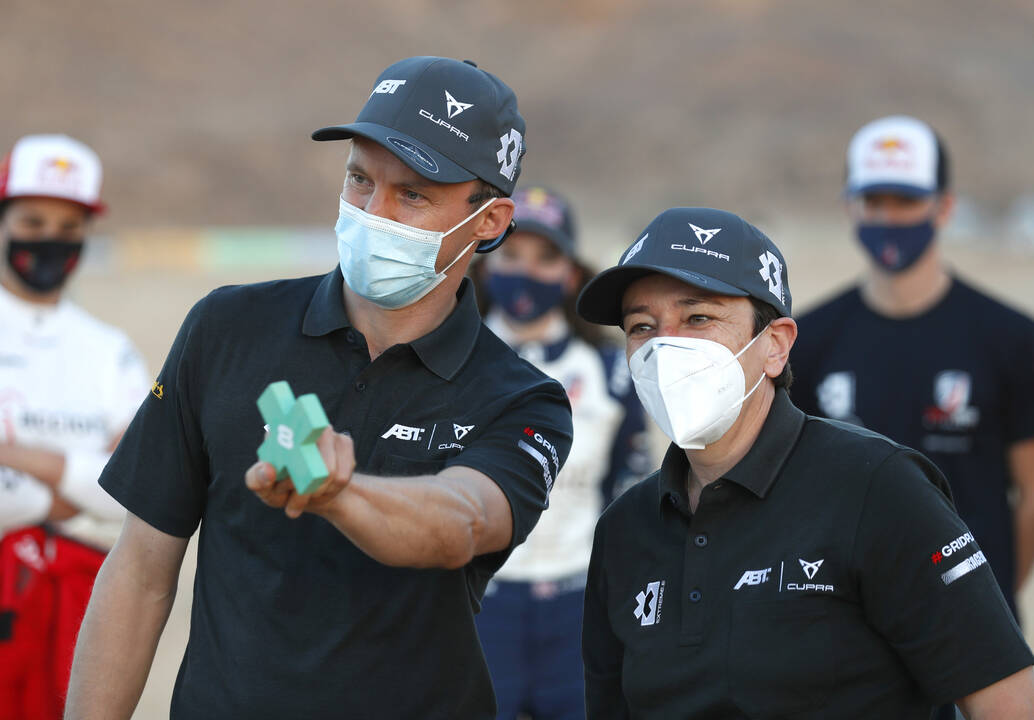 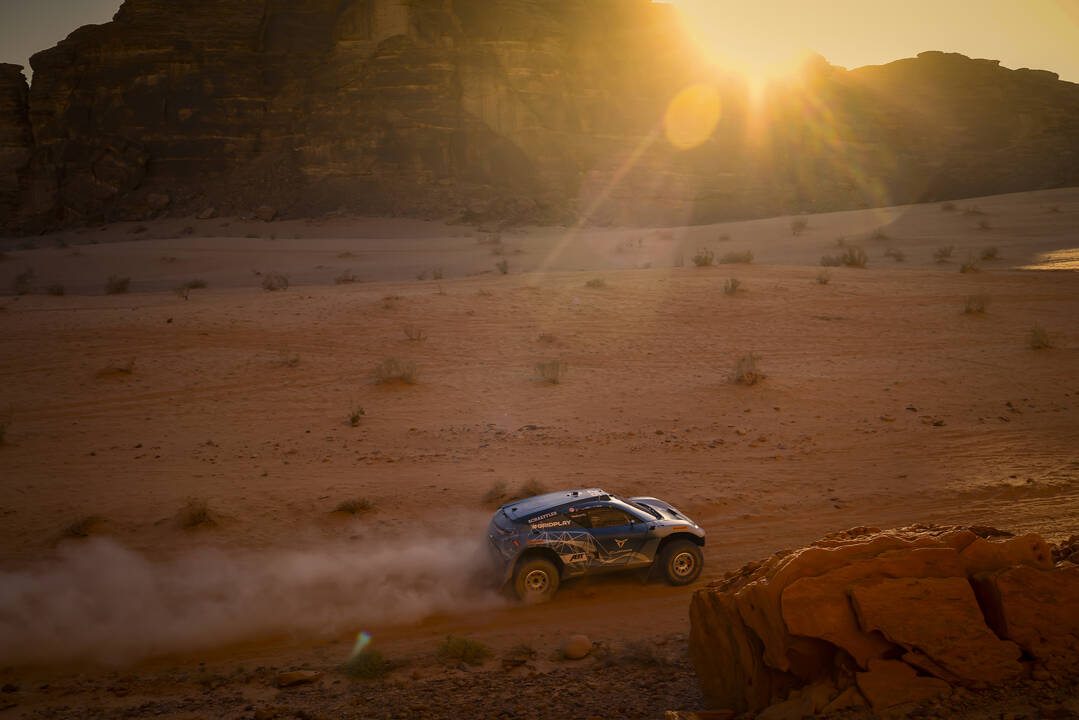 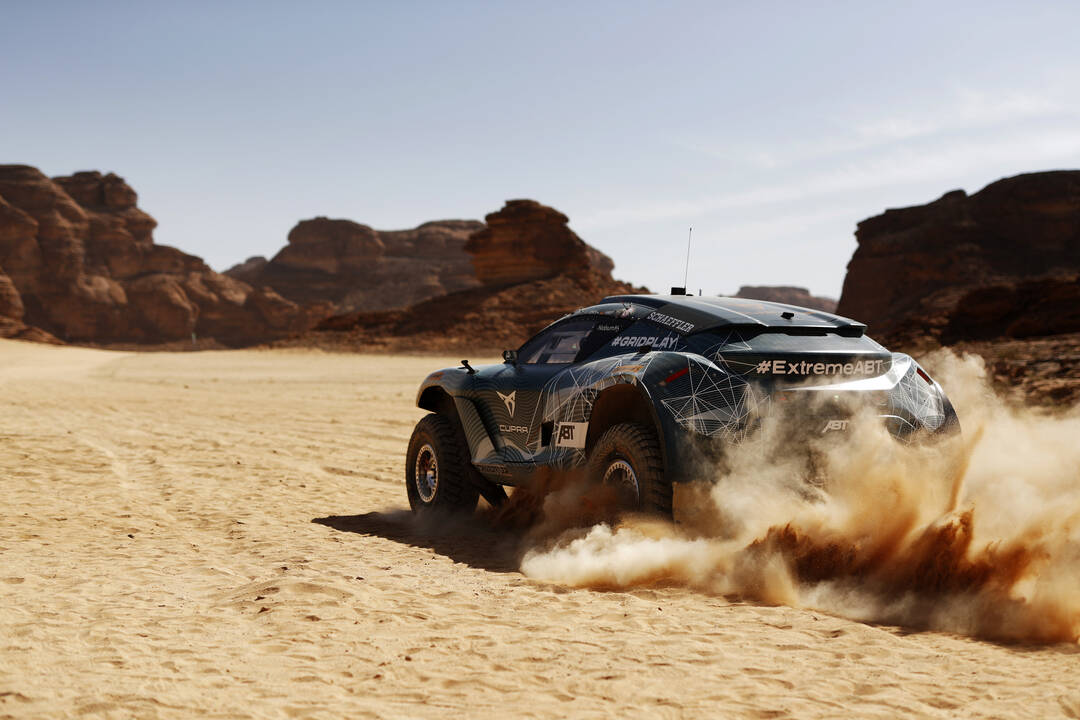 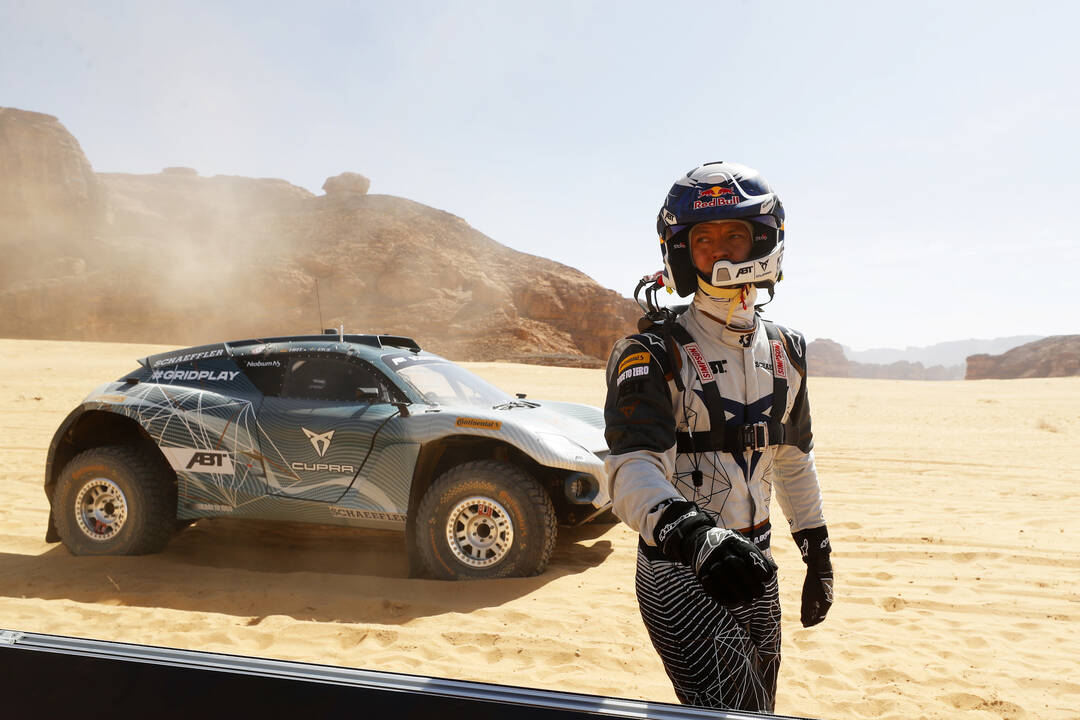 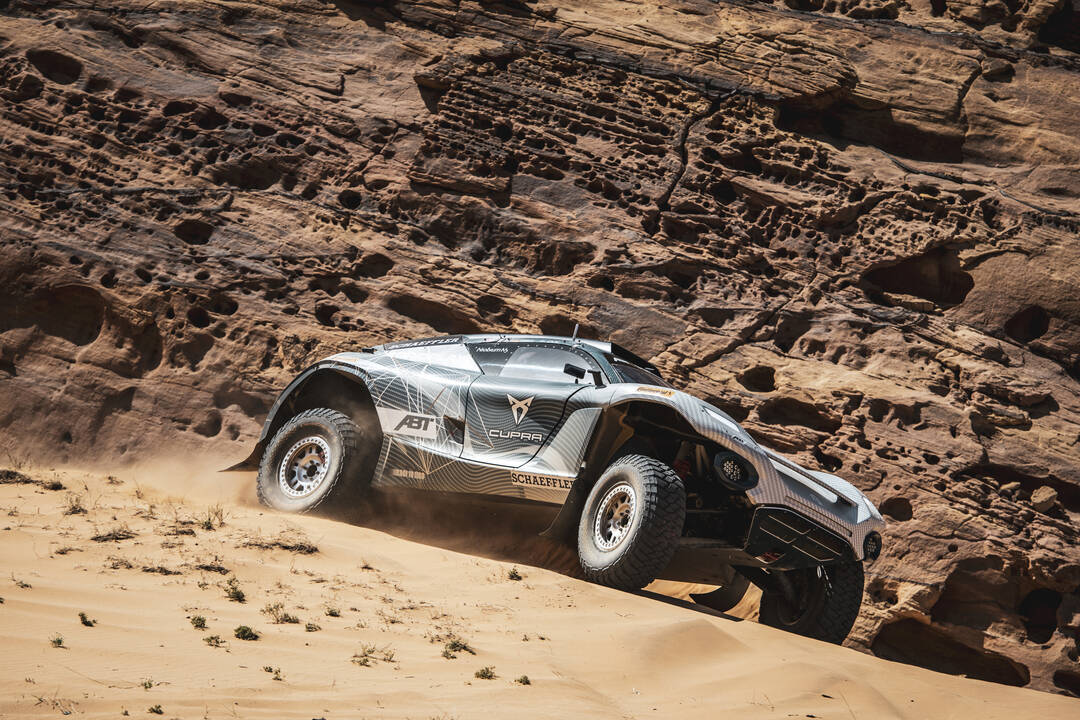 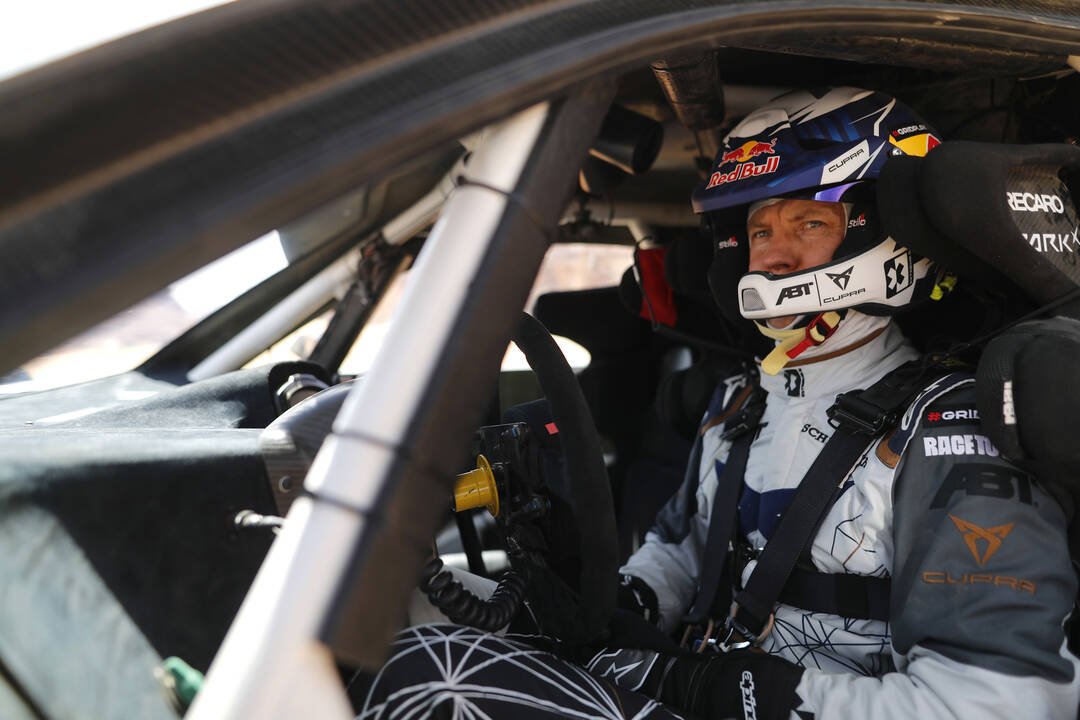 ABT CUPRA XE fights for trophies at the Ocean X Prix

Off to the next adventure: This weekend, Extreme E (29/30 May) will be competing on the Atlantic coast of Senegal. After a chaotic season opener in the Saudi Arabian desert at the end of March, Claudia Hürtgen and Mattias Ekström want to attack and fight for trophies with their ABT CUPRA XE team.

Off to the next adventure: This weekend, Extreme E (29/30 May) will be competing on the Atlantic coast of Senegal. After a chaotic season opener in the Saudi Arabian desert at the end of March, Claudia Hürtgen and Mattias Ekström want to attack and fight for trophies with their ABT CUPRA XE team.

“The first event was a very special experience for our team, but it turned out differently to what we had hoped for,” says ABT CEO Thomas Biermaier. In Saudi Arabia, the car first rolled over in qualifying due to a technical defect and had to be completely rebuilt overnight in record time. On race day, Claudia Hürtgen had to retire from the race after a competitor made contact with her, through no fault of her own.

Nevertheless, positive insights were gathered. “We saw strong performances from Claudia and Mattias on the track and a fantastic team spirit from the crew in the paddock,” says Biermaier. “That’s why our goal remains the same: we want to have a clean Saturday with the heats and then move into the final. Bringing home a trophy from Senegal would be a great reward for everyone after a tough start to our Extreme E adventure together.”

The site at the famous Lac Rose is about 30 kilometers east of the Senegalese capital Dakar. Beach, sandbanks, salt beds, gravel and forest sections between the lake and the Atlantic Ocean form the terrain for the second of a total of five rounds this season. More races in Greenland, Brazil and Patagonia are planned until the end of the year.

Claudia Hürtgen: “We are simply starting the season once again”

“Our wild weekend in Saudi Arabia is behind us and now we are just beginning the season again in Senegal,” says Claudia Hürtgen. After her two accidents at the end of March, the only German driver in the series is fit again and ready for the next challenge. “From the series’ point of view, I thought the season opener was very successful: Extreme E really manages to combine the themes of racing and raising awareness for the environment in a great way. I received a lot of positive feedback.” Claudia Hürtgen prepared for Senegal with a few off-road days and is now also paying special attention to the inspection of the 6.260-kilometer track: “This is a very decisive factor of the weekend, because we have very little time to learn the course properly. There’s the track inspection, then a short free practice session and then it’s on to the important qualifying heats.”

Mattias Ekström looks back on the season opener in Saudi Arabia with a smile. “Off of the track, it was probably the craziest thing I’ve done in my career so far.” The Swede spent hours working with the mechanics and his teammate Claudia Hürtgen to rebuild the e-CUPRA ABT XE1 in time for Sunday’s race. “The guys looked a bit scared at first when I picked up the tools, but then they realized that I know my way around a bit and could at least be a little help.” Among other things, Ekström got himself in the mood for Senegal by taking part in the Andalusia Rally and presents himself boldly: “At the opener, we had fun and performed well, the only thing missing was a trophy. We are travelling to Africa to win the race.”

Extreme E has succeeded in attracting renowned television partners from all over the world. For example, the BBC, Eurosport, FOX or Sky will broadcast the final races on Sunday. In Germany, ProSieben MAXX will be broadcasting live from Senegal from 4 pm on Sunday, 30 May. The races will be commentated on by Eddie Mielke, who fans already know from the DTM and Formula E broadcasts. The semi-finals on Saturday (from 13:30) and the “Crazy Race” on Sunday (from 12:00) will also be shown live on ran.de, as well as on the Extreme E channels. A complete list of all the channels can be found here: www.extreme-e.com.

Daniel Abt reports live from Senegal

Daniel Abt makes his debut in the Extreme E paddock in Senegal. In his role as CUPRA brand ambassador, the most successful German Formula E driver will be reporting on the brand’s social media channels during the race week, hosting interviews with Claudia Hürtgen and Mattias Ekström and taking a look behind the scenes of the race series for the fans. “I’ve already been following the preparation of our race car in Kempten and now I’m excited to see the action along the coast,” says Abt. The 28-year-old German will also be seen in the broadcasts on ran.de and ProSieben MAXX this weekend.

Racing for a Reason: The Challenges of the Lac Rose Region

Extreme E is not only about motorsport, but also about racing against climate change. Each event is used by the series and teams to draw attention to special challenges in the region. Lac Rose, on the west coast of Africa, is the venue for the Ocean X Prix and draws attention to the threats faced by the oceans: half of the coral reefs and a third of the mangroves and sea grasses have already been lost, leaving coastal ecosystems exposed to erosion, storm damage and food shortages. Important fish stocks are disappearing and plastics, oil spills and chemicals are destroying the marine environment and contaminating food chains. Climate change is causing ocean temperatures to increase, making them more acidic and bleaching coral reefs, melting ice at the poles and endangering the life they harbor. Most importantly, global warming is causing sea levels to rise, putting some islands and coastlines at risk of disappearing altogether.

The best start position in the final can play a deciding factor and that is in the hands of the fans. From 26 May until 60 minutes after the start of the “Crazy Race” on Sunday, fans can vote twice a day via the Extreme E website or on Twitter using the hashtags “#GridPlay #ClaudiaHürtgen” or “#GridPlay #MattiasEkström”. The team with the most accumulated votes from the fans gets to choose its position on the start line. Additional strategic element: The teams that do not reach the final also play an important role by passing on their votes to a team of their choice. 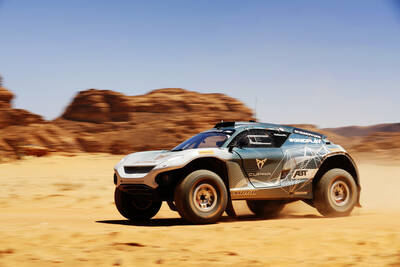 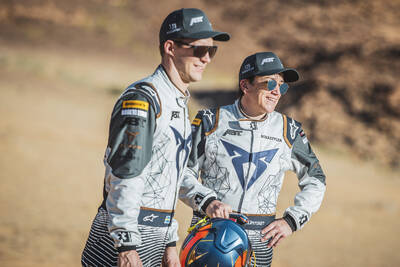 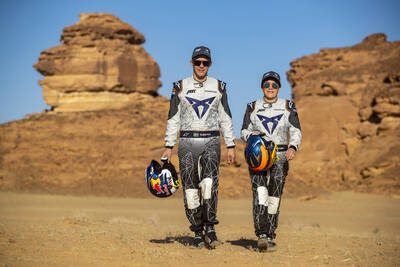 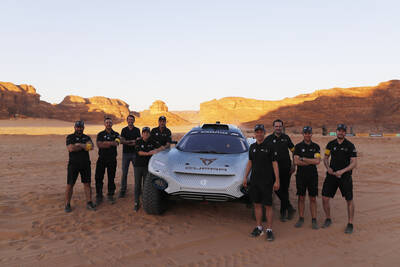 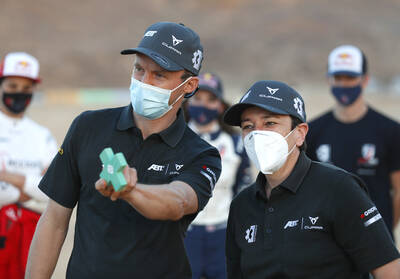 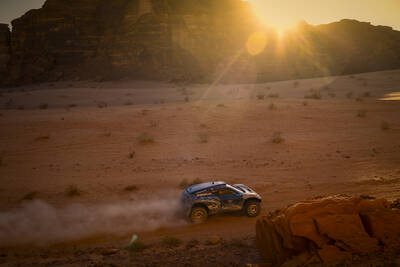 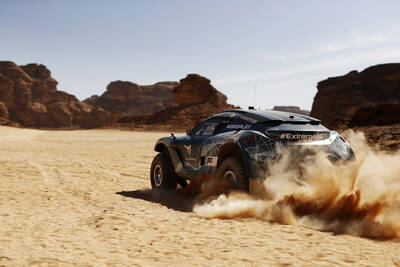 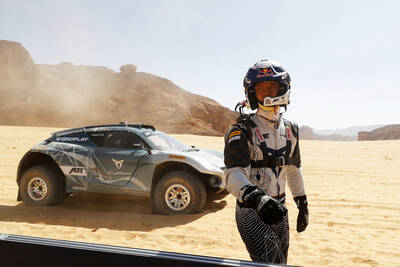 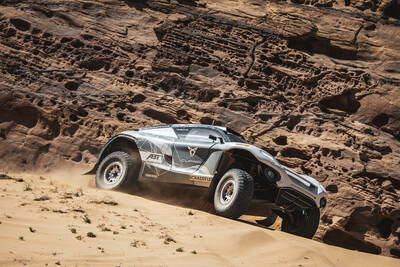 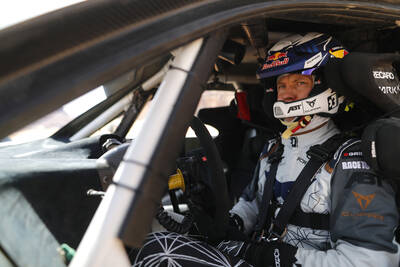