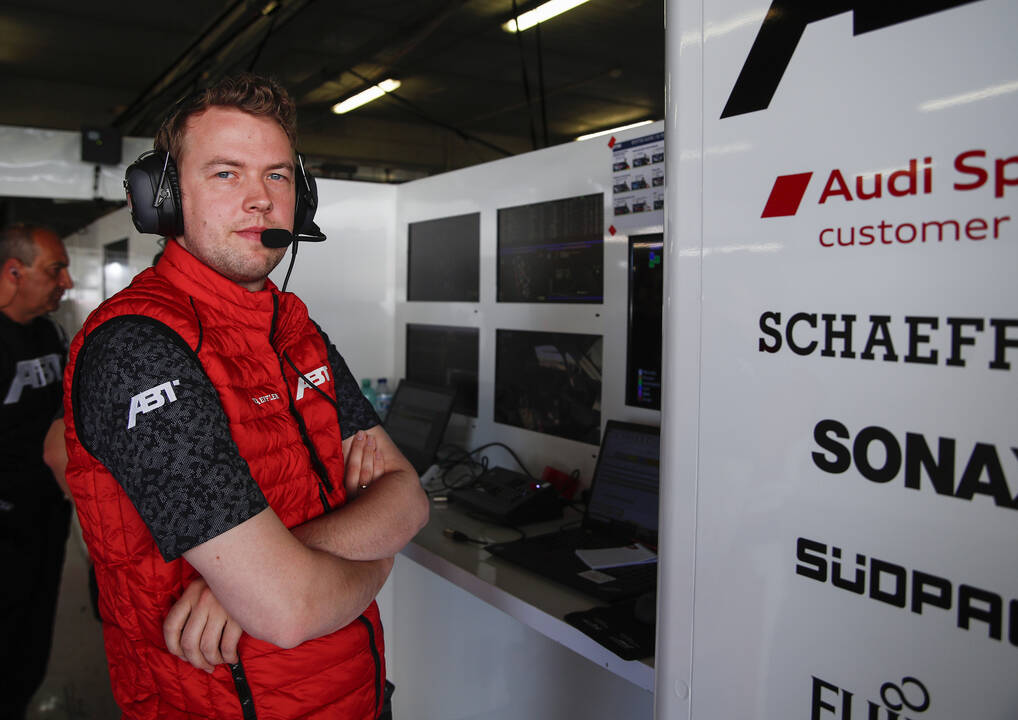 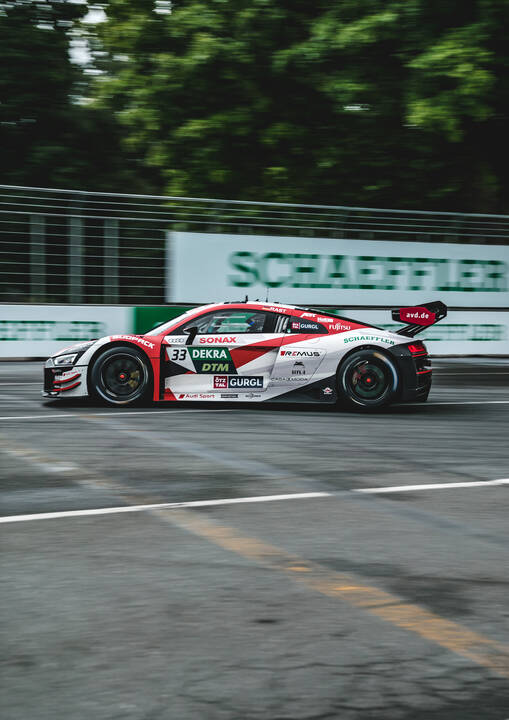 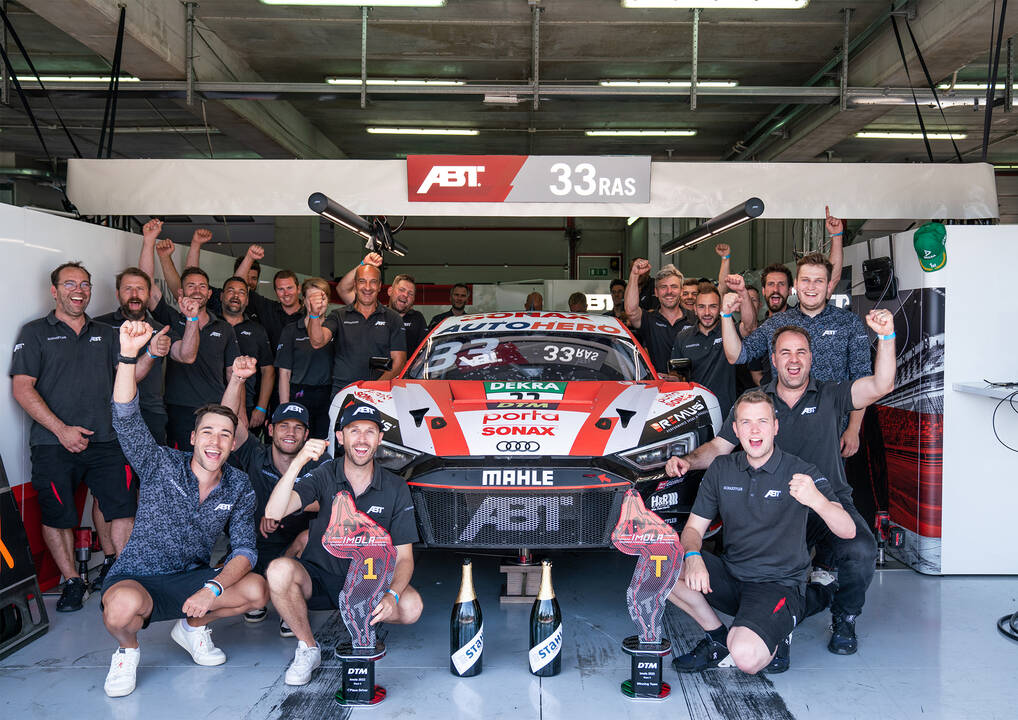 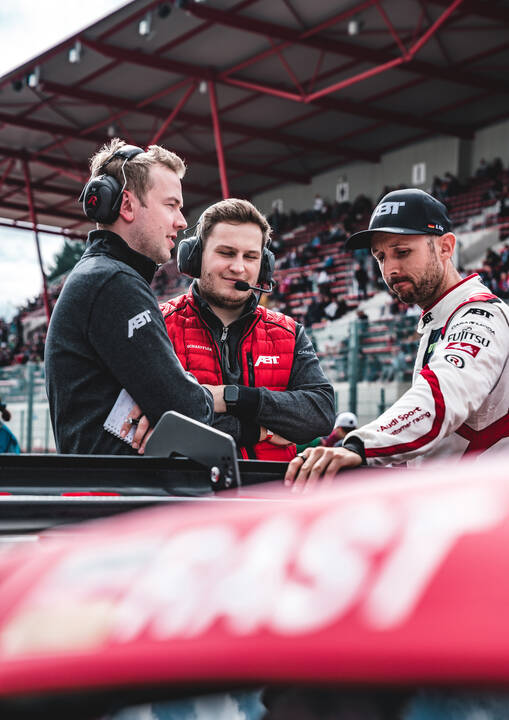 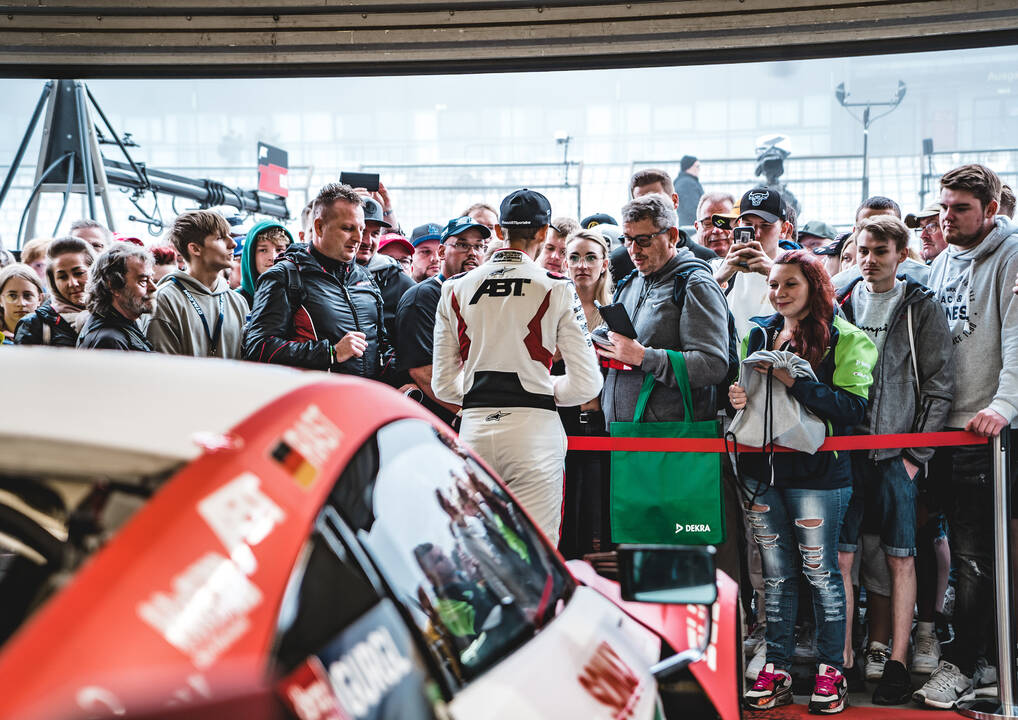 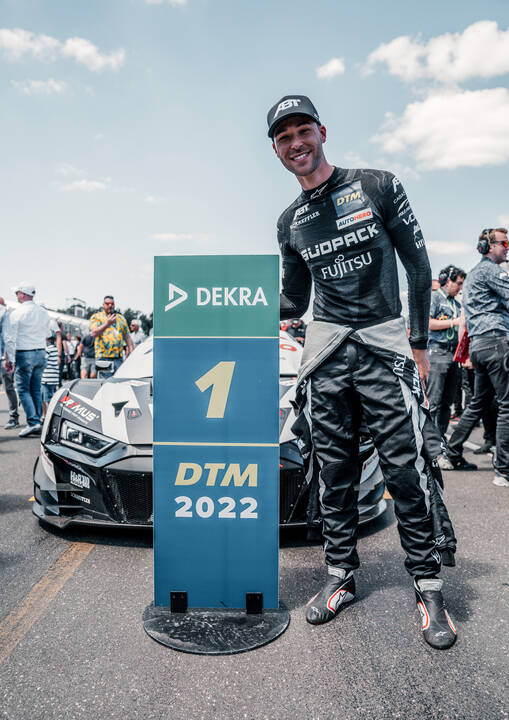 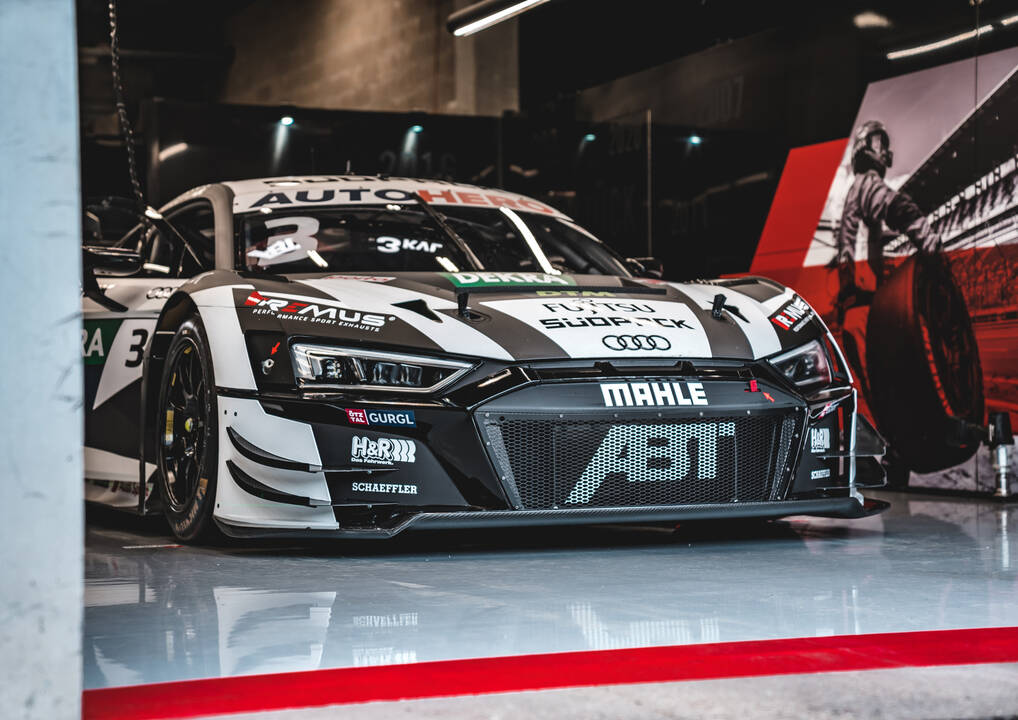 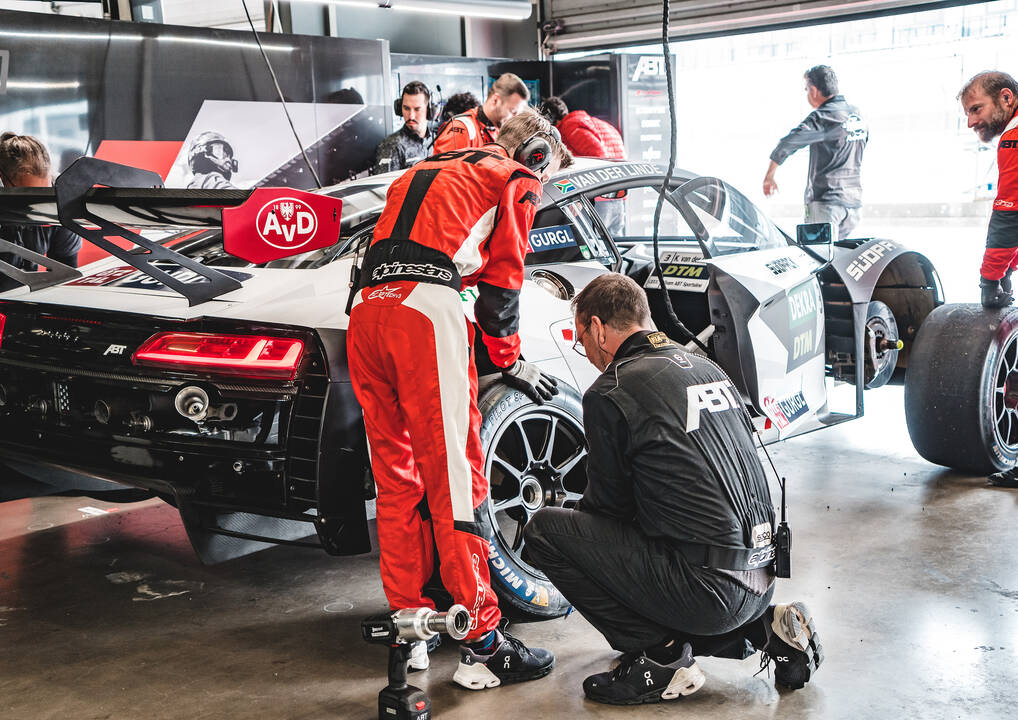 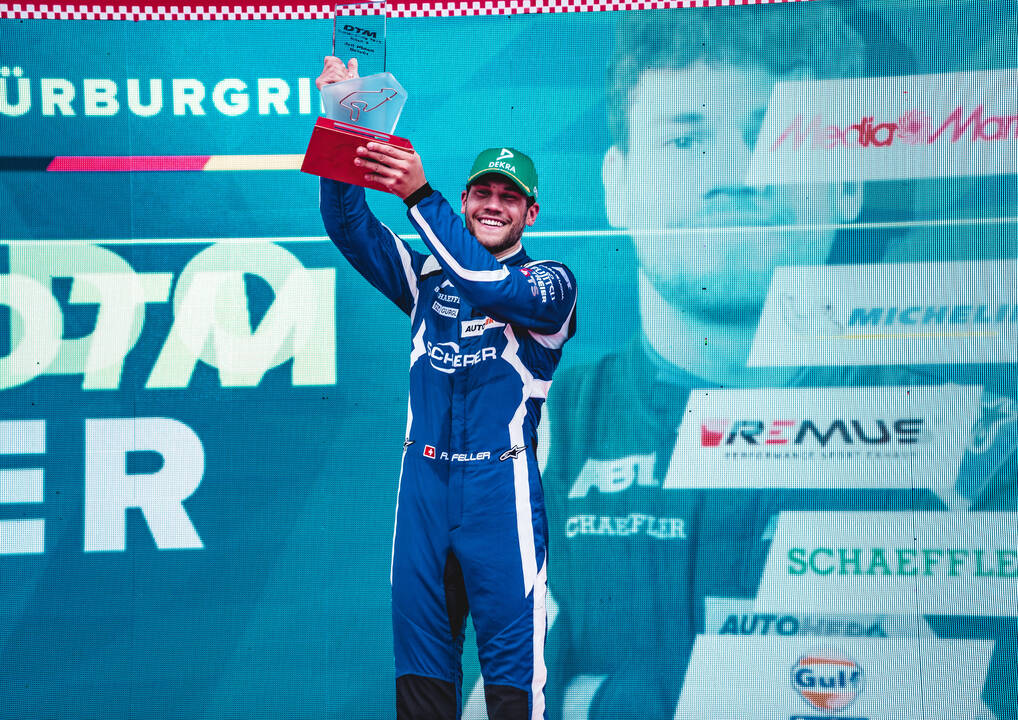 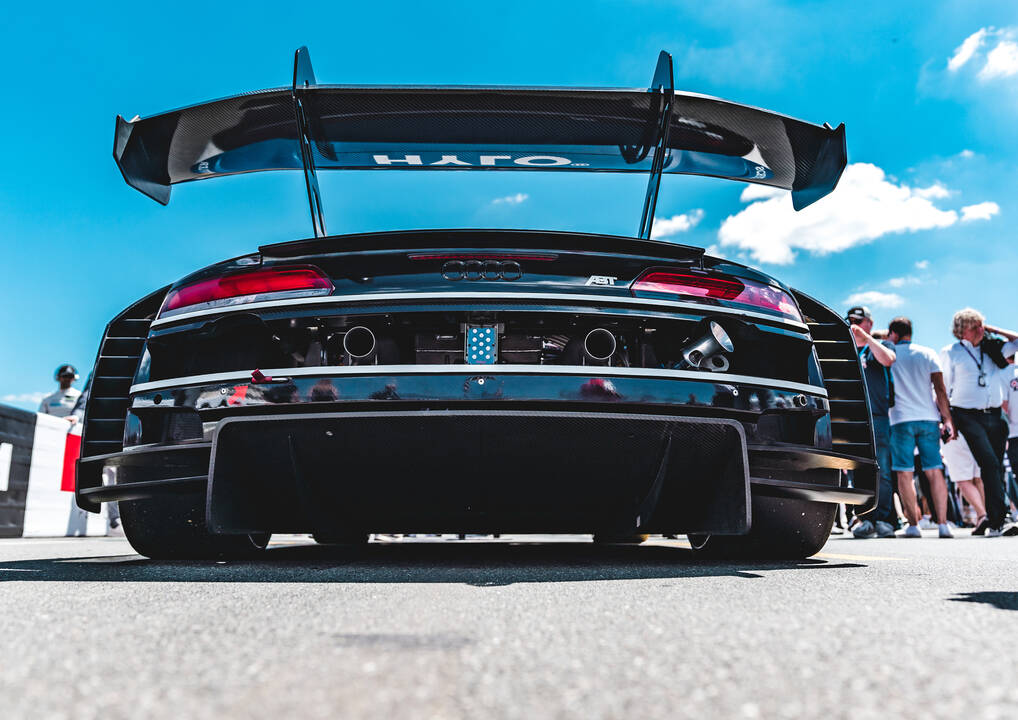 Rast engineer Felix Fechner: “At ABT, we are like a small family with a strong bond”

Felix Fechner is the engineer looking after René Rast’s ABT Audi R8 LMS GT3 evo II at Team ABT Sportsline in the 2022 DTM. In his first DTM season with a GT3 car, the three-time DTM champion is third in the standings as the Audi driver with the most points and still has title chances ahead of the last four races of the season. The two races at the Red Bull Ring next weekend (both live on ProSieben and on ran.de from 1 PM CEST on Saturday and Sunday) are therefore particularly important for Rast and Team ABT Sportsline. For Felix Fechner, this is no reason to get nervous.

Felix Fechner is the engineer looking after René Rast’s ABT Audi R8 LMS GT3 evo II at Team ABT Sportsline in the 2022 DTM. In his first DTM season with a GT3 car, the three-time DTM champion is third in the standings as the Audi driver with the most points and still has title chances ahead of the last four races of the season. The two races at the Red Bull Ring next weekend (both live on ProSieben and on ran.de from 1 PM CEST on Saturday and Sunday) are therefore particularly important for Rast and Team ABT Sportsline. For Felix Fechner, this is no reason to get nervous.

What is the interim balance after six of eight DTM race weekends this year?

The interim balance is mixed. We had quite a few races where we retired with punctures or accidents – but also weekends where we really got the maximum out of the car and everyone did a good job. Overall, the balance is positive.

Before the season started, did you expect to be able to fight for the championship title with René Rast?

Just like René, I didn’t expect it, but of course I hoped for it. After the first two weekends, I didn’t expect it anymore, because it was a difficult start, which we somehow expected. For me, too, it’s the first year with a GT3 car, so we’re both kind of rookies again. Imola virtually turned everything around.

But the first podium came before that at the Lausitzring ...

That’s when René realized that he could definitely keep up with Kelvin (van der Linde) and Ricardo (Feller) and even play to his strengths over the weekend by working on the data and improving the car. That’s when we clearly got the feeling we are right there in the mix.

How big was the joy after the victory at Imola?

Very big! Especially since we didn’t have the easiest season with René last year in Formula E. It was great to finally be able to celebrate our first victory together.

How big was the disappointment 24 hours later with the puncture?

The disappointment was huge, of course. But we also know that we had 25 kilograms of extra ballast on Sunday and that the Audi is the car on the grid that suffers the most from ballast. You could also see that with Nico (Müller), who had to defend eighth or ninth place. Realistically, there wouldn’t have been more possible for us. But clearly, every point lost hurts.

Why are there so many tyre issues this year?

Ultimately, each puncture has to be considered individually. But the trend is definitely there that we have quite a few tyre failures, especially at Audi. People always try to talk around the issue, but it’s partly due to the BoP (Balance of Performance). We simply have to go absolutely to the limit with the Audi and then the danger is greater compared to the others, who don’t have to risk so much with the setup.

How much has your work changed from the Class 1 era to GT3?

It’s not that much different. The preparation was more complex. There was more to adjust on the car and we each spent a day in the simulator. The work on the weekend is not so different. We always try to get the most out of the package we have. The biggest difference is that testing is not regulated. Whereby we are not at all dependent on having to go testing. We analyse the data we have from the race weekends to learn and implement as much as possible for the next weekend.

René Rast is known for being very data oriented and hard working. What other strengths does he have?

In addition to his hard work, it’s mainly his ability to get his performance spot on – as he did in qualifying at Spa on Sunday.

When he’s in the car, René Rast can also get very emotional, which you can tell from his radio messages. How do you get him to calm down again?

I see calming him down as one of the main tasks of an engineer when a driver in the car is as emotional as René. Firstly, I try not to let my voice show that I’m nervous or that it’s being transferred to me. I pay a lot of attention to that. For the driver, it’s simply important to know that we have it more or less under control in the pits.

René recently sharply criticized the driving standards in the DTM. Are the standards really that bad or is it also because the field is so big and close together?

The number of cars doesn’t make it any easier to keep an overview. When 27 cars start the first lap, it’s really tight and a challenge – you can see that well when you look at the onboards from the start. But it’s also a fact that not only top professional drivers are in the DTM anymore and some of them are lacking the standards. At Spa, the race organisers took action for the first time and perhaps even overreacted a bit. In my opinion, it has come too late and now it is too harsh.

It feels like all of the Audi drivers are only driving in defensive mode in the races this year, although consistent race performance is actually a strength of the Audi R8 LMS. Is it only due to the Balance of Performance?

I think the BoP has a big part in it. At Spa, you saw that an Audi can overtake virtually no other car in a normal race.

How frustrating is that when you’re always in a defensive mode?

Totally frustrating! But again, it’s my job not to show that. If I don’t keep trying to make the car faster, a downward spiral begins. But of course, it’s totally frustrating for all of us to always have to be afraid that another car will pass us on the straights. But it’s also a fact that we’re still fighting for the championship. Even if it is very tough sometimes, because you don’t have a chance to compete for victory, as was the case at Spa on Sunday, it’s still important to keep up the motivation and collect all the points you can. Without the puncture, that would have worked quite well at Spa on Sunday. But it’s not really fun like that.

Now the Red Bull Ring is coming up – a track that is considered particularly difficult for the Audi. Why is that?

Our biggest weakness is acceleration out of the slow corners – you saw that at Spa, especially at the start. At the Red Bull Ring, there are two corners – Turn 1 and Turn 3 – where the lap time reacts very sensitively to acceleration and power. There we’ll have to see how it works for us with the new Balance of Performance.

Apart from the season opener at Portimão, ABT Sportsline was again consistently the strongest Audi team this year. What is the key to success?

The key is definitely having data from three drivers who all perform at a high level. If we were a one-car team, we wouldn’t be where we are now. As an engineer, I have so many more opportunities to compare and improve from session to session. That’s what makes us so strong.

You grew up in motorsport at ABT. What makes it special for you to work for ABT Sportsline?

At ABT, we are like a small family with a strong bond. After a difficult start to the season like this year, there is naturally friction, but no one questions anyone. We have a good culture of making mistakes: it’s accepted that mistakes are made, as long as they don’t happen twice. I think that’s what makes us so strong as a team.

If Sheldon (van der Linde) manages it well, it will be very difficult to catch him. But you can very quickly have a weekend without any points in the DTM. As long as it’s mathematically possible, we’ll be going full throttle.

Quotes before the DTM races at the Red Bull Ring

Thomas Biermaier (Team Principal): “The area around Spielberg is beautiful and the Red Bull Ring is one of my absolute favourite racetracks. Red Bull has been a long-time partner of ABT Sportsline, so the Red Bull Ring has always been a bit of a home race for us in the DTM. We’re looking forward to going there, even though we know that it will be incredibly difficult there with our car. We saw that last year, too, when we didn’t stand a chance. Nevertheless, we’re going to Styria fully motivated.”

Kelvin van der Linde (ABT Audi R8 LMS GT3 evo II #3): “Although it’s a great event, we always have great support from the fans at the Red Bull Ring and many friends will visit me, my anticipation for Spielberg is limited. It’s one of the most difficult tracks for our Audi R8 LMS. We’ve got to make the best of it based on last year’s data. I know that I’ve got a good team around me that will give everything as always.”

Ricardo Feller (ABT Audi R8 LMS GT3 evo II #7): “I really like the Red Bull Ring, but with the Audi we’re usually, nowhere there – that’s why I haven’t been on the podium there yet, unfortunately. It would be time to change that, but that’s probably rather unrealistic. We’ve also had a few problems with my car recently, which we’ll hopefully get solved by the Red Bull Ring. Basically, there are always great fights there and the region is beautiful.”

René Rast (ABT Audi R8 LMS GT3 evo II #33): “The Red Bull Ring has unfortunately never been a good track for the Audi R8 LMS, so it will be extremely difficult for us there. In general, I like the track. It’s a very nice facility, there are always a lot of fans on site. But for us, success is obviously the most important thing. Maybe we can turn things around in the championship, despite the difficult conditions. In the old DTM, I had many nice races there and also successes. I have many positive memories of the Red Bull Ring.”

... Thomas Dreßen, 2018 downhill winner at the Hahnenkamm, is visiting Team ABT Sportsline at the Red Bull Ring?

... Rupert Lehner, Corporate Executive Officer of Fujitsu, will be a guest at ABT Sportsline?

... the management of CUPRA Austria has also announced its presence and will bring several customers with them?

... Daniel Abt will be on site for ABT partner Remus at the Red Bull Ring?

... the DTM partners of ABT Sportsline have met between Spa and the Red Bull Ring for a workshop in Ötztal?

... Felix Fechner will return to Formula E in 2023 and will again work with Nico Müller at ABT Sportsline, as he did in the DTM in the past? 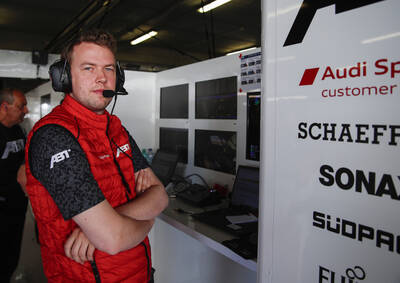 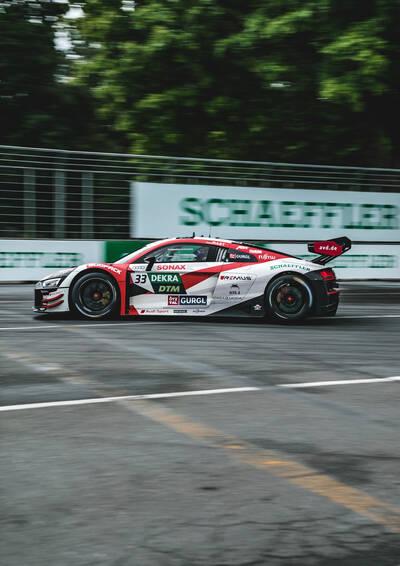 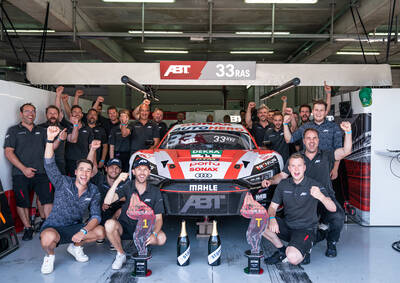 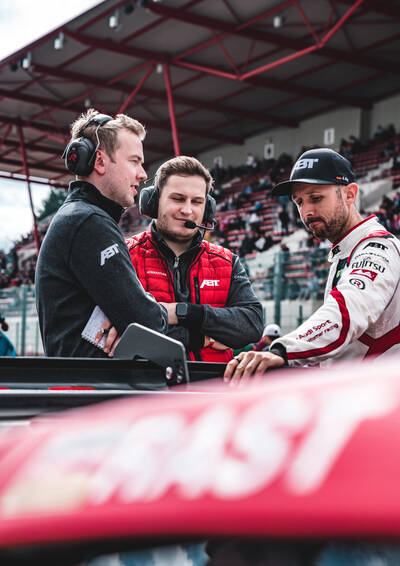 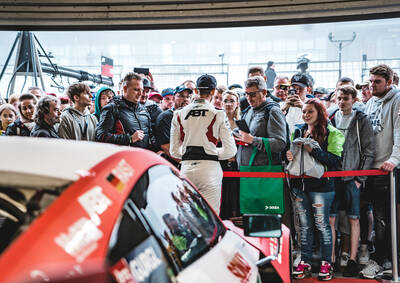 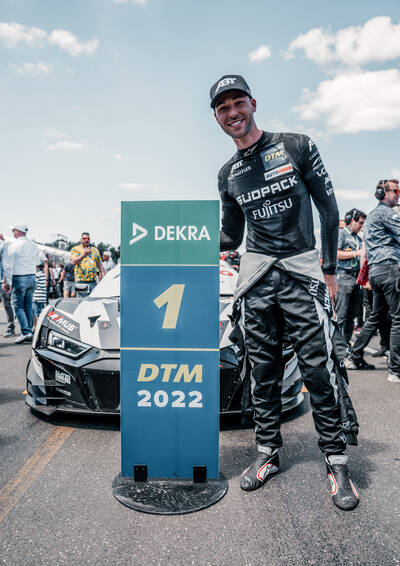 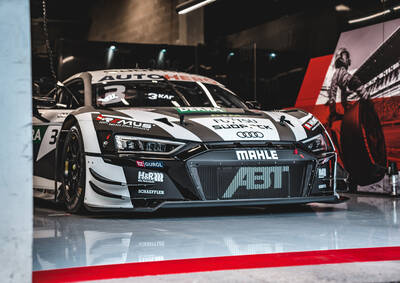 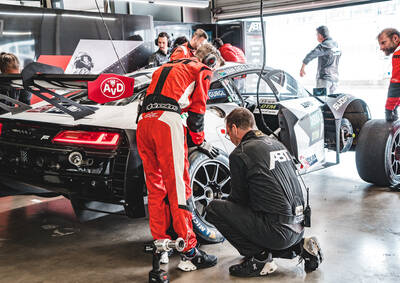 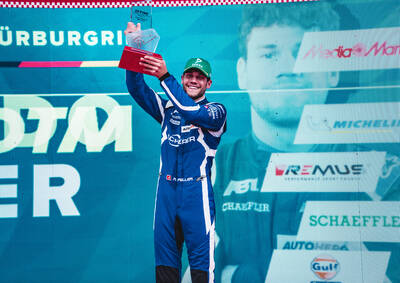 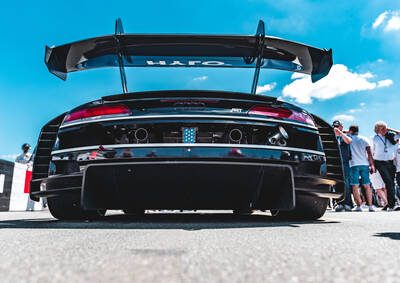