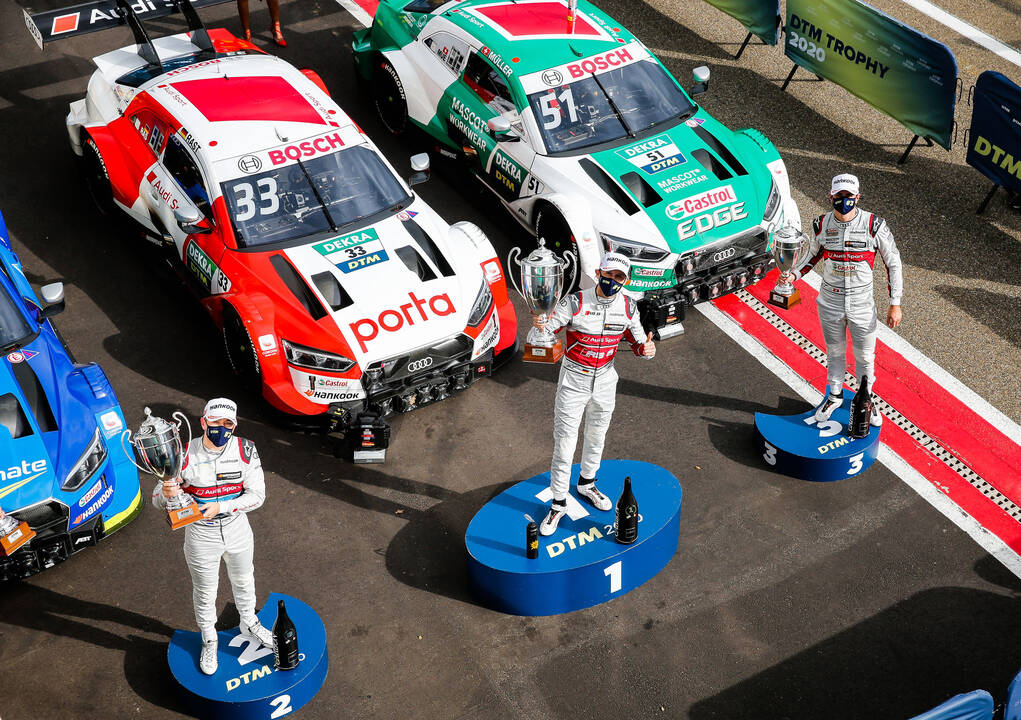 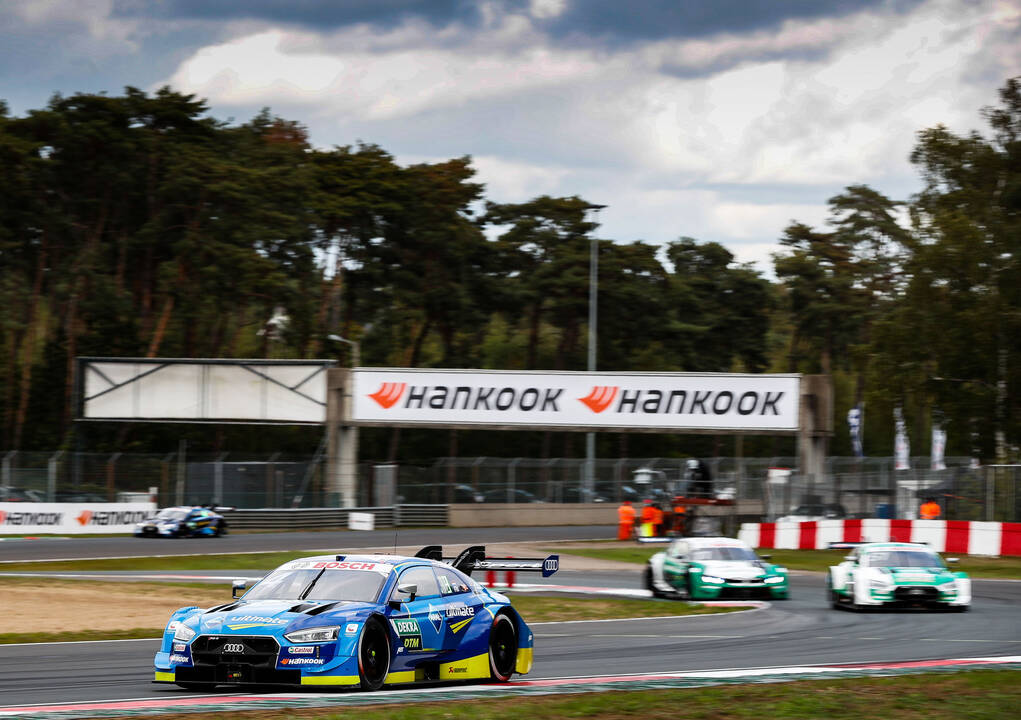 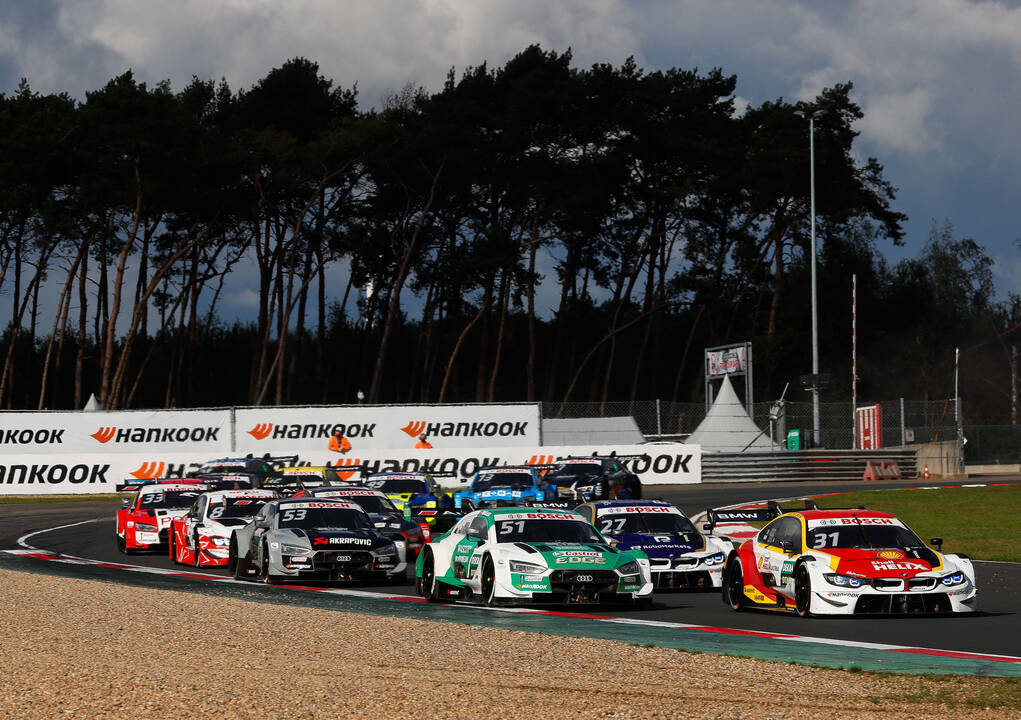 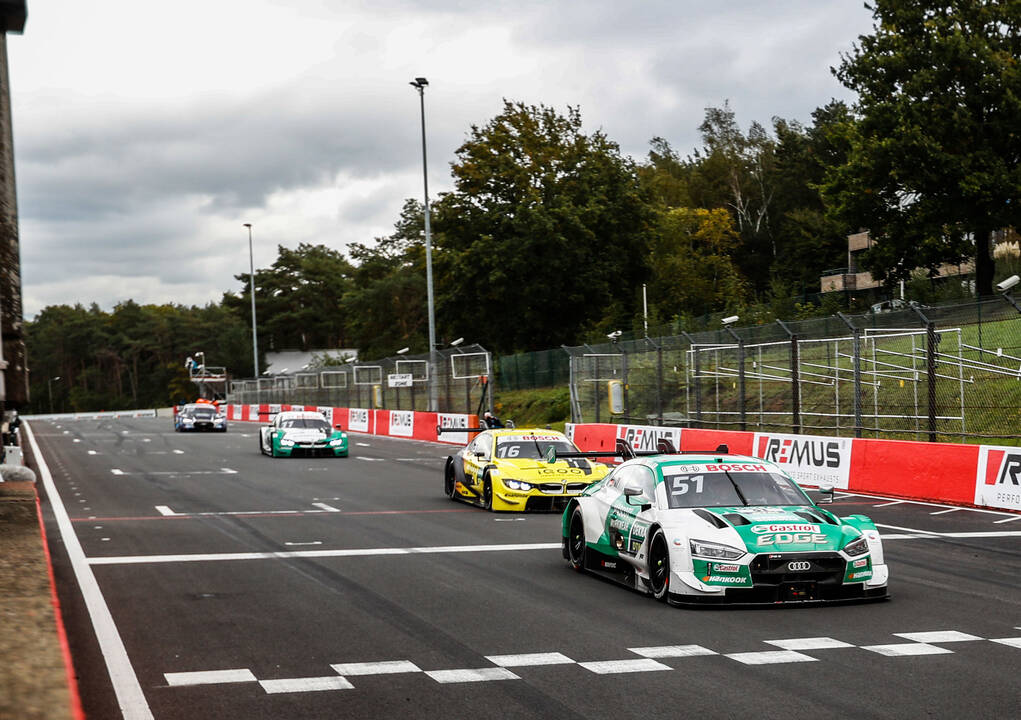 At the Saturday race René Rast from Audi Sport Team Rosberg was the man of the day. In qualifying, the two-time DTM Champion grabbed first place on the grid in the very last moment from BMW driver Timo Glock. Rast thus prevented Audi’s series of pole positions in the DTM from being interrupted. For the 20th time in a row, an Audi RS 5 DTM started from the best place on the grid. Although he had to start the race on the still wet side of the track, Rast immediately took the lead securing a commanding lights-to-flag victory, which he also crowned with the fastest lap.

With his 17th pole position and 20th victory in the DTM, Rast reduced the gap on championship leader Nico Müller to 34 points. The Swiss from Audi Sport Team Abt Sportsline had to settle for seventh place in qualifying. “I was not happy with the balance of my car,” said Müller. “This put us in a difficult position for the race. To finish third on a track where it’s very difficult to overtake is pretty good. But it’s clear that we want to be in front of René and Robin again tomorrow. We will work hard overnight to achieve this.”

Müller’s teammate Robin Frijns in second place also managed to reduce the gap in the overall standings. The Dutchman, who lives in Belgium, had set the fastest time in both free practice sessions on Friday. From third place on the grid, Frijns immediately moved up to second place behind René Rast, but was unable to keep up with the pace of the leader. “Unfortunately, I lost a position to Timo (Glock) after my pit stop, which cost me quite a bit of time,” said Frijns. “I had to push my tires very hard for a few laps to get back second place. After that, I just concentrated on securing second and took it easy on my tires.

The race on Sunday was less fortunate for both Audi Sport Team Abt Sportsline drivers. Robin Frijns had fought his way up from eighth on the grid to third in the early stages when he hit a wet patch on the pit lane exit after his pit stop and crashed into the guard rails. “This was all my own fault, which I feel very sorry for myself and especially for my team,” said Frijns. “The retirement hurts, but over 100 points are still awarded – anything is still possible.”

The safety car also deprived his team mate Nico Müller of valuable points. “René and Mike (Rockenfeller) got the pit board even before the yellow flags were out,” said Müller after his disappointing ninth place. “The two were lucky to stop before the safety car. Unfortunately, this time not everyone in the field got the chance to make their pit stops before the safety car was deployed. That cost me at least 13 points today and may decide the championship.”

The mood in Audi Sport Team Abt Sportsline was correspondingly subdued despite clinching the Teams’ Championship early. “That was a tough day for us, and we are very disappointed today,” said team director Thomas Biermaier. “Nevertheless, I’m very proud that we won the Teams’ Championship four races before the end. The team has shown a great performance all year long. And everyone who knows us knows: we will come back strong.”

Next weekend, two more DTM races are on the agenda at Zolder. However, the Drivers’ Championship will probably not be decided before the finale at Hockenheim. With 259 points, Nico Müller is just ahead of René Rast (249) and Robin Frijns (243).