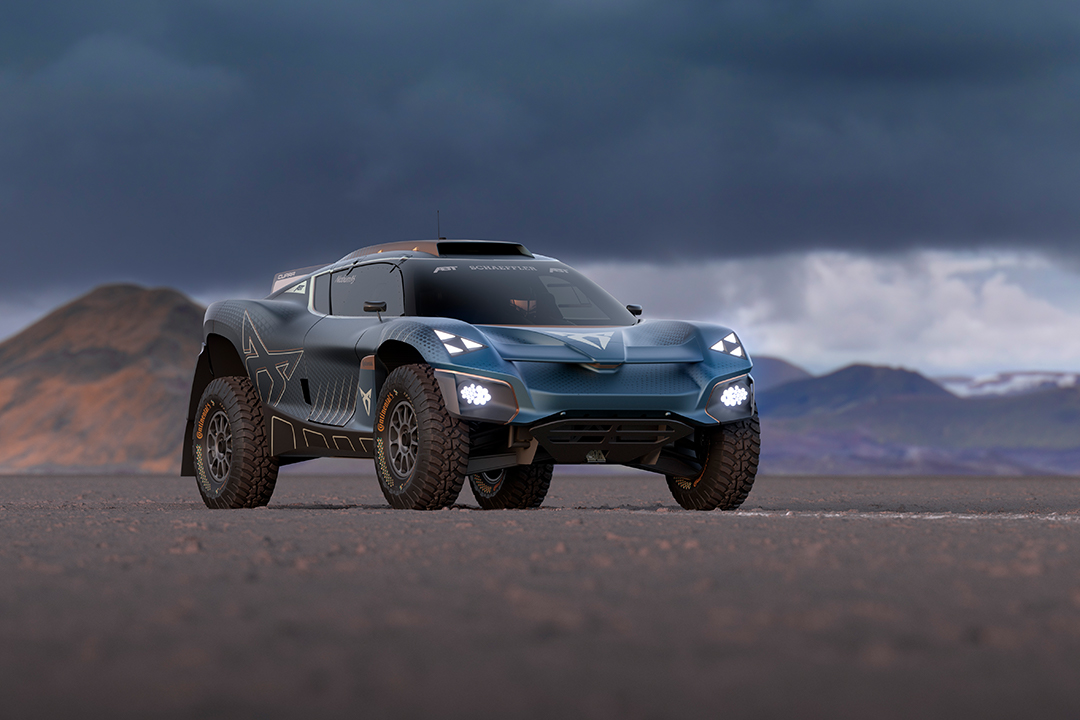 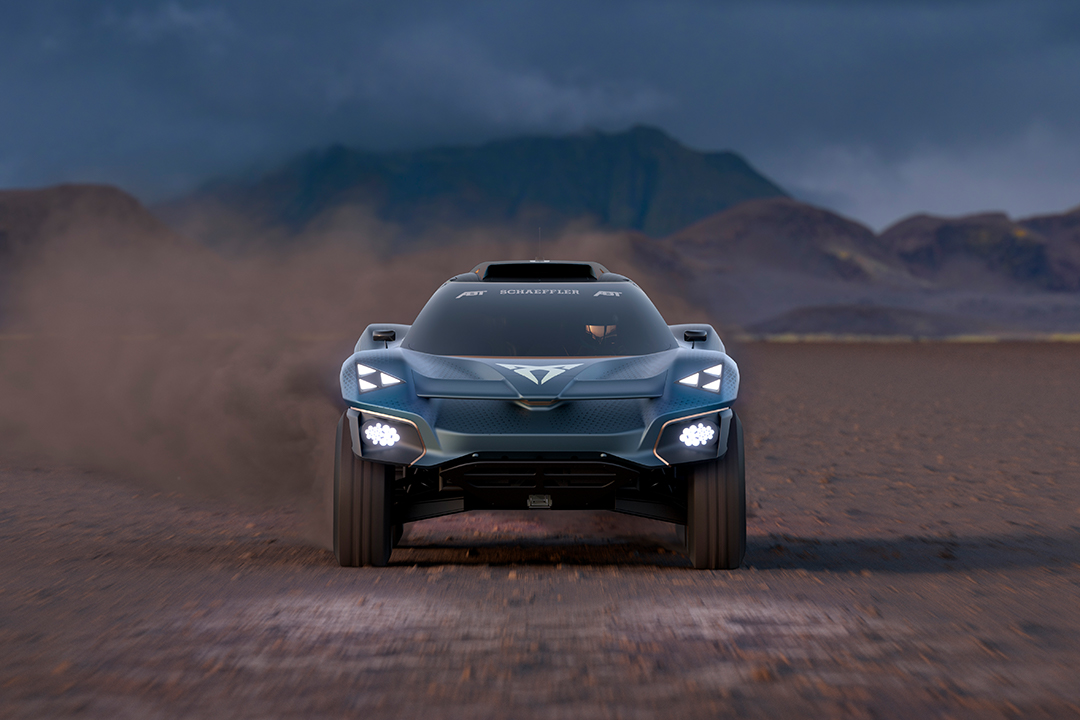 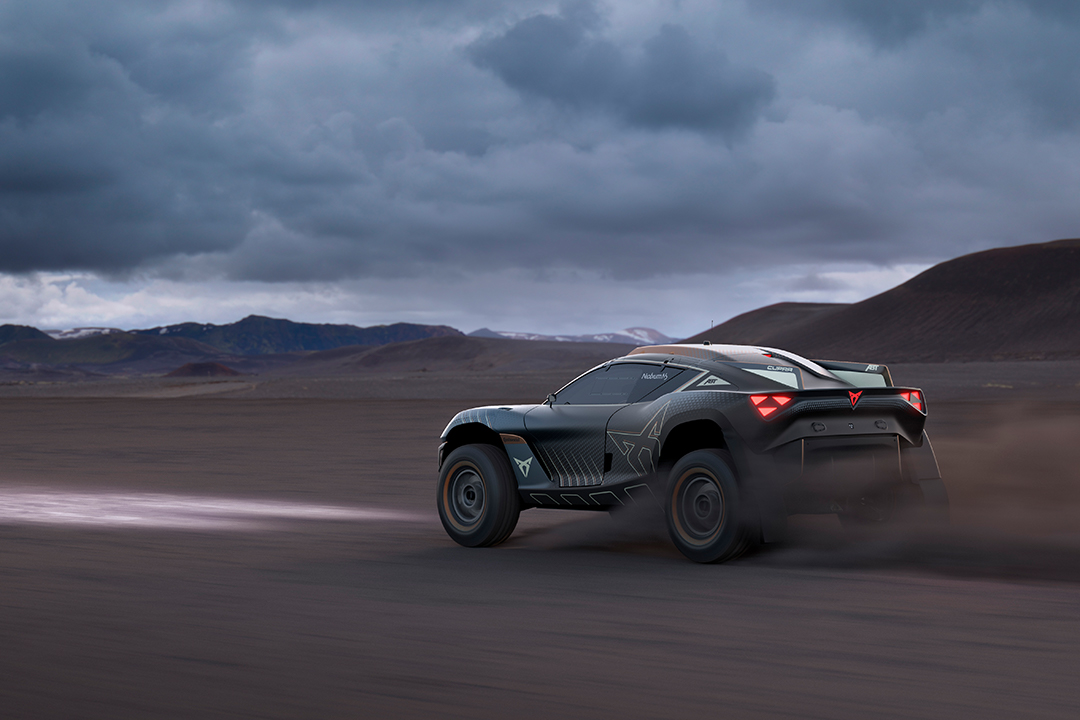 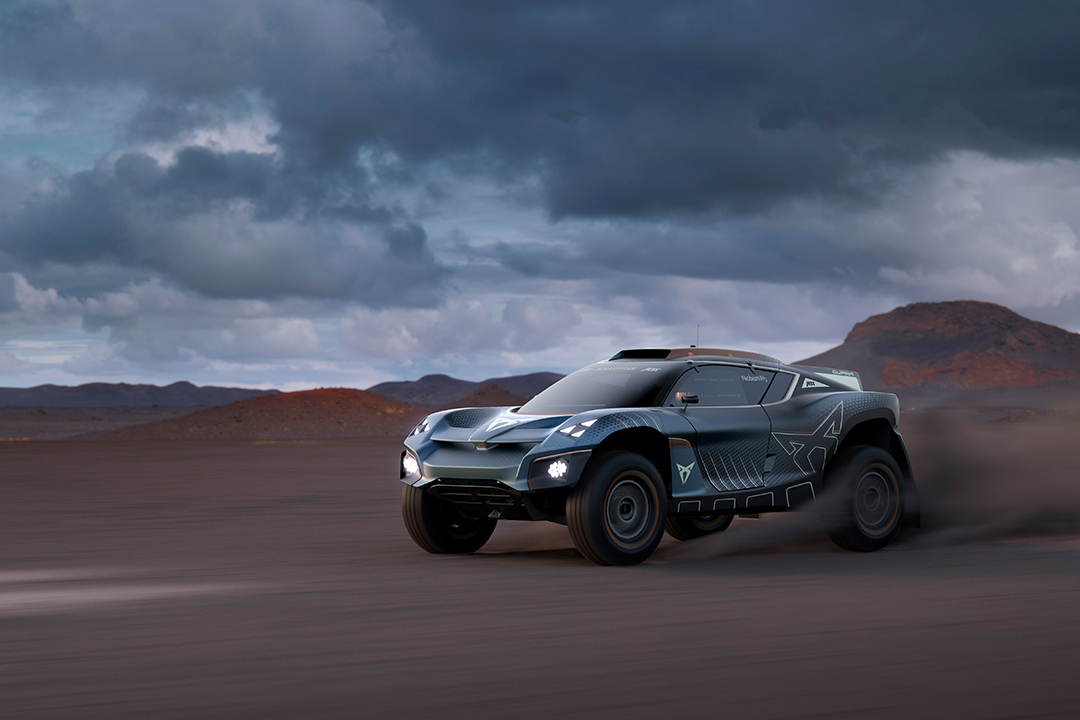 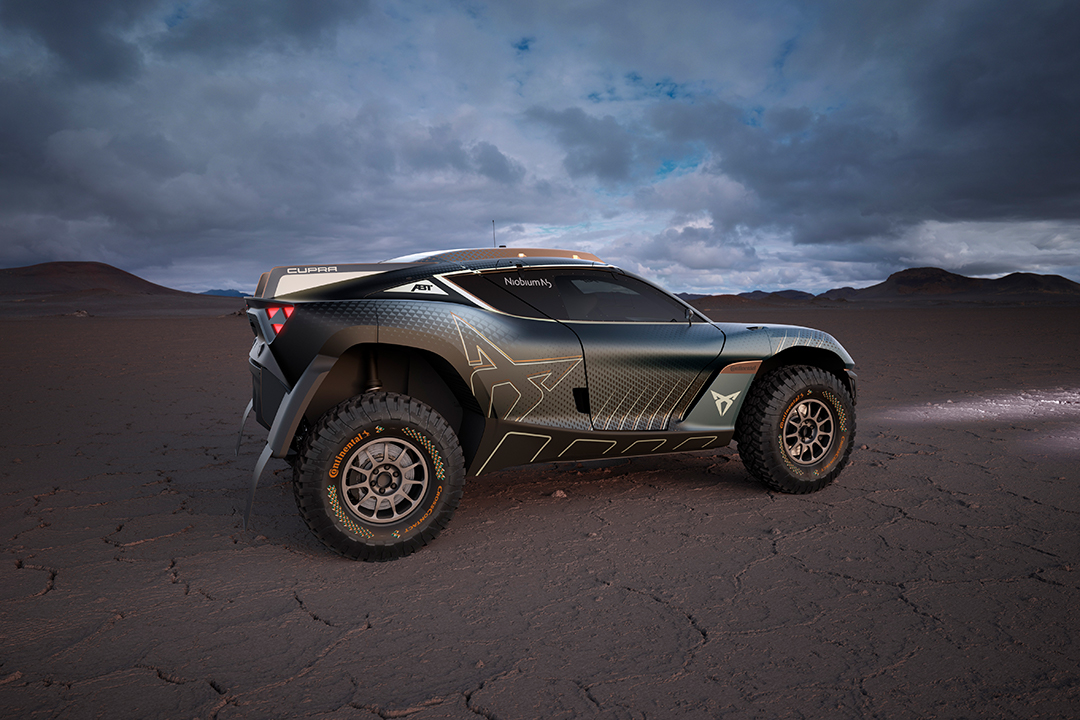 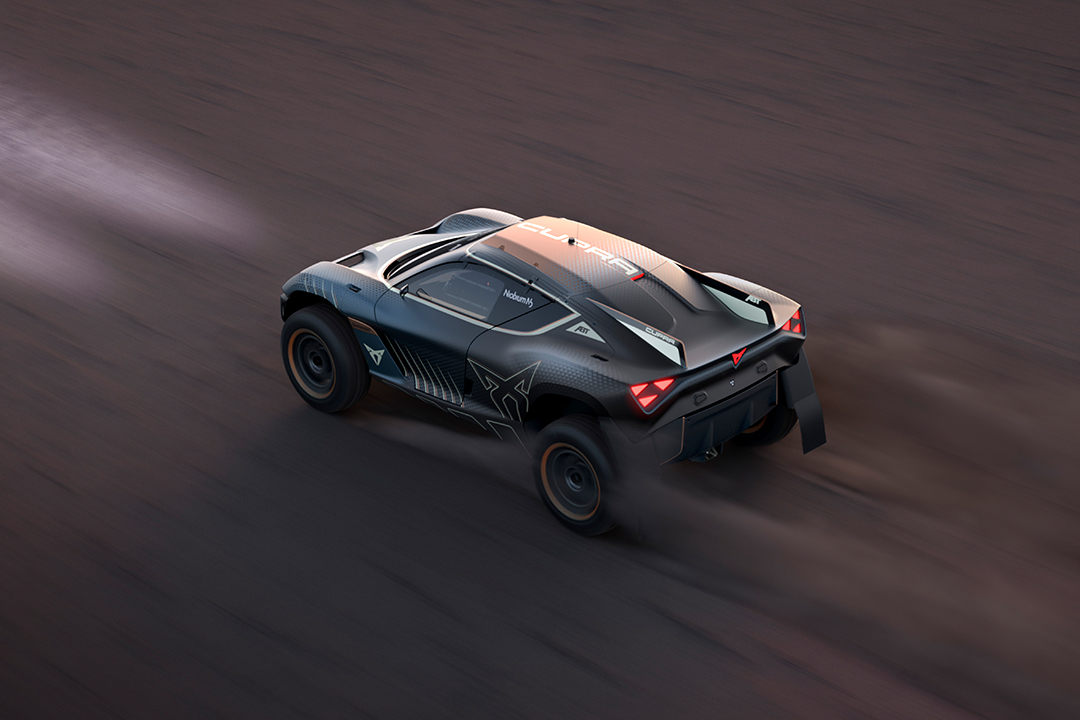 A spectacular look into the future: at the 2021 IAA Mobility in Munich, CUPRA shows what the next car of the ABT CUPRA XE team in Extreme E could look like. Together with Jutta Kleinschmidt, who is competing alongside Mattias Ekström in the electric off-road series this season, managing partner Hans-Jürgen Abt and ABT Sport Marketing boss Harry Unflath, the Spanish brand presented the CUPRA Tavascan Extreme E Concept to the media and visitors in attendance on Tuesday.

“Almost exactly a year ago, we announced our partnership with CUPRA and unveiled the design of our e-CUPRA ABT XE1. Since then, we have generated a lot of attention together, both on and off the track,” says Thomas Biermaier, CEO of ABT Sportsline. “The development of our own bodywork by the designers and engineers at CUPRA is the next step in our close andsuccessful collaboration. The Tavascan Extreme E Concept simply looks mega, right down to the smallest detail. Now it’s our job to score the first trophies with it soon.”

The design of the front and rear has changed considerably from the vehicle competing in the current Extreme E season. The headlights in three triangular groups on each side also create a more imposing look. “The car is the next evolution with even more CUPRA DNA and a design that hints at the future direction of the brand,” says Xavi Serra, Head of Technical Development at CUPRA Racing. “The CUPRA Tavascan Extreme E Concept uses flax fibres throughout the body for even more sustainability and 3D printed elements that can be recreated quickly.”

It remains to be seen when the new generation car will be deployed. Anticipation is high. “The CUPRA Tavascan XE is a truly stunning design. I can’t wait to see it make its racing debut,” says Alejandro Agag, founder and CEO of the series. “This move also supports our goal of establishing Extreme E as a global marketing showcase for partners. Congratulations to this future-thinking and visionary team.”

After its appearance in Greenland at the end of August, Extreme E will host its next race at the Island X Prix in Sardinia on 23/24 October. For more information about Extreme E, visit https://www.abt-sportsline.com/motorsport/extreme-e.