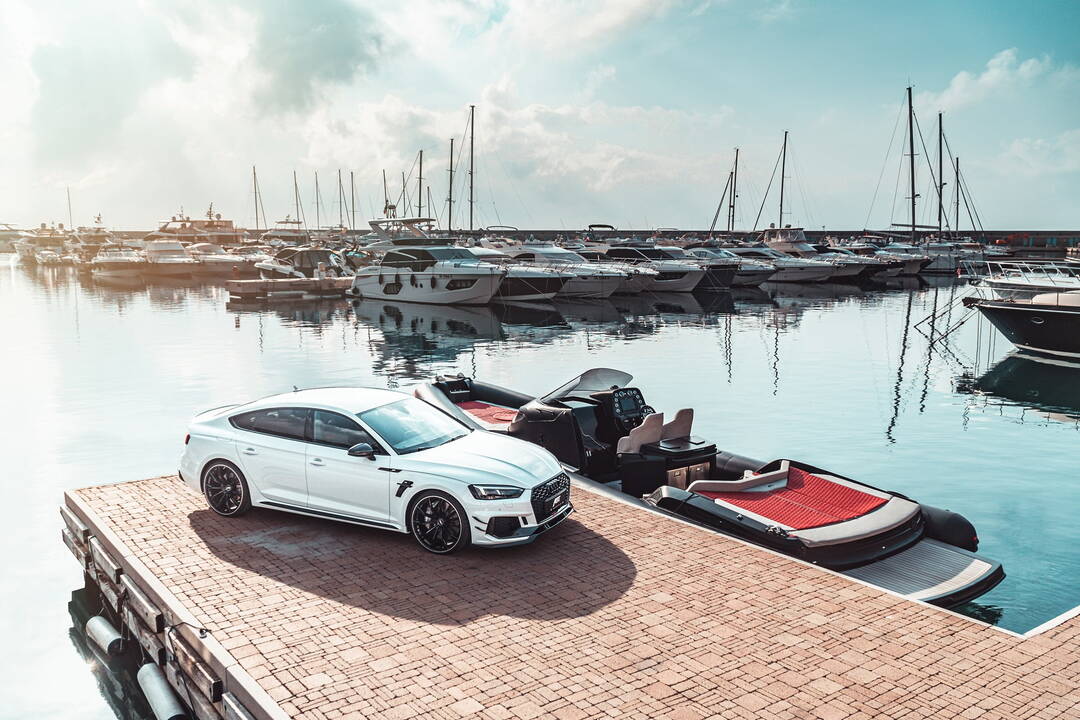 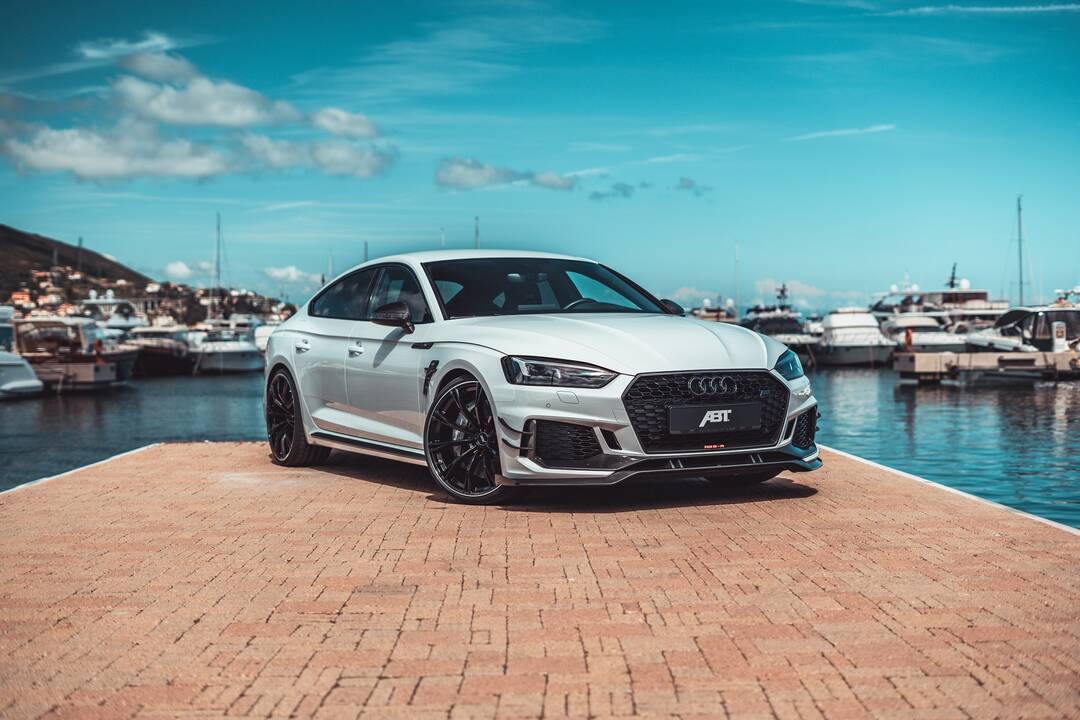 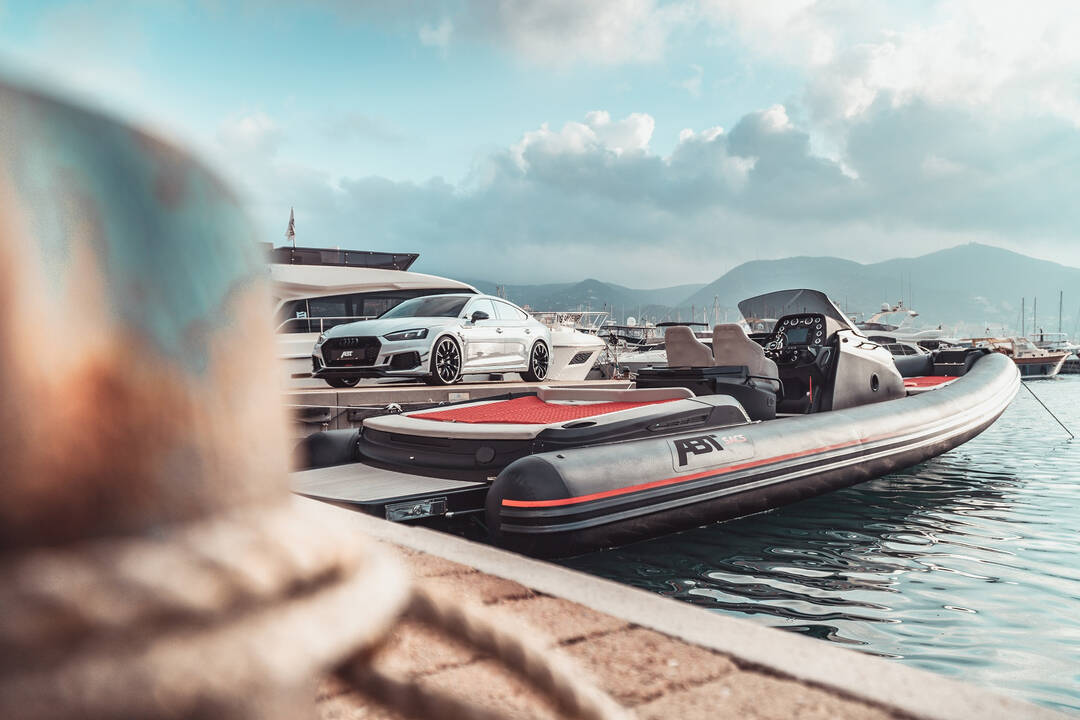 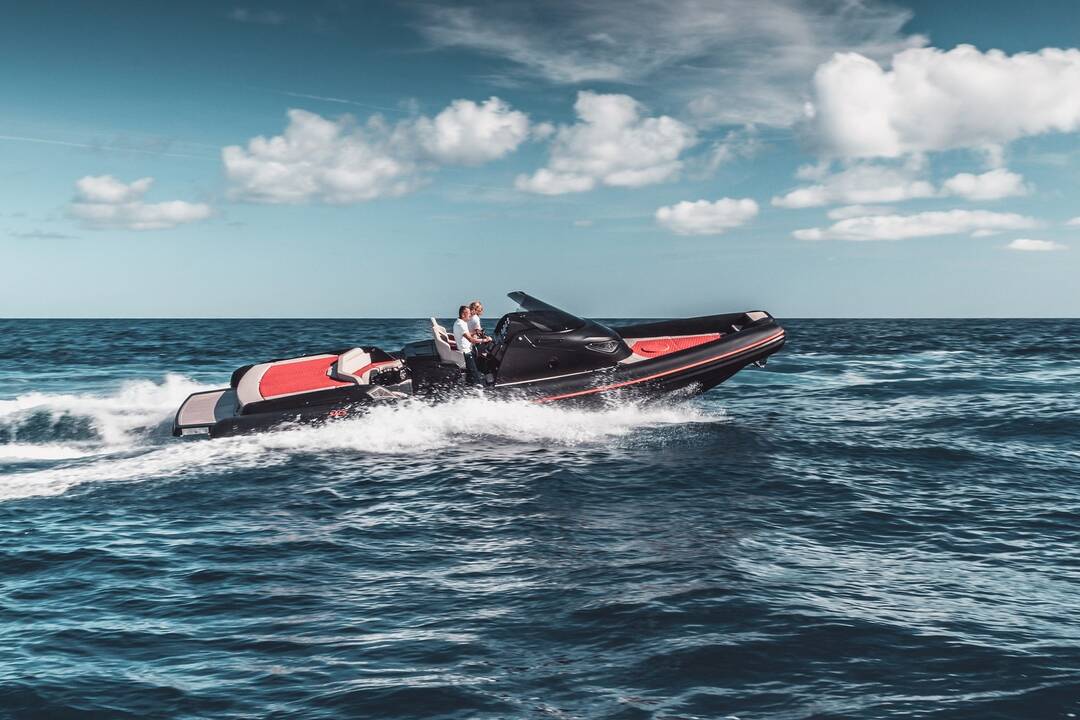 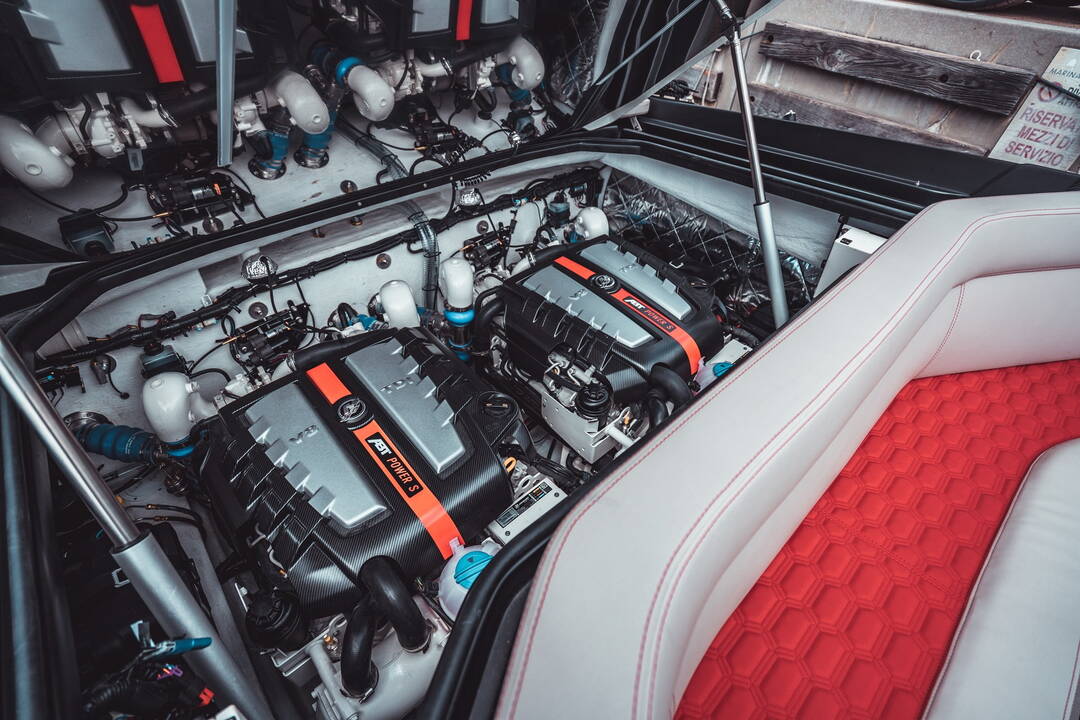 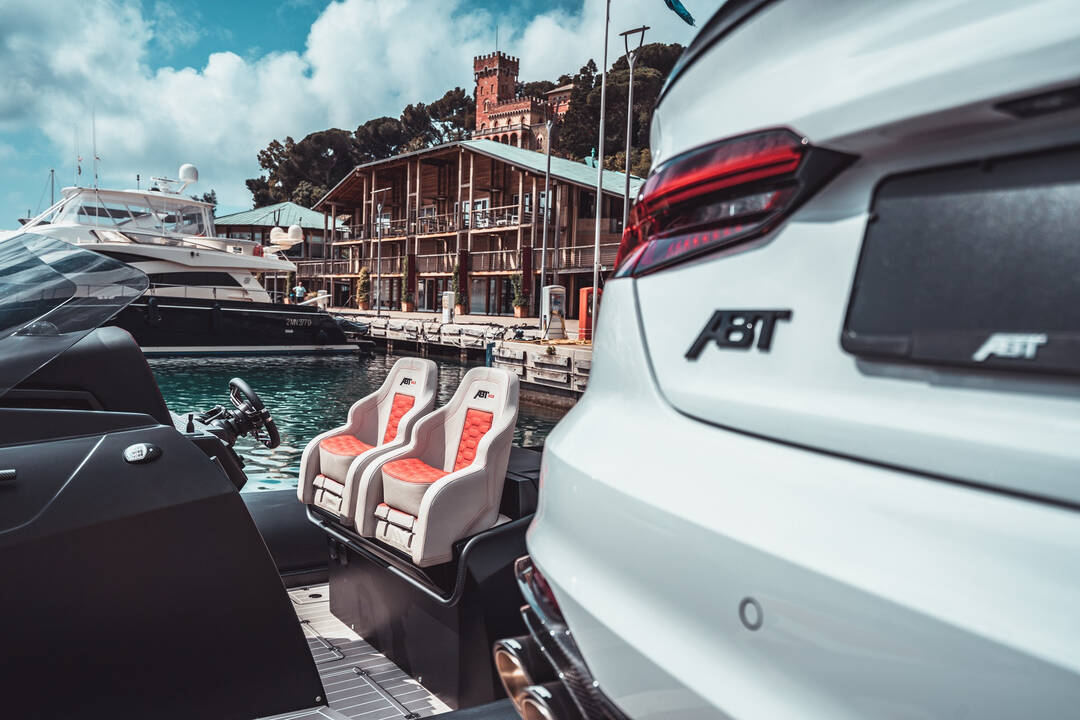 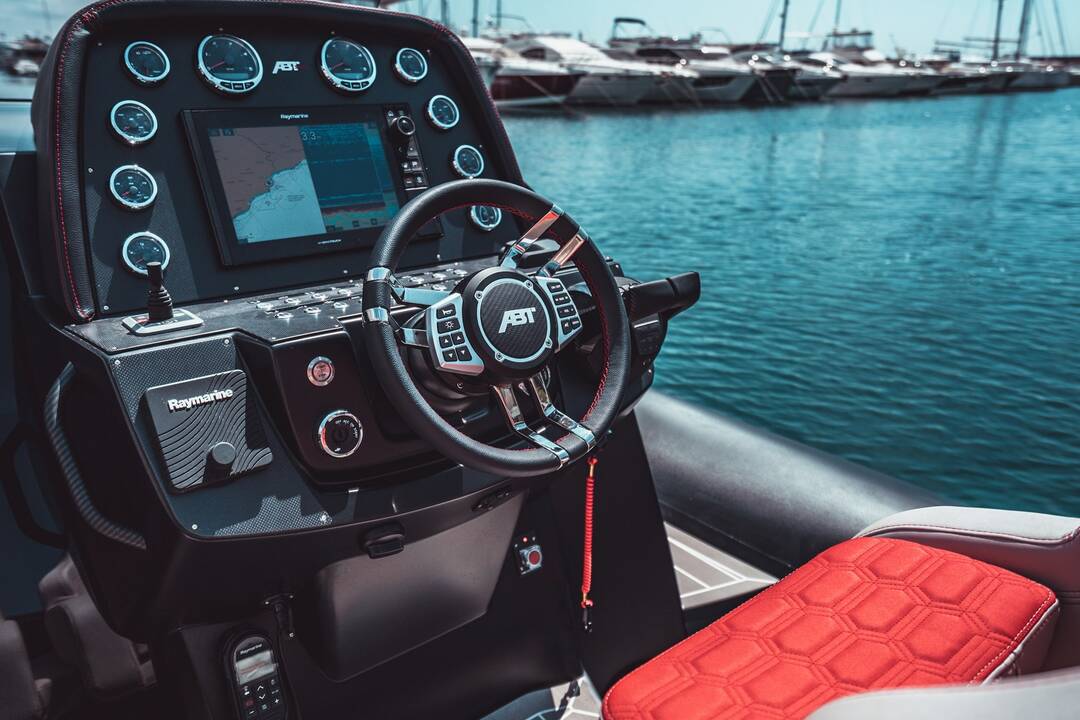 “Summertime and the livin' is easy” – especially if you’re en route to a racy rendezvous to the Mediterranean sea in an ABT RS5-R Sportback. The trip’s destination is the Marina di Varazze, a new marina between Savona and Genoa, where, a special welcome awaits us: the first ABT-powered boat.

The Italian motorboat builder Sacs Marine has created the special edition in collaboration with ABT Sportsline. But before boarding the STRIDER 11 ABT SPORT MASTER, we will first of all slide back into the sports seats of the ABT RS5-R. We have 600 kilometres of anticipation behind us. Let us review the journey once again.

The five-door car, of which ABT built only 50, has turned out to be an ideal companion for the trip: It has lots of space and with 530 hp/390 kW, lots of power. That’s at least 80 hp/59 kW more than the standard model. Whilst attacking the often rain-soaked Alpine passes, we are delighted by the four-wheel transmission and ABT coilover suspension together with sport anti-roll bar. The final leg before the Italian border is the San Bernardino Pass. The ABT RS5-R ascends effortlessly to the peak at 2,067 metres. The incline up to ten percent is easily levelled by the 680 Nm of torque. Step on the gas and the ABT exhaust system sings in a deep baritone: See you later Switzerland, welcome to Italy. The remaining 40 kilometres until the destination are Mediterranean coast road. A little later, the luxurious sports speedboat is ahead of us – moored peacefully at a jetty in the Marina di Varazze.

First impressions upon seeing the boat: It is much longer than we expected. As its name suggests, the STRIDER 11 ABT SPORT MASTER measures 11 metres from bow to stern. Now we want to experience what happens when the two 400 hp (294 kW) ABT V8 TDI engines under the sun deck at the stern are awoken from their slumber. We have barely reached the exit between the quay walls when we push the throttle forward. The spectacle created by the two high-torque inboard diesel motors is incredible. The imposing five-tonne weight suddenly seems as light as a feather. “The boat’s acceleration is incredibly linear and vehement right from the start,” enthuses Sacs Technical Director Franco Gambirasio. On the water, which by now feels rock-hard, the ABT STRIDER‘s top speed of 50 knots or 93 km/h feels like 300 km/h on the road with the top down. The speed turns the houses on the bank into blurred silhouettes. Slowly, the body and senses become used to the maritime speed rush. Then suddenly we notice something: The diesel engines don’t sound like diesels, more like the RS5-R. How can this be? An ABT Sound Control System changes the engine note. And as we glide vivaciously over the waves, accompanied by a deep throaty gurgle, we start to hum, “Summertime, and the livin’ is easy...”