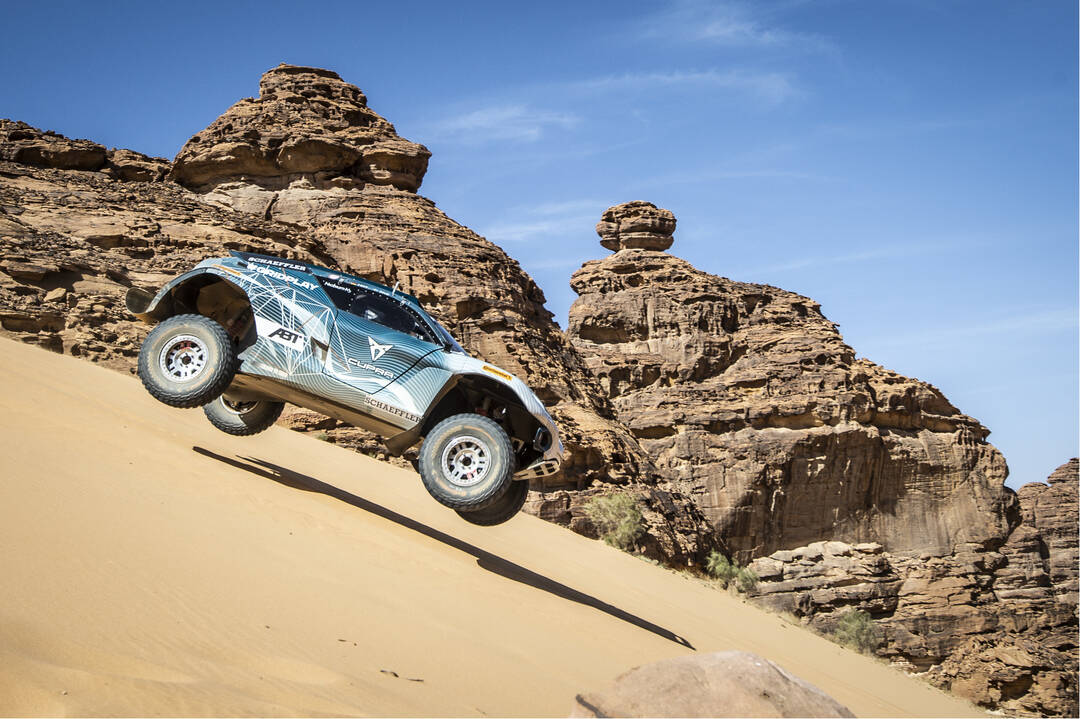 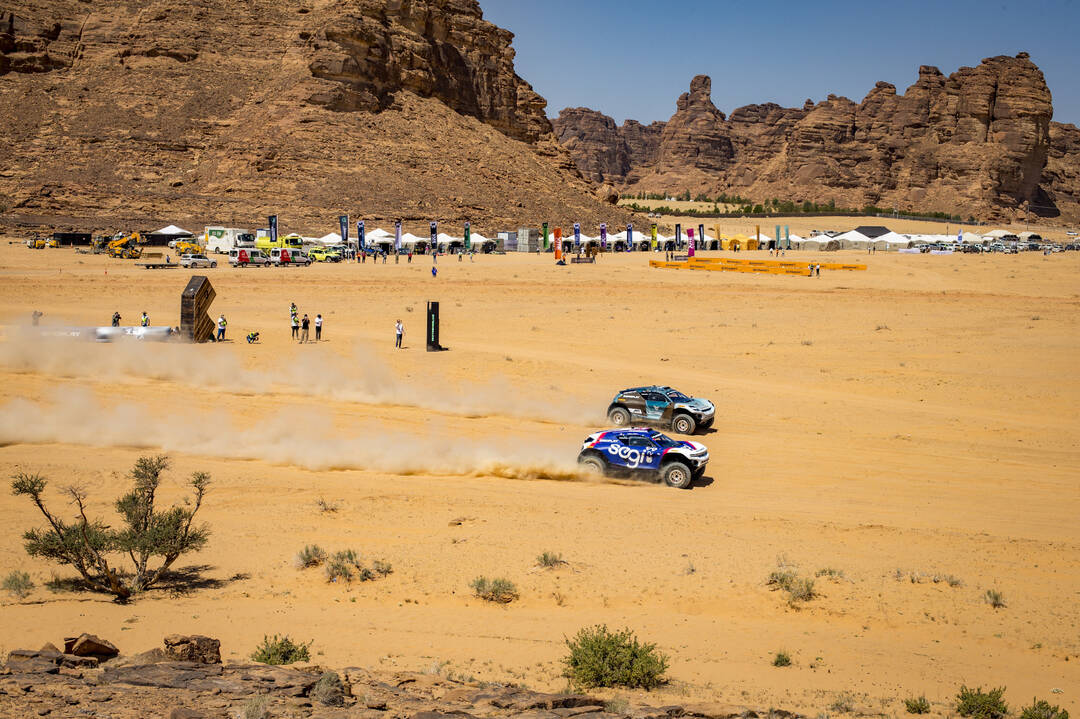 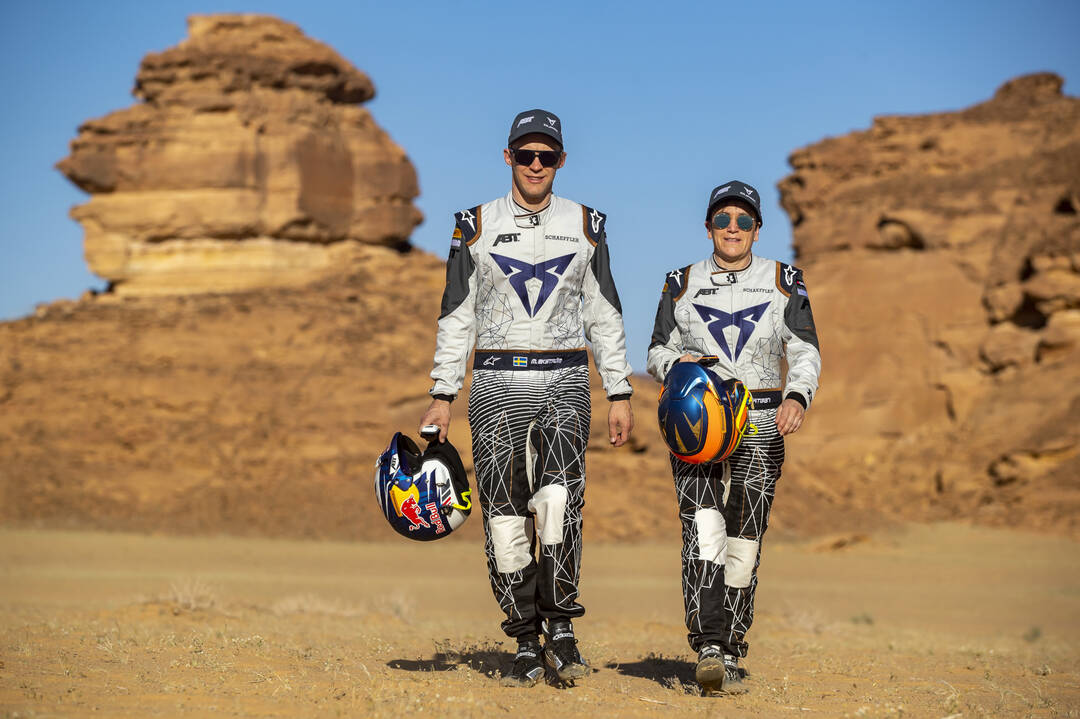 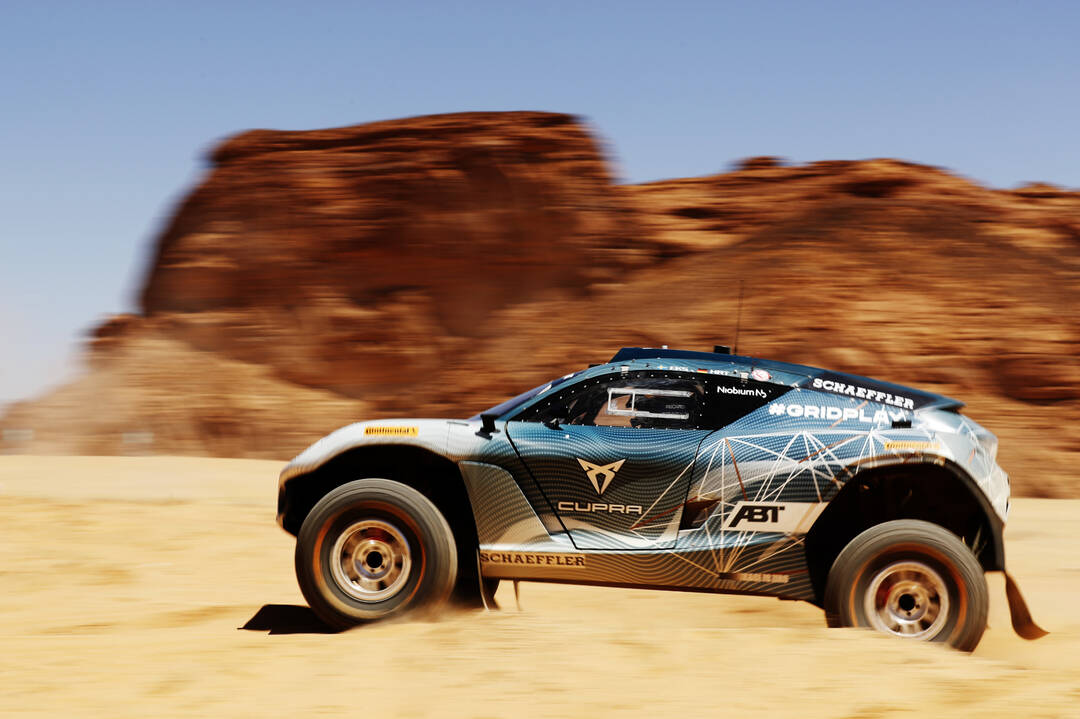 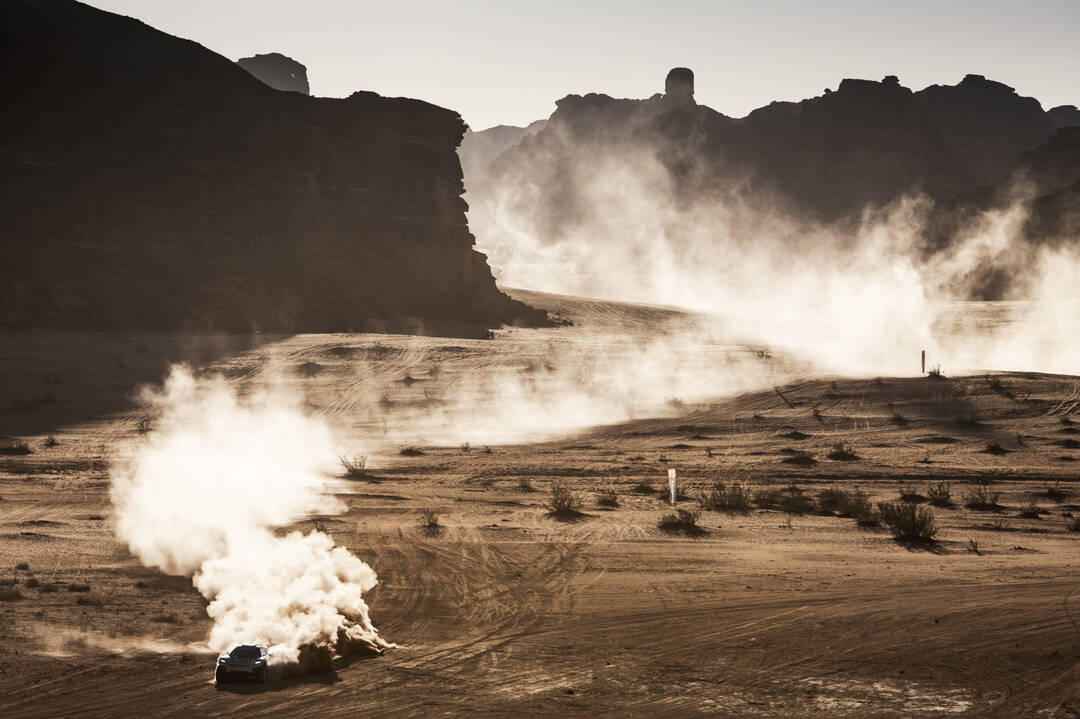 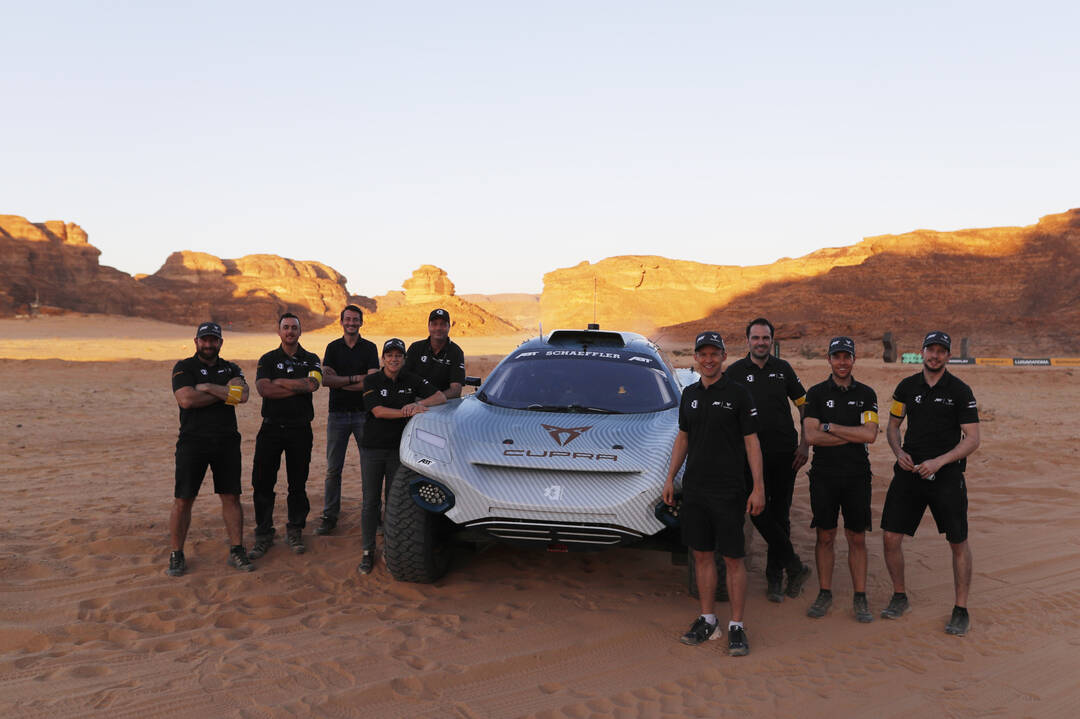 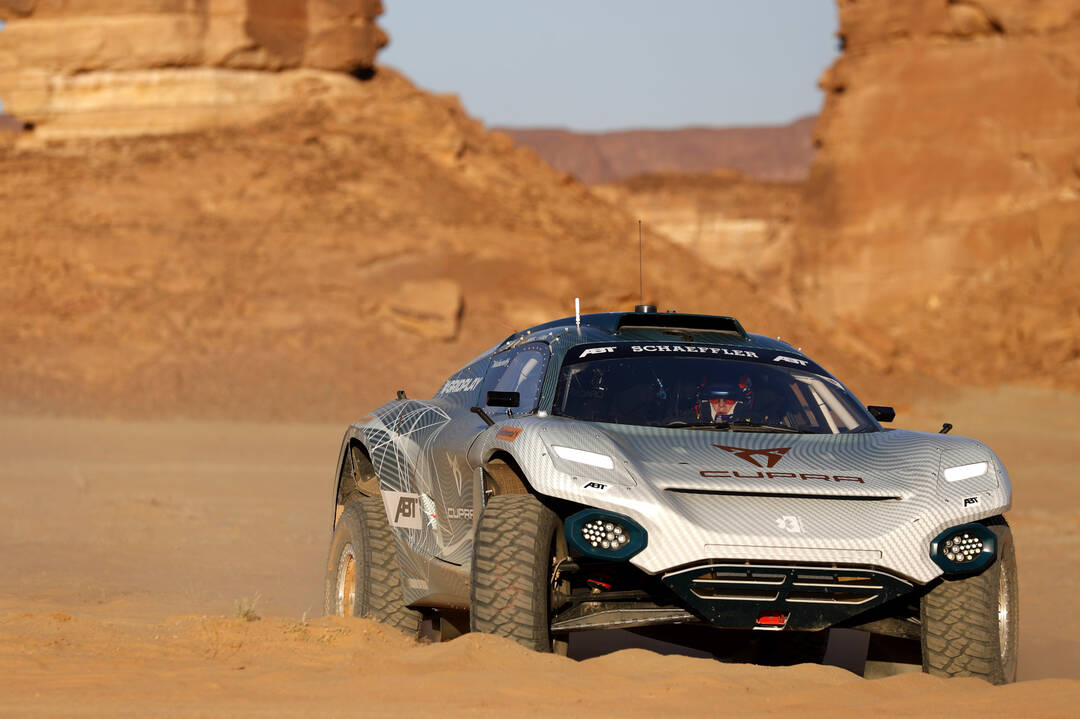 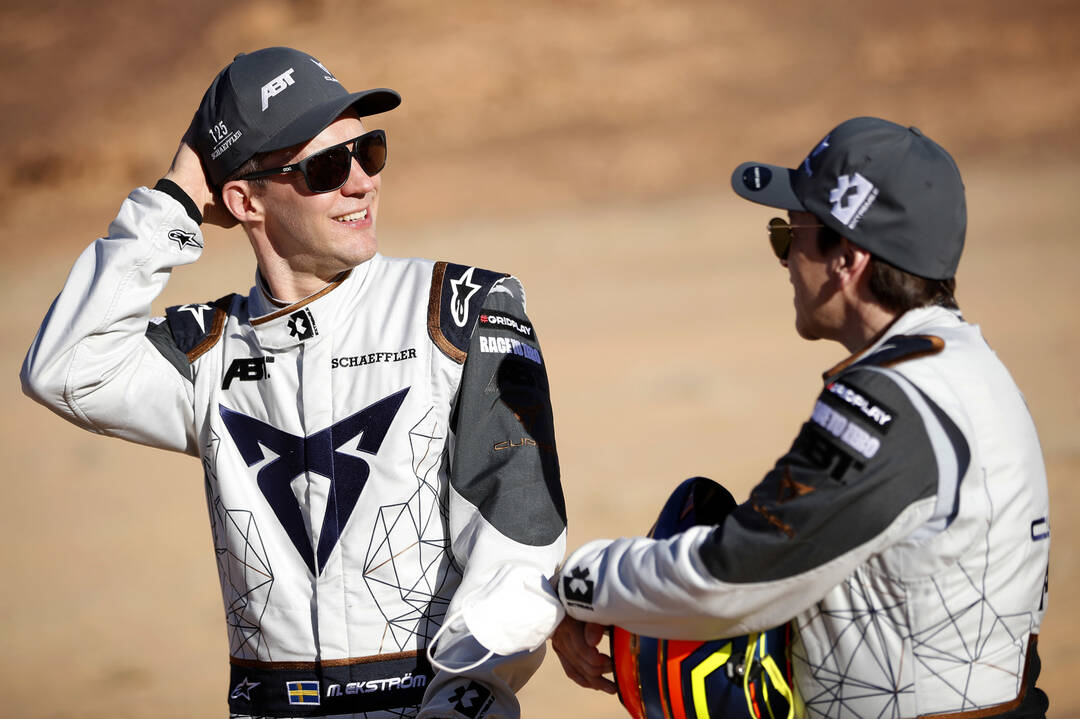 This racing series really lives up to its name: Extreme E kicked off its premiere season with a spectacular start in the desert of Saudi Arabia. Guests on site and TV viewers around the world experienced a completely new dimension of electric motorsport – fascinating images, fierce duels and some drama included. For ABT CUPRA XE, the event in Al-Ula turned into a real rollercoaster ride of emotions. After a violent accident during qualifying, the team completely rebuilt the e-CUPRA ABT XE1 overnight, experienced even more drama in the shootout race and ultimately still scored valuable points.

The spectators experienced the biggest moment of shock of the weekend in qualifying on Saturday morning: Mattias Ekström had just handed over the race car to Claudia Hürtgen after a fast lap. The German was on her way to a top time when a technical defect occurred in the front section of the single-spec car on a fast passage of the roughly eight-kilometre circuit. The race car rolled over several times and finally came to rest on its side. “At that moment, as a race driver, every second feels like a whole hour. I felt something broke in the car and from that moment on I was just a passenger,” said Claudia Hürtgen.

While she got out uninjured, the accident gave the mechanics a long night shift: 24 hours, interrupted only by a shower and a scant hour’s sleep, it took until the e-CUPRA ABT XE1 was rebuilt and driven out of the tent on Sunday morning. But the next drama was already waiting: in the so-called shootout race for important points, Claudia Hürtgen was hit by a competitor while in the lead and had to end the race. “I think everyone clearly saw that this move by our competitors was nonsense,” said Mattias Ekström, who as the starting driver had initially built up a clear lead.

At the end of the long-awaited start to the Extreme E adventure, Team ABT CUPRA XE is now left with 13 championship points – and plenty of experience. “The series is still like a start-up that now has to develop,” says Mattias Ekström. “The beginning was promising, and now we have to take the next steps as a team and as a series. As soon as we are home, the first debriefings are on the agenda so that we can show our true strength in Senegal. Our goals were, are and always will be: wins.”

The next event on the Extreme E calendar is scheduled for May 29 and 30 in Senegal. This will be followed by three more races in Greenland, Brazil and Argentina until December.