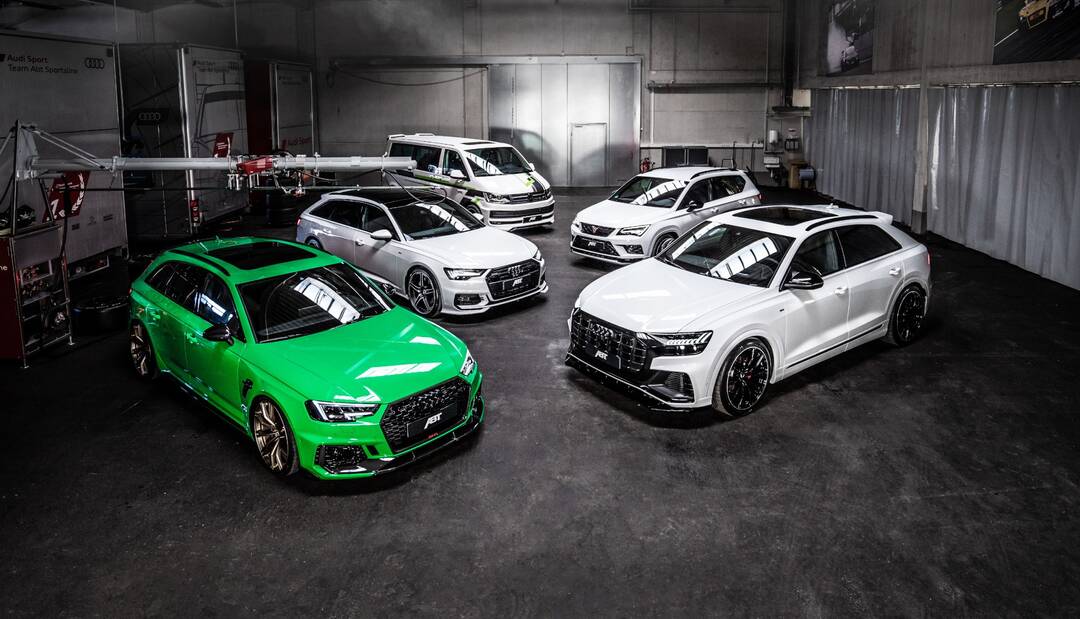 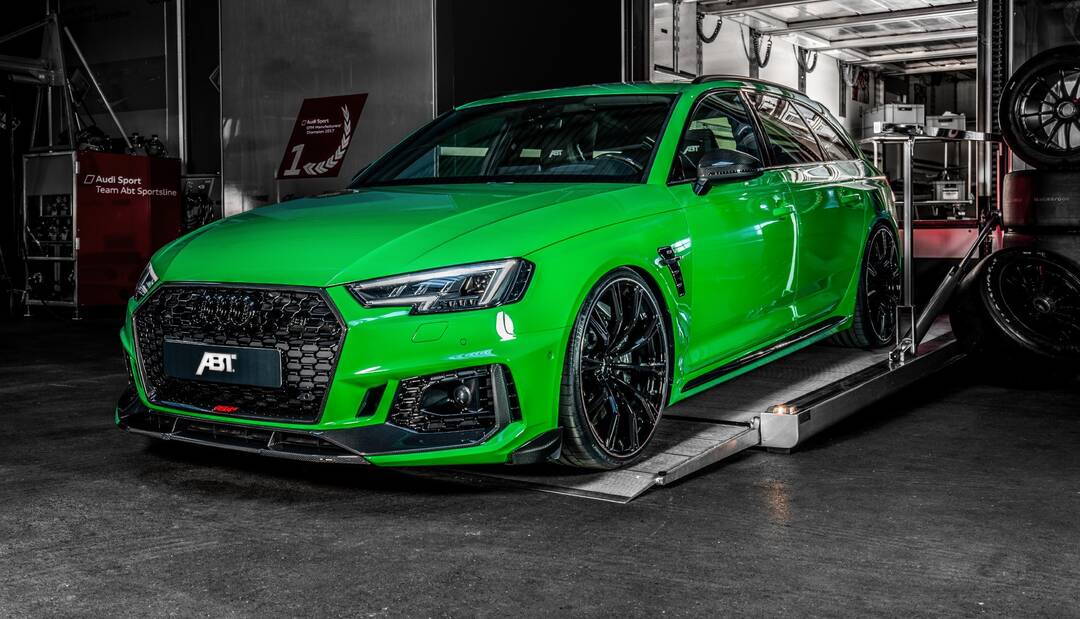 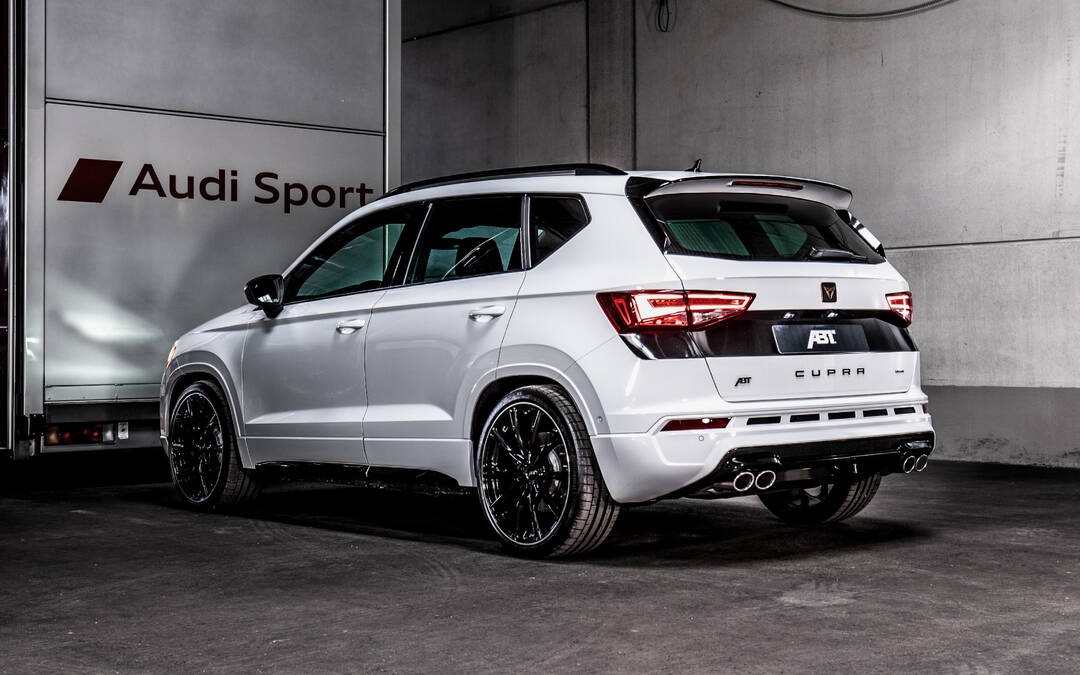 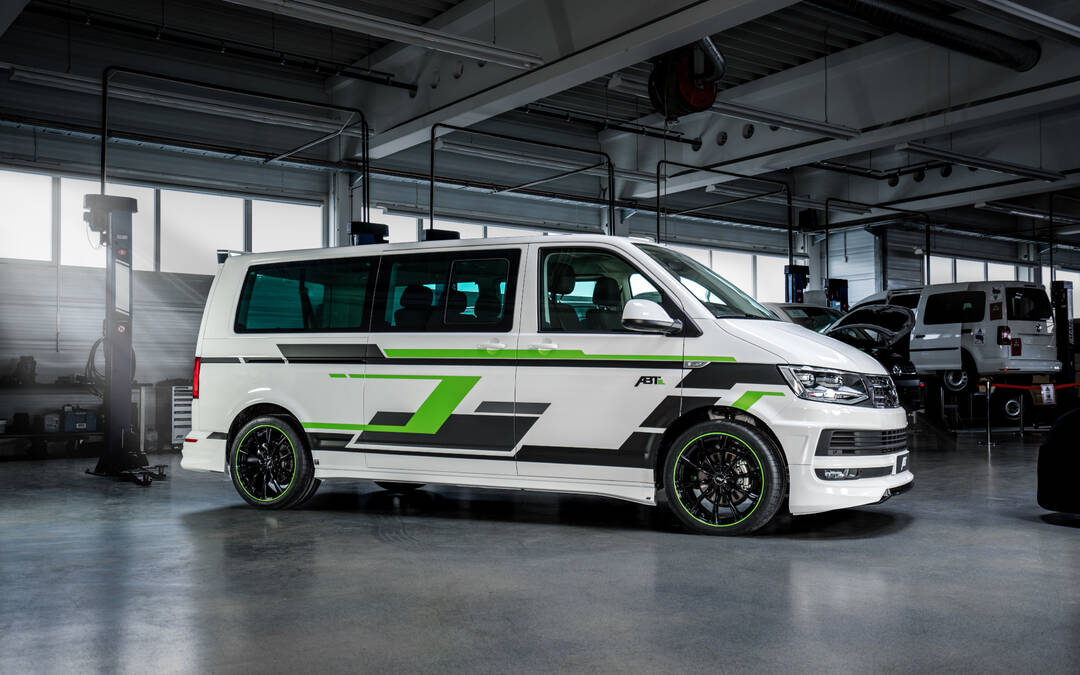 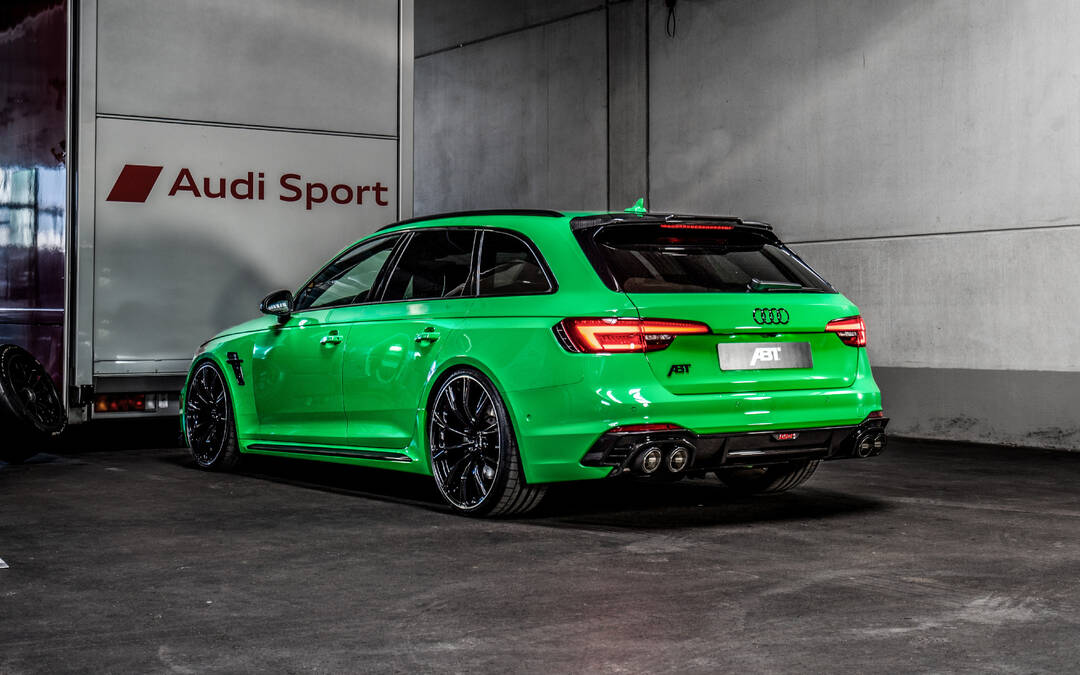 High five: ABT presents a strong quintet at Geneva

In Geneva, ABT Sportsline presents a broad range of amazing vehicles at its booth 1244 in hall 1. These include the ABT RS4+ with up to 530 HP (390 kW) and the ABT e-Transporter, which will be officially sold by VW Commercial Vehicles. At the Geneva Motor Show, the van will even feature a complete tuning package.

The perfect car for covering long distances is the ABT A6 Avant 50 TDI with 330 HP (243 kW). You prefer an elegant SUV? ABT also offers this power boost for the Q8 50 TDI, which will also be on display in Geneva. There is petrol running in your veins and not diesel? Please meet the  CUPRA Ateca ABT with its 350 HP (257 kW) petrol engine. However, tuning is much more than pure power. Thus, all exhibits feature amazing wheels from ABT Sportsline. Moreover, some cars are also equipped with special aerokits, dynamic suspension components and a modified interior.

Would you like to learn more about our exhibits? Hans-Jürgen Abt would be happy to give you a personal tour on March 5, the first press day. Just drop by at our booth between 3 p.m. and 6 p.m. for a casual get-together.

Thanks to the supreme all-wheel drive, the new ABT RS4+ shows off the power boost to 510 HP (375 kW) on virtually any surface. On request, the power can even be increased to 530 HP (390 kW) for a surcharge. And the best thing:  despite the supply gap due to the WLTP, existing vehicles (NEDC) are available from ABT Performance Cars in the short term. The limited edition of 50 complete vehicles can be ordered now and will be ready for delivery from March 2019. On request, customers can also order a fully customized car. "As the demand for the predecessor RS4-R – which was also limited to 50 vehicles – far exceeded the supply, we are now offering our customers a worthy successor," explains CEO Hans-Jürgen Abt. Potential buyers can experience the speedy Avant live at the 89th Geneva Motor Show (March 7 to 17).

A true power source: ABT presenting the speed-style A6 50 TDI in Geneva

The Jet d’Eau fountain with its up to 140 meters (460 ft) high and bright white water jet is the best known attraction of Lake Geneva: Thanks to a pump performance of 1,000 kW, the cool water is jetted upwards with up to 200 km/h. The glacier white paint of the ABT Audi A6 Avant 50 TDI represents a less hurried state of the element water. Still it should be clear that the famous “oversize fountain” can’t keep up with its top speed. The acceleration of the Audi is also beyond any doubt: 100 km/h can be reached in just 5.5 seconds – two tenths faster than with the production version with 286 HP (210 kW). After all, the performance of the diesel engine has been increased to 330 HP (243 kW) thanks to the ABT Power boost which uses the auxiliary ABT Engine Control (AEC) unit. Those who want to admire both the deservedly famous Jet d’Eau and the latest coup of ABT Sportsline, should visit Switzerland on March 7–17, during the legendary Geneva Motor Show.

The most famous 00 agent in the world visited Switzerland – including Geneva – on numerous occasions during his career. And ABT Sportsline may have the perfect car for him on display at the Geneva International Motor Show (7-17 March): the ABT Audi Q8 50 TDI. Our brand new ABT aerodynamics package adds a really impressive touch to this SUV. In addition, the ABT Power boost makes the “50 TDI” the ideal vehicle for chasing villains over long distances without the need for a refueling stop.

In order to give the Audi Q8 50 TDI the ABT Power boost, the Bavarian company installed the auxiliary ABT Engine Control (AEC) unit to improve its performance. The engine block can now deliver 330 HP (243 kW) instead of 286 HP (210 kW). The upgrade also increases the torque from 600 to 650 Nm. Furthermore, this Q8 has been fitted with the ABT Level Control to enable electronic lowering of the standard air suspension. But while we are on the subject of “Q”: Bond’s technical mastermind would certainly have appreciated the work carried out by ABT Sportsline as he was always keen to make changes to series-production vehicles.

350 HP: CUPRA Ateca ABT sharpens its horns for Geneva

With its enormous power and revised suspension, which is further improved with ABT lowering springs, the CUPRA Ateca ABT offers a particularly dynamic drive. The 20-inch wheels of type ABT SPORT GR give the car a very elegant touch.

The ABT e-Transporter will be presented at the auto show as a tuning version for the first time even before start of series production. The fully electric vehicle is an in-house development and is based on a VW T6, which is electrified at ABT e-Line, a subsidiary of the tuner ABT Sportsline. The company is an official PremiumPartner of Volkswagen Commercial Vehicles, meaning that sales are also handled by the vehicle manufacturer. The first deliveries to customers are expected for the beginning of the 3rd quarter of 2019.