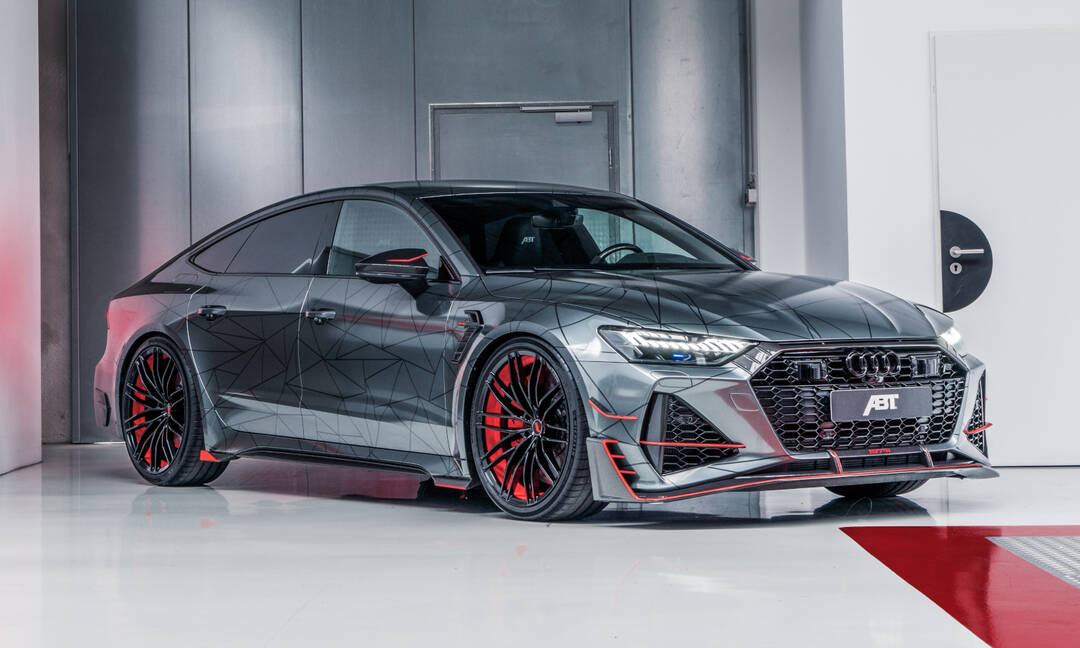 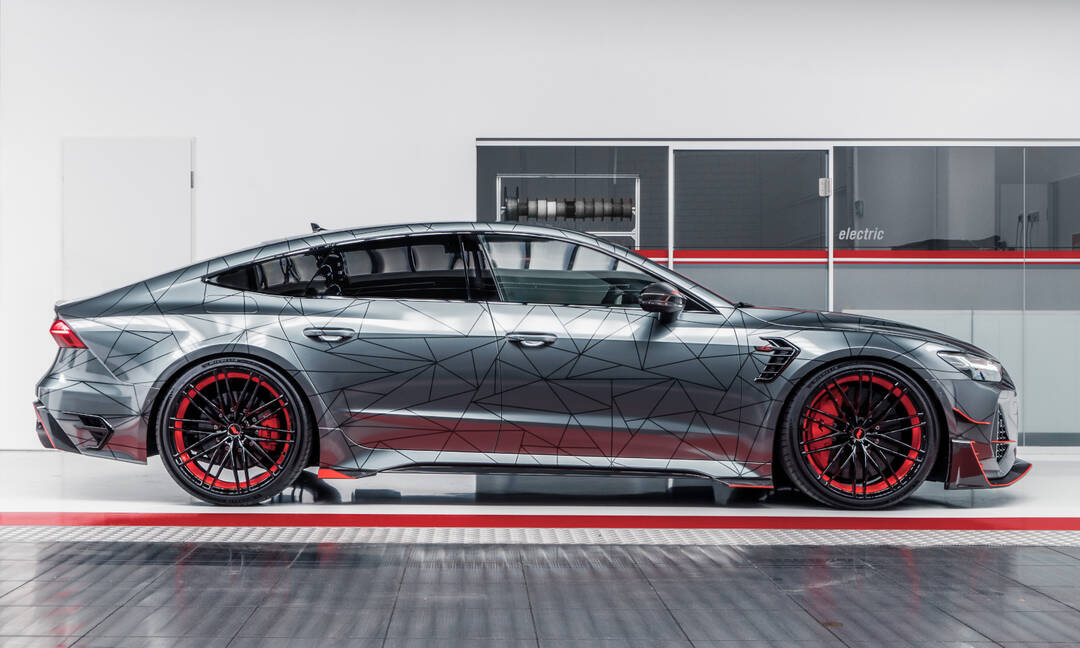 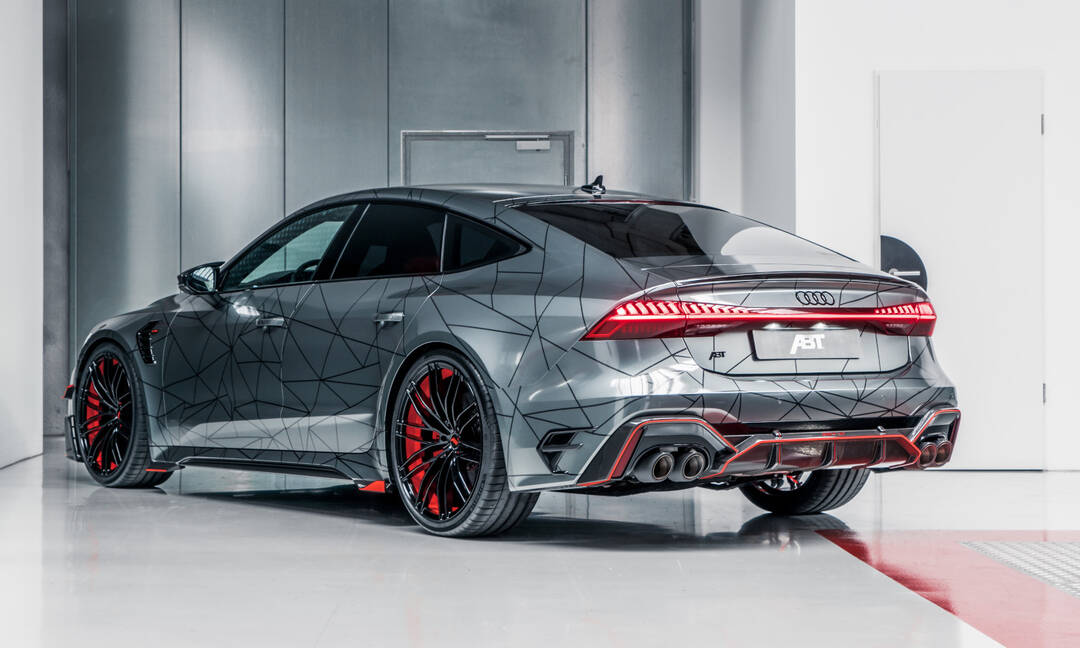 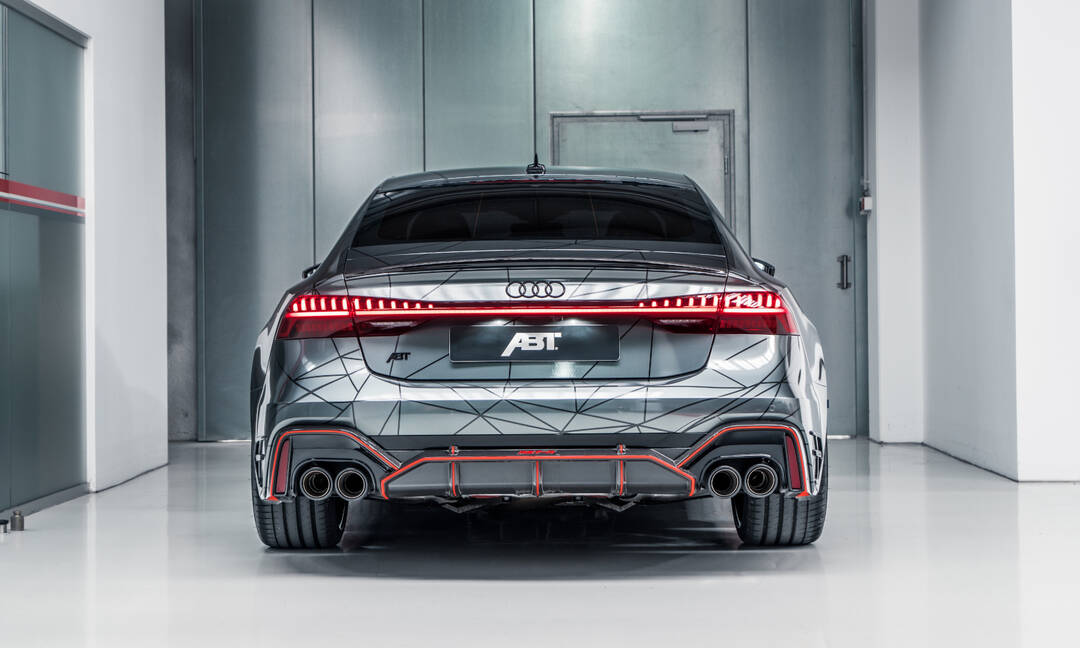 At the end of 2019, a true high-performance car appeared in the form of the Audi RS 7 Sportback. If you own one, you can upgrade it into an ABT RS7-R exclusively at ABT Sportsline. The special edition is limited to a total of 125.

At the heart of the RS7-R package lies the performance upgrade ABT Power R, which boosts the performance of the standard model from 600 hp (441 kW) and 800 Nm to a hefty 740 hp (544 kW) and 920 Nm – and of course, includes a 2-year guarantee in the scope of the manufacturer's guarantee. To transfer the extra power of the 4-litre V8 bi-turbo petrol engine to the road as efficiently as possible, ABT offers two ABT suspension options, tailored to the RS7-R, comprising ABT coilover suspension springs and sports anti-roll bars. Of course, the RS7- R package also features visual highlights, mainly in the form of stylish carbon fibre. The ABT front grille frame add-on and front lip add-on with bold RS7-R logo create a striking appearance. And of course, the ABT rear spoiler and rear skirt add-on should not be omitted. The package includes ABT High Performance HR 22-inch wheels.Also included are a range of interior modifications, such as the ABTleather and carbon finish for the steering wheel and the ABT seat upgrade with RS7-R logo.

Further optional extras such as an extended interior package or the optionally available 22-inch ABT HR Aero wheels can be found in the ABT Configurator.

Formula E racing driver Daniel Abt was quite impressed with this edition of the new
ABT RS7-R. He invites the community to be there when he presents his own model of the already limited special edition. The one-of-a-kind vehicle named ALLTHEWAYABT RS7-R features a special design and a range of orange-coloured details. They can be found in the complete wrapping, the painted brake calipers and the 22-inch High Performance HR wheels. The centre console is adorned with the engraving “Handcrafted for DA”. From 6pm today, 02/04/2020, you can marvel at this unique specimen in the new video on the racer’s YouTube-channel and on the ABT Sportsline social media channels Instagram and Facebook.