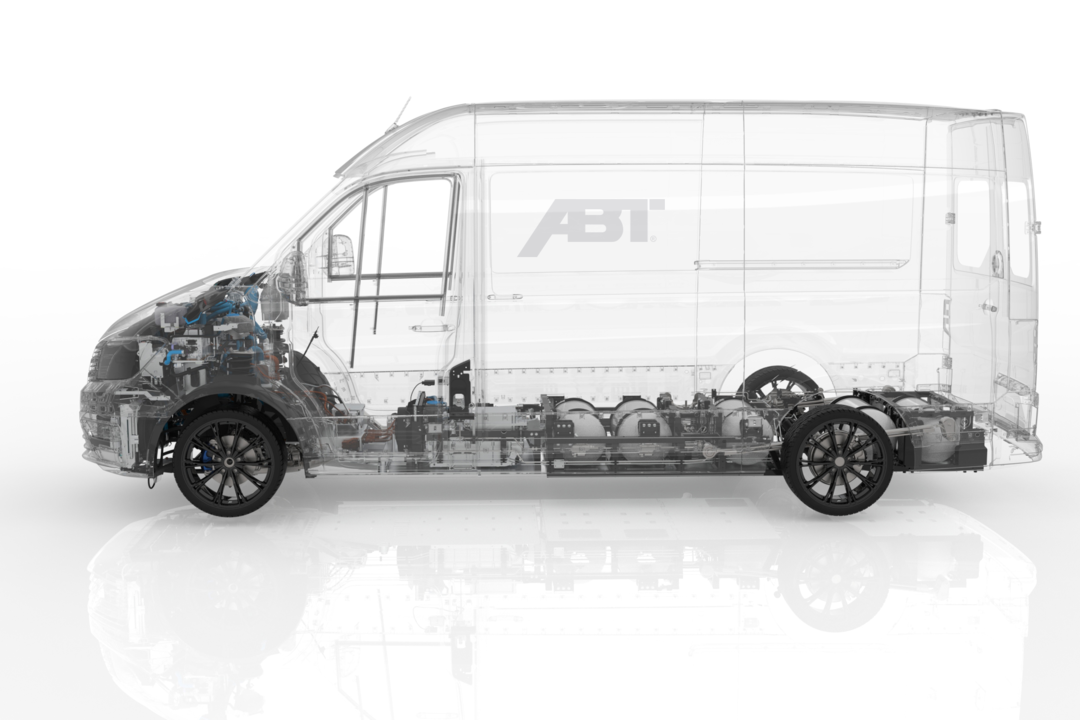 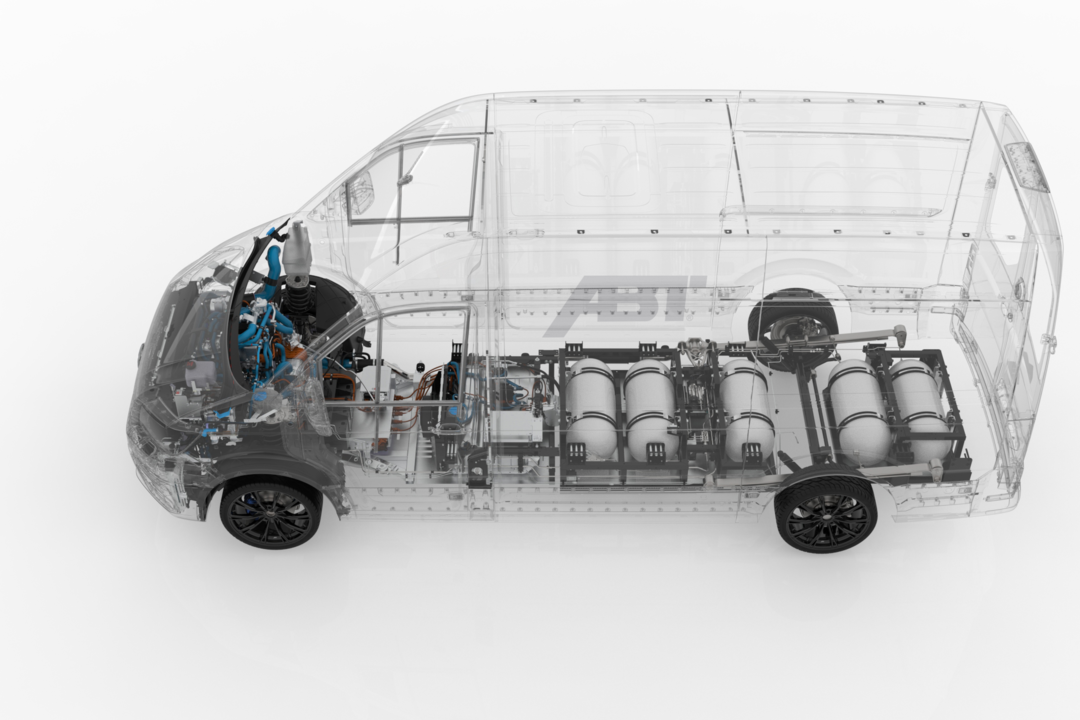 Vans with combustion engines emit considerable amounts of CO2. Although battery-based electric drives are locally emission-free, they are only an alternative within certain range limits and recharging takes a lot of time. After all, daily distances of 800 km are common in express logistics, for example, which would require battery sizes of 300 kWh without a charging stop.

A comparison with the passenger car sector shows that this is not feasible in the van class. There, electric cars rarely have battery capacities of more than 100 kWh, even in the premium segment. "We therefore see a sensible area of application for the hydrogen fuel cell in long-distance logistics," says Eric Plekkepoel, CEO of ABT e-Line GmbH, a subsidiary of the ABT Group that specialises in alternative drives. The company has gained a lot of experience in the integration of fuel cell drives in two large Tier 1 projects in the last three years. In the next step, two series-produced e-transporters were converted as demonstrator vehicles with this technology. These were presented for the first time at the IAA Transportation trade fair in Hanover at the end of September. The market demand is so great that ABT e-Line decided to start series development with partners.

When setting up the demonstrator vehicles, the Kempten-based company took over the vehicle integration of the fuel cell system, the safety concept of the entire vehicle, the complete manufacturing process and the road approval. Furthermore, a 700-bar hydrogen tank system was integrated. Two to seven storage tanks can be refuelled in a few minutes. Due to the vehicle architecture and the available installation space, the conversions were a challenge. However, the effort was more than worth it: by implementing the new drive concept, a range increase of several hundred kilometres was achieved. Refuelling is now even necessary later than with comparable diesel models.

Even if the future of mobility will be predominantly battery-electric for efficiency reasons, the fuel cell offers enormous potential for niche applications, especially in the van sector. The energy density typical of hydrogen, which is far from being possible with current battery technology, is a real USP here when range is important. In addition, refuelling is much quicker than recharging batteries. ABT e-Line takes on the role of a technology driver and expert for the conception and realisation of market-ready small series for fuel cell drives.