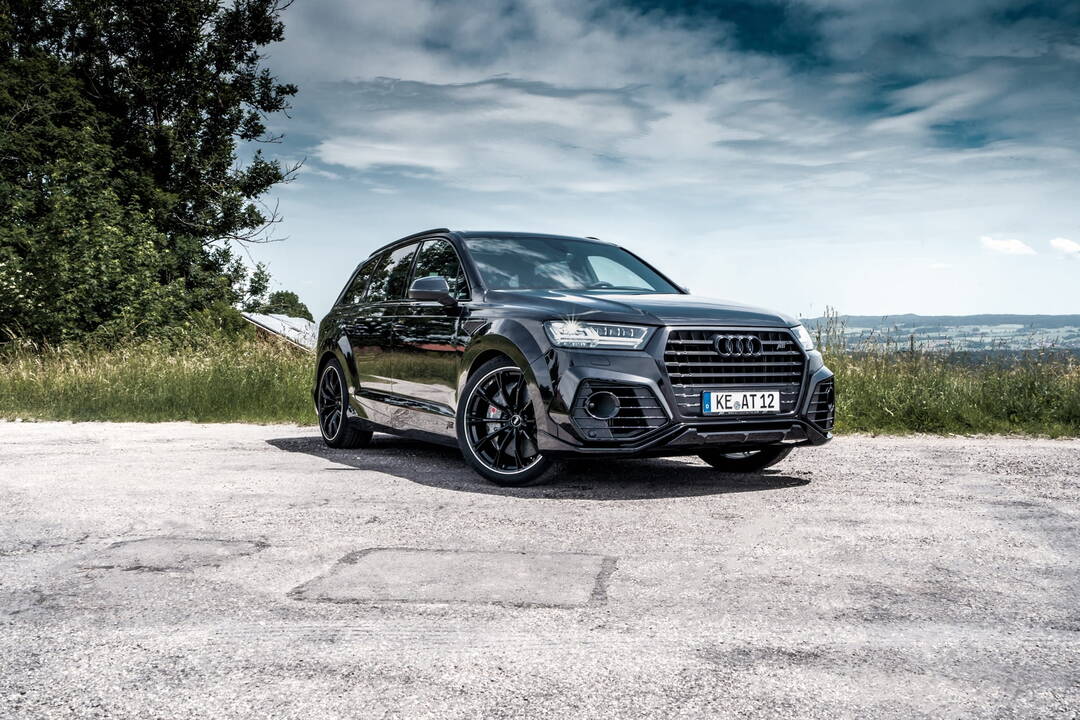 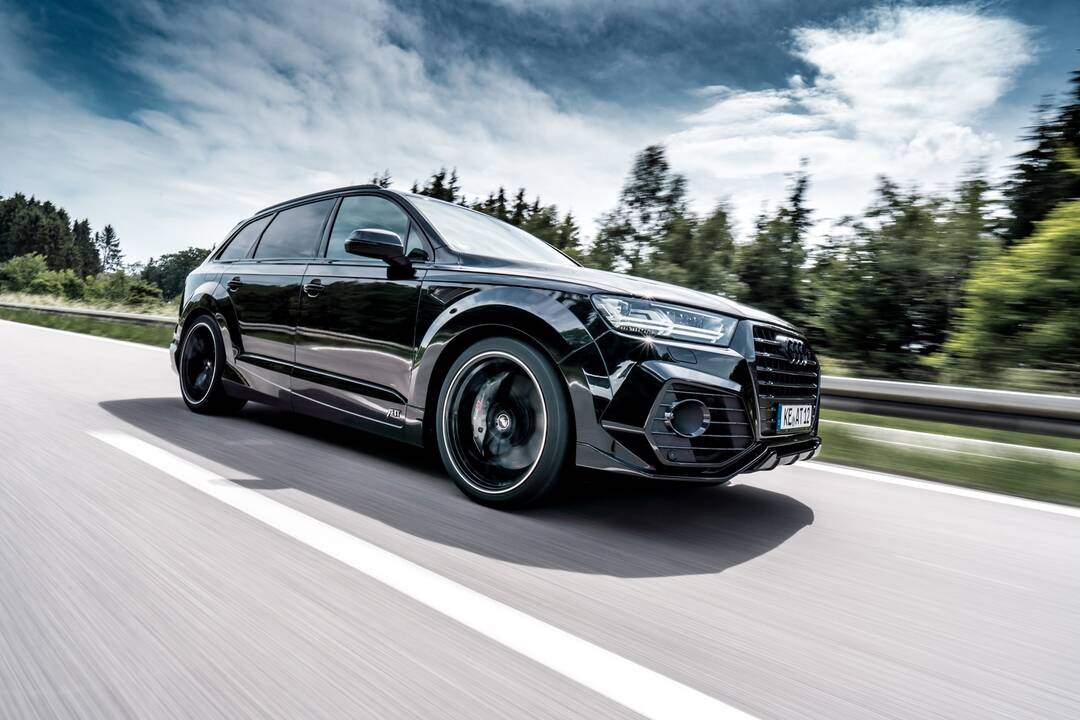 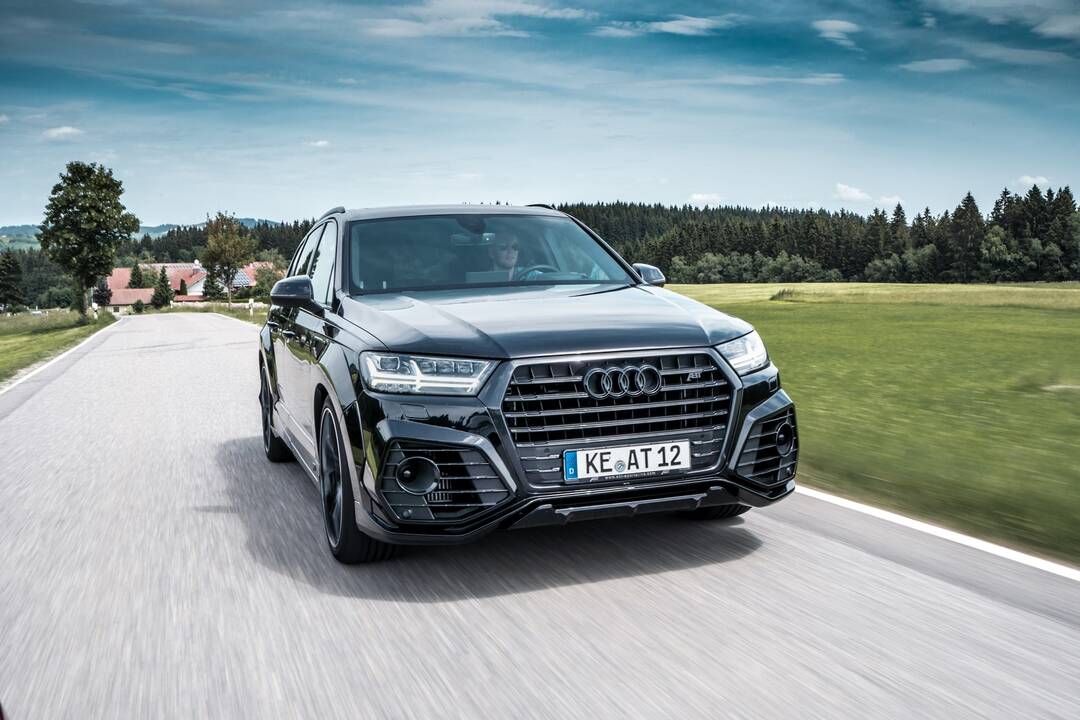 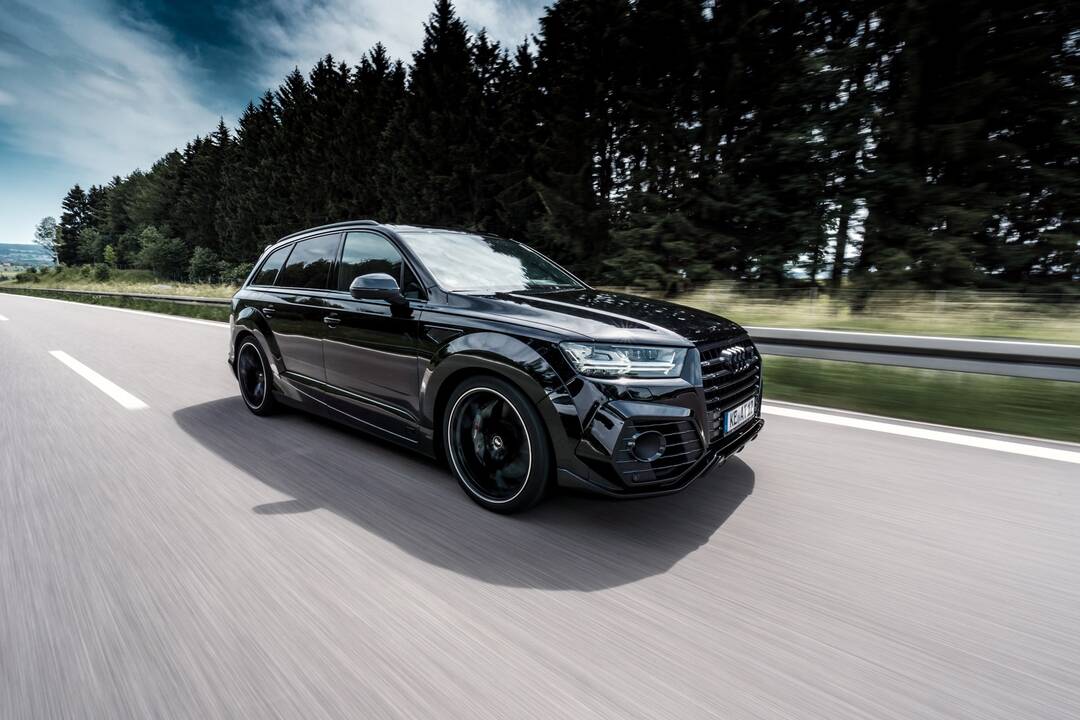 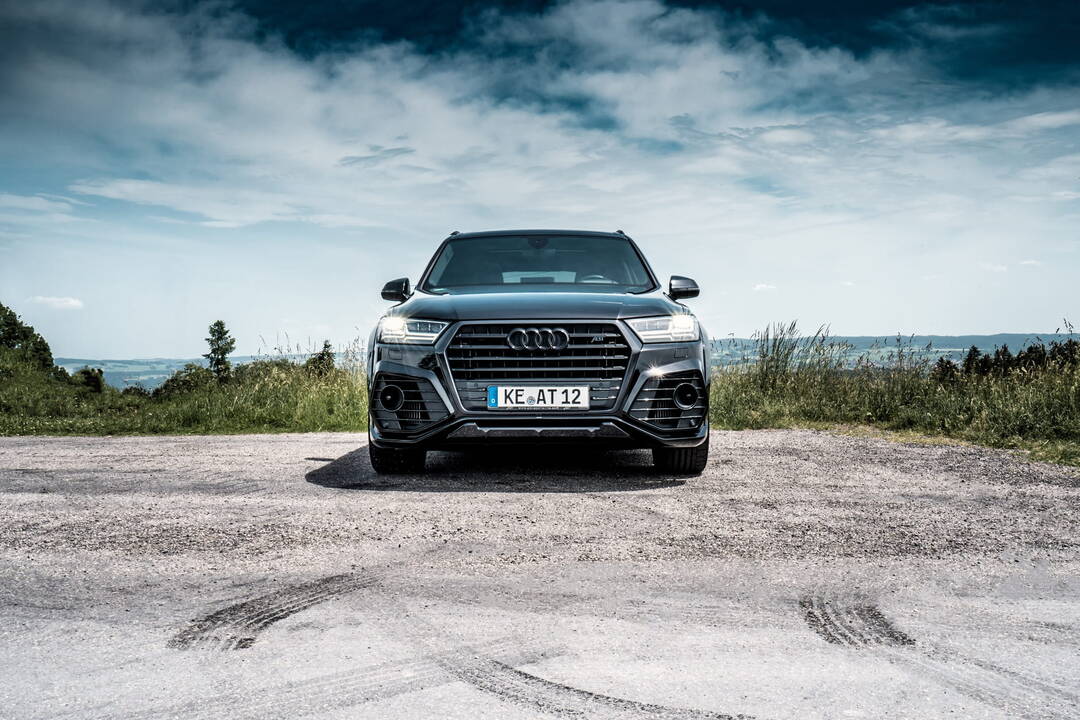 The current Audi Q7 is a vehicle that makes an impression from any perspective. ABT Sportsline still offers improvement in three disciplines: More power, new 22-inch alloy wheels and of course a lowering module are now available for the "50 TDI". "But these are only the foundations for an extensive tuning range which we will be introducing gradually", announces CEO Hans-Jürgen Abt.

On request, we equip the Q7 50 TDI with the ABT Power boost, which is based on the auxiliary ABT Engine Control (AEC) unit. This gets 330 HP (243 KW) instead of 286 HP (210 kW) out of the three-liter engine, while the torque increases from 600 to 650 Nm. In addition to this, the range includes the ABT Level Control electronic lowering module for the production air suspension. It creates more sporty handling while perfectly showing off the 22-inch alloy wheels in the wheelhouses. These are available in the design versions ABT DR,FR and GR. The ABT HR Aero flow-forming rims with matt black aero ring, which were first presented in Geneva, and the High Performance HR are completely new products which will be available from May.

A suitable "muscular" look can also be created. The ABT front skirt, ABT door strip attachments and ABT rear skirt set including rear muffler are part of the ABT Aero Package. Those who choose the "wide-body" variant additionally receive the ABT fender extensions. And there is more: Additional options include an ABT rear wing, ABT fender inserts, an ABT carbonkit exterior and the ABT carbon fibre cover front grille. For the alloy wheels, the same design variants are available as for the Q7 of the current generation. This also applies to the lowering of the air suspension with ABT Level Control.

That leaves the "inner values": In addition to ABT seat frame covers (carbon), the ABT shift knob cover, ABT dashboard covers carbonfiber upgrade, ABT steering wheel upgrade carbon / leather as well as the ABT integrated entrance lights are also available.