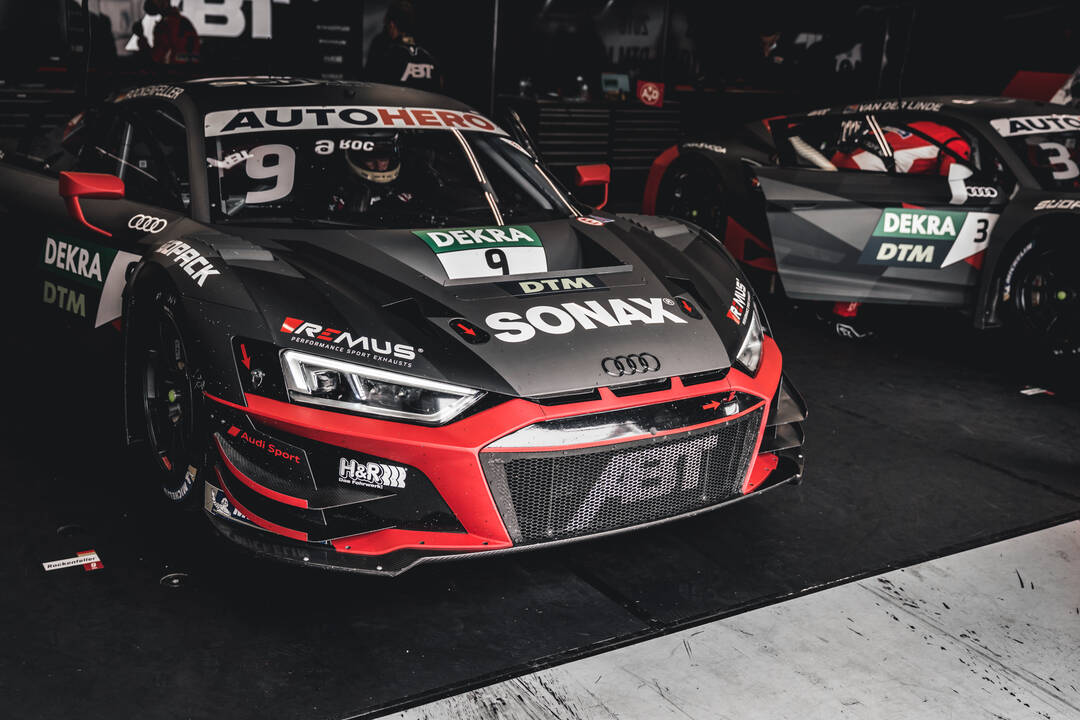 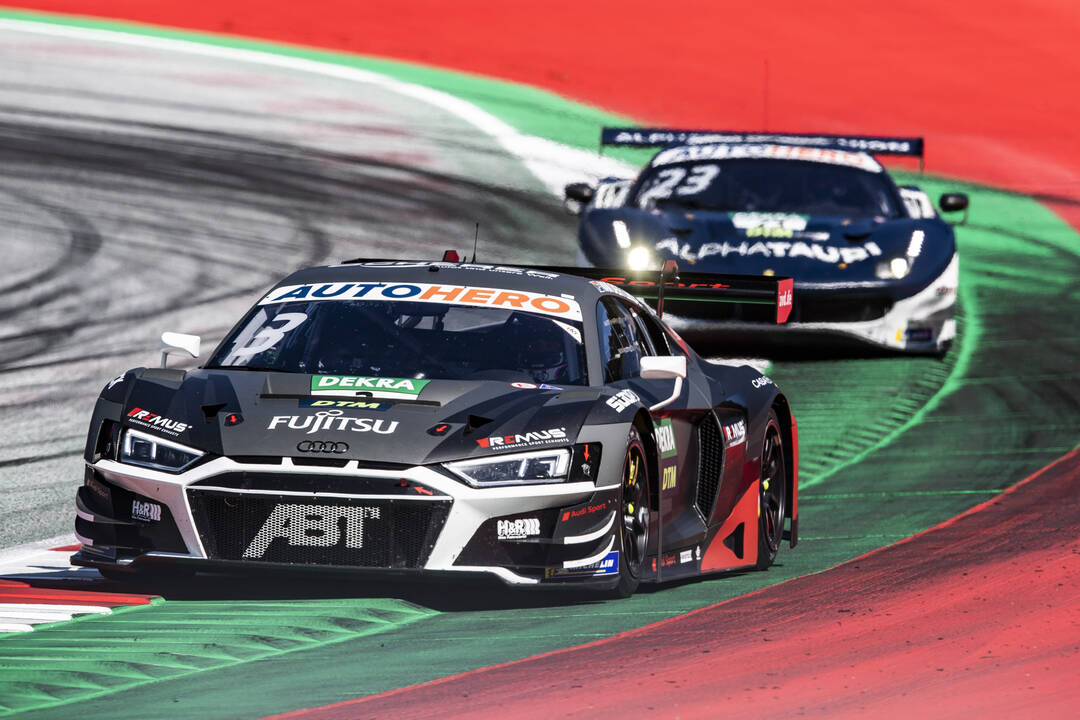 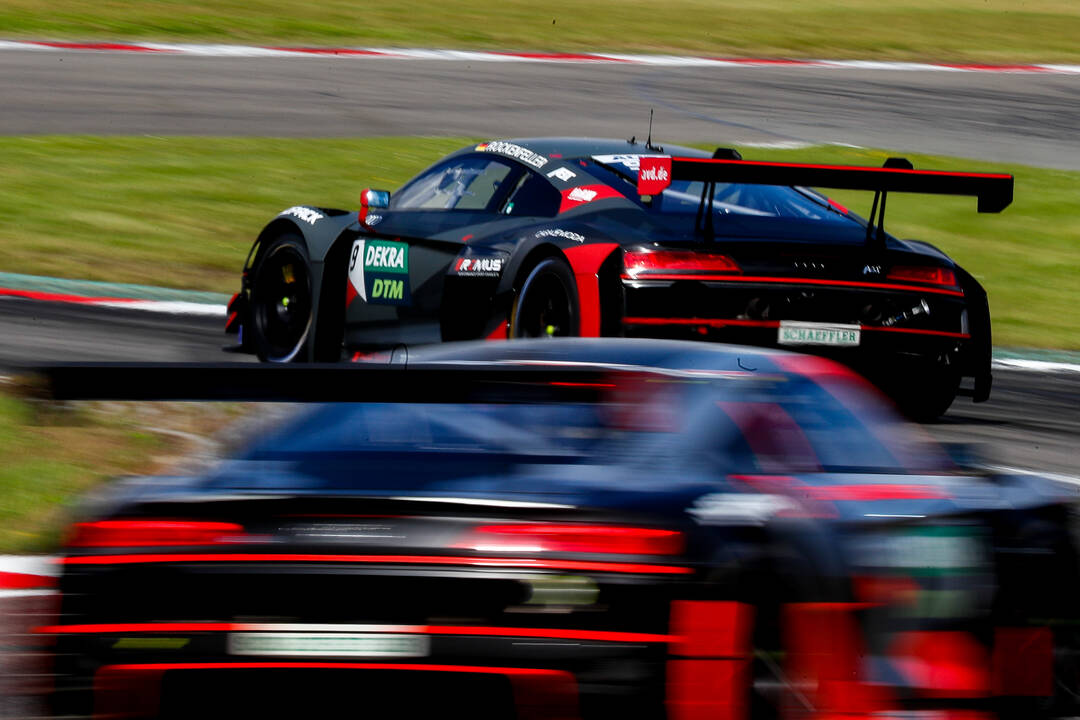 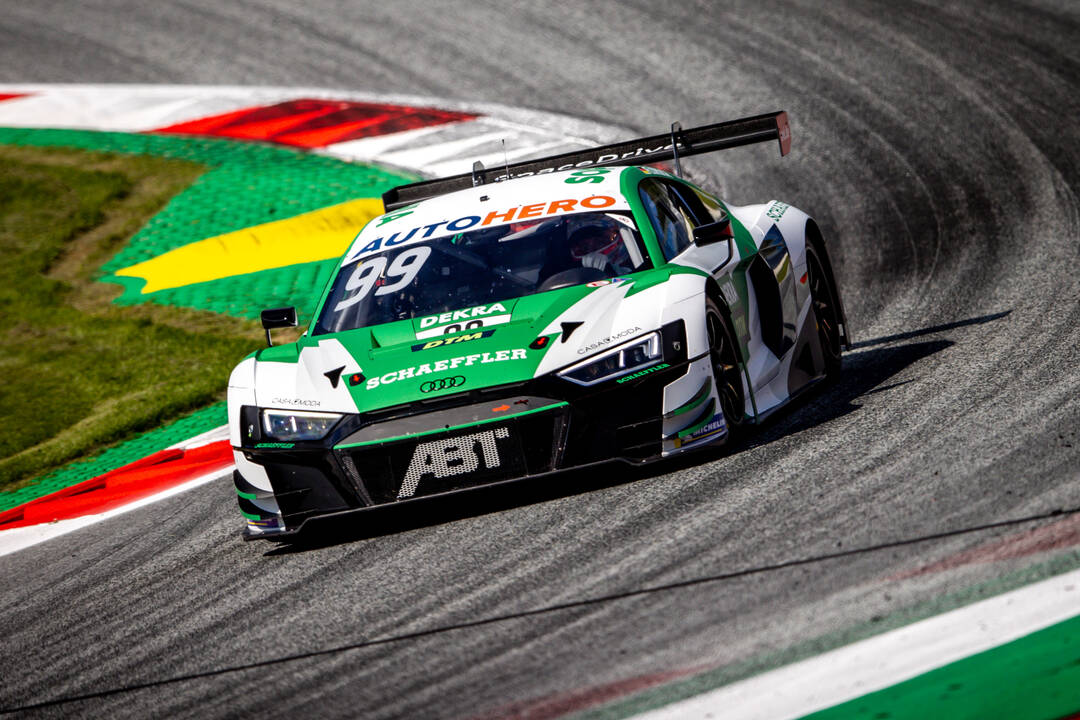 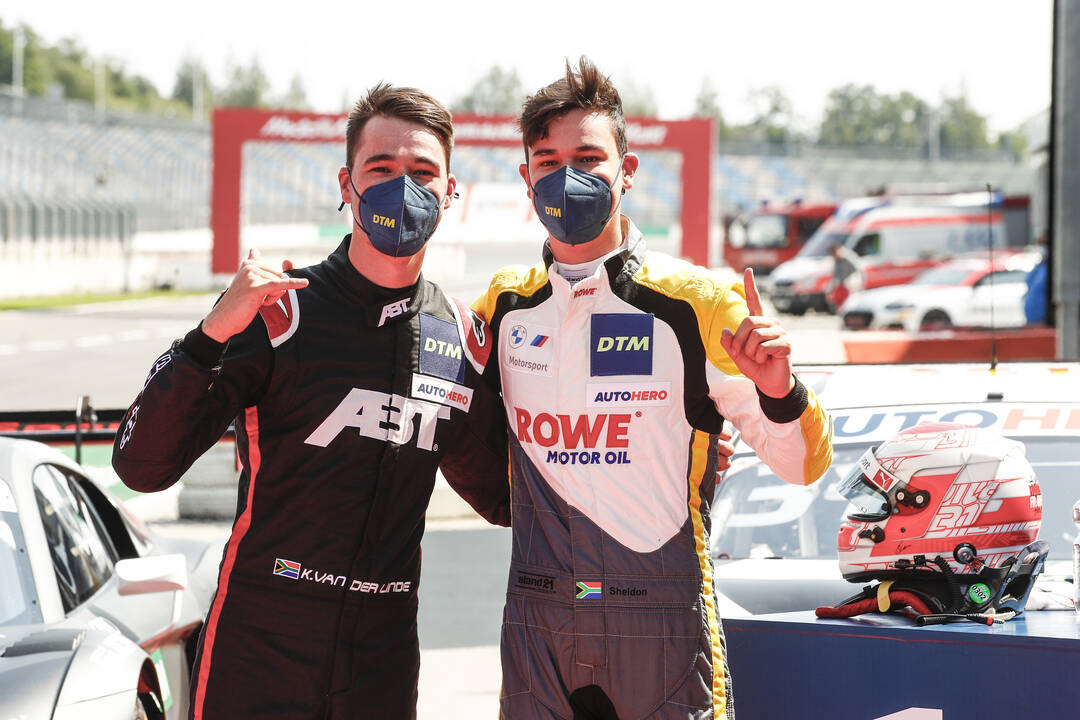 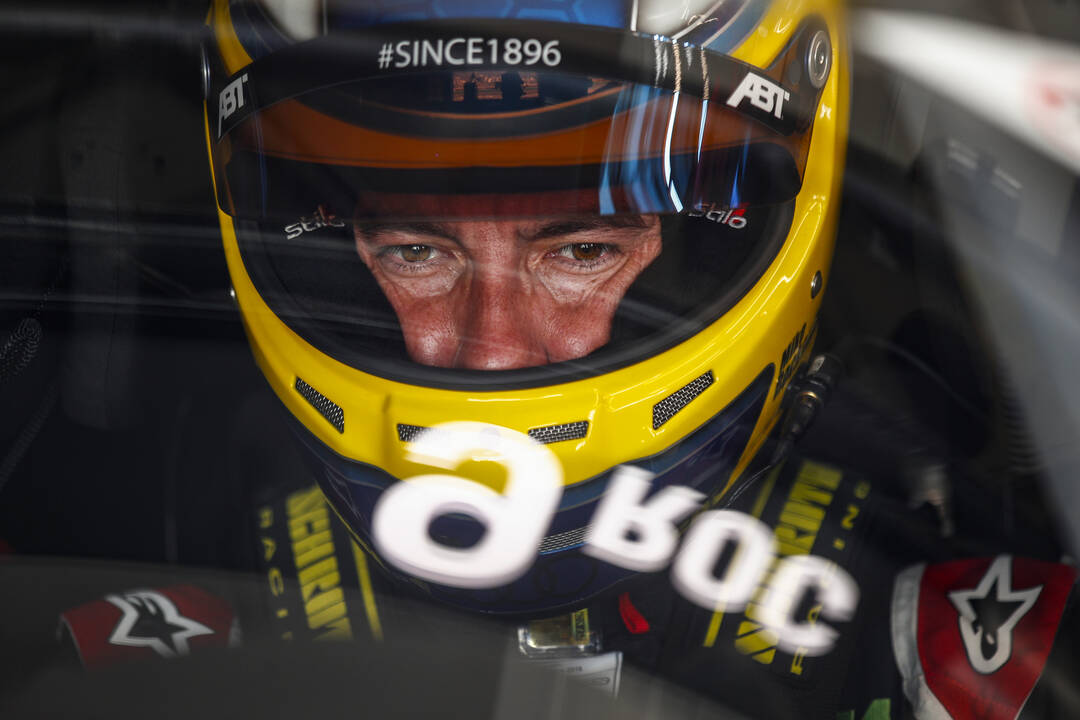 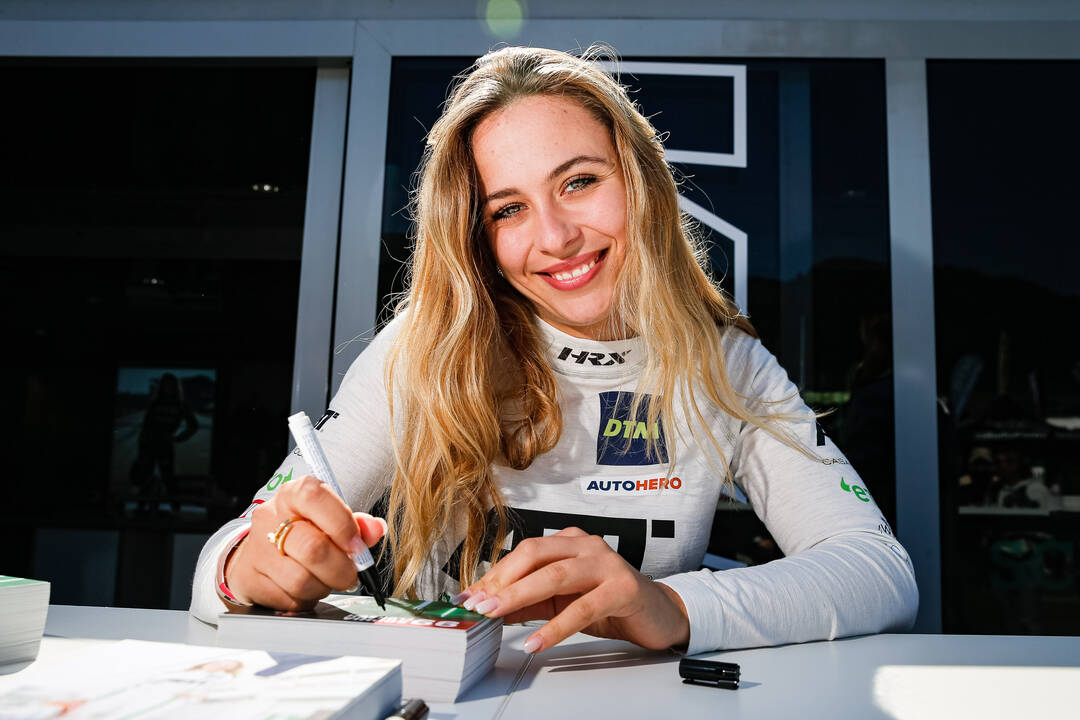 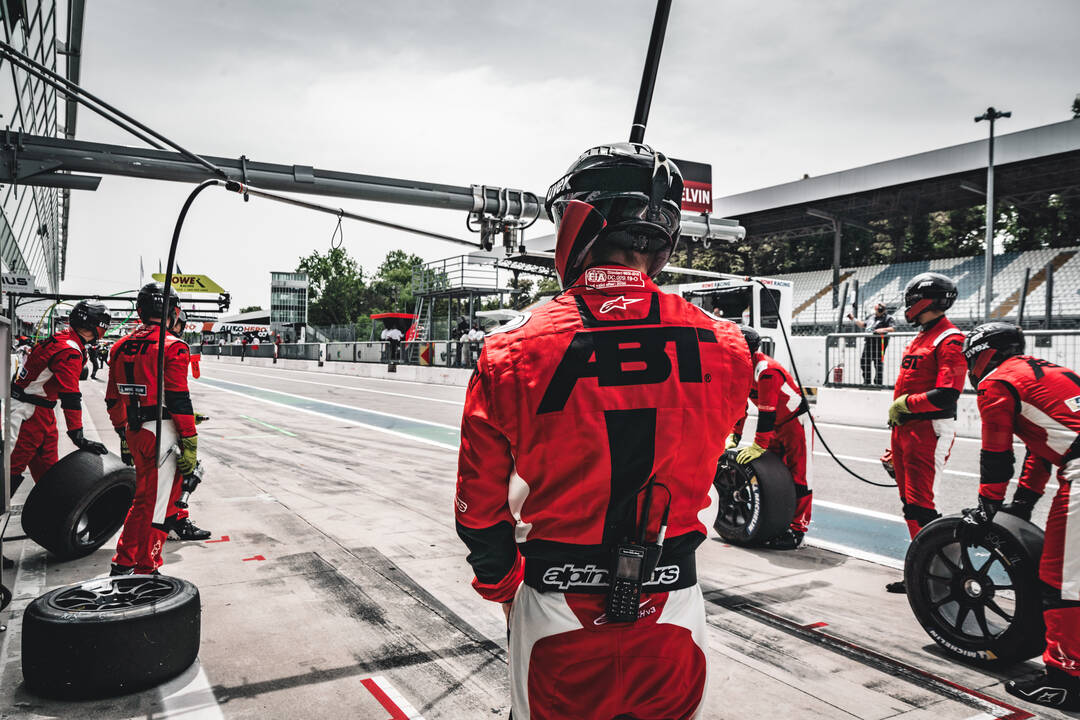 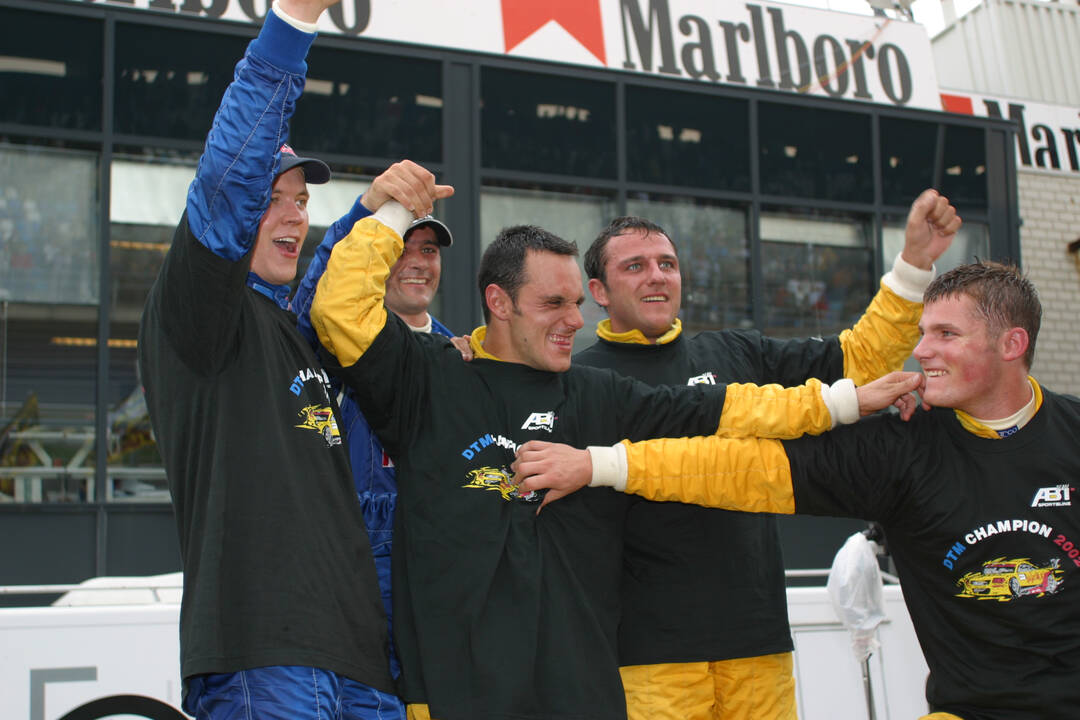 Worth a trip for ABT Sportsline celebrating 20 years: DTM in the Netherlands

For 20 years, the Netherlands has been a fixture on the DTM calendar – from 2001 to 2018 at Zandvoort on the North Sea coast and at Assen since 2019, the famous motorbike race track that also guarantees spectacular car races. The “long-distance trips” to the DTM in the Netherlands have almost always paid off for the team led by Hans-Jürgen Abt and Thomas Biermaier: only twice so far have they returned home to the Allgäu without any trophies.

Even the first Zandvoort entry in the 2001 season has a permanent place in the company’s history: Hans-Jürgen Abt’s brother, Christian, only narrowly missed his first victory in the DTM in a spectacular race. Starting from pole position, he led the field with the compact Abt Audi TT-R until a few hundred meters before the finish, when Mercedes driver Uwe Alzen squeezed past Abt with a robust maneuver on the last lap. After crossing the finish line, heated discussions followed.

In 2002, Mattias Ekström celebrated the first of his four Zandvoort victories with ABT Sportsline. It was also the Swede’s first success in the DTM. But that was secondary, because Laurent Aiello clinched the DTM title early that day, making a dream come true: As a small private team, ABT Sportsline had won the DTM with a self-developed car, sensationally beating the factory teams from Mercedes and Opel.

Subsequently, Zandvoort was almost always a good place for ABT Sportsline – also thanks to the basic philosophy of the Audi A4 DTM, which was made for the dune circuit. And, as usual, the ABT team made the most of the opportunities – similar to the Audi R8 LMS in the 2021 DTM season.

Zandvoort in 2008 is unforgettable: back then, ABT Sportsline took the first four places with its four Audi A4 DTM cars. Two of the drivers back then are today’s SAT.1 DTM experts: Timo Scheider and Martin Tomczyk.

Tomczyk won for ABT Sportsline in the Netherlands in 2007, Le Mans record winner Tom Kristensen in 2006. In 2011, Mike Rockenfeller celebrated his first victory in the DTM at Zandvoort with the ABT Sportsline team. Also for “Rocky”, the Netherlands is always worth a trip: in 2013, he crowned himself as the DTM champion early at Zandvoort. In 2019, he won at Assen with a daring strategy that underpinned his reputation as a “tire whisperer”. Tires played a crucial role in the short Class 1 era of the DTM at Assen.

However, a DTM race in the Netherlands also cost ABT Sportsline another possible DTM drivers’ title: in 2016, Edoardo Mortara was given a drive-through penalty by race control at Zandvoort for an alleged violation of the slow zone rules. That same evening, the officials admitted to discrepancies in the official GPS system. Mortara still lost at least eight points. At the end of the season, the Italian was only four points behind champion Marco Wittmann.

The DTM has held four races at Assen so far. Each time, at least one driver from ABT Sportsline has been on the podium. In 2020, the team even celebrated two double podiums and Robin Frijns’ first DTM triumph on Saturday. The charming consequence: On Sunday, Maike Frik stood on the grid as a “grid girl” in front of her partner’s car, thus keeping a promise she had made to her sweetheart the year before for his first DTM victory. Despite heavy rain, Maike, who was responsible for organization in the ABT Sportsline team last year, kept her promise.

Water also played a role in another success of ABT Sportsline in the Netherlands: Martin Tomczyk won a paper boat race organized by Audi in 2006 with the “Abt Allgäu IV” built by the ABT mechanics. Le Mans record winner Tom Kristensen sank in that race and afterwards said that the word “understeer” had taken on a whole new meaning ...

Sinking is not on the agenda for Team ABT Sportsline after the recent difficult weekend at the Red Bull Ring. For Kelvin van der Linde, it’s all about defending his lead in the drivers’ championship once again at his Assen debut. In the teams’ standings, ABT Sportsline wants to return to the top of the classification.

Quotes before the DTM races at Assen

Thomas Biermaier (Team Principal Team ABT Sportsline): “Everyone in the team hopes that the Red Bull Ring was an exception and that from Assen onwards we will again be in a position to fight for victories with the Audi R8 LMS in all of the races. For Kelvin and Sophia, Assen is new territory, but they have both practiced in the simulator and Mike, as well as our engineers, were able to give them both valuable advice. Assen is a difficult track where we have done well in the last two years with the Class 1 cars. I am convinced that this will also be the case this time. We are really looking forward to the weekend. The Netherlands is an important market for ABT. We have a successful sales partner there as well as many fans and customers who will definitely be keeping their fingers crossed for us.”

Kelvin van der Linde (ABT Audi R8 LMS #3): “The most difficult DTM weekend of the year is behind us. That’s why I’m really looking forward to Assen. Assen is a new track for me. I have prepared intensively in the simulator and hope that I can translate this into a good race weekend. My brother, Sheldon, celebrated his first DTM victory there last year. He has given me good advice. I think Assen will be a good track for us.”

Mike Rockenfeller (ABT Audi R8 LMS #9): “I am extremely looking forward to Assen. I’ve always enjoyed driving DTM in the Netherlands – at Zandvoort, as well as at Assen in recent years. The track is very demanding from a driving and technical point of view. It’s also very fast. Overtaking is not quite as easy, but it is possible. In the past years, we always had high tire degradation. I expect that to be a little less this year, but still an issue. That means you need a car that is gentle on the tires. After a disappointing weekend for me at Spielberg, I hope to be able to fight for victory on Saturday and Sunday.”

Sophia Flörsch (ABT Audi R8 LMS #99): “I have never been to Assen, so it will be challenging. I only know the track from the simulator. I have driven quite a lot to prepare myself and I know where to go. I have also watched a lot of videos. I’m definitely looking forward to the weekend. Fans are allowed to be at the track again and hopefully it will start for me where we left off in the second race at the Red Bull Ring.”

... Kelvin van der Linde drove an Audi R8 LMS in the 6-hour race on the Nürburgring-Nordschleife between Spielberg and Assen?

... Sophia Flörsch made several appearances at the IAA Mobility in Munich and Mike Rockenfeller was also a guest at the IAA on Sunday?

... Mike Rockenfeller won a race of the RCCO E-Sport Series with the 1,000 hp electric eX ZERO on the Monday after Spielberg?

Media talk with Sophia, Kelvin and Mike via Zoom 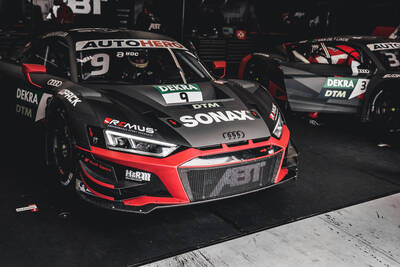 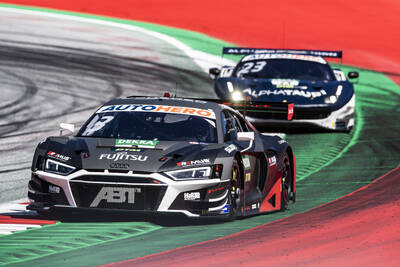 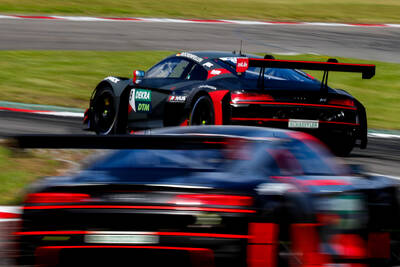 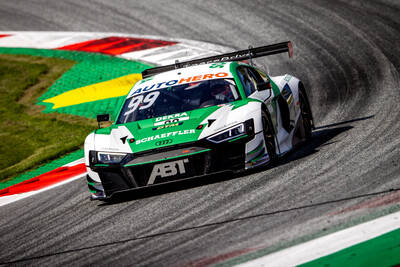 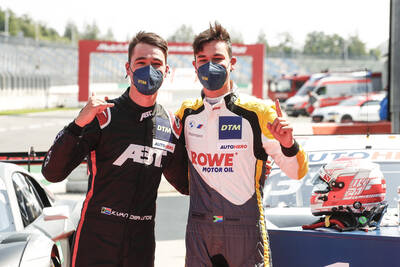 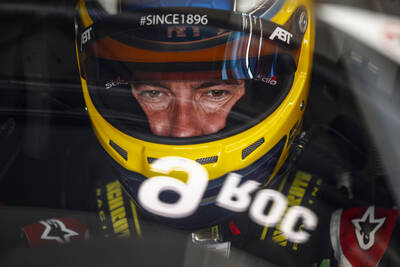 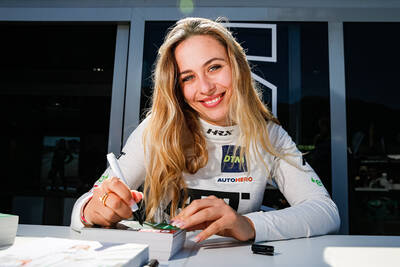 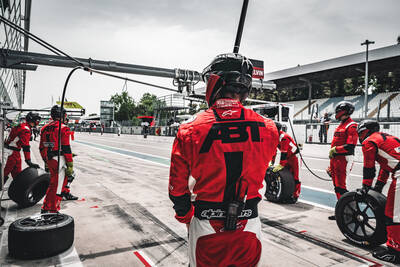 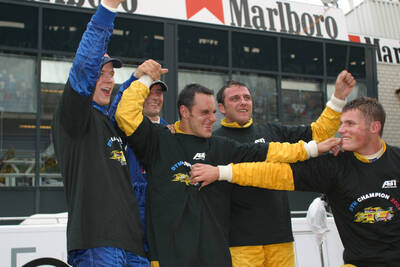