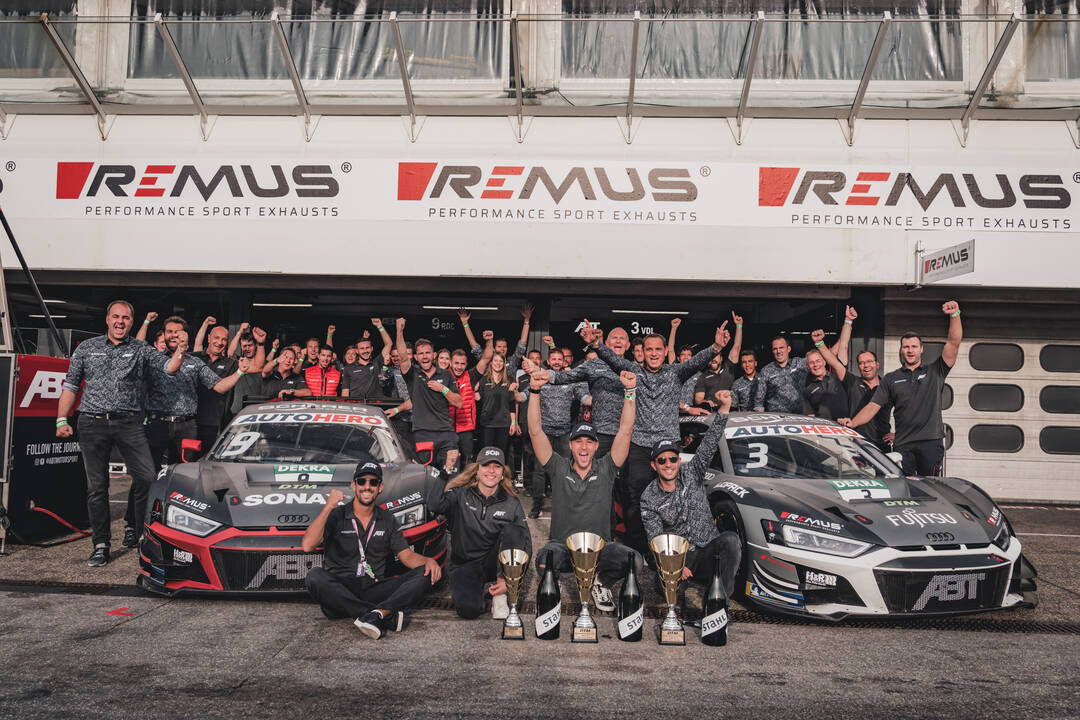 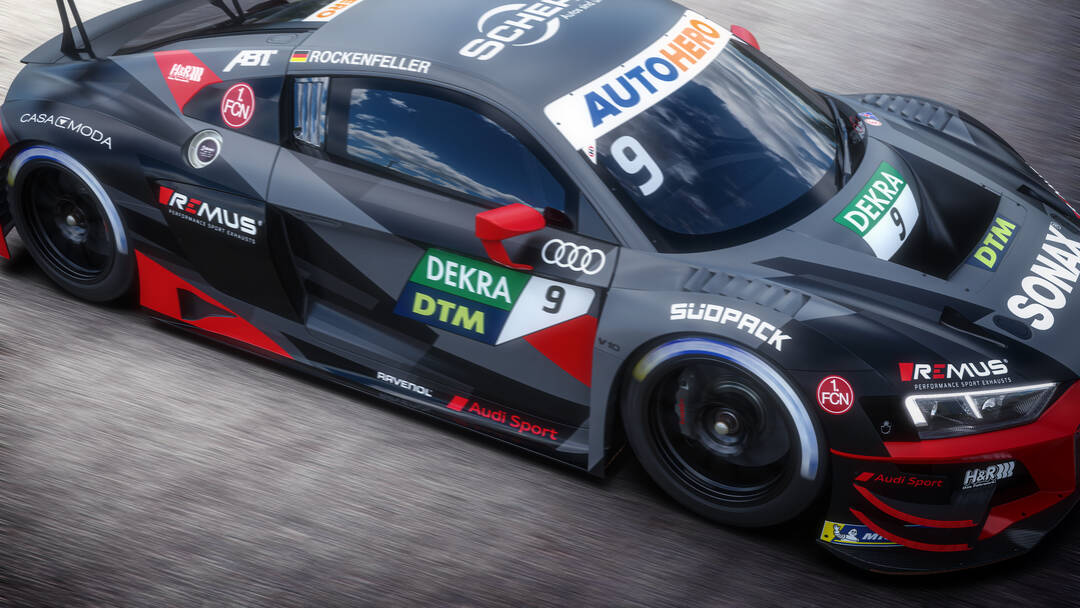 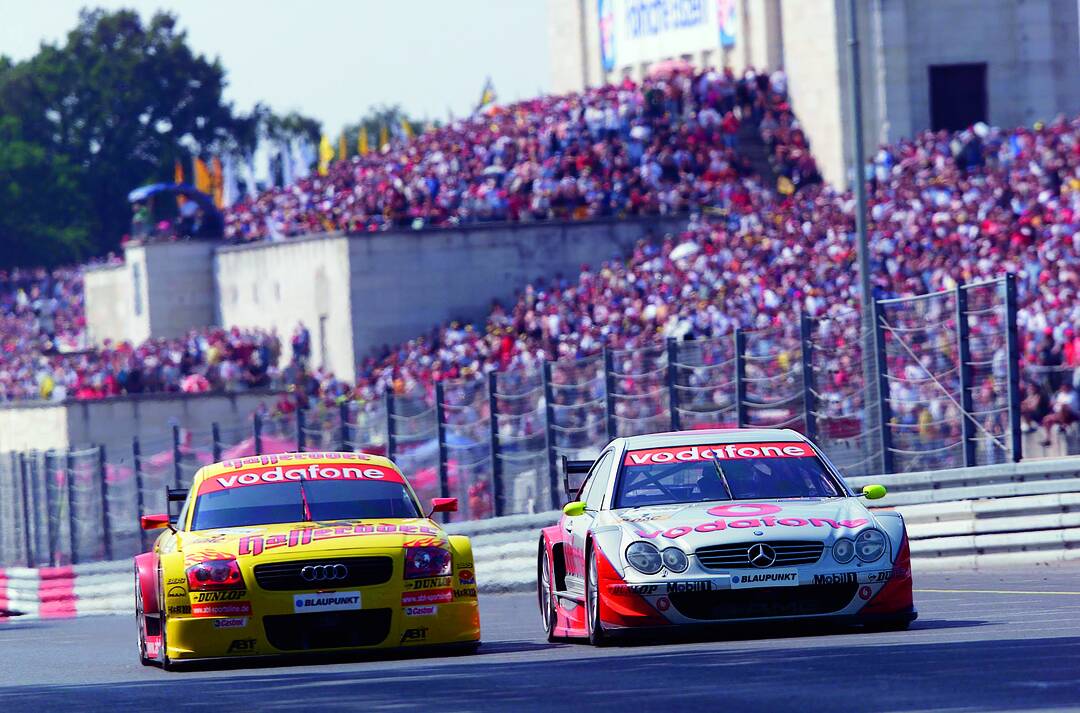 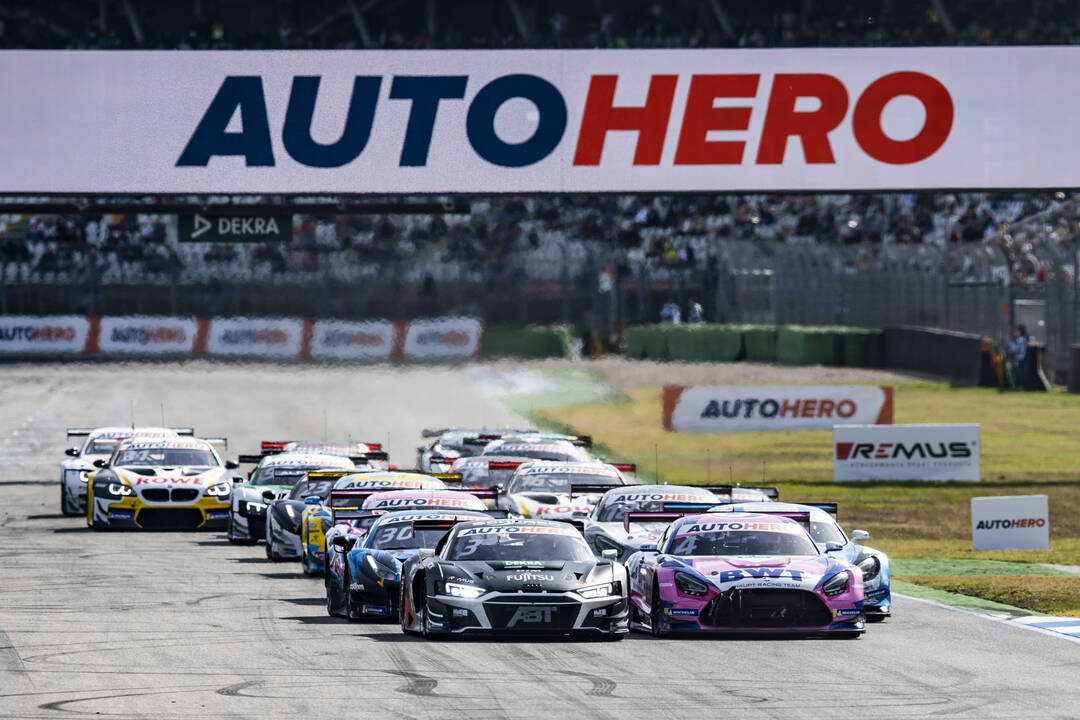 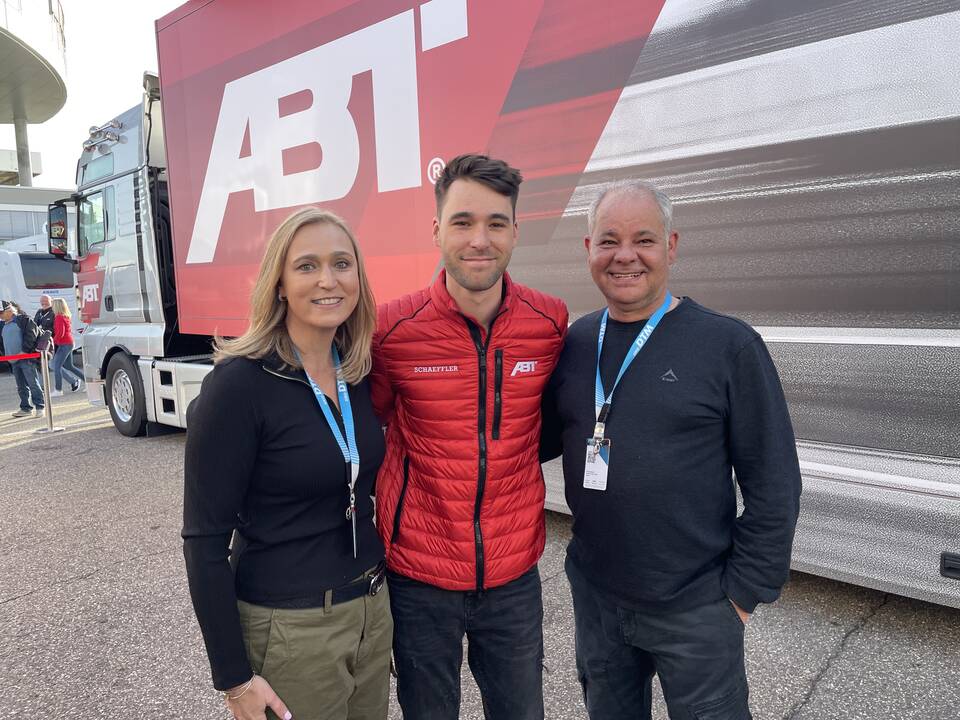 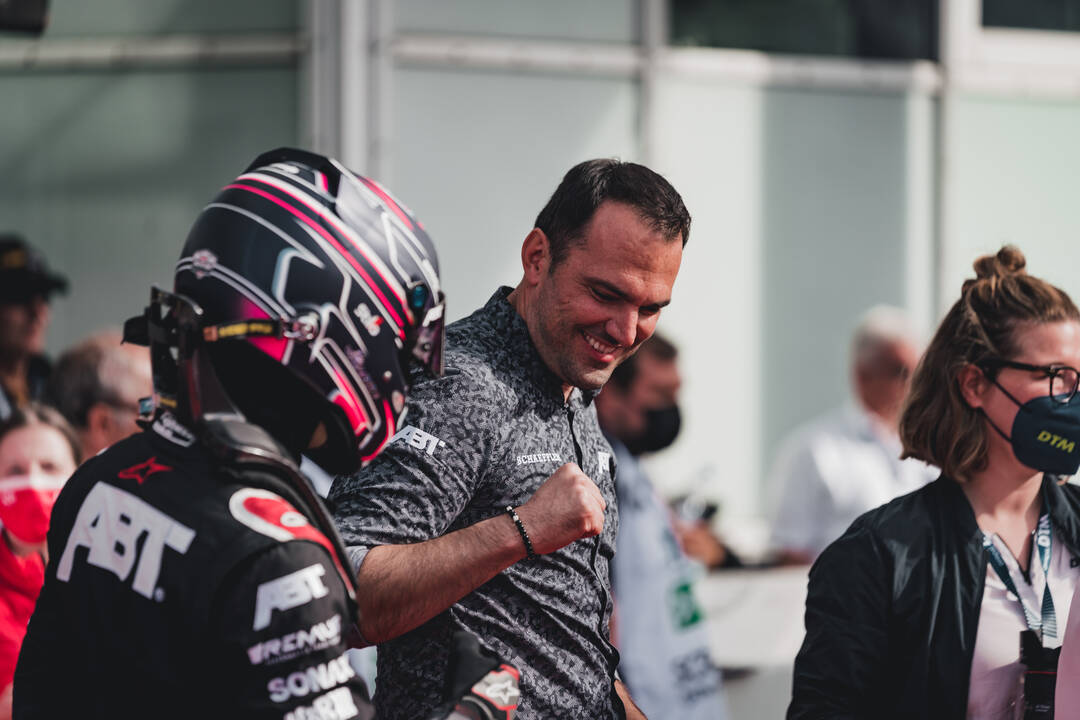 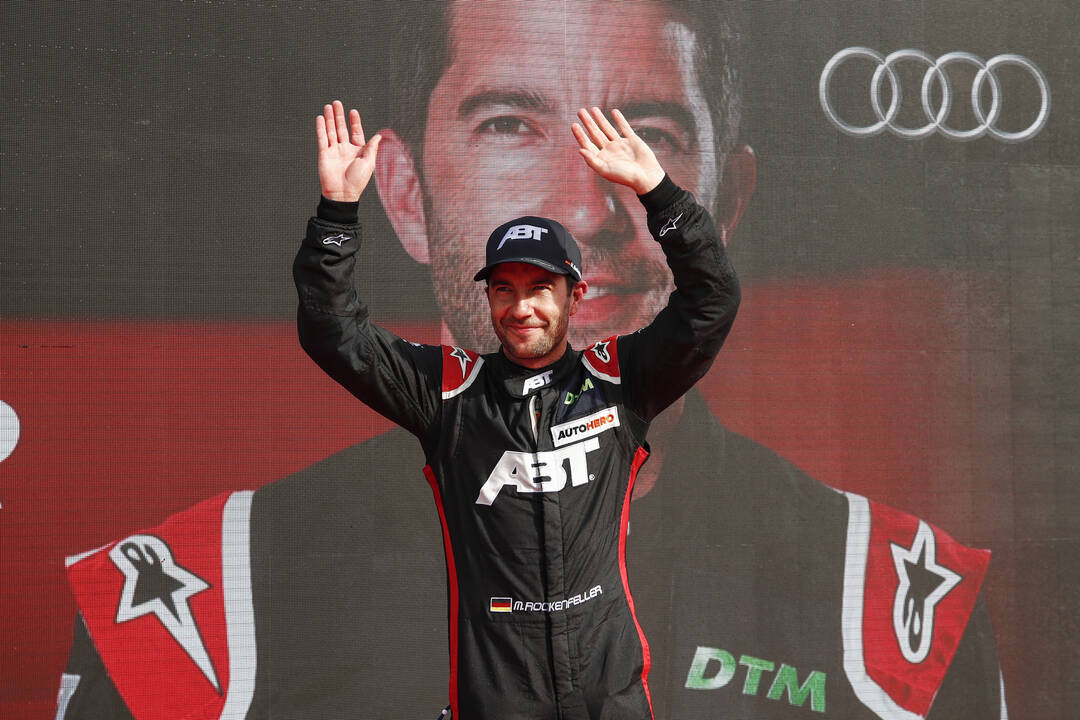 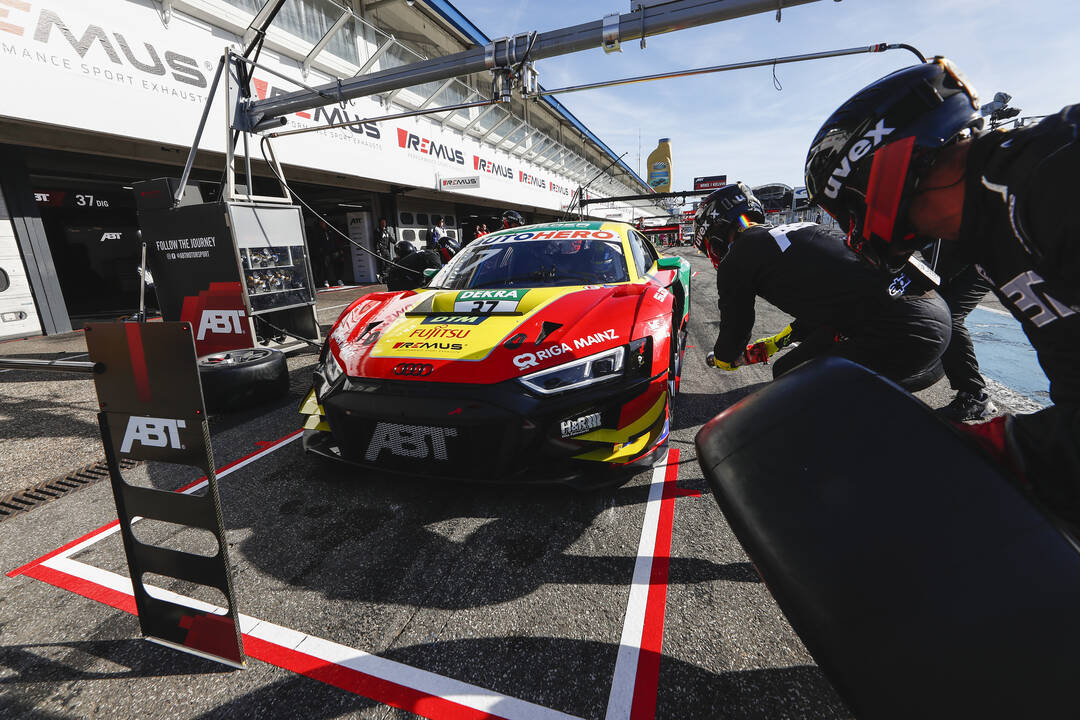 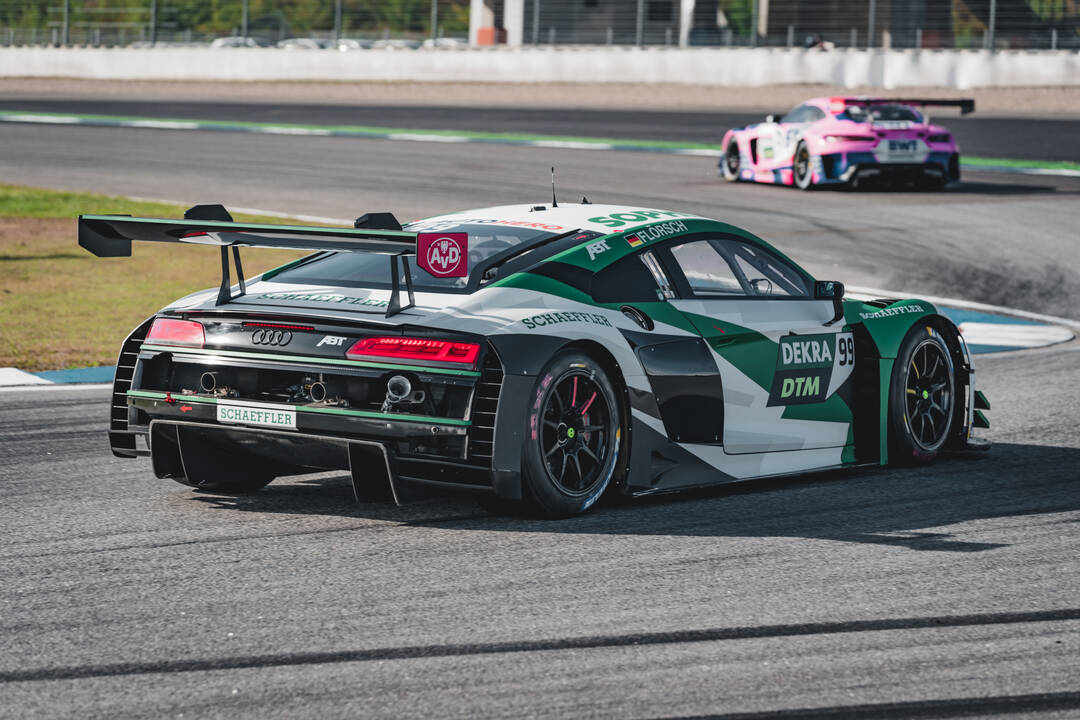 Advantage ABT? Thrilling DTM title fight at the Norisring

With a 14-point deficit, Kelvin van der Linde is second in the standings going into the eagerly awaited DTM finale at the Norisring (both races from 1 PM CEST on Saturday and Sunday, live on SAT.1 and on ran.de). Nevertheless, the South African, who lives near Kempten, perhaps has a decisive advantage in the title fight: of the four teams fighting for the prestigious drivers’ title, ABT Sportsline has the most experience at the Norisring.

With a 14-point deficit, Kelvin van der Linde is second in the standings going into the eagerly awaited DTM finale at the Norisring (both races from 1 PM CEST on Saturday and Sunday, live on SAT.1 and on ran.de). Nevertheless, the South African, who lives near Kempten, perhaps has a decisive advantage in the title fight: of the four teams fighting for the prestigious drivers’ title, ABT Sportsline has the most experience at the Norisring.

The 2.3-kilometre short city street circuit between Dutzendteich and Max Morlock Stadium only has four corners. Nevertheless, the track is considered as one of the most difficult on the DTM calendar. Traction is just as important as maximum braking performance, good top speed as well as optimum handling in the chicane. The bumps, which change every year, also play a decisive role. And no other DTM race track puts so much strain on the components over the race distance.

Technical Director Florian Modlinger and his crew know exactly what is important at the Norisring and which adjustments they have to make, even though the Audi R8 LMS is competing on the street circuit for the first time and has completely different requirements to the racing cars that ABT Sportsline has previously used in the DTM at the Norisring.

The team has contested 25 DTM races at the Norisring since 2000, scoring twelve podium finishes and winning the DTM’s most prestigious race three times so far – on track even four times.

The first Norisring victory in 2002 is particularly unforgettable: Throughout the race, Laurent Aiello, in the Abt-Audi TT-R developed by ABT Sportsline, fought a gripping duel with “Mister DTM” Bernd Schneider in the factory Mercedes. In the last corner, Aiello managed the decisive overtaking manoeuvre to the cheer of the fans.

It was to be 14 long years before an Audi won another home race at the Norisring. Once again, the winning team was ABT Sportsline, and twice: Edoardo Mortara won on Saturday in 2016, Nico Müller on Sunday.

In 2013, Mattias Ekström had crossed the finish line as the winner and had the many Audi fans in the stands cheering. However, the Swede was retrospectively taken out of the classification due to the famous “water bottle gate” and there was – for only the second time in the history of the DTM – a race without a winner.

For Kelvin van der Linde, this weekend is about a different dream: he wants to secure the drivers’ title at the first attempt in his first DTM season.

Quotes before the DTM finale at the Norisring

Thomas Biermaier (Team Principal Team ABT Sportsline): “The Norisring is our home race. We love coming to Nuremberg every year and were very disappointed when the race had to be cancelled last year due to Corona. It’s great that the Norisring is back on the calendar – and that even as a finale and with spectators. The atmosphere in Nuremberg is always unique. A lot of fans, friends and partners of ABT Sportsline will be there this weekend to keep their fingers crossed for us. We have been competing as a private team in the DTM for the first time since 2003 and the season’s balance is already positive. But, we still have our eyes on the really big goal, our first DTM drivers’ title since 2009. Everyone in the team is highly motivated to achieve it – even more so after last Sunday at Hockenheim.”

Kelvin van der Linde (ABT Audi R8 LMS #3): “It’s going to be a great finale, just like all the fans and drivers wanted. I expect a cool battle with Liam Lawson, who I see as our main rival at the Norisring. We have to try and score good points in both races, then everything is still possible. You saw at Hockenheim how quickly the points situation can swing and I expect a lot will happen. I know the Norisring from the 2013 Scirocco Cup, which was a while ago and I still have to get used to the GT3 car in free practice, but that shouldn’t be a problem. I’m confident for the finale.”

Mike Rockenfeller (ABT Audi R8 LMS #9): “For us as a team and for Kelvin, it is of course a very important race. We will do everything we can to be successful – also for Manuel, who will hopefully be a good step further with his recovery by then, even if he can’t be there. The track is very special and critical, especially if it rains with all the markings and lines. You have to wait and see what the conditions are. We used to race at the Norisring in the summer, now late in the year. I’m very curious to see what it will be like with the GT3 car. I expect it to be extremely tight there, as always. Personally, I want to do everything I can to help the team.”

Lucas di Grassi (ABT Audi R8 LMS #37): “After my first DTM weekend, where I learned a lot, I’m looking forward to the Norisring and the finale. I hope to have fun again and learn something every time I’m in the car. I have some experience on the track: I competed there in Formula 3 and twice in the TT Cup. But of course, it will be something completely different with the GT car.”

Sophia Flörsch (ABT Audi R8 LMS #99): “Unfortunately, at the Norisring this is already the finale. The DTM season has somehow gone by faster than I thought it would. It feels to me like the season opener was only a few weeks ago. The Norisring will be special. Even though I’m from Munich, it’s like a home race for me. There will be a lot of guests, hopefully a lot of fans as well. I’m looking forward to it. The track is not really difficult, but that’s why it’s always interesting there and tight in qualifying. I will try to finish the season well and enjoy the weekend.”

... Mike Rockenfeller’s ABT Audi R8 LMS will feature the 1. FC Nürnberg logo at the Norisring?

... team captain Enrico Valentini and Christopher Schindler want to visit Mike Rockenfeller and the ABT Sportsline team at the Norisring?

... numerous partners of ABT Sportsline will come to the Norisring to experience the exciting title decision live on site? Schaeffler, Remus, H&R, Sonax, Fujitsu, the Scherer Group, Südpack, HYLA and the Feser Group have announced their attendance.

... Hans-Jürgen Abt will be seated at the pit wall, as he was last weekend at Hockenheim, together with CEO Thomas Biermaier, technical director Florian Modlinger and team manager Christian Mamerow?

... Daniel Abt will be attening a DTM race for the first time this year?

... Oliver Hoffmann, Member of the Board of Management for Technical Development at AUDI AG, witnessed Kelvin van der Linde’s victory at Hockenheim in the ABT Sportsline pit garage last Saturday?

... Kelvin van der Linde’s parents came to Germany for the final races of the DTM and they spent the days between Hockenheim and the Norisring with their son in the Allgäu region?

... Kelvin van der Linde was already in Nuremberg on Tuesday for the MCN’s traditional press conference?

... Lucas di Grassi is offsetting the CO2 emissions of the entire DTM grid via his partner Moss, as he did at Hockenheim?

Media talk with Sophia, Lucas, Kelvin and Mike via Zoom 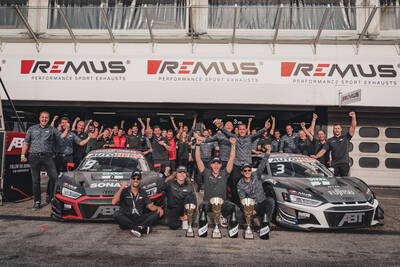 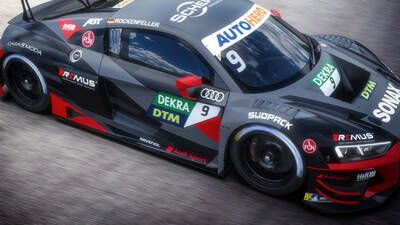 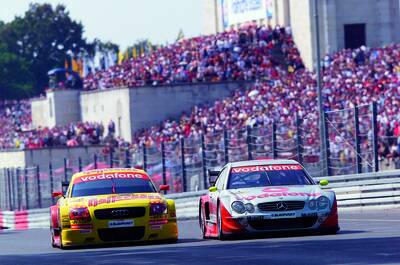 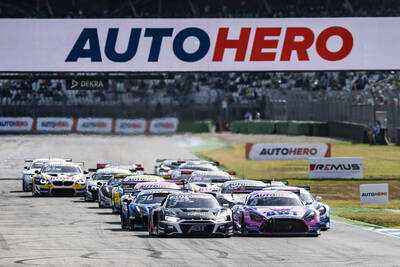 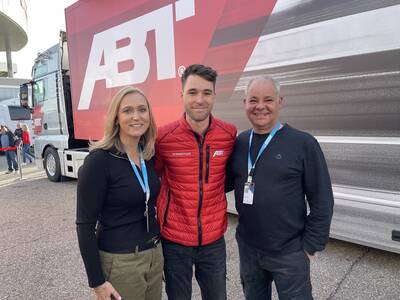 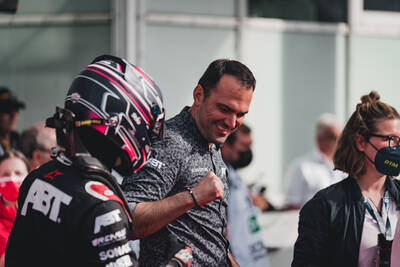 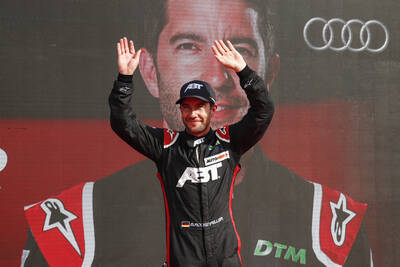 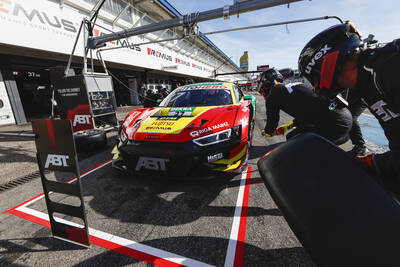 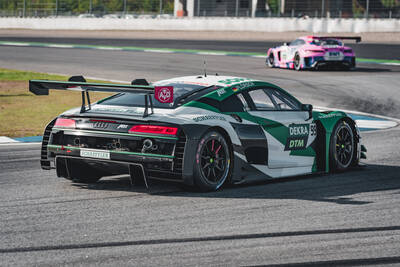