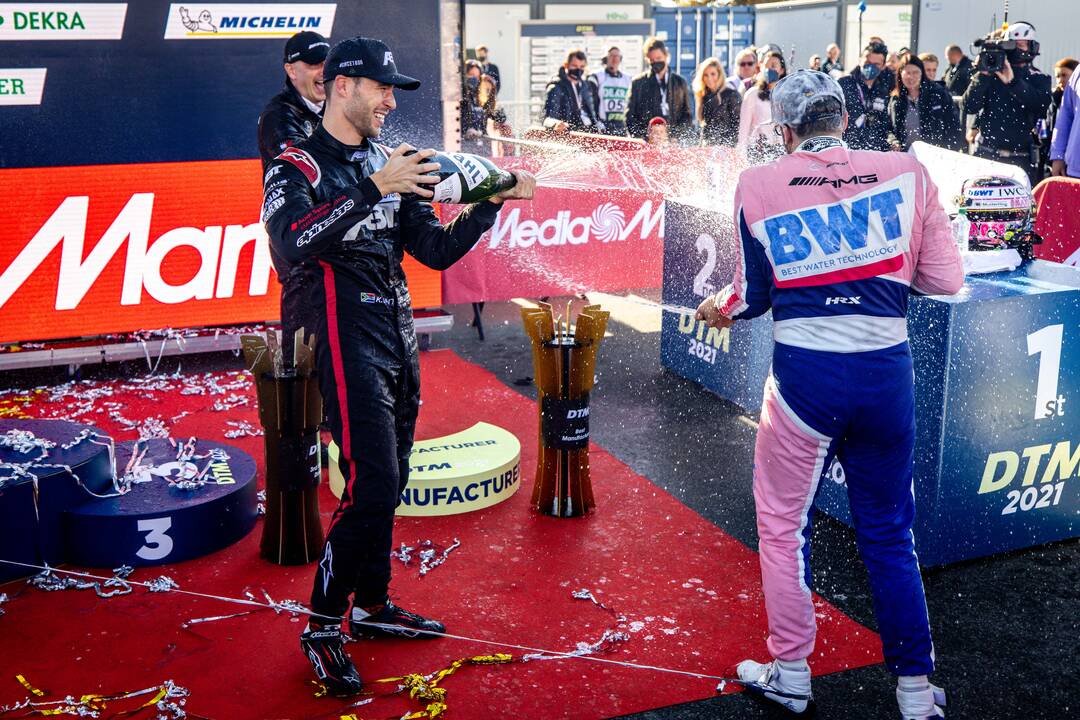 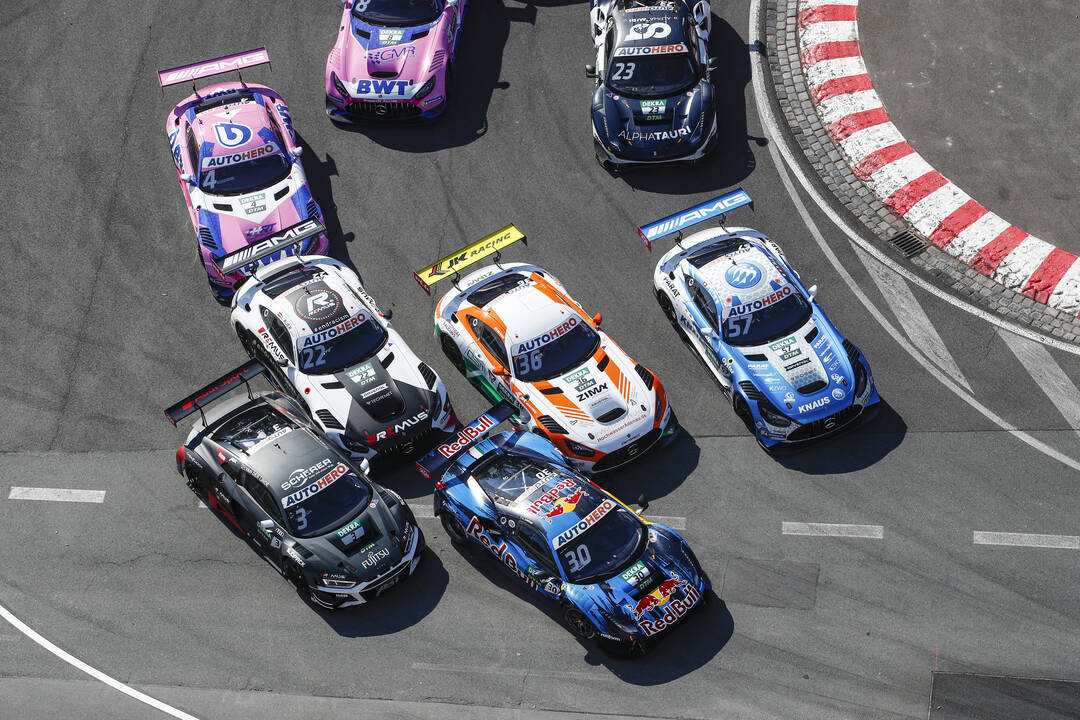 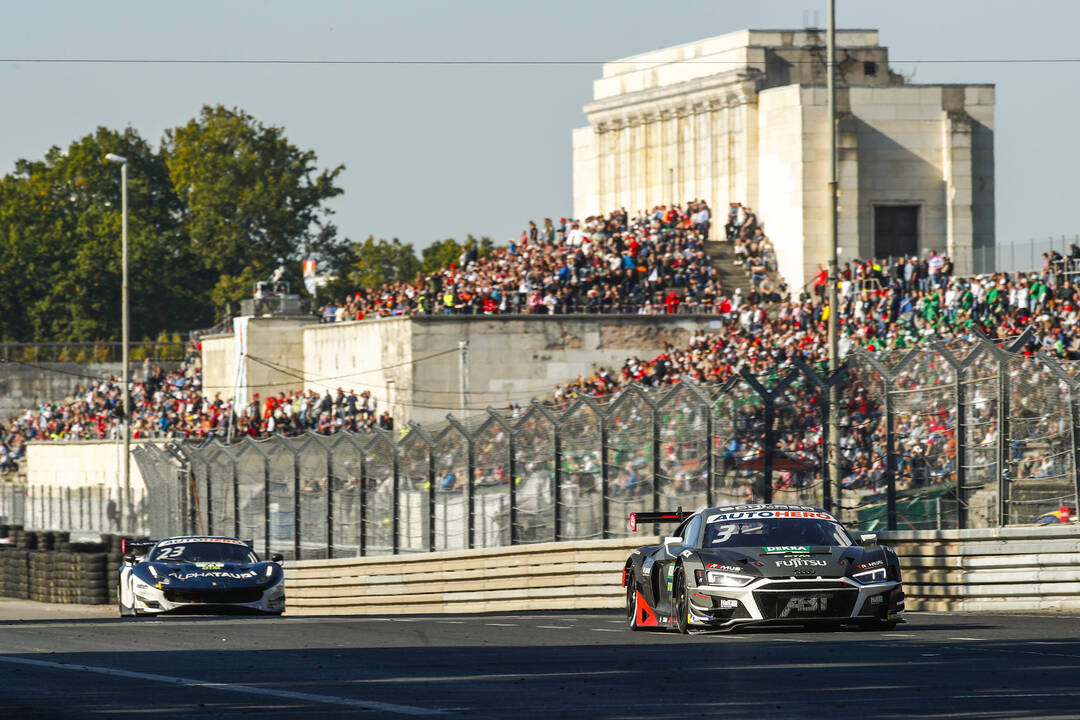 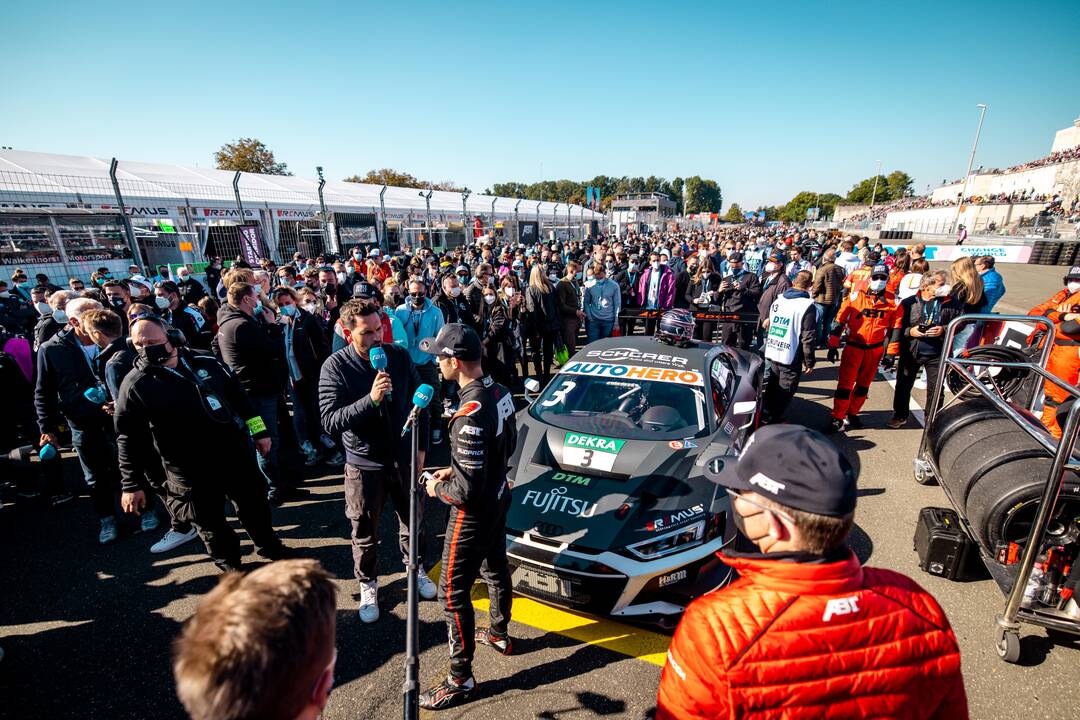 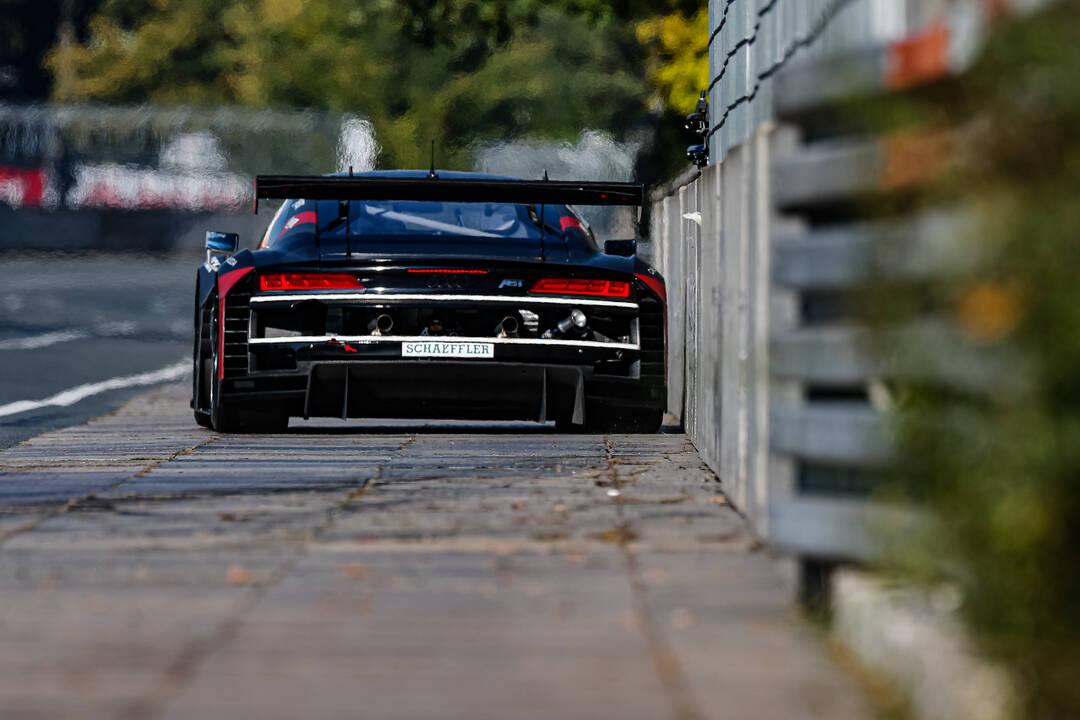 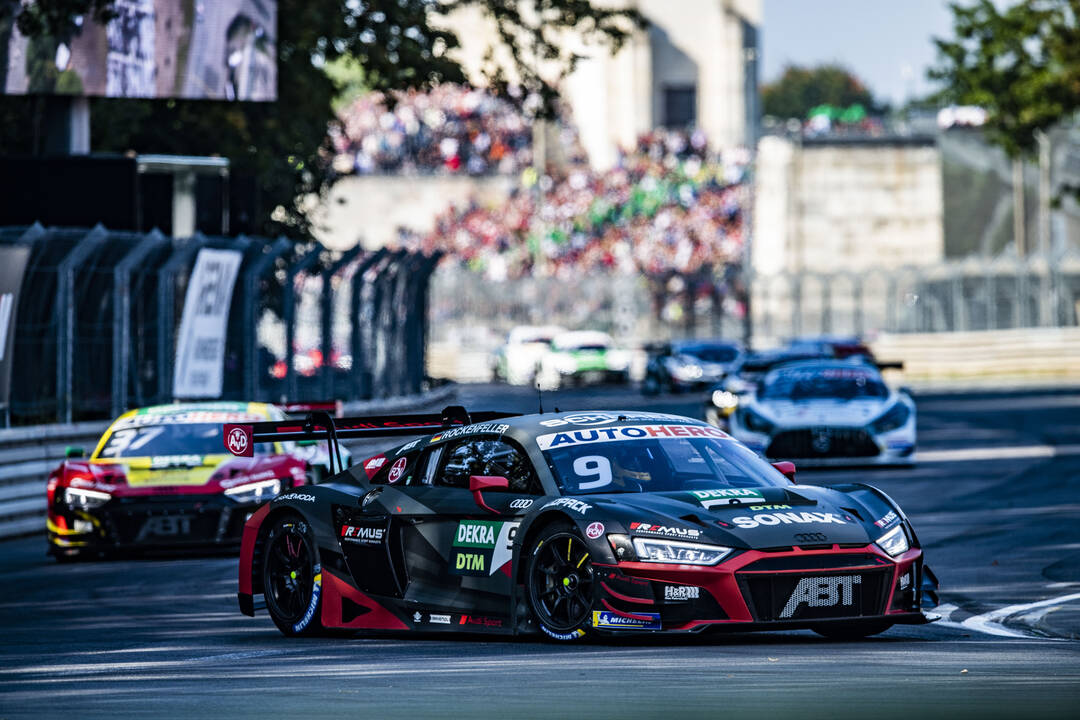 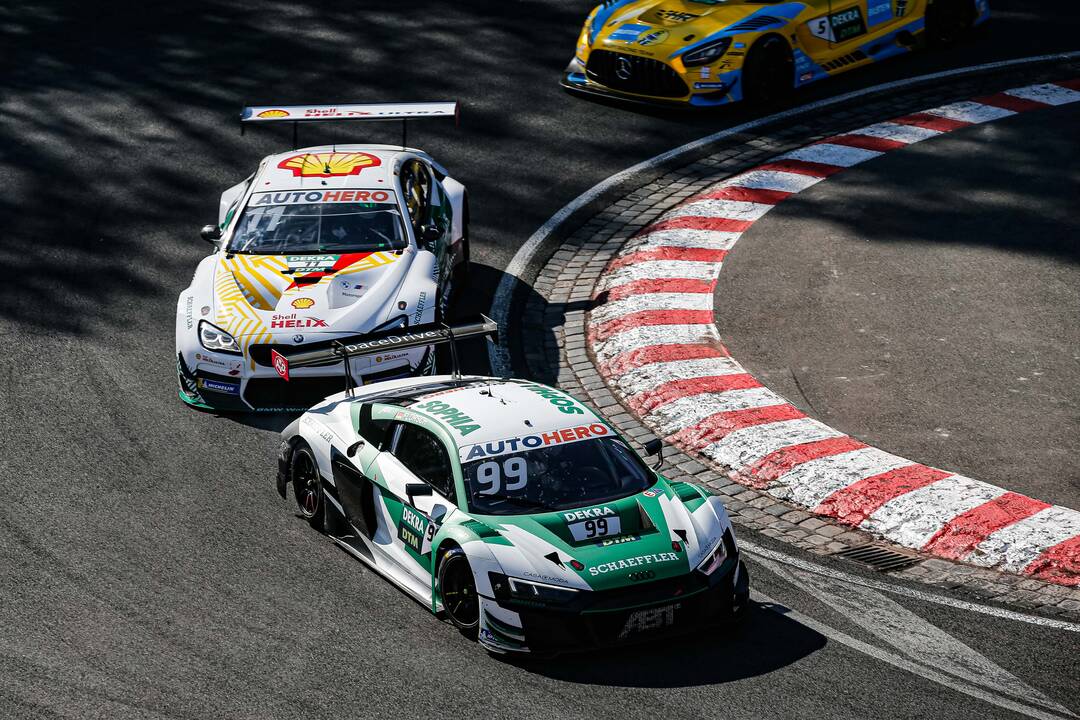 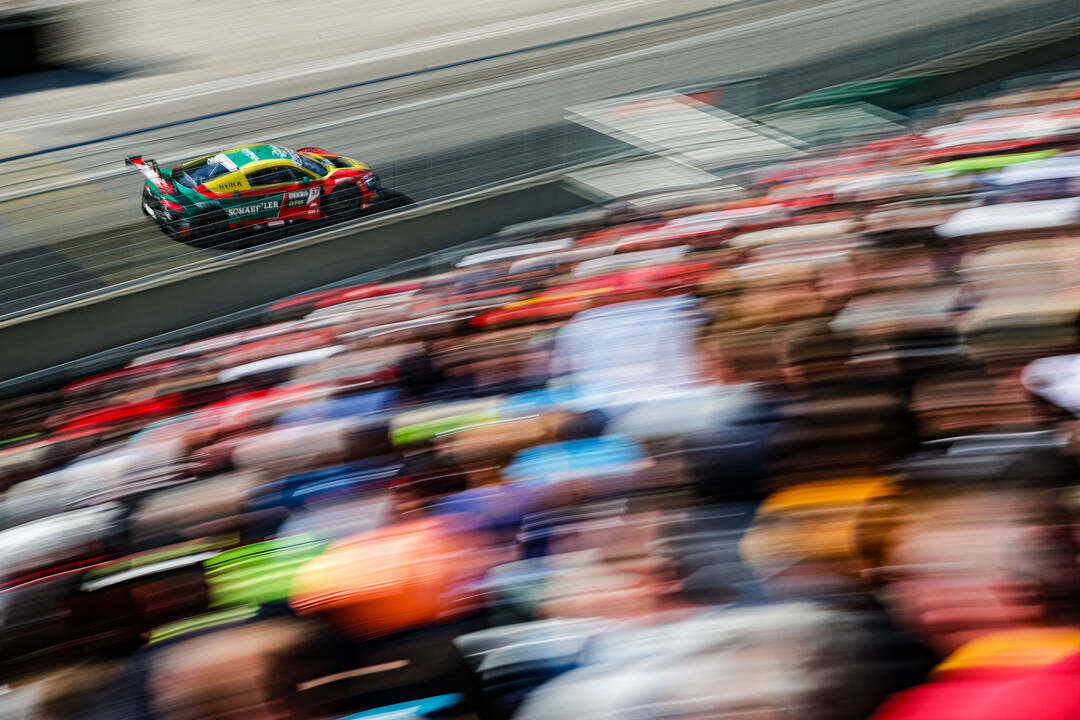 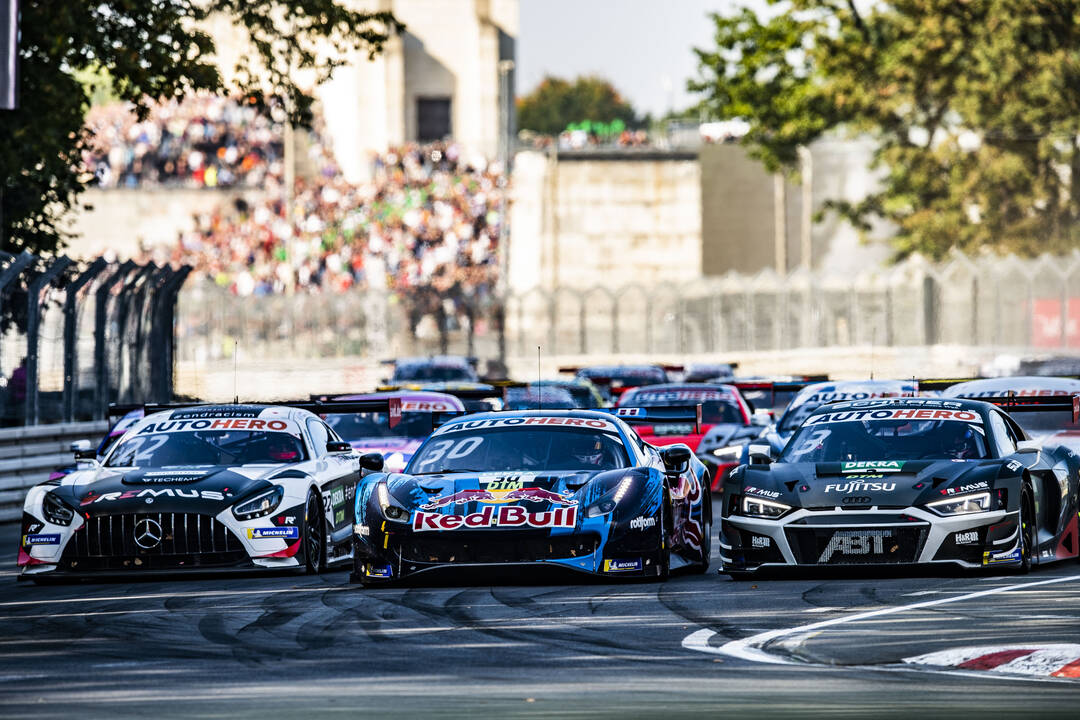 Fight to the end: Kelvin van der Linde third in the 2021 DTM

It was preceded by two intense days of racing on the DTM’s only city street circuit. Free practice on Friday already indicated that the two Ferraris of the Red Bull AlphaTauri AF Corse team would also have a clear advantage at the Norisring. The only one who could threaten championship leader Liam Lawson in qualifying was Kelvin van der Linde, who secured second place on the grid for both races. In the first qualifying session, however, he was almost two tenths of a second off the pace – a small world on the Norisring, which is only 2.3 kilometres short.

Accordingly, Kelvin van der Linde had to take a lot of risks in both races. The South African put all his eggs in one basket and attacked Liam Lawson in the first corner – both times with consequences.

On Saturday, the ABT driver braked a little too late, was carried far to the outside in turn one and dropped back to seventh place. Also thanks to a clever strategy, the South African was able to move up to fourth and finish one place behind Liam Lawson. The title decision was thus postponed until Sunday.

In the second qualifying session, only 41 thousandths of a second were missing for pole position. Again, van der Linde tried to attack the championship leader on the better inside line. Because he pushed Liam Lawson wide in turn one, he had to serve a 5-second time penalty during the pit stop.

Despite the time penalty, van der Linde returned to the track after his pit stop ahead of the eventual winner and champion Maxi Götz in the Mercedes. This would have put him ahead of Götz in the championship. Attempting to resist of being passed on cold tyres, the two title contenders touched at the exit of the Dutzendteich corner, which deflated the left rear tyre on the ABT Audi R8 LMS and finally shattered the title dreams.

Team-mate Mike Rockenfeller also suffered a puncture shortly after the start on Saturday and retired from the race. On Sunday, in his last DTM race for Audi, “Rocky” just missed the podium in fourth place. The entire team wore caps with the words “Thank you Rocky” on the starting grid.

Lucas di Grassi showed how quickly he learns in his second outing in the DTM. The Brazilian managed to match the pace of his teammates and could have scored top ten results in both races. On Saturday, his crew delayed the compulsory pit stop too long, which is why di Grassi was retroactively demoted to 15th place. On Sunday, the Formula E star spun after a contact with Mike Rockenfeller in the frantic start phase. Although he did not find reverse gear straight away, di Grassi still finished twelfth.

Quotes after the DTM finale at the Norisring

Thomas Biermaier (Team Principal Team ABT Sportsline): “Of course, after this final, everyone in the team is very disappointed that Kelvin didn’t become champion. But we didn’t lose the title at the Norisring, we actually lost it before. With the Balance of Performance, the pit stop issue and some referee decisions, we were not always on the happy side. All this meant that we had to take a very high risk – in the pits as well as on the track. It was a great team performance that we were still able to fight for the championship until the last race. Kelvin was in a class of his own driving the Audi R8 LMS this year and the team never gave up. Despite the disappointment, we’re celebrating tonight. I’m proud of the whole squad for doing so well in their first year with the GT3 cars. Congratulations to Maxi Götz and Mercedes for the drivers’ title. And of course to Red Bull AlphaTauri AF Corse for winning the teams’ championship. They are an asset to the DTM and have shown a strong first DTM season.”

Kelvin van der Linde (ABT Audi R8 LMS #3): “Congratulations to Maxi Götz on the DTM title. It was a thrilling title fight and he is a deserving champion. Our contact shortly before the end of the race, which led to the puncture, was tough racing and bad luck for me. I think the fans at the Norisring experienced a lot: it was a crazy finale. I had to risk everything in turn one in both races because otherwise we wouldn’t have had a chance. I can understand that Liam is disappointed. But I was surprised on both days that he put up such a fight. He had a big points lead and the fastest car. In the end, neither of us won and Maxi was the laughing third. Many things happened this season that meant we didn’t achieve our very big goal. Nevertheless, everyone in the team can be proud. My guys have given me a great car every time. Many thanks for that! We fought until the end. And next year we will attack again.”

Mike Rockenfeller (ABT Audi R8 LMS #9): “I would have liked more podiums, more points and also a win. I was at least able to make friends with the car over the year. I had a mega team with ABT, everyone can be proud: Everyone stuck together and fought until the end. I would have liked to have finished on the podium in my last race with Audi. I just missed that. But there were some nice gifts and surprises from the team. That shows what makes the people in the Allgäu and the whole team tick. I was very pleased and touched by that.”

Lucas di Grassi (ABT Audi R8 LMS #37): “The two weekends with ABT in the DTM were a great experience. In the first race at Hockenheim, I didn’t know what I was doing yet. In the last race at the Norisring, I was able to keep up with the fastest Audi drivers. I’m very pleased with the way we improved. Unfortunately, there were no countable results. But we showed that I can also be fast in the DTM. I feel very sorry for Kelvin: he would have deserved the championship title, he is a great driver. Congratulations to Maxi Götz on the DTM title.”

Sophia Flörsch (ABT Audi R8 LMS #99): “The Norisring was a positive weekend. Starting 13th was a good starting position for the last race. In the end, we finished ninth overall. I was extremely pleased to have scored points again in the season finale. I feel sorry for Kelvin. It was a tough head-to-head race and the team did a mega job. His time will come. I myself have taken a lot from the DTM this year. I had many bad days, but also good days. Let’s see what happens next. I really enjoyed the last weekend. The Norisring is a great track.” 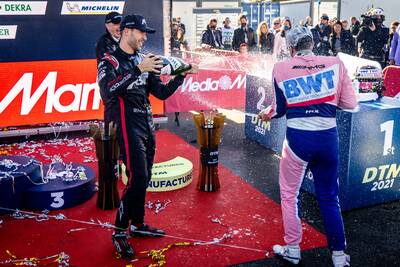 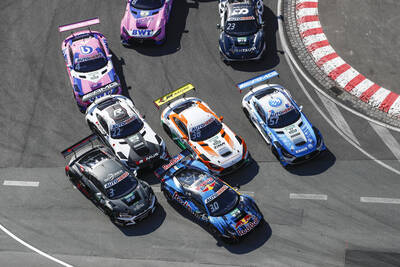 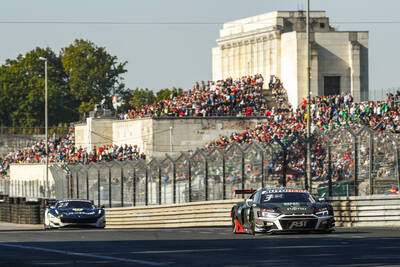 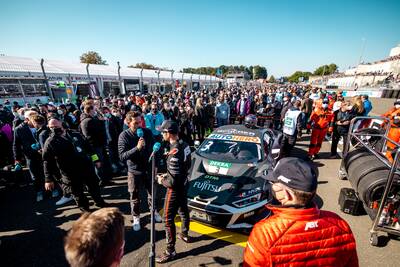 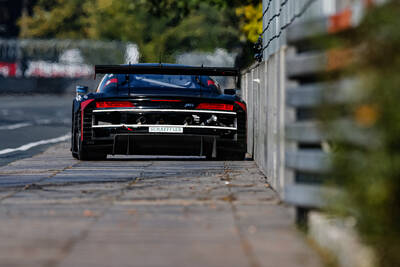 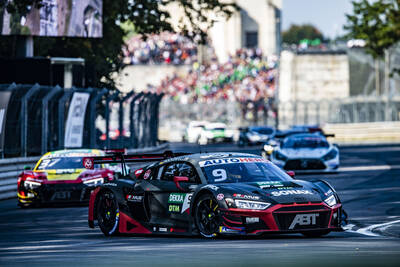 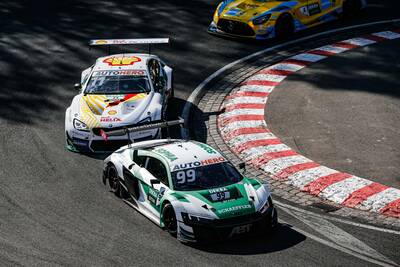 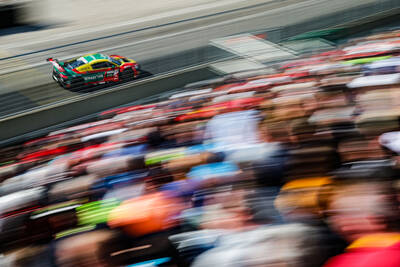 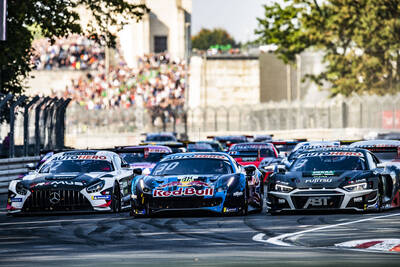