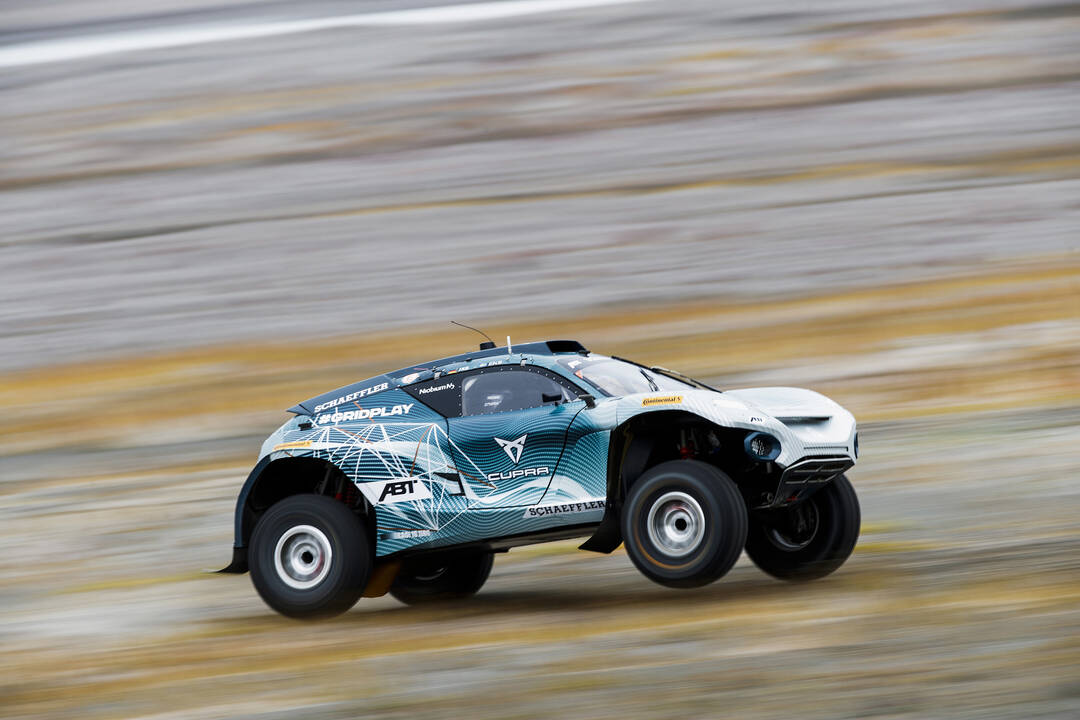 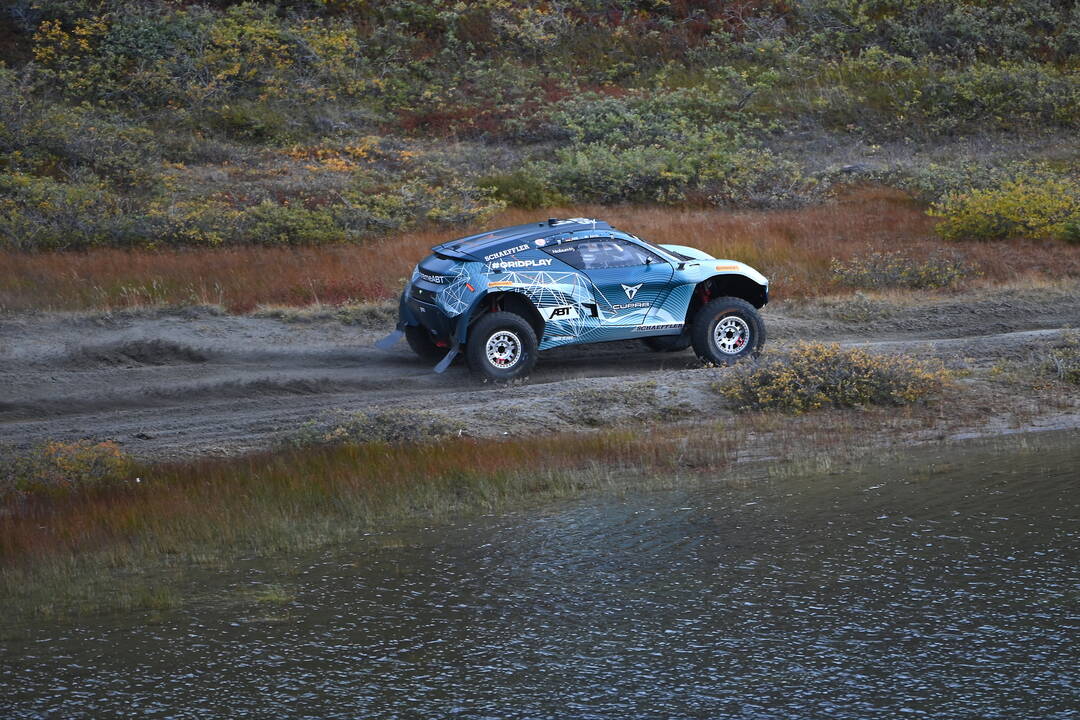 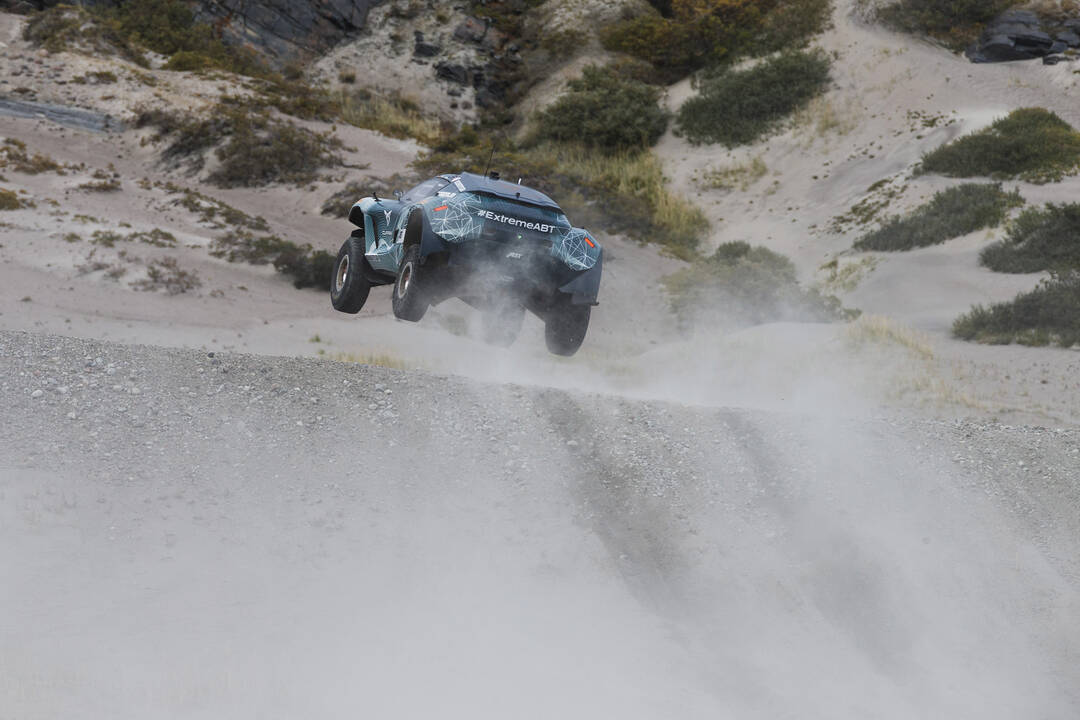 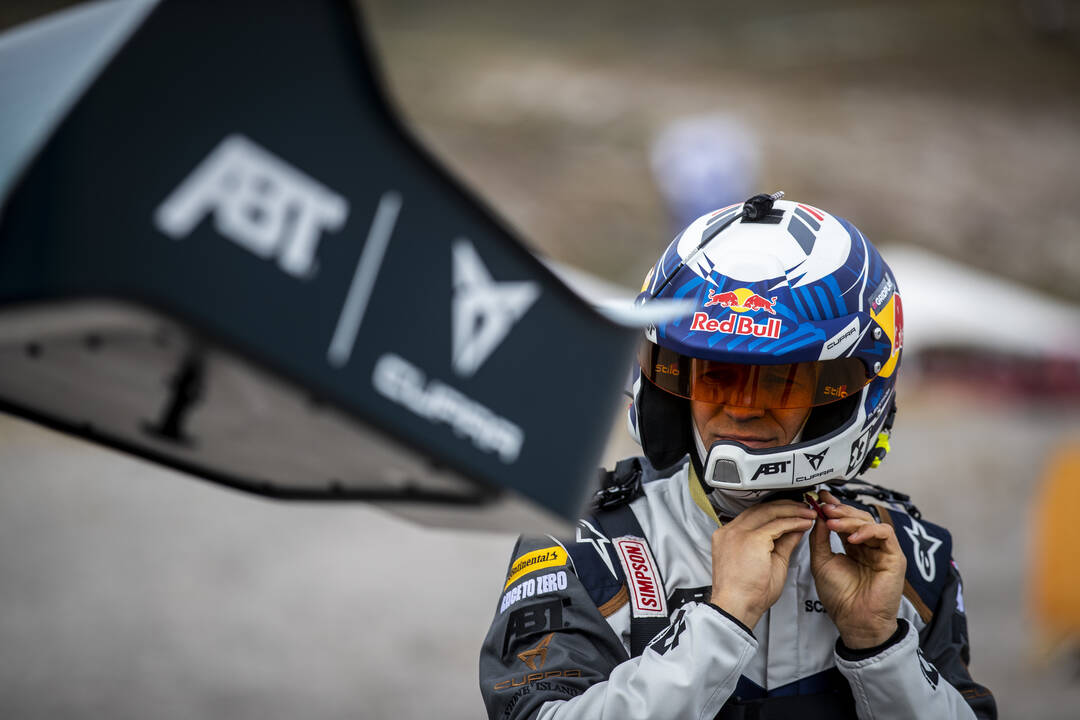 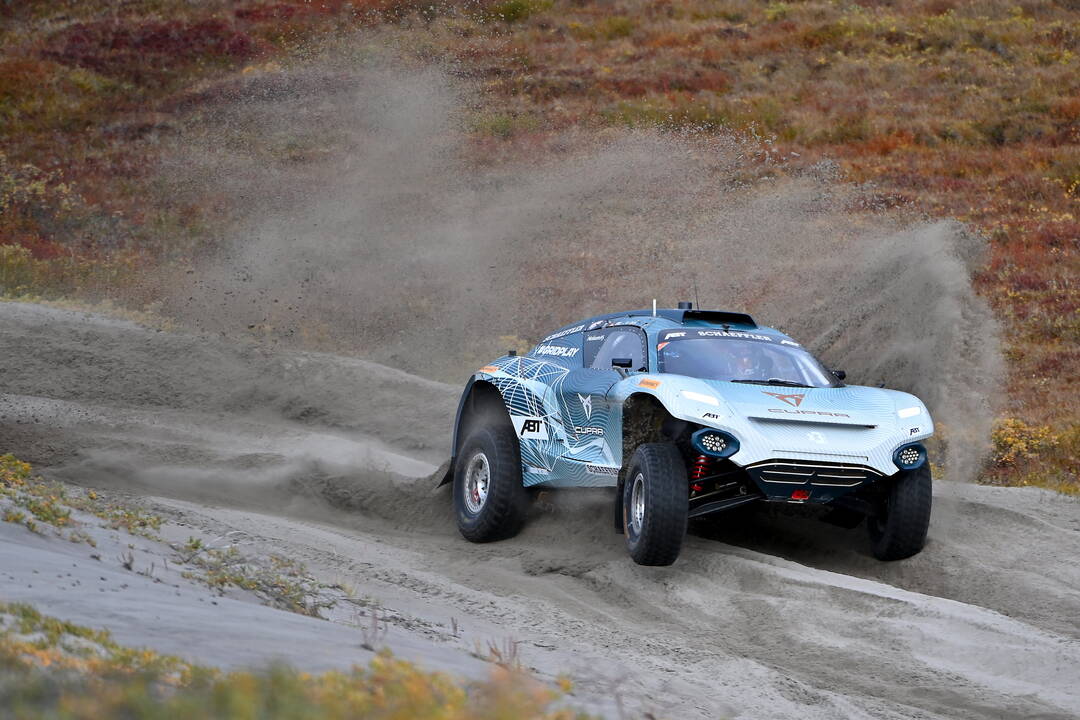 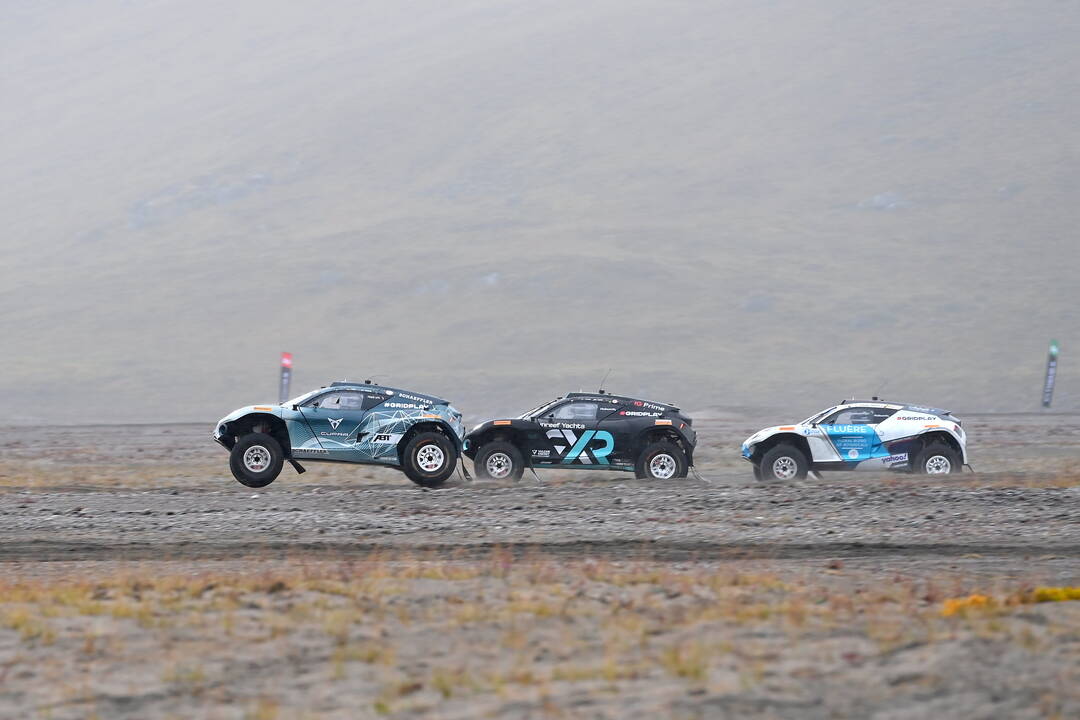 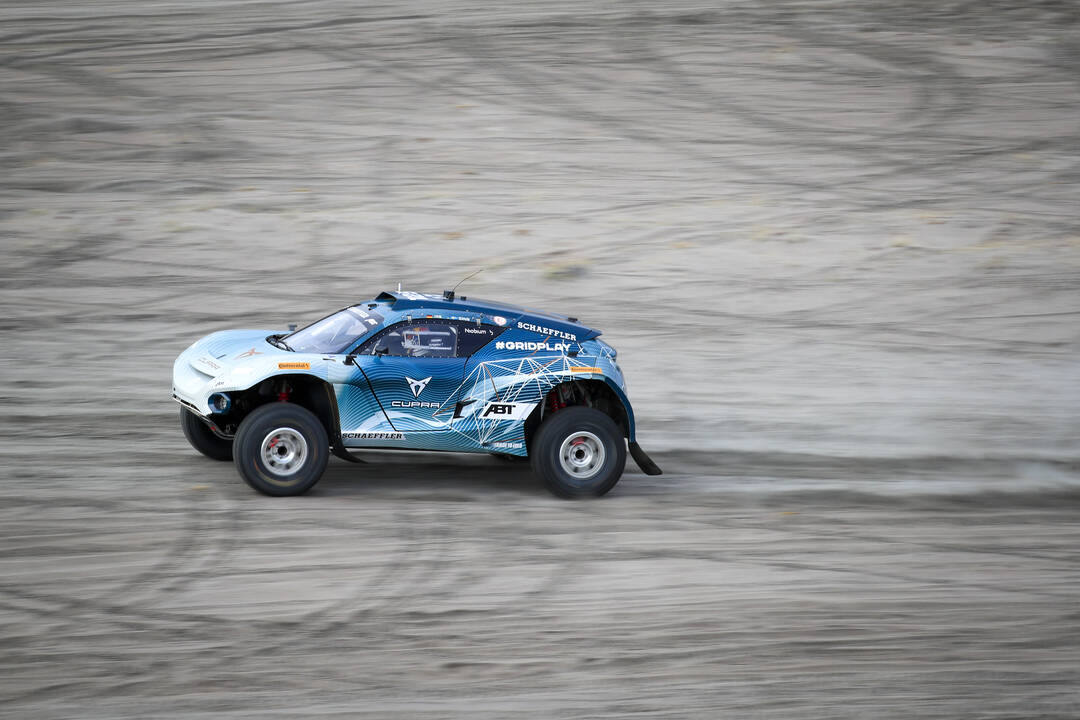 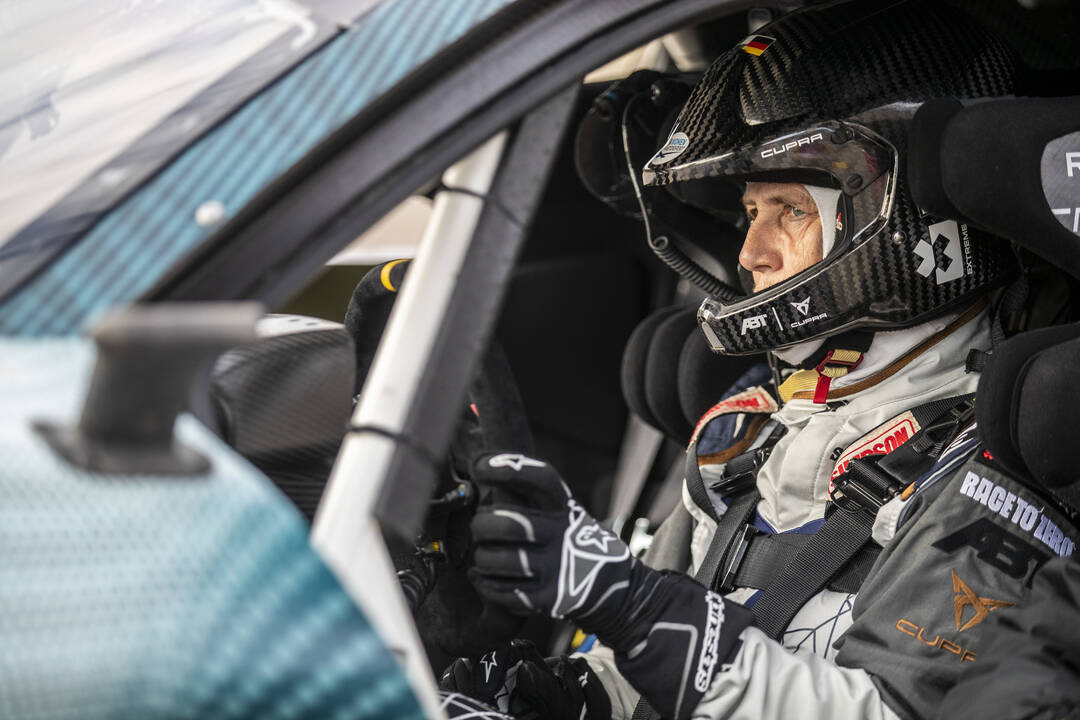 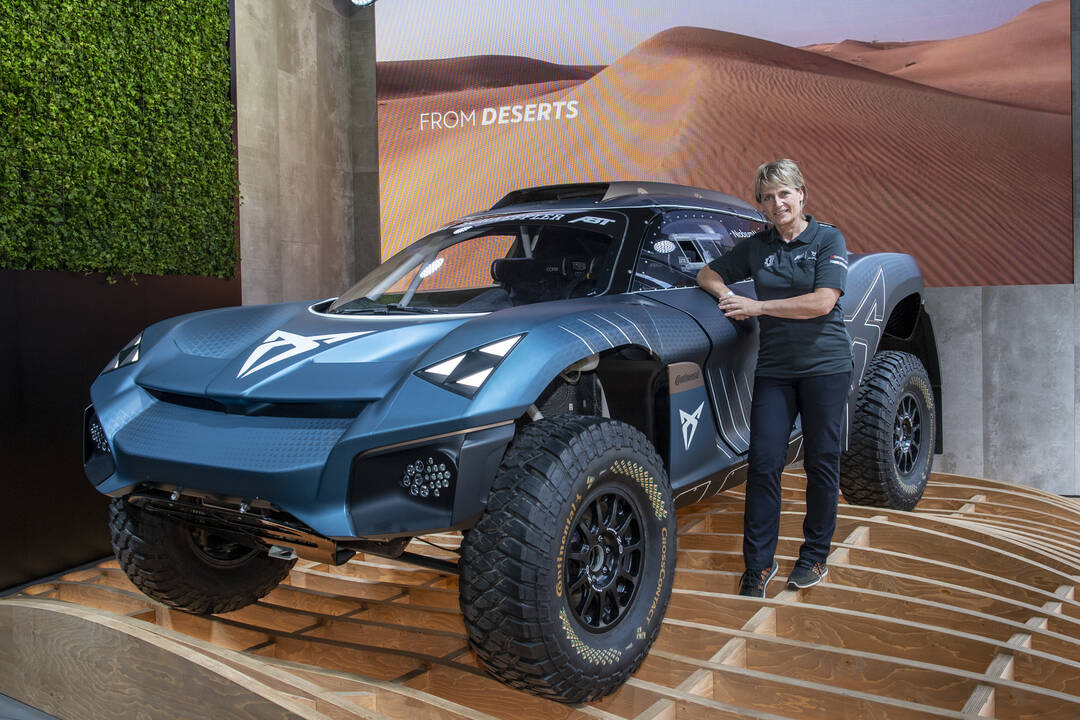 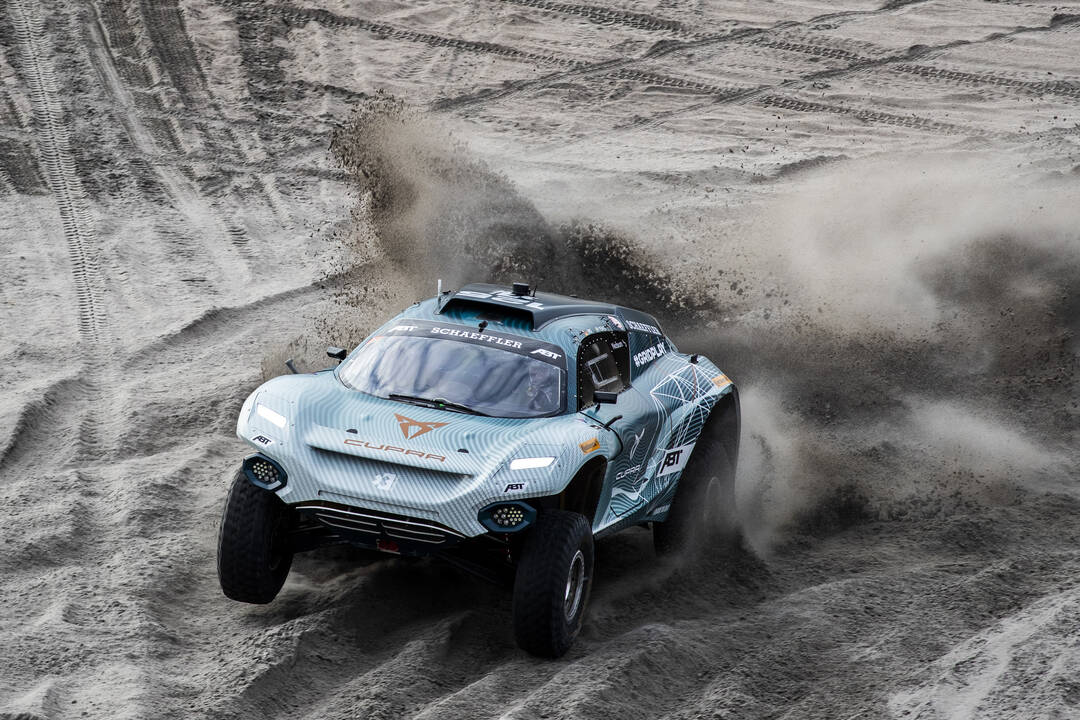 Extreme E is coming to Europe: After events in Saudi Arabia, Senegal and Greenland, the off-road series for fully electric SUVs will take place in Sardinia (Italy) next weekend (23 and 24 October). With the Island X Prix, the teams, drivers and organisation also want to draw attention to the growing threat to the island from heat waves and forest fires. In sporting terms, the ABT CUPRA XE squad, with its drivers Jutta Kleinschmidt and Mattias Ekström, will be competing for the first trophy in their debut season.

Extreme E is coming to Europe: After events in Saudi Arabia, Senegal and Greenland, the off-road series for fully electric SUVs will take place in Sardinia (Italy) next weekend (23 and 24 October). With the Island X Prix, the teams, drivers and organisation also want to draw attention to the growing threat to the island from heat waves and forest fires. In sporting terms, the ABT CUPRA XE squad, with its drivers Jutta Kleinschmidt and Mattias Ekström, will be competing for the first trophy in their debut season.

The venue for the race is the Capo Teulada military training area in the Sulcis-Iglesiente region, a historic area in the south-west of Sardinia. The approximately seven-kilometre-long course leads over hard ground with many rocks and bushes, as well as dried-up riverbeds. In the autumn months, the terrain softens, creating many natural obstacles for the drivers. This also results in different ideal lines and thus overtaking opportunities. Drivers and teams will get to know the track for the first time during the track walk on Thursday afternoon.

After the shakedown and a free practice session on Friday, Saturday is dedicated to the qualifying races, before the semi-finals and the final will decide the winner on Sunday. The Island X Prix is the penultimate race of the season. The final will be held on the weekend before Christmas (18 and 19 December) as the Jurassic X Prix in Dorset (Great Britain).

Jutta Kleinschmidt: “Time for a reward”

“Being part of this team is not only a lot of fun, but also a great privilege,” says Jutta Kleinschmidt, who completed her first full weekend with ABT CUPRA XE in Greenland. Kleinschmidt was then a guest at the IAA Mobility show in Munich and presented the Tavascan Extreme E Concept together with CUPRA – a glimpse into the possible future of the series. “The car simply looks incredible. What’s more, it now not only drives fully electrically, but is also really sustainable, because recycled and natural materials such as flax fibres are used.” In sporting terms, the German has meanwhile acclimatised perfectly to the team. “We are improving every little detail on the car, on the strategy and on the processes of a race weekend. Now it’s time for a reward.”

Mattias Ekström can’t complain about boredom right now: In addition to preparing for his Dakar programme as an Audi driver, the Swede contested the Morocco Rally and also celebrated the title in the electric ETCR championship with CUPRA last weekend. “Even though the series and cars are different, it’s still also perfect preparation for Extreme E for me, because it keeps me in a non-stop competition mode and maintains a high level of adrenalin,” says Mattias Ekström. “We are definitely ready for champagne and a nice trophy. Our car is fast, Jutta and I are having fun together and the team couldn’t be more committed. Now we just have to get everything together. There are still two races and two wins on the table.”

Extreme E live all around the world

Extreme E has succeeded in attracting renowned television partners around the world. A complete list of all the channels is available here: www.extreme-e.com

Racing for a Reason: The challenges in Sardinia

Extreme E is not only about motorsport, but also about racing against climate change. Each event is used by the series and the teams to draw attention to special challenges in the region. At the Sardinia event, the main focus is on two issues: firstly, the growing threat of forest fires. Extreme E is working with local organisations to help restore forests in the Oristano region that have fallen victim to recent fires. Secondly, Extreme E is drawing attention to seagrass beds – an ecosystem known as the rainforest of the oceans that sequesters even more carbon dioxide than its terrestrial counterpart and is equally under threat.

The best starting position in the final can be a deciding factor – and that is in the hands of the fans. From October 20 until 60 minutes after the start of the “Crazy Race” on Sunday, fans can vote twice a day via the Extreme E website or on Twitter using the hashtags “#GridPlay #JuttaKleinschmidt” or “#GridPlay #MattiasEkström”. The votes are added up, and the team with the most fans gets to choose its position. Additional strategic element: Even the teams that do not reach the final play an important role by passing on their votes to a team of their choice. 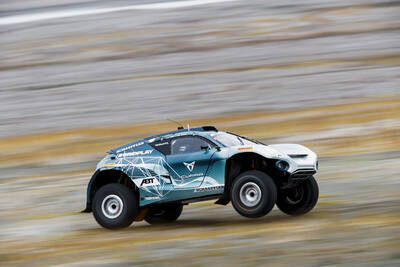 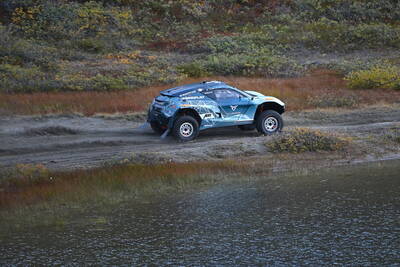 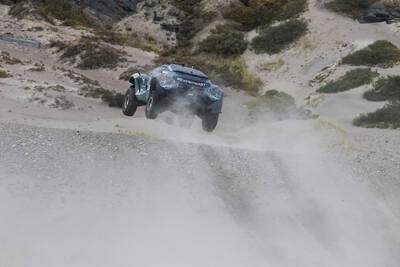 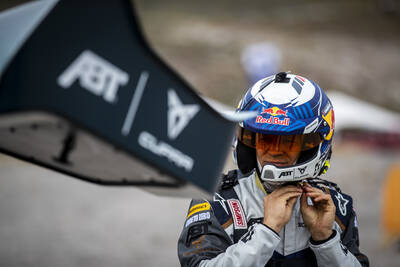 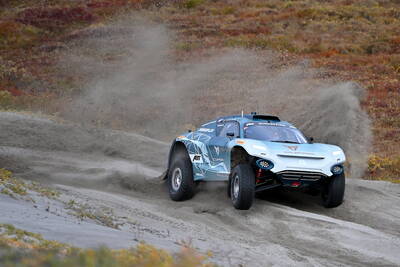 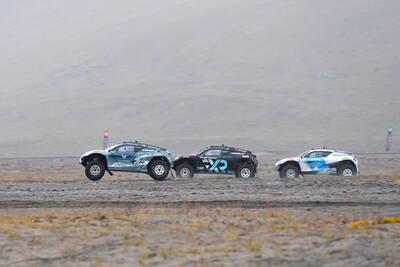 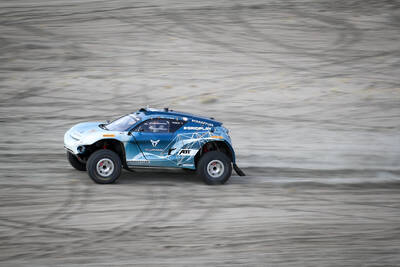 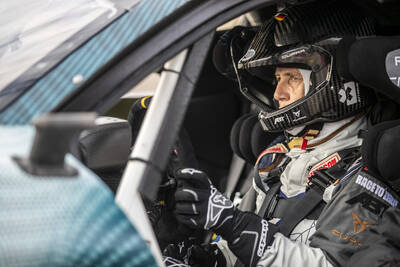 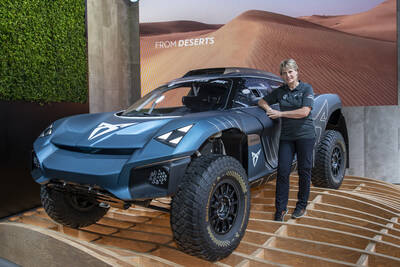 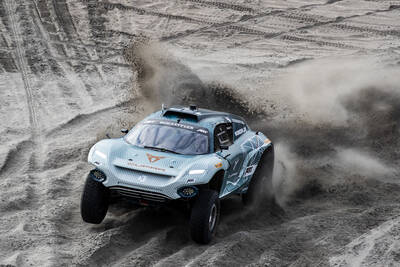