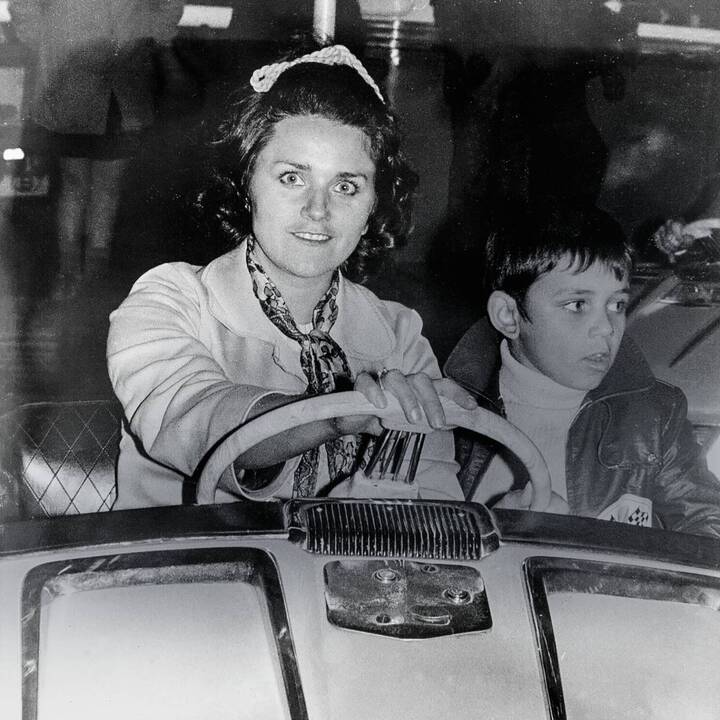 On December 11th 2017, Thea Abt passed away at the age of 76. The mother of Hans-Jürgen and Christian Abt had a huge impact on the company's history.

Back in autumn 2010, there was an unusual photo shooting taking place in Kempten: all members of the ABT family were supposed to select their favorite vehicle for the chronicle concerning the company’s 115th anniversary. Thea Abt chose a grey DKW Junior. When asked why she chose this car, Thea said "because I met my husband Johann at the DKW-factory in Ingolstadt". This was not only the beginning of a big lovestory for the former board secretary, but also the start of a new era for the ABT company which was supposed to last several decades.

Thea ABT always had an eye on the company’s finances

In 1960, Thea Abt moved from Ingolstadt to Kempten, got married to Johann Abt in 1962 and started working for the family’s business. For more than 30 years, Thea Abt accompanied Auto Abt as the commercial director. Of course her husband Johann was in the center of attention because of his motorsport career – but behind the scenes it was Thea who was pulling the strings and pushed the growing business. Within that, she was not only in charge of finances and accounting but also working as a new car consultant. She gave birth to her two children in 1962 and 1967. But besides both of these brakes, she was nonstop working for the Allgäu based company. Until last and regardless of other people’s functions, Thea was the senior partner of ABT Sportsline.

In 1991 Hans-Jürgen Abt, the sole CEO by now, and his brother Christian took the plunge into self-employment by founding the ABT Sportsline GmbH at present site. Thea Abt always assisted her sons, gave advise and paved the way into the company’s future. Interacting with the next, meanwhile fourth, generation of the Abt family fully succeeded.

Believing in the next generation

In an interview on the occasion of the 115th anniversary, Thea said “when I get to the company site today, I often catch myself looking up the façade thinking ‘Johann, you’ve started something great and our sons manage to successfully follow your lead’”.

Thea Abt sadly passed away on December 11th 2017 after a suffering from a long and severe disease.