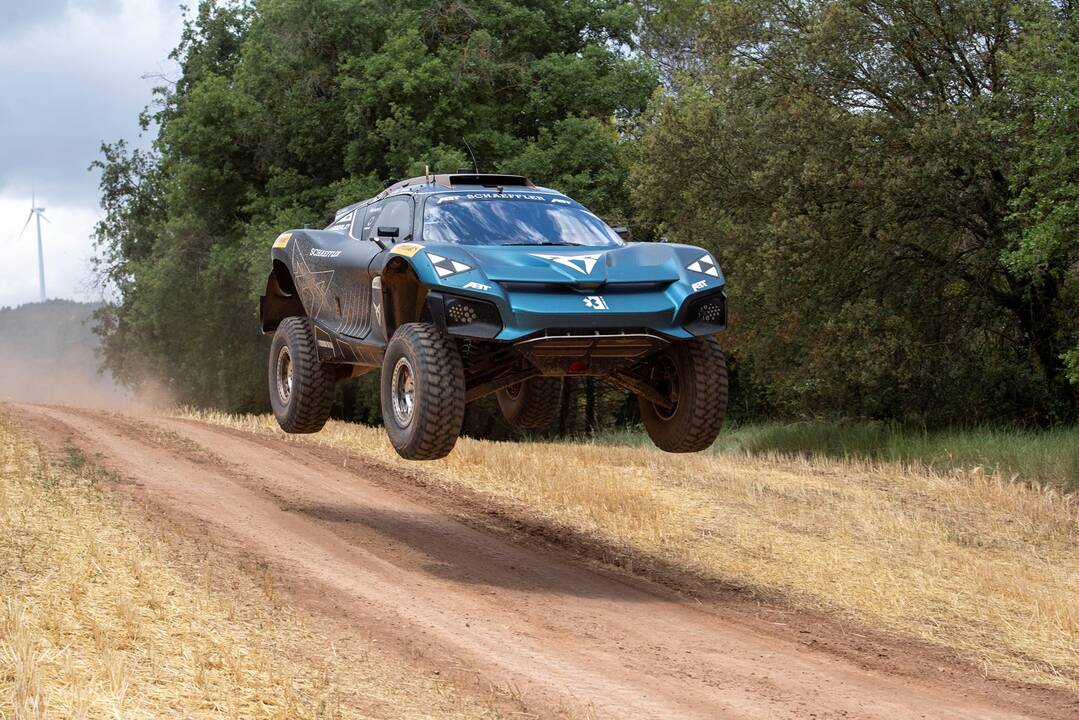 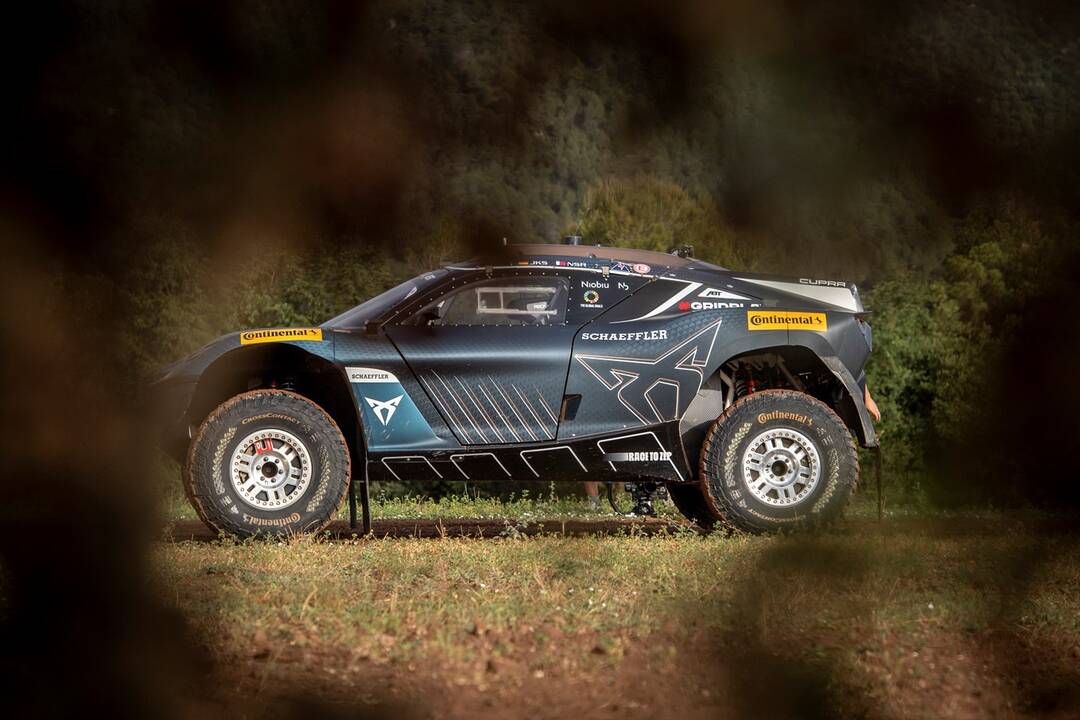 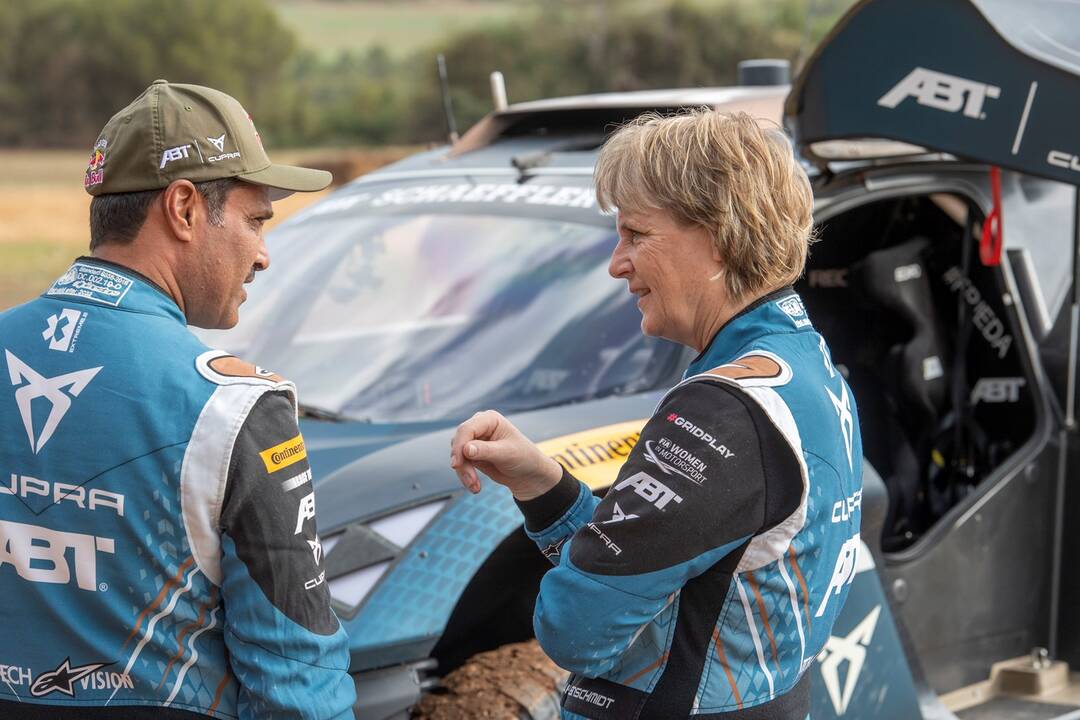 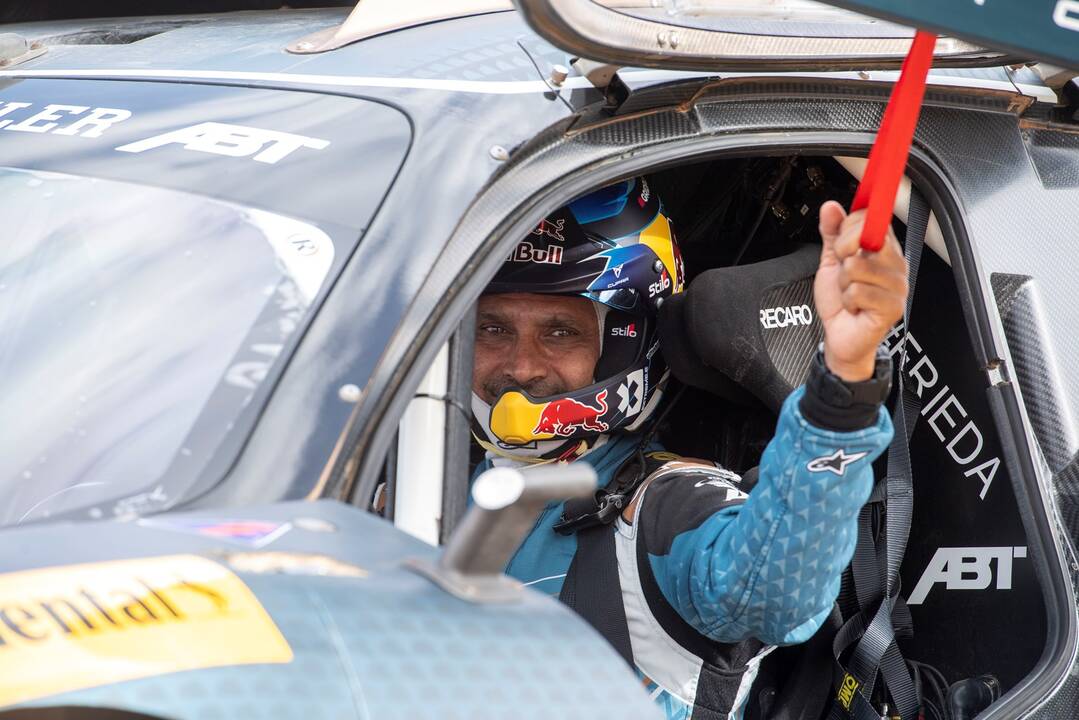 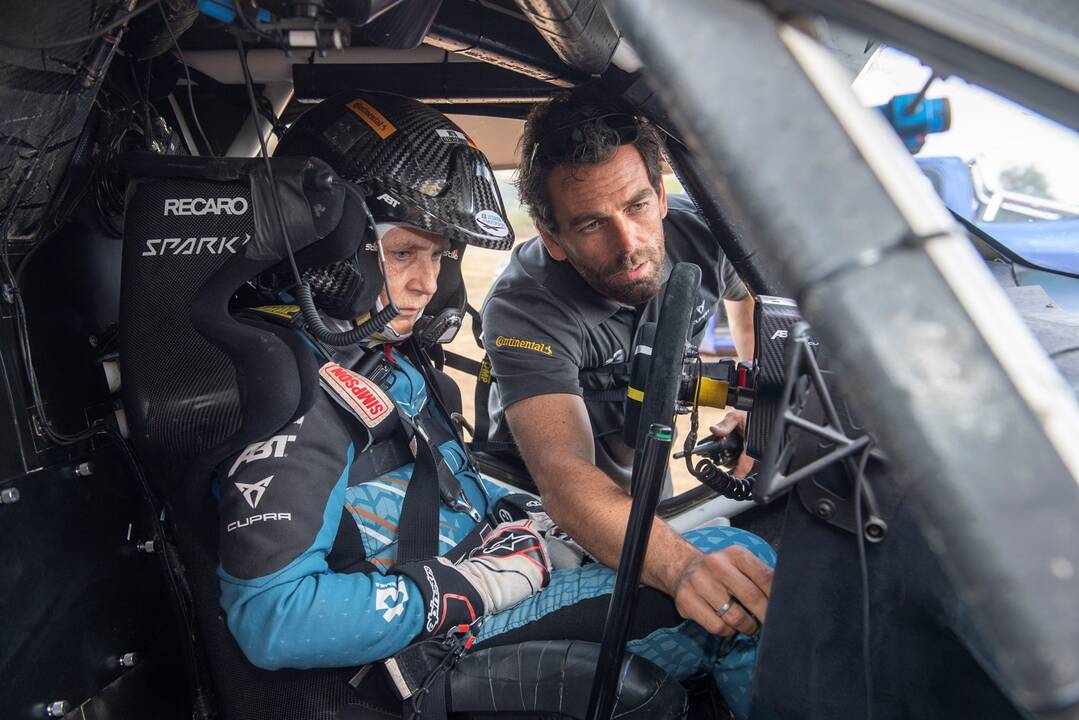 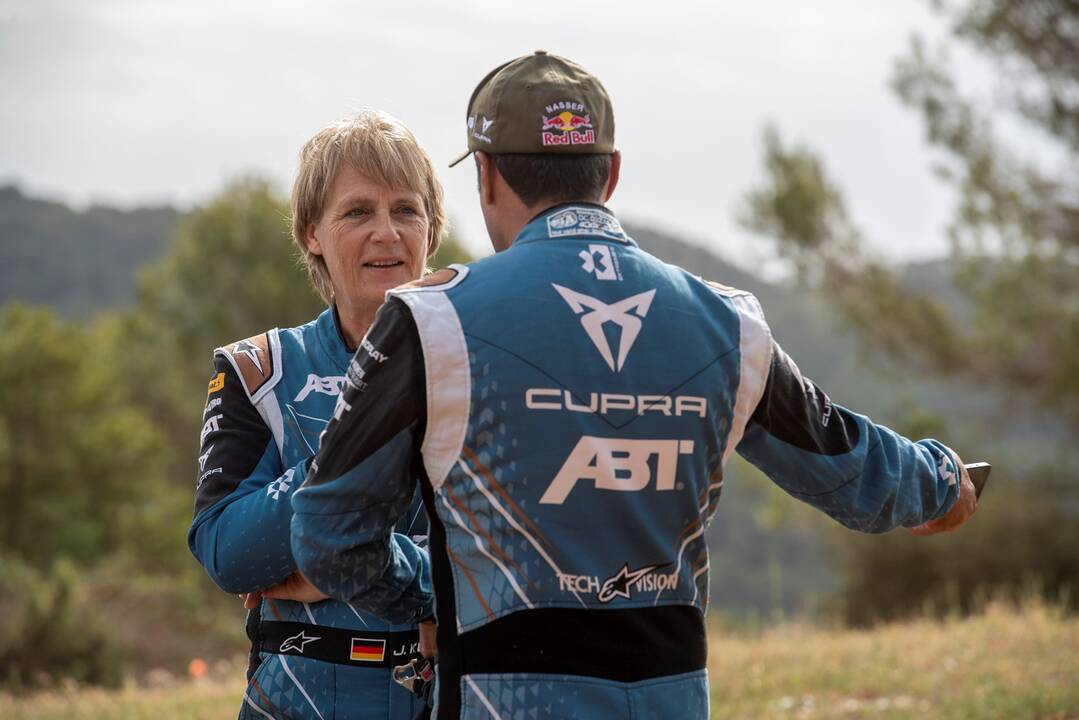 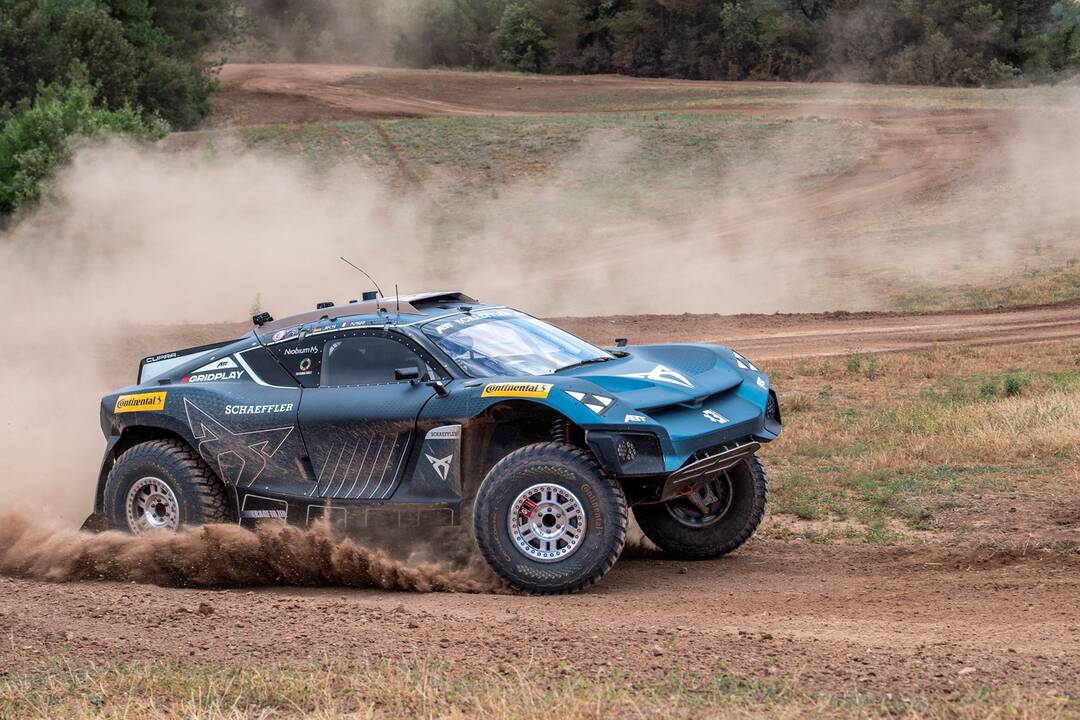 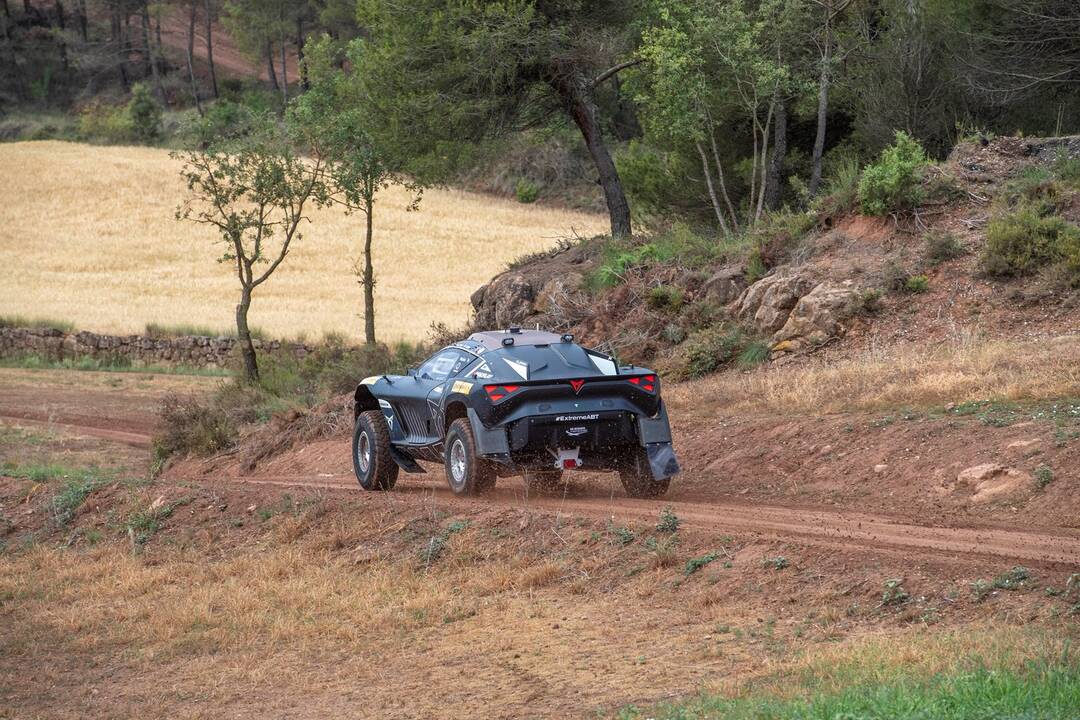 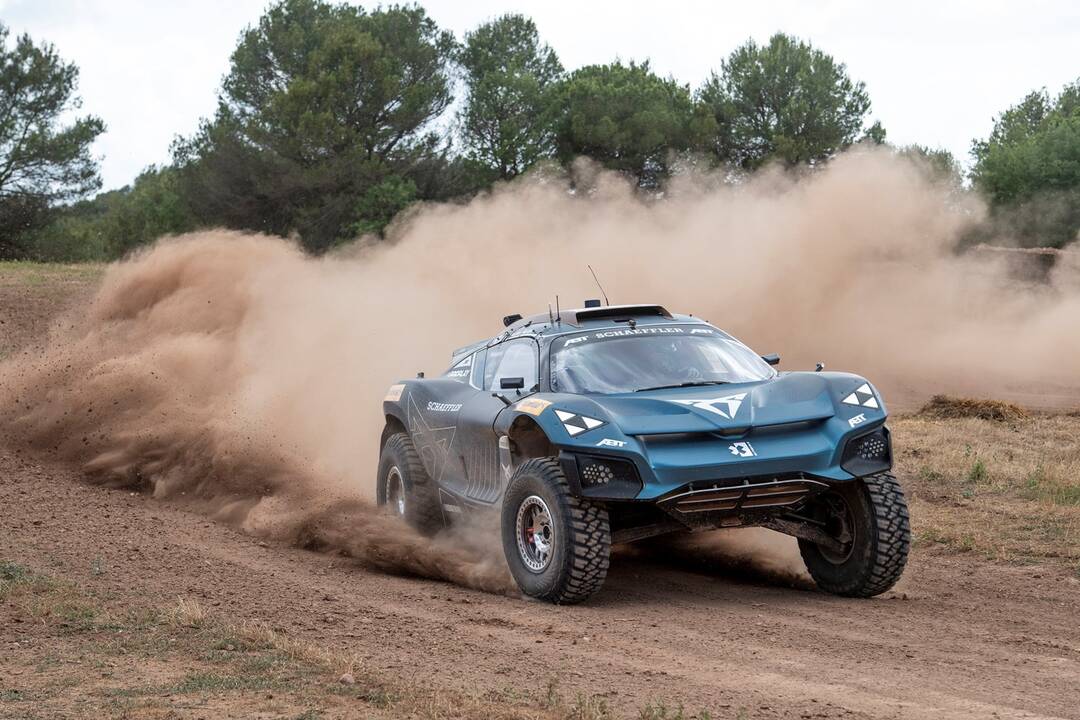 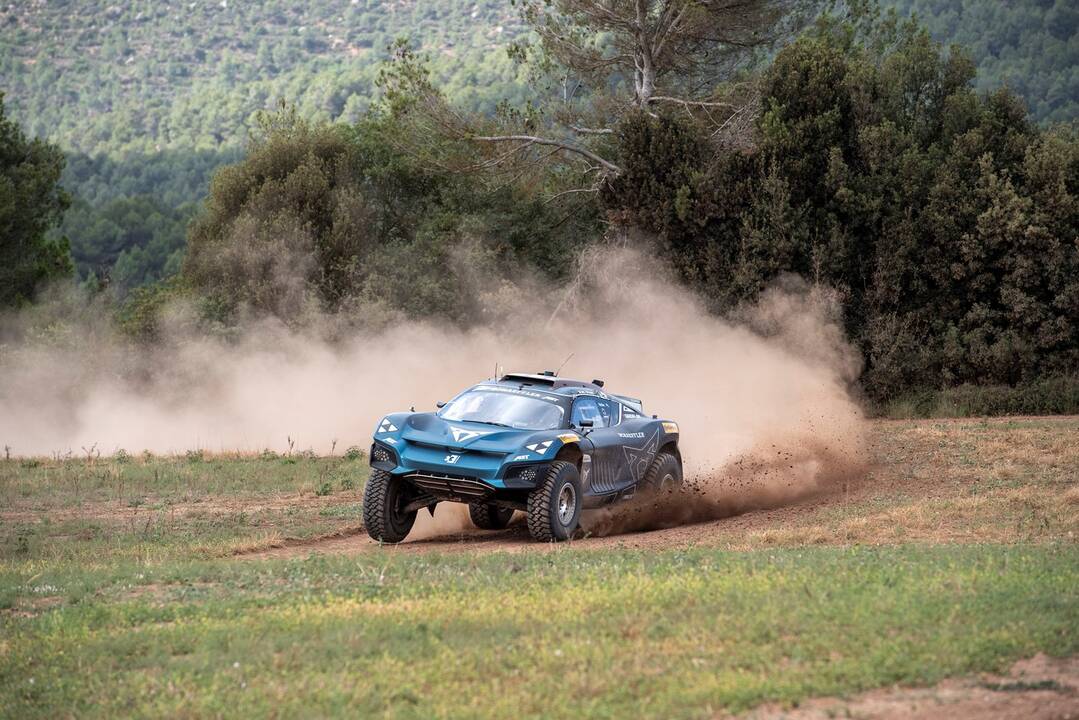 Extreme E returns – twice over: this week, the off-road racing series for purely-electric SUVs will be hosting two races in Sardinia (Italy): The third round of the season will be run on Wednesday and Thursday (July 6/7), followed by the fourth round on Saturday and Sunday (July 9/10). After a challenging start to the season, ABT CUPRA XE wants to use the double-header in Italy to bring home the first trophies of the year. Jutta Kleinschmidt and Nasser Al-Attiyah, who take turns in the cockpit of the CUPRA Tavascan XE, have prepared themselves during testing and are eager to attack.

The course is 6.019 kilometres long and is located on a military training area on the south coast of Sardinia. The venue also hosted an Extreme E race last year. Apart from a few sections, the course is identical to that of the previous year. Back then, with Mattias Ekström at Jutta Kleinschmidt’s side, ABT CUPRA XE scored its first trophy there in the series, which was only founded in 2021. This year, the races will be held in July instead of September: So the drivers can not only expect an extremely dry, hard and dusty surface, but also temperatures well beyond the 30-degree Celsius mark.

While the cars in Extreme E are technically identical, ABT CUPRA XE decided to go its own way when it comes to the look of the car: the CUPRA design department developed its own interpretation of the bodywork for the 540-hp rally car, which is called the CUPRA Tavascan XE and immediately caused a sensation. Before the appearance in Sardinia, the teams received an extensive technical update on the rear end of the car, which on the one hand is to increase the reliability of the car and on the other hand provides for more docile behaviour during the sometimes spectacular jumps. Jutta Kleinschmidt and Nasser Al-Attiyah tried out the modifications during three days of testing in Barcelona.

With its two races within a few days – a novelty in the still young Extreme E – the appearance in Sardinia is considered the highlight of the season. The interest from national and international media is great and numerous guests from the manufacturers and sponsors have also announced their attendance. ABT partner CUPRA alone has invited guests from five different markets. ABT CEO Thomas Biermaier will also be supporting the team on site, together with sports marketing boss Harry Unflath.

In Extreme E, ten teams – including those of former Formula 1 world champions Lewis Hamilton and Nico Rosberg – are competing for the championship. One woman and one man each take turns at the wheel. After the season opener in Saudi Arabia in February and the two races in Sardinia, there are two more destinations on the calendar: Chile in September and the finale on the coast of Uruguay in November.

Jutta Kleinschmidt: “Driving and jumping is much more fun”

Finally back in the car – Jutta Kleinschmidt’s anticipation of the double guest appearance in Sardinia is plain to see. “With the update that all of the cars have received, driving and jumping is much more fun. The pure performance was already there at the season opener, but a lot of little things set us back. That’s racing – we’ve learned from that and we want to and will do better.” At Nasser Al-Attiyah’s Racing Camp, the German gained additional self-confidence. “The test was hugely important, because we haven’t driven the car for a few months now and the practice time at Sardinia is, as always, very short.” Even though Kleinschmidt already knows most of the circuit from last year, the biggest challenge lies elsewhere. “The key to success in Italy is as simple as it is challenging: we must not make any mistakes.”

Nasser Al-Attiyah: “A trophy is clearly the goal”

Nasser Al-Attiyah has passed his baptism of fire in Extreme E – but even for a four-time Dakar winner, the season opener was a huge challenge. “At the first race weekend, everything was simply new for me: the car, the team, the race format and all of the procedures. I made mistakes, but above all, I learned an incredible amount.” Afterwards, the Qatari went about his work in his usual professional manner. “After the days in Saudi Arabia, we sat down together in the team to discuss everything in detail. Then we had an intense test in Spain, where we practiced all of the procedures again and again.” Al-Attiyah is not modest about the two guest appearances in Italy: “We feel well prepared and are ready to attack. A trophy is clearly the goal in Sardinia.”

One of the eye-catchers in the field: the CUPRA Tavascan XE

The CUPRA Tavascan XE replaces the e-CUPRA ABT XE1 from the first season: With its spectacular exterior and striking LED lights, the off-road rally car provides a first hint of the CUPRA Tavascan production vehicle’s future design language. The brand’s second purely electric model is being developed in Barcelona and is scheduled to be launched to the market in 2024. The CUPRA Tavascan XE is more sustainable than its predecessor: 3D-printed flax fibre parts make working on the vehicle even more flexible and environmentally friendly.

The best starting position in the final is important – and that is in the hands of the fans. From July 4 (10 am) until July 6 (6 pm), fans can vote twice a day on the Extreme E website. Voting for the next round starts on July 7 at 10 pm and ends on July 9 at 6 pm. The votes are added up and the team with the most fans gets to choose its position on the grid. The teams that do not reach the final also play an important role by passing on their votes to a team of their choice.