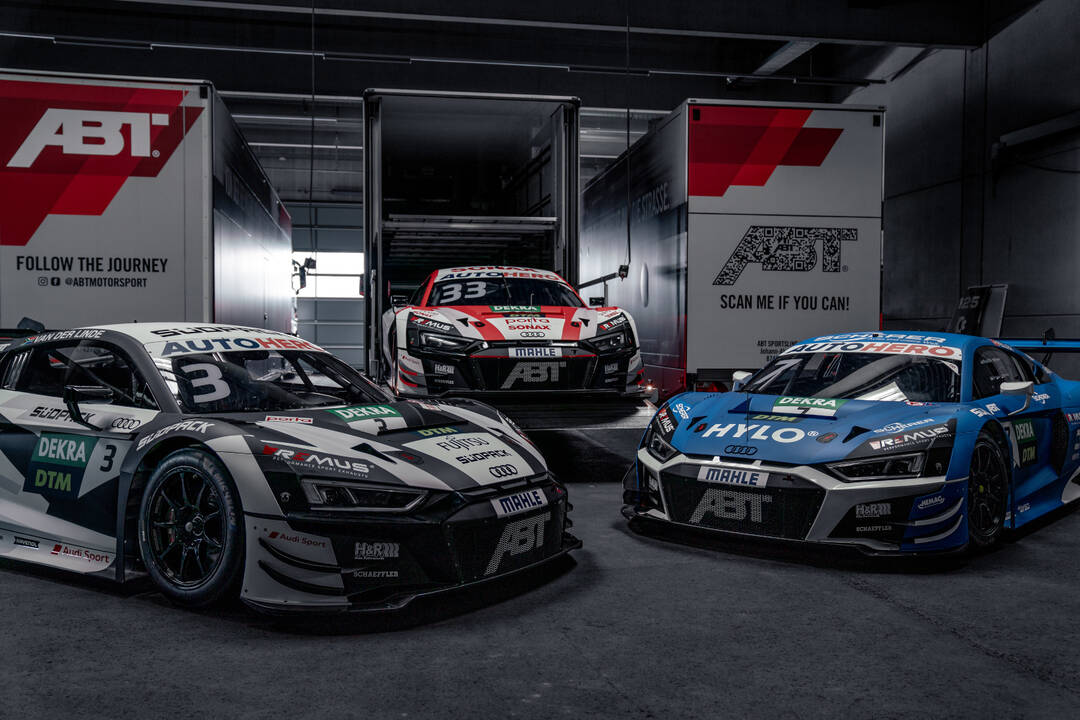 Competition for professionals and fans: ABT Sportsline is searching the best DTM photos 2022

With the first official test of 2022, the final preparations for the new DTM season are really taking off. On Tuesday and Wednesday, all DTM teams will test for two days at the Hockenheimring, before two more official test days and the first race are scheduled for the end of April at Portimão, Portugal.

ABT Sportsline enters the 2022 season as the most successful active DTM team with 22 DTM years behind them. The record of the Bavarian team so far: four drivers’ championships, five team titles, 71 victories and 229 podiums in 253 DTM races.

“2022 is a very special year for ABT Sportsline,” says Head of Sports Marketing Harry Unflath. “In 1952, exactly 70 years ago, Johann Abt won the first race of his career and thus laid the foundation for today’s Team ABT Sportsline. Successes in the DTM have always been extremely valuable for us and fit perfectly with our motto ‘From the racetrack to the road’.”

This year, professional photographers and fans have an additional incentive to set their sights on the three ABT Audi R8 LMS GT3 evo II cars. The ABT Photo Challenge 2022 is looking for the best photos from the 2022 DTM with reference to Team ABT Sportsline in the three categories action, emotions and partners.

All photos published on social media with the two hashtags #DTM and #TeamABTSportsline during the race weekends and the following three days are automatically eligible for the competition. After each DTM event, fans can vote via Team ABT Sportsline’s social media channels and choose the best photo in each of the three categories. The winners of each category will receive valuable prizes.

At the end of the season, all the winning photos will be entered into the grand final of the ABT Photo Challenge 2022. The partners of Team ABT Sportsline will form the jury together with the team management consisting of Hans-Jürgen Abt, Team Principal Thomas Biermaier, Head of Sports Marketing Harry Unflath and Team Manager Roger Köhler as well as the three ABT DTM drivers.

The partners of Team ABT Sportsline in the 2022 DTM are providing top-class prizes for the competition: The illustrious palette ranges from Fujitsu notebooks to air fresheners and hand-held hoovers of the Hyla brand to a car preparation by long-standing partner Sonax. ABT Sportsline is contributing valuable chronographs. The list of all prizes will be available at www.abt-sportsline.de/dtm-photo-challenge from the end of April.

15 renowned companies will be supporting ABT Sportsline in the 2022 DTM. New to the DTM are Hyla – most recently the team’s partner in Formula E – Hylo and Porta. Audi Sport customer racing, Casamoda, H&R, Fujitsu, MAN, Ravenol, Remus, Riedel, Schaeffler, the Scherer Group, Sonax and Südpack already supported Team ABT Sportsline in the DTM last year.

ABT Motorsport on social media: