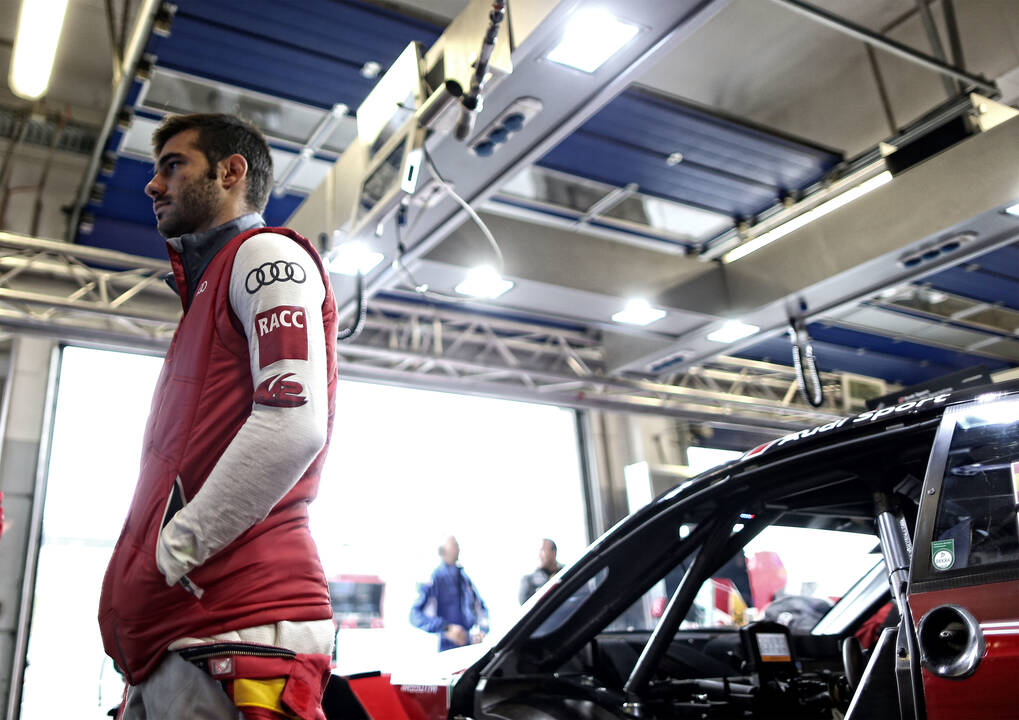 A meager amount of points scored, but a more effective ‘weight diet’: Following the two races at the Motorsport Arena Oschersleben, the Audi drivers will be allowed to unload weight for the final spurt in the thrilling battle for the title.

After having clinched seven victories in the first 12 races, the Audi drivers among Mattias Ekström had to compete with high additional weights at Oschersleben. Following Miguel Molina’s ninth place on Saturday, Jamie Green in position eight was the best Audi driver on Sunday.

During his overtaking maneuvers in the early stage, Green had the Red Bull Audi RS 5 DTM of Mattias Ekström in tow. Ekström, after starting from position 18, finished in eleventh place. The Swede remained without points twice at Oschersleben and is now trailing Pascal Wehrlein by 14 points in second place of the drivers’ standings. But he will have a lighter car than his fiercest rival in the battle for the title for the first time again at the Nürburgring in two weeks from now.

“All of our drivers are now allowed to unload between 7.5 and ten kilograms,” says Dieter Gass, Head of DTM at Audi Sport. “We need to make optimum use of this at the Nürburgring. Here at Oschersleben, we were with our back against the wall due to the performance weights. That’s hard to digest, but that’s how the rules are in the DTM this year. We’re very happy that this weekend is behind us and are looking ahead.”

Adrien Tambay finished Sunday’s race at Oschersleben in position 14 while Edoardo Mortara parked his car early after 21 laps, following damage to his car in the starting phase. For Miguel Molina the race ended early in the commotion in turn one when Mercedes driver Christian Vietoris hit Molina’s rear wheel.

The next DTM weekend is coming up soon, at the Nürburgring from September 25 to 27.