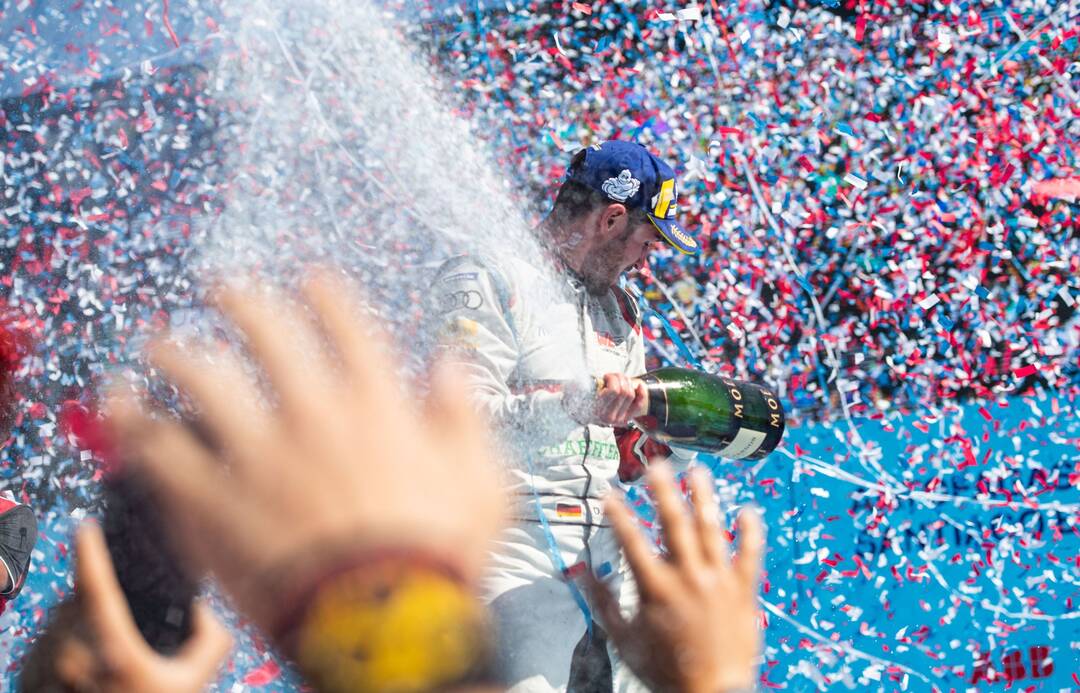 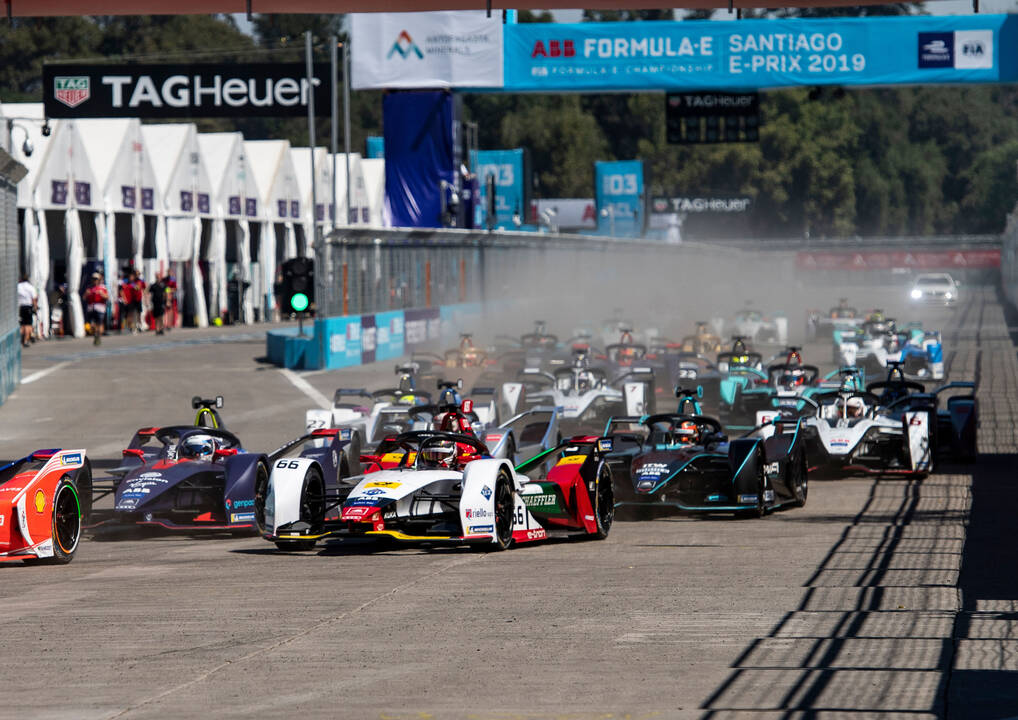 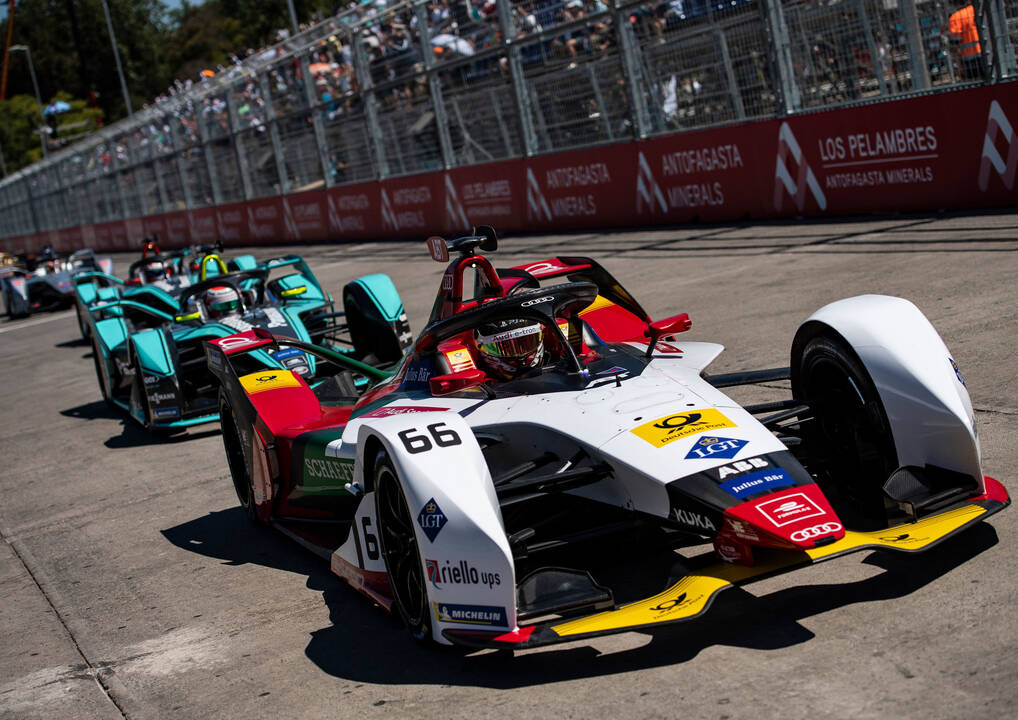 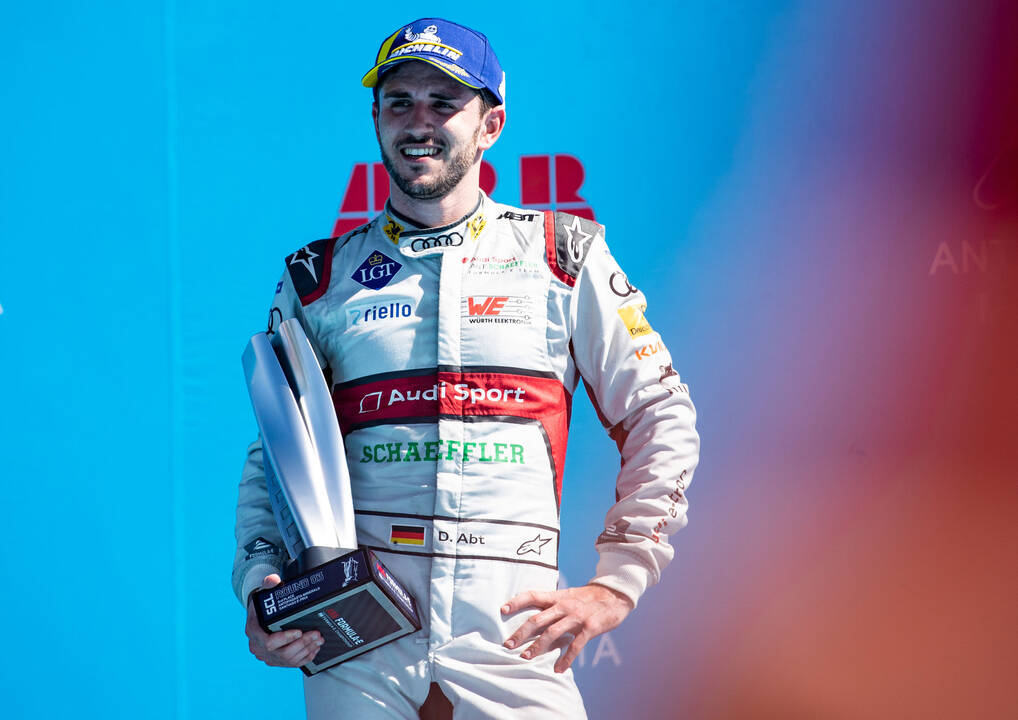 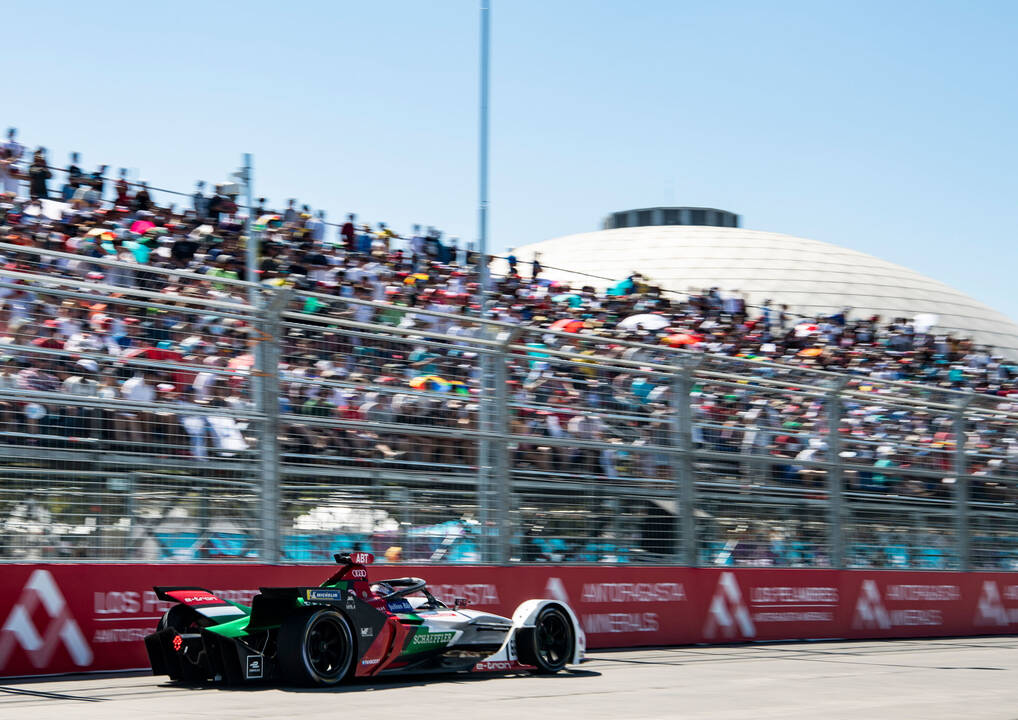 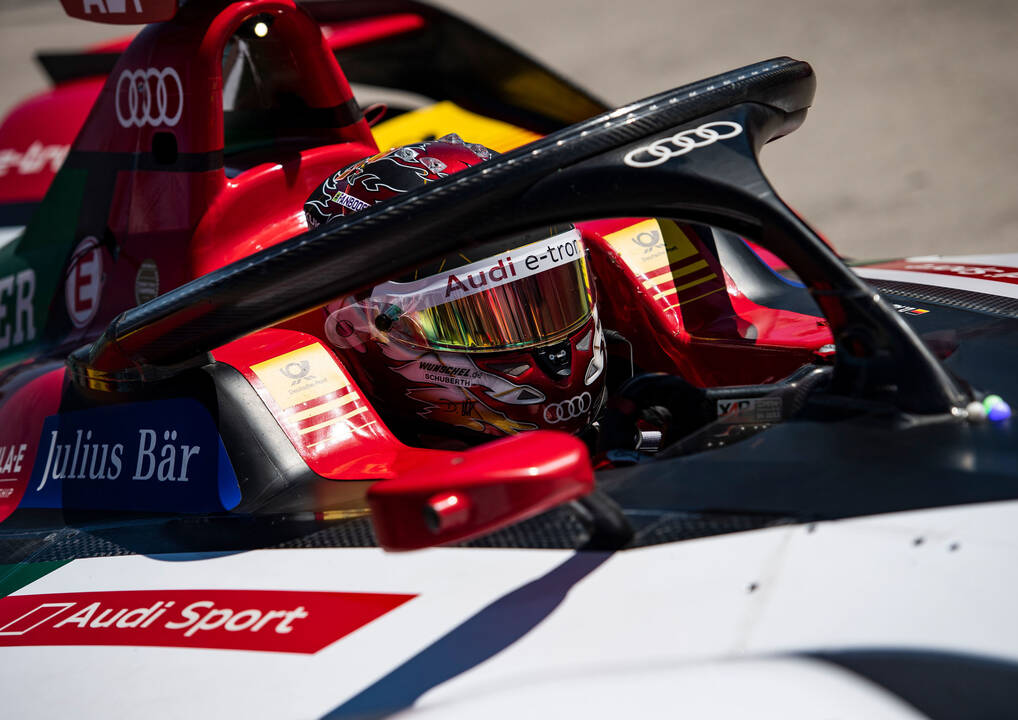 37 degrees Celsius: In the hottest ever Formula E race, title defender Audi Sport ABT Schaeffler has claimed its first podium of the season in Santiago de Chile.

Lucas di Grassi promptly posted the fastest time in the first free practice session on the new street circuit in Santiago’s O’Higgins Park. Both drivers in the Audi Sport ABT Schaeffler team qualified in the top six for the Super Pole qualifying, where Lucas di Grassi managed to drive “the best lap” of his Formula E career. With an impressive margin of 0.526 seconds, the Brazilian distanced himself from the rest of the field.

Taking up the race from the third grid spot, teammate Daniel Abt secured third place in scorching temperatures of up to 37 degrees Celsius in the shade at the wheel of his Audi e-tron FE05, and thus the first podium for the title defenders Audi Sport ABT Schaeffler in the 2018/2019 ABB FIA Formula E Championship season. Abt also earned the extra point for the fastest race lap.

“That was an incredibly tough race,” said Abt. “It was extremely hot out there. But sometimes you just have to stay cool, and that’s what we did today. This first podium of the season is really important for our team. Our squad works hard and more than deserves this result. We've underlined that we’re making progress and are on the right track. And we’ll continue to fight.”

Due to a rule infraction during the in-lap of the previous group qualifying, Lucas di Grassi was relegated from pole position to start from the back of the grid. In the race, the Brazilian fought his way up the field from twenty-second position on the grid into ninth place, only to receive a time penalty as a result of a collision, which threw him back to twelfth.

“Today we saw many drivers making mistakes in very tough conditions,” said Allan McNish, Team Principal of Audi Sport ABT Schaeffler. “I’m very proud of Daniel (Abt). After a strong qualifying performance under difficult conditions, he drove a clean race from start to finish and brought home the first podium result of the season for our team. A superb job! Lucas (di Grassi) had to fight his way back up from the very back of the field after his problem in qualifying and unfortunately didn’t score any points this time.”

“After a hot, action-packed and incredible Formula E race, it turned out to be an excellent result for Audi,” said Head of Audi Motorsport Dieter Gass. “The first win of the season thanks to our customer team Envision Virgin Racing and the first podium for our factory squad. It’s a pity that Lucas (di Grassi) was stripped of his pole position due to a minor infraction. He would certainly have been fighting for victory today. We’re taking many positive insights from this weekend to the next round in Mexico.”

The fourth round of the Formula E season will be contested on February 16 in Mexico City. Daniel Abt celebrated his maiden victory in the electric racing series there last year and thus laid the foundation for winning the teams’ championship.