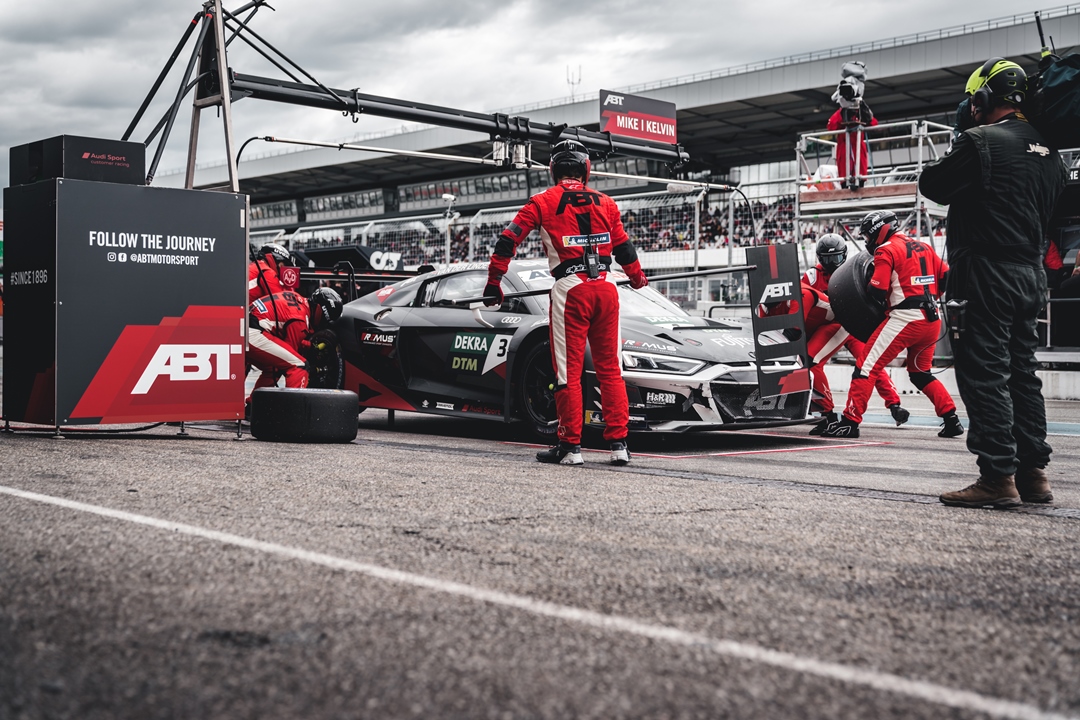 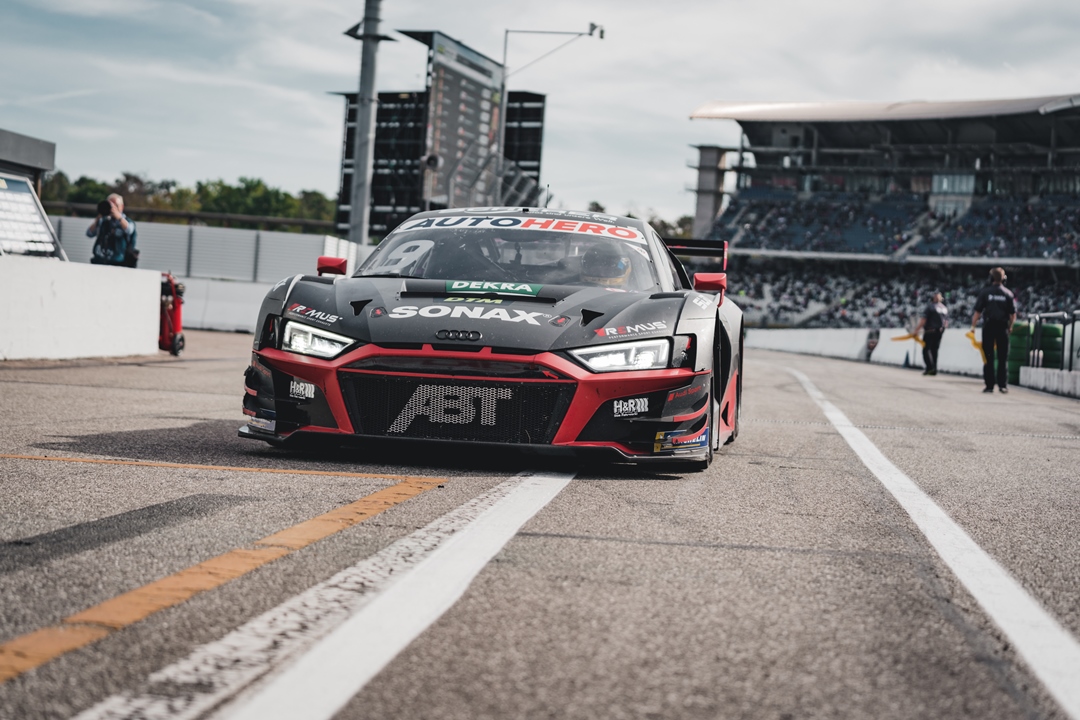 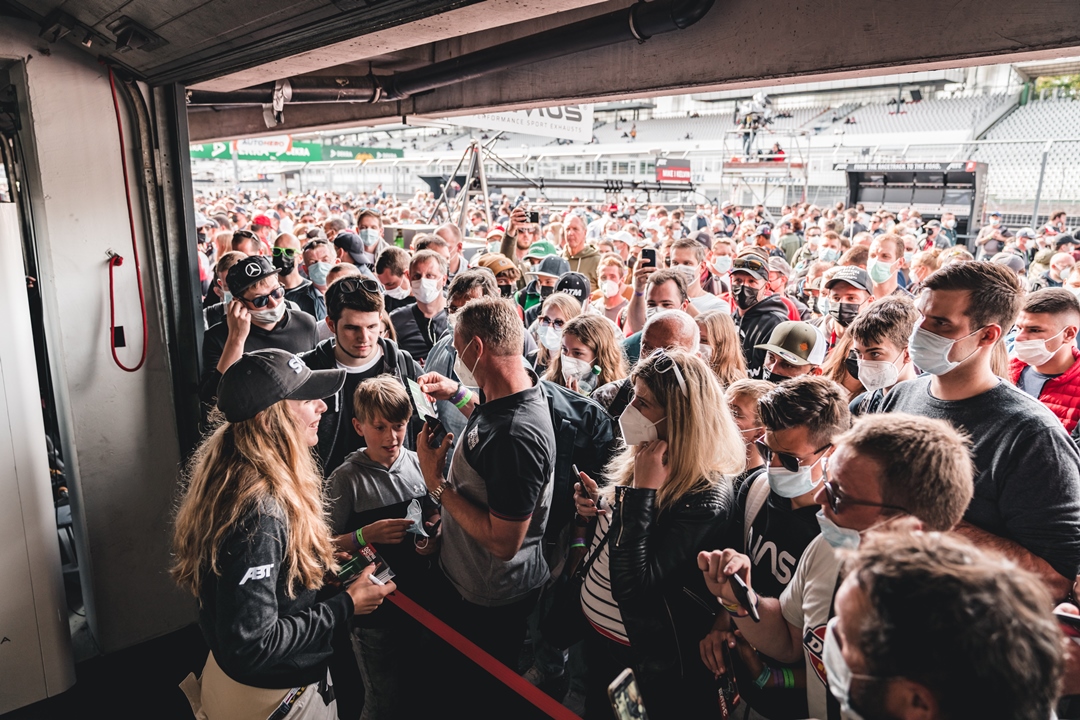 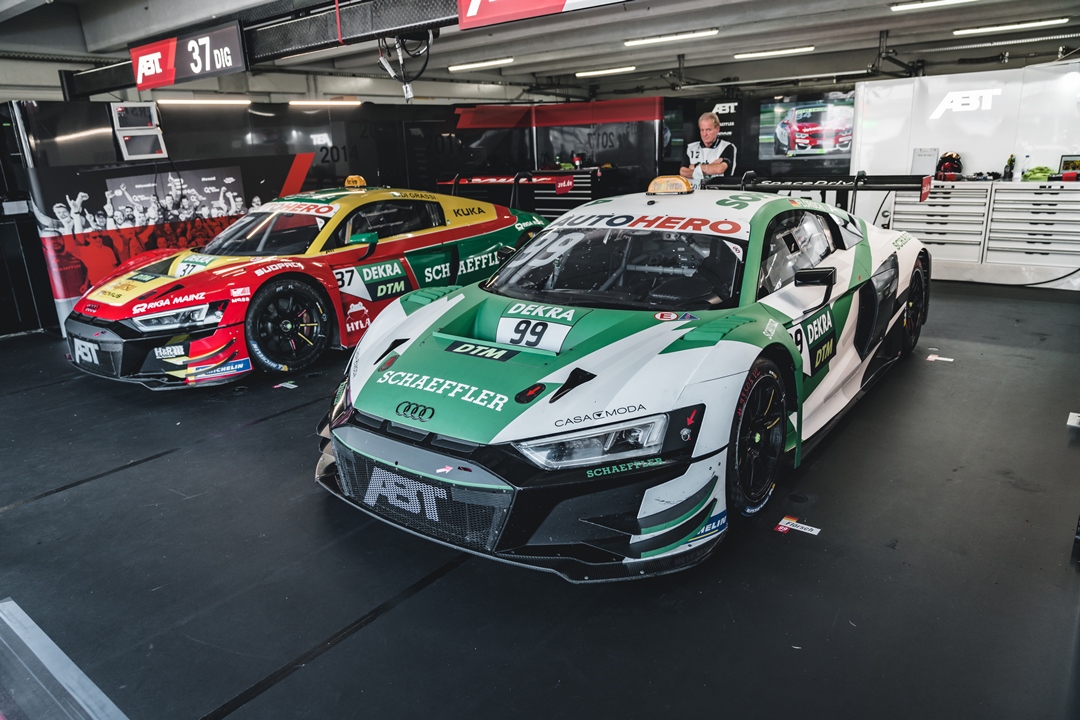 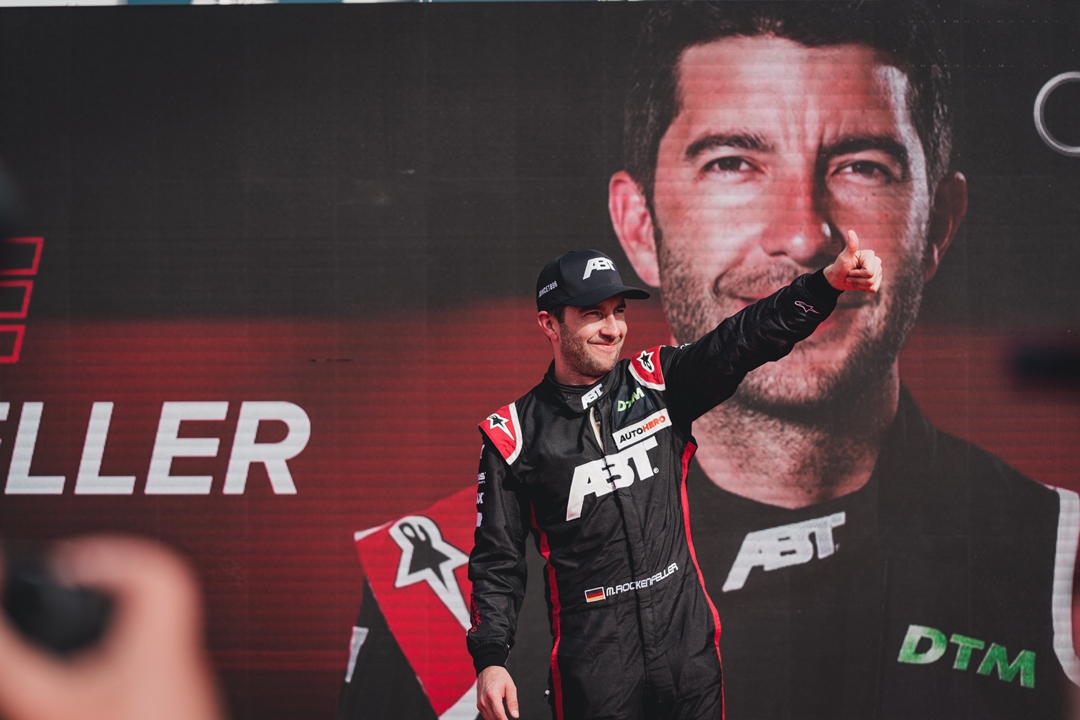 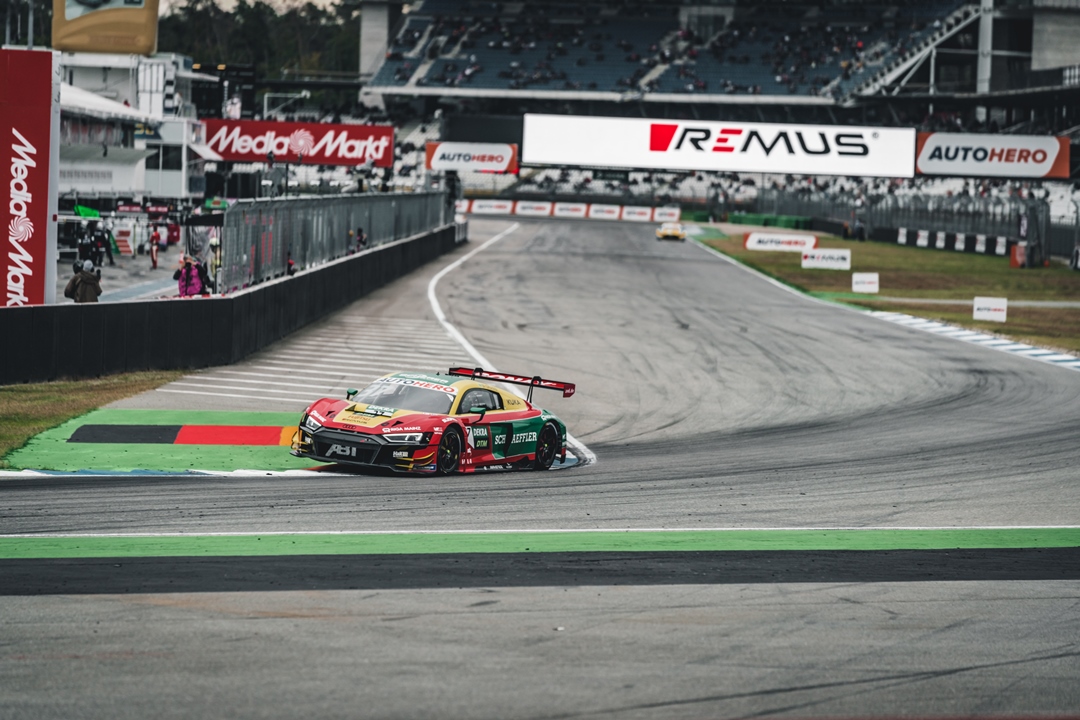 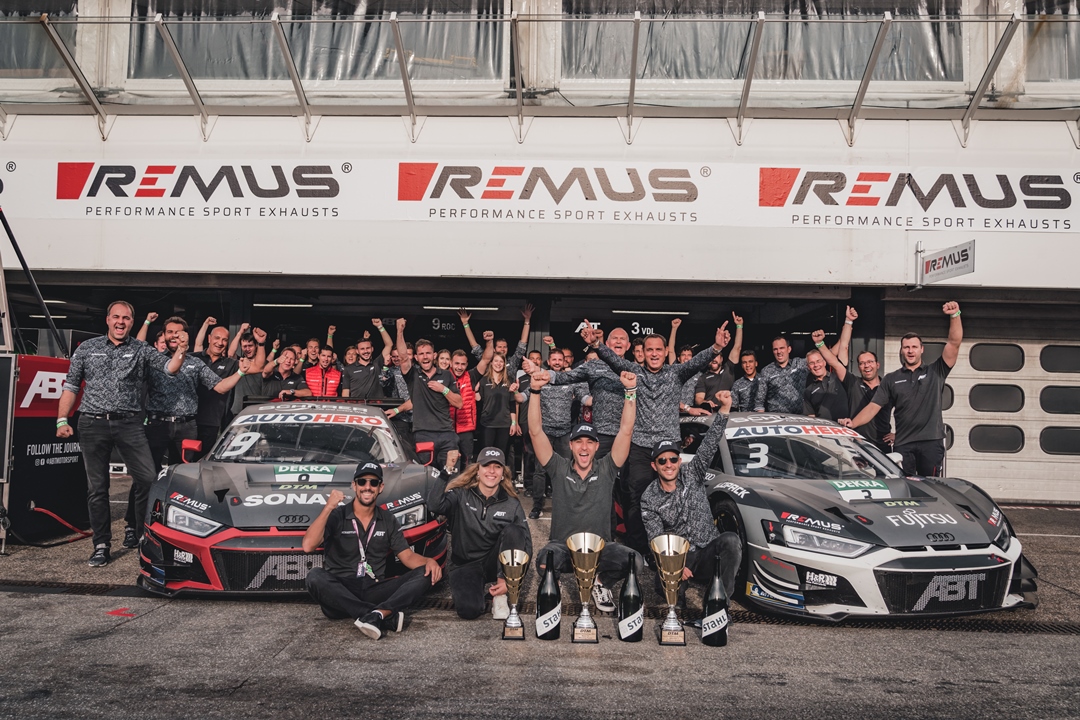 DTM Hockenheim: first a dream result, then a nightmare

The mood at Team ABT Sportsline changed with the weather at Hockenheim: bright sunshine on Saturday was followed by gloomy clouds on Sunday. On Saturday, the most successful active DTM team achieved a dream result: Kelvin van der Linde took his fourth win of the season and the maximum possible points score from pole position. He thus drew level with championship leader Liam Lawson in the Ferrari.

The successful day for Team ABT Sportsline was completed by Mike Rockenfeller who, after a technical problem in qualifying (defective sensor), stormed from 17th on the grid to third and overtook Liam Lawson on the last lap.

But the second race turned into a nightmare for Team ABT Sportsline: during Mike Rockenfeller’s compulsory pit stop, one of the mechanics suffered injuries to two fingers on his left hand. He was taken to the hospital in Ludwigshafen where he underwent surgery.

Kelvin van der Linde was without a chance in the second race with 25 kilograms of success weight on board his ABT Audi R8 LMS. After a contact with Liam Lawson, he collected twice a time penalty of five seconds. Finishing tenth, the ABT driver only scored just one point and is 14 points behind Liam Lawson in second place in the standings ahead of the finale at the Norisring next weekend.

Sophia Flörsch drove from 19th on the grid to twelfth on Saturday, narrowly missing out on points. On Sunday, she had to retire after a collision with Esmee Hawkey.

Lucas di Grassi finished 15th in his first DTM race. On Sunday, he had to retire his ABT Audi R8 LMS shortly before the end of the race due to a technical issue with the power train.

Quotes after the DTM races at Hockenheim

Thomas Biermaier (Team Principal Team ABT Sportsline): “Motorsport can sometimes be cruel. When someone from the team gets hurt, all sporting results are secondary: Saturday’s great success as well as the disappointing second race on Sunday. Our thoughts are exclusively with Manuel. We all hope that he will be fit again very quickly and that he will be back at the Norisring – even if he has to wear a cast on his left hand. We will put this behind us as a team and fight back at the Norisring. For Manuel.”

Kelvin van der Linde (ABT Audi R8 LMS #3): “After Assen, the mood in the team was a bit down. But the guys worked incredibly hard and gave me a fantastic car at Hockenheim. Saturday was a cool day and Sunday also started well. But after the accident in the pits, of course we are all extremely sad: Manuel is an important part of our team and I hope he gets well quickly.”

Mike Rockenfeller (ABT Audi R8 LMS #9): “Endangering or even injuring a mechanic during a pit stop is the last thing you want as a racing driver. Unfortunately, that’s what happened today and I’m incredibly sorry. I went to the hospital immediately after the race and will visit Manuel tomorrow after a hopefully successful operation. I am really devastated because something like this has never happened to me before.”

Lucas di Grassi (ABT Audi R8 LMS #37): “First of all, best wishes from me to Manuel: get well soon! I had a lot of fun on my first DTM weekend and learned something with every lap. Unfortunately, we had a problem with the engine the whole Sunday, which is why I had to stop the car. I hope things will go better at the Norisring.”

Sophia Flörsch (ABT Audi R8 LMS #99): “Saturday was a positive day: I started 19th and finished 12th. The pace was quite okay. On Sunday, I had two collisions. After the first one the car was already a bit crooked, the second one unfortunately gave the car the rest. But of course, that’s not so important: my main thoughts are also with Manuel.”