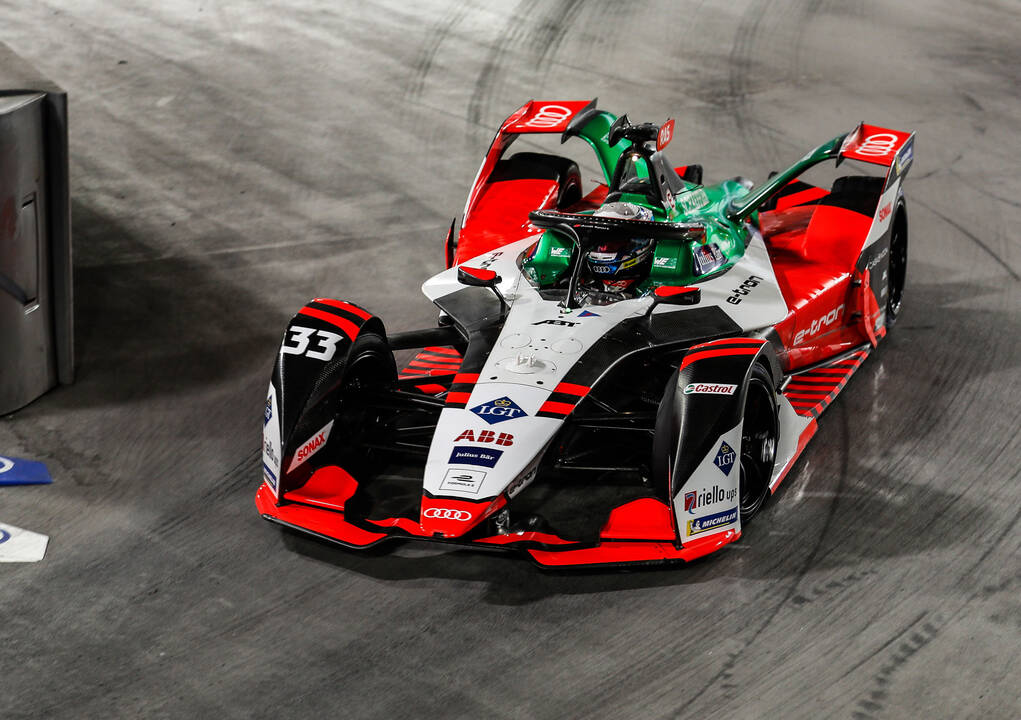 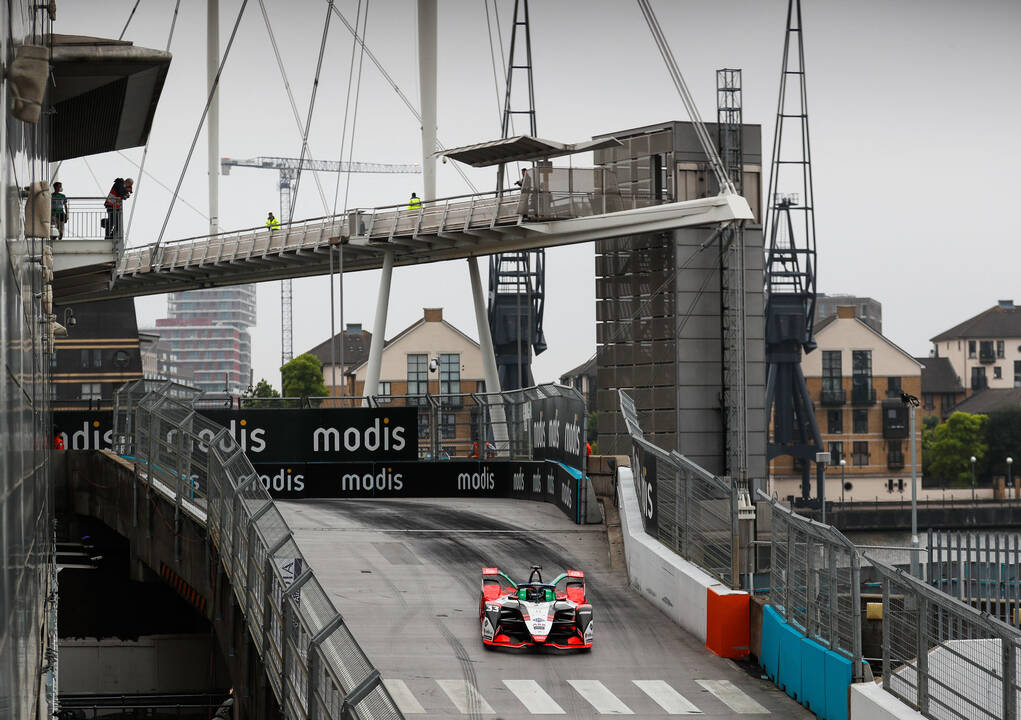 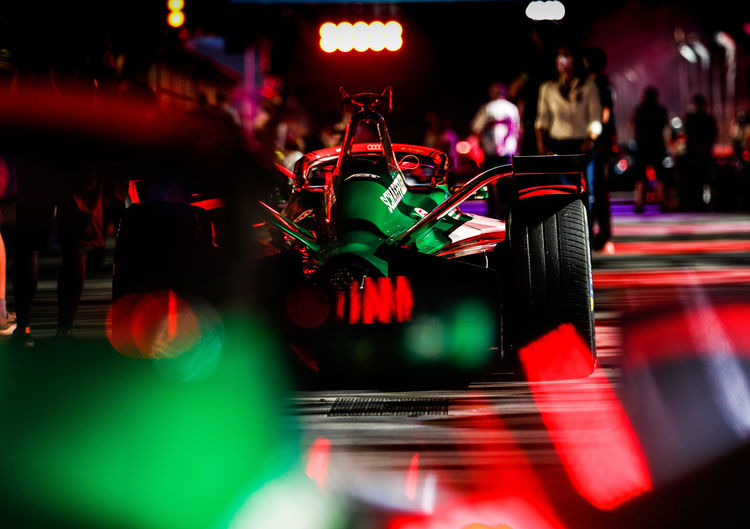 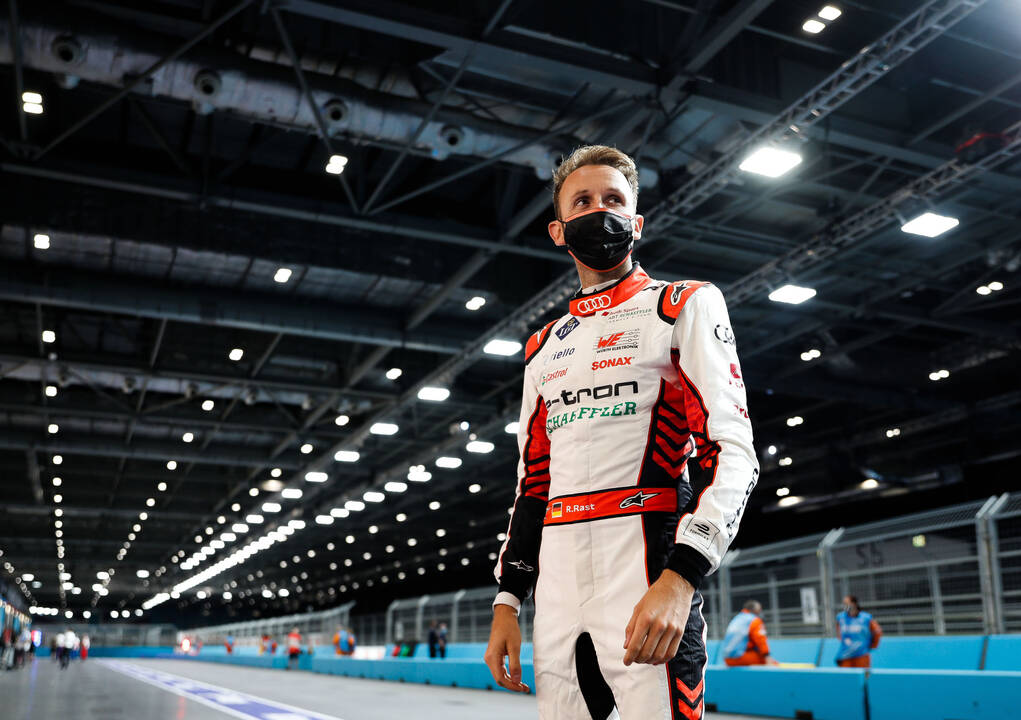 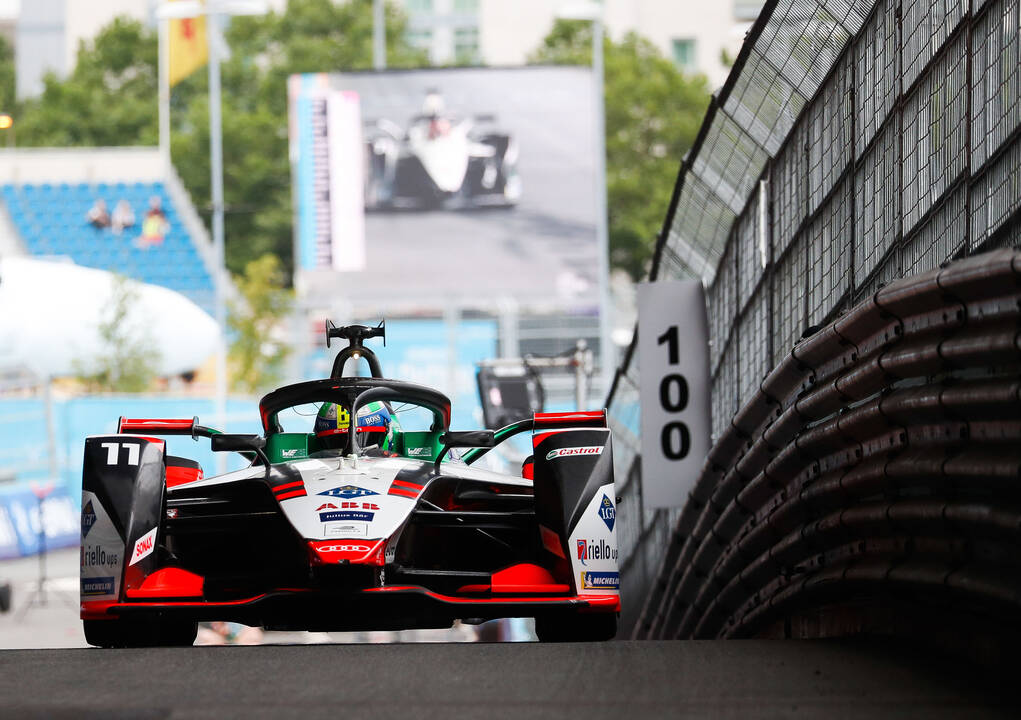 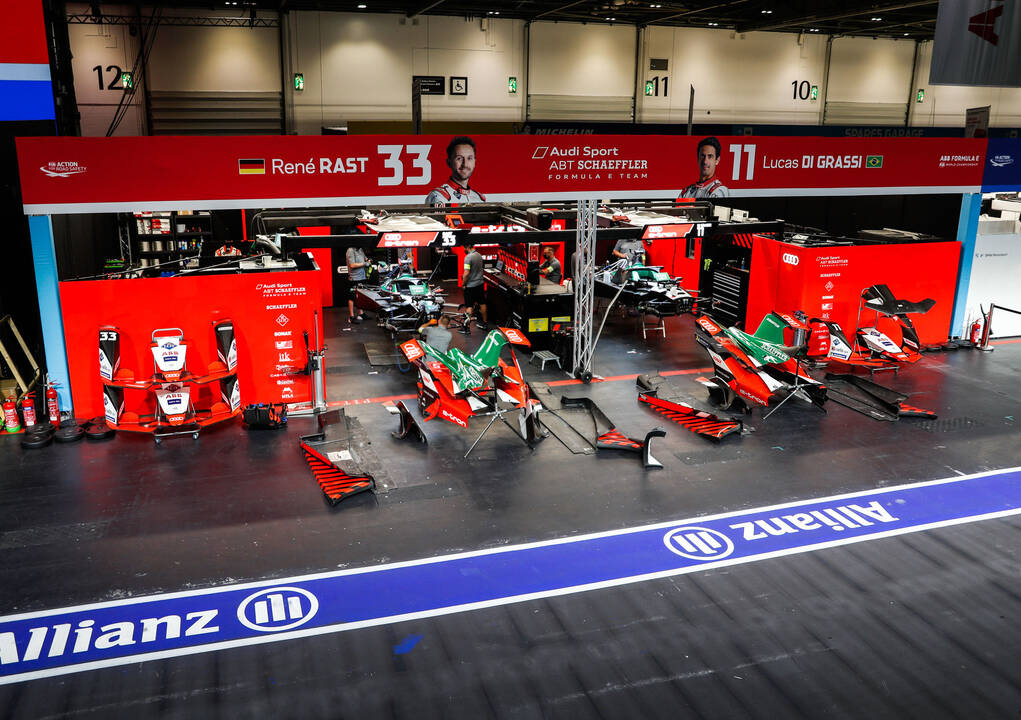 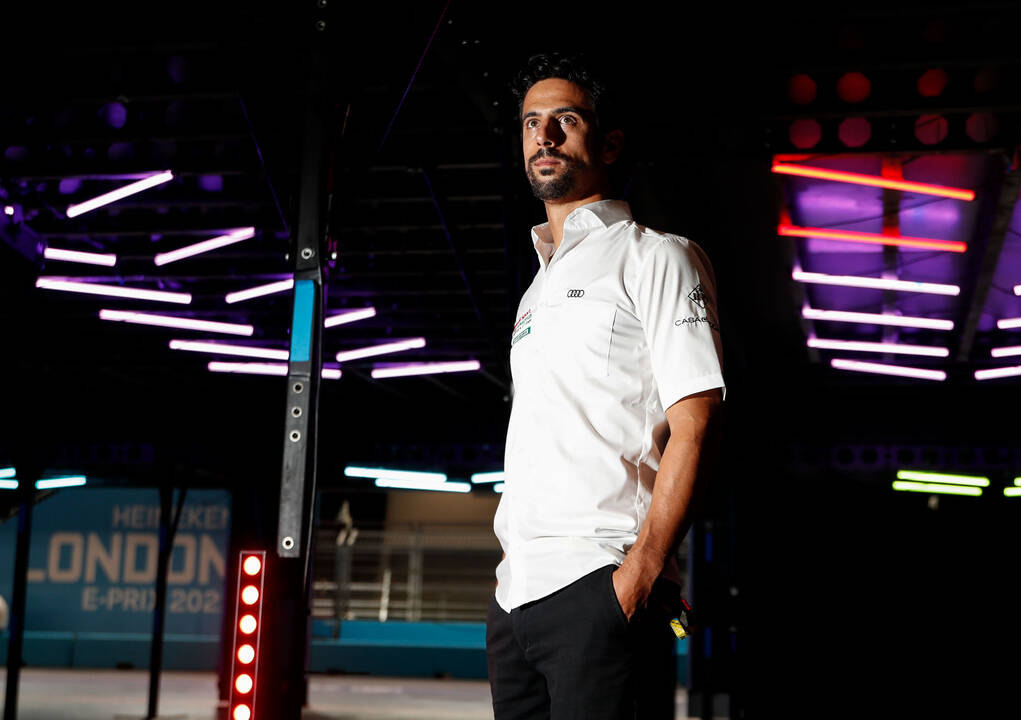 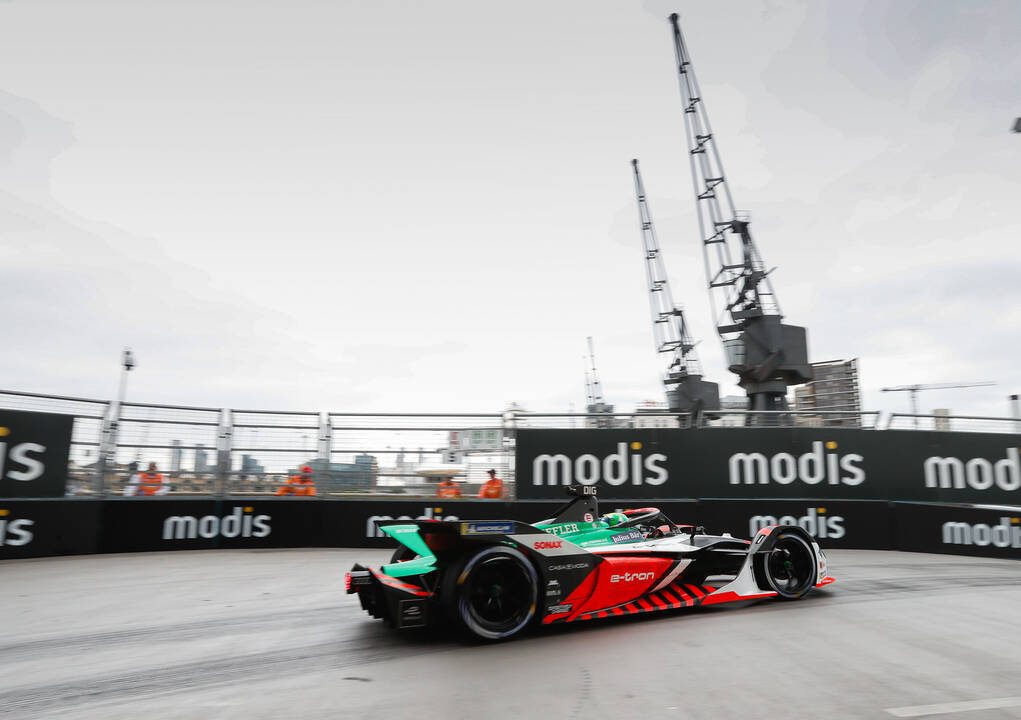 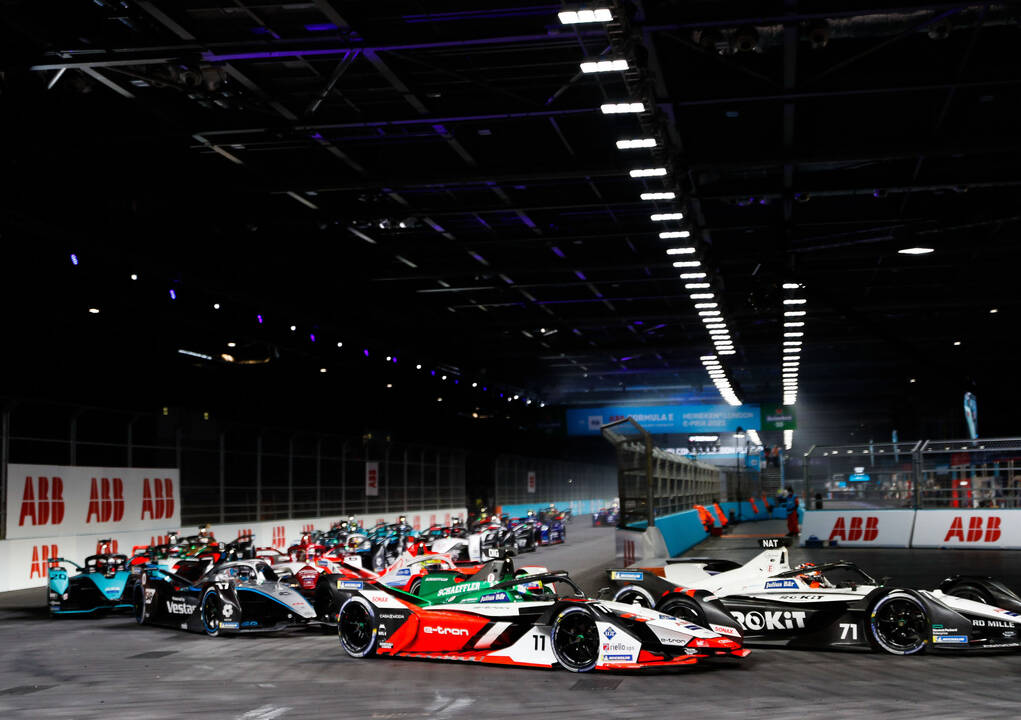 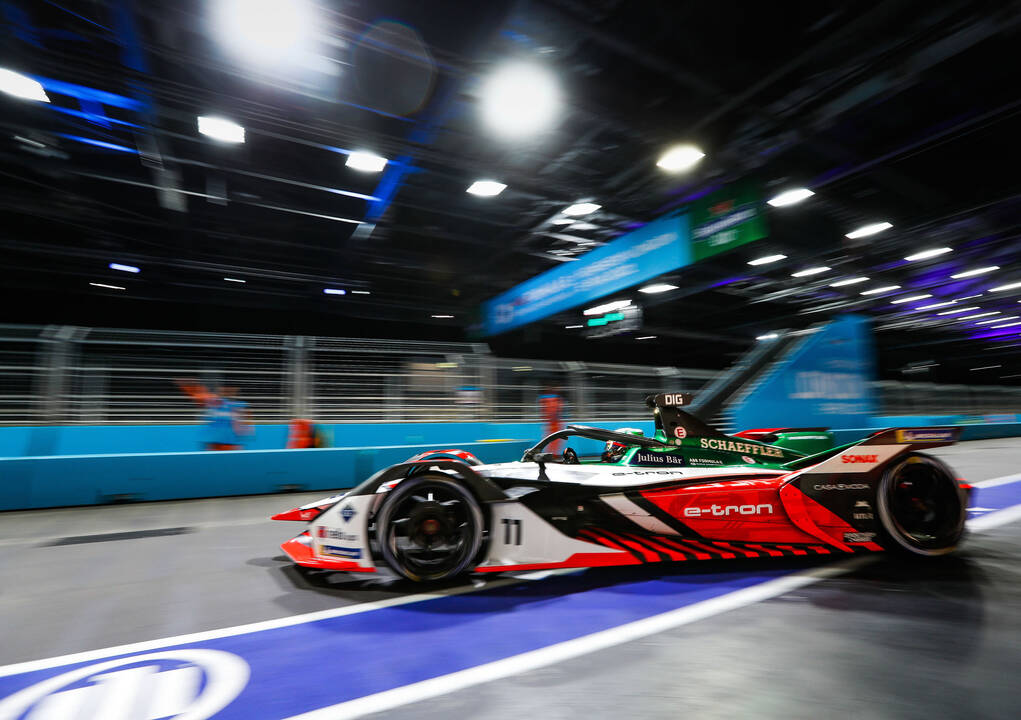 The title fight in Formula E is very close with three races still to go this season. In the middle of the action is the Audi Sport ABT Schaeffler team with its two drivers René Rast and Lucas di Grassi, who further narrowed the gap to the top by finishing fifth and sixth in Saturday’s race. On Sunday, both pilots remained without points.

Fans in London and in front of their televisions all around the world saw Formula E’s spectacular return to London on Saturday: for the first time, the all-electric world championship started on a layout with a mixture of indoor and outdoor parts around the ExCeL Arena in the east of the UK capital. Heavy rain on the morning of race day made for unpredictable track conditions and a lottery in qualifying. The result: a mixed starting grid with Lucas di Grassi ending up fastest in his qualifying group and in 7th place on the grid. Teammate René Rast qualified in 13th.

“Today’s race was very much characterized by strategy and once again offered the fans a lot of action,” says Team Principal Allan McNish. “René and Lucas both put up a strong fight. In addition, our engineers in the pits kept track of everything during all the challenges. In the end, we were rewarded with the fifth and sixth places, closing the gaps on our championship rivals in both title battles.”

René Rast made up a few positions right after the start and moved up into the points. Together with Lucas di Grassi, the German drove a clean race, taking turns with his teammate while trying to overtake rivals. “It was a good day today, but also a crazy race,” says René Rast. “I lost some parts in a few touches at the start, plus my steering was a little bent, but we still made up eight places. That’s a good starting position for tomorrow and the upcoming races.”

Lucas di Grassi was unlucky during both of his attack mode activations, because he twice got stuck behind a competitor. “Sometimes we gained positions, then lost them again. That’s why we didn’t get as far ahead as we had hoped,” says the Brazilian. “Still, the points today are extremely important, because I’ve never seen a tighter title fight than what we have now with three races to go this season.”

At Sunday’s race, Lucas di Grassi and his team provided plenty to talk about in London: The Brazilian had started from tenth place and was running in ninth after twelve laps. When an accident caused a safety car period, the team tried a strategy move: While the field stayed behind the unusally slow safety car on the start-finish straight, di Grassi drove through the pit lane, made a short stop in front of his garage, returned to the track in the lead and crossed finish line in first position.

“That was a good strategy by the team, which found an opportunity in the regulations and took advantage of it,” says Lucas di Grassi. “Given the close standings in the title fight, we didn’t want to leave any opportunity unused.” The only blemish: the Audi e-tron FE07 did not come to a complete stop in pit lane during its stop, which is required by the regulations. This is why di Grassi was handed a drive-through penalty and then later excluded from the classification.

For René Rast, the race was already over after five laps when he was hit by Sébastien Buemi and his car was badly damaged. “Formula E once again showed its crazy side this weekend,” said Rast. “First changing weather on Saturday and then a whole series of tough racing on Sunday, which also cost me the chance of more points. You can only put that behind you and look ahead: In three weeks, it’s about performing again in Berlin.” Buemi received a penalty from race control for the collision.

“Let’s be honest: It was a disappointing day for us today,” said Team Principal Allan McNish. “We tried a strategy move with Lucas that was allowed by the regulations and that other teams have done in the past, but unfortunately it didn’t work out one hundred percent and we accept the FIA stewards decisions. René was on his way to the front and was robbed of points by a collision.” After 13 of 15 races, Rast is in tenth place in the drivers’ standings with a 23-point gap to the leader, teammate di Grassi follows six points behind in 13th place. In the teams’ standings, Audi Sport ABT Schaeffler is in sixth place.

The Formula E journey comes to an end for Audi with two home races in Berlin on August 14 and 15: the brand is concluding its factory commitment with its own team in the series and takes on a new motorsport challenge with the Dakar Rally. “Although everything is still possible, we’re not primarily looking at the standings,” says McNish. “We want to say goodbye to our fans in Berlin with two strong races and as many trophies as possible.”