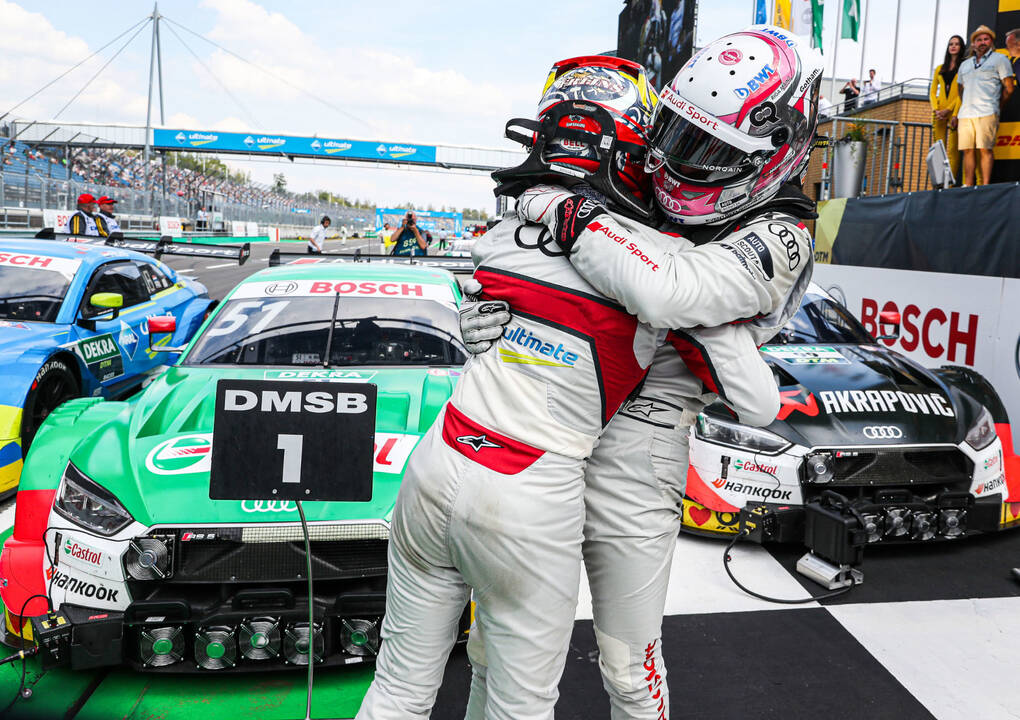 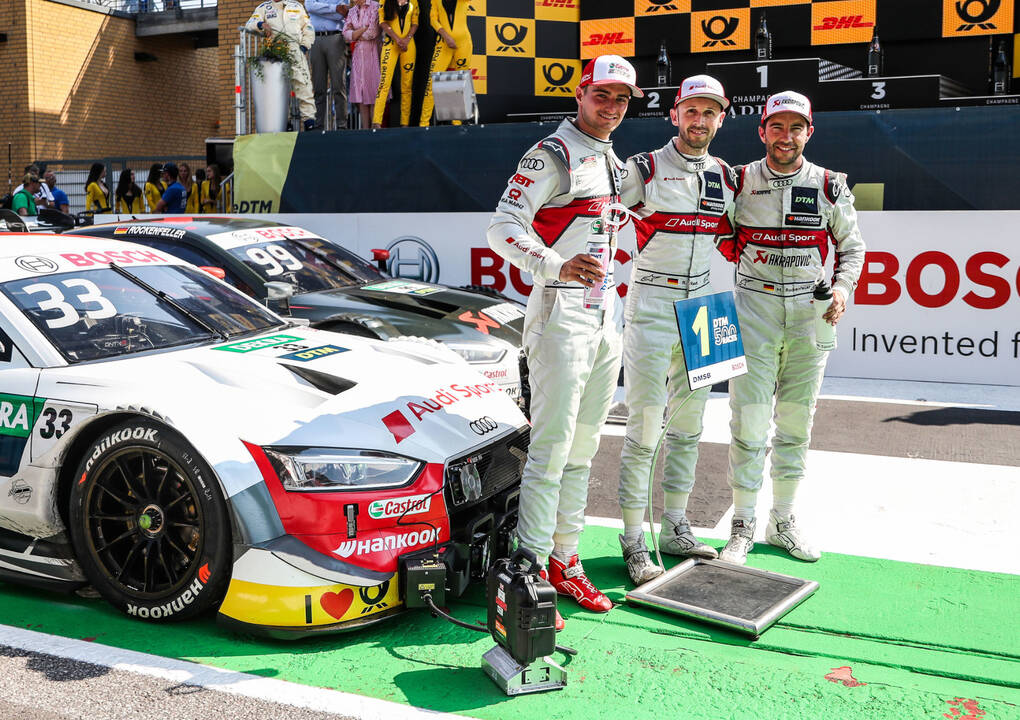 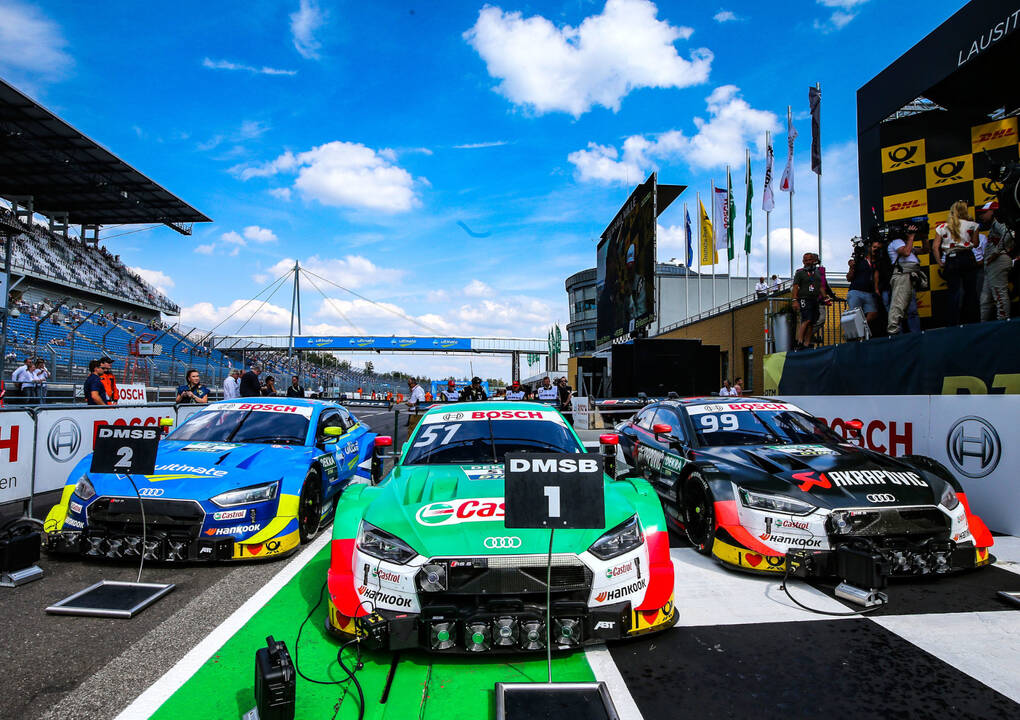 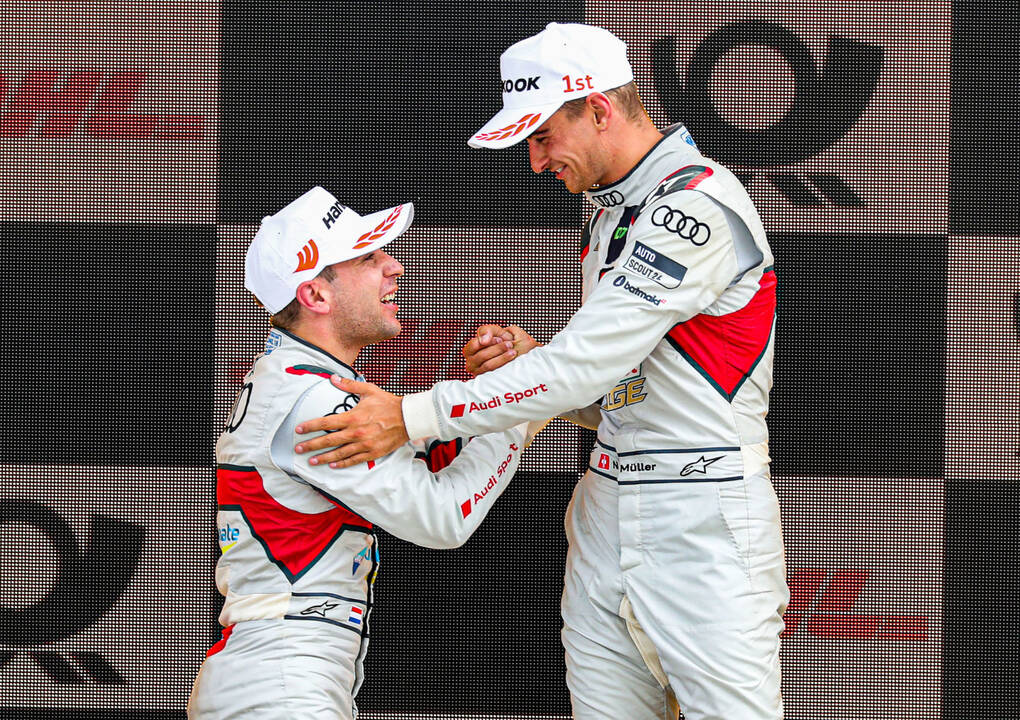 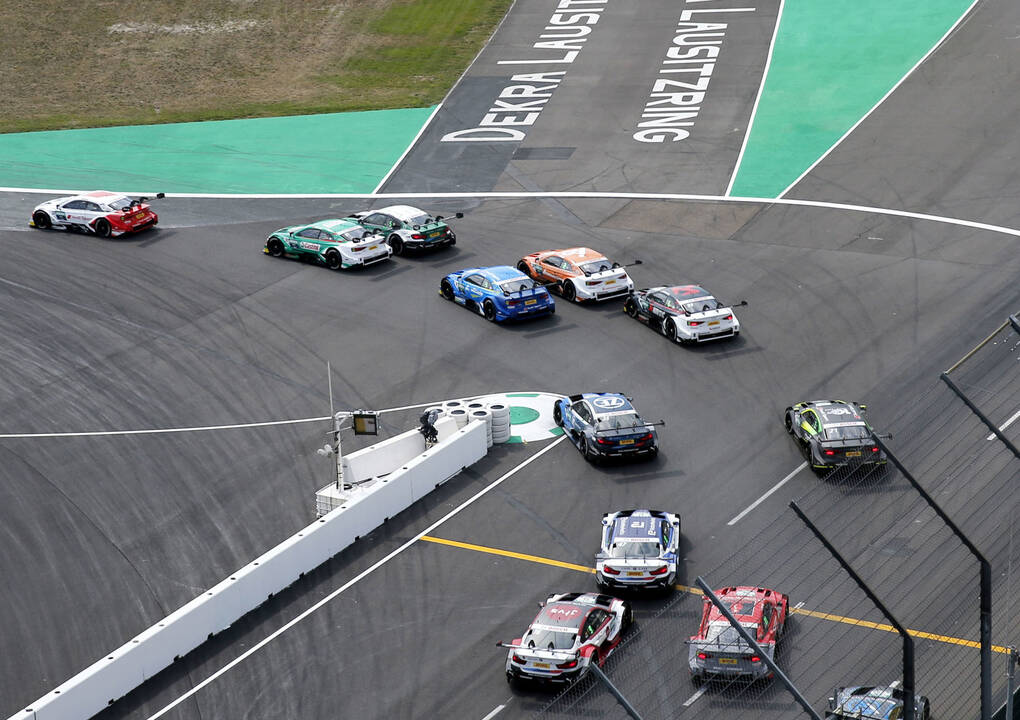 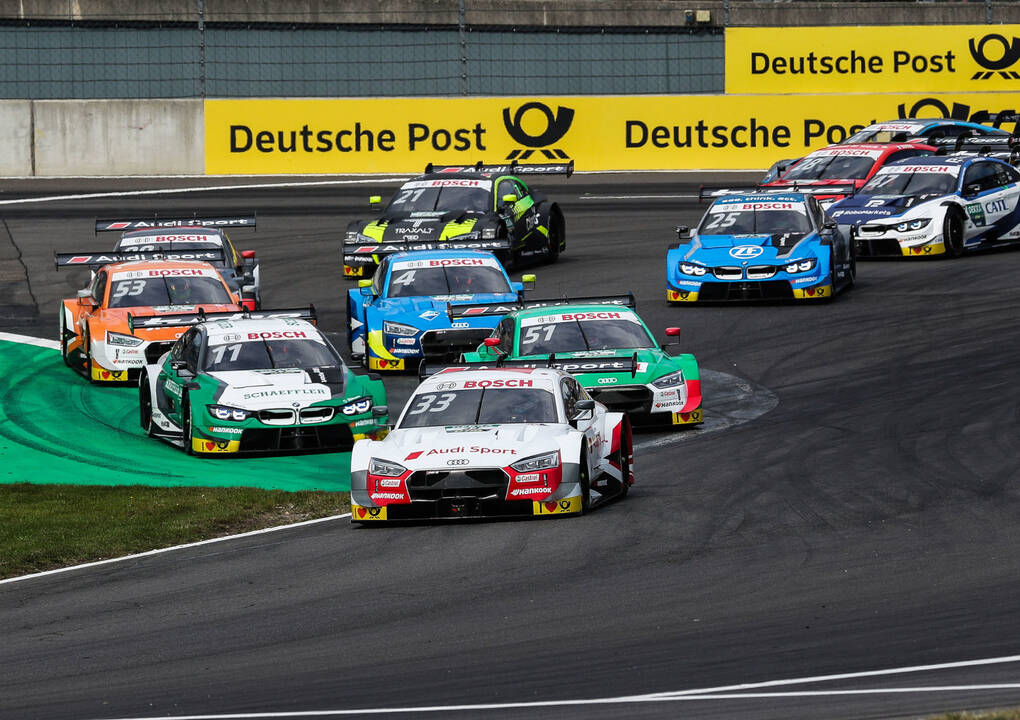 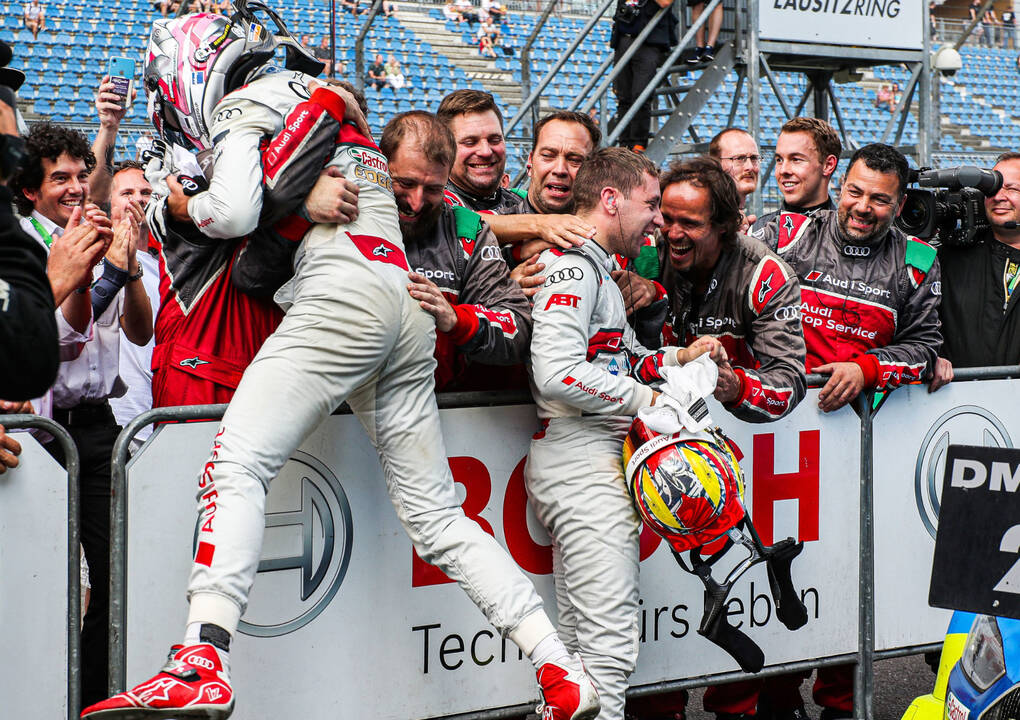 Following a one-two-three success in Saturday’s race at the Lausitzring, Audi is on the verge of winning the DTM manufacturers’ championship. In the drivers’ championship, Nico Müller, by having scored his second victory this season, reduced the gap to leader of the standings René Rast to 14 points and also showed a great performance on Sunday with second place.

“I finally had a good qualifying again today – not perfect, but good,” said the Swiss following his third victory in total in his DTM career. “From third on the grid, I was immediately able to improve to second position. Marco (Wittmann) was pretty strong at the beginning. But I also had the feeling that I was faster than René. When he started to have his problem I took the lead and afterwards was able to easily control the pace. I feel sorry about René. I would have rather battled with him on the track. But, obviously, I’m happy to take home the 25 points. We’re back in contention. I can hardly wait for racing to continue tomorrow.”

Müller, at the same time, continued his impressive string of finishes: The Swiss scored points in a DTM race for the 17th time in a row. His teammate, Robin Frijns, by claiming second place, caused the first one-two result of a team in the new turbo era of the DTM. The Dutchman pitted one lap before Marco Wittmann and managed to overtake the BMW driver after the latter’s pit stop. On clinching the one-two success, Team Audi Sport Abt Sportsline recaptured the lead in the teams’ championship.

“That we again finished in the top three with three cars is a fantastic achievement,” said Head of Audi Motorsport Dieter Gass. “Congratulations to Nico, who drove an impeccable race. Unfortunately, René was struck exactly by what I’ve always said: In the DTM this year, something can happen at any time and one should never feel too sure. He lost a possible 25 points today. Fortunately, all the other Audi drivers were there to prevent Marco Wittmann from benefiting from this to a greater extent. That was a strong team performance.”

After the 500th DTM race on Sunday the title race in the drivers’ and teams’ championships remains open. Audi Sport Team Abt Sportsline is currently 22 points ahead of Team Rosberg on position one.

Following his retirement on Saturday, DTM leader René Rast from Audi Sport Team Rosberg on Sunday celebrated victory in commanding style from fourth on the grid. “Winning the 500th race in DTM history is very special,” said Rast. “A big thank you from me goes to the guys in the pit lane who worked up until the early morning hours and gave me a perfect car again. It’s also great that Audi, with an extremely strong result, has won the manufacturers’ championship early – we have the strongest package this year.”

With his fifth victory this season, Rast extended his advantage over the runner-up, Nico Müller from Audi Sport Team Abt Sportsline, to 20 points. The Swiss was faster than Rast in qualifying, but dropped to tenth position at the start. “We already had a small problem with the clutch yesterday,” said Müller. “I’m happy to have fought back to second with an aggressive strategy and an early pit stop, and to have gotten off lightly.”