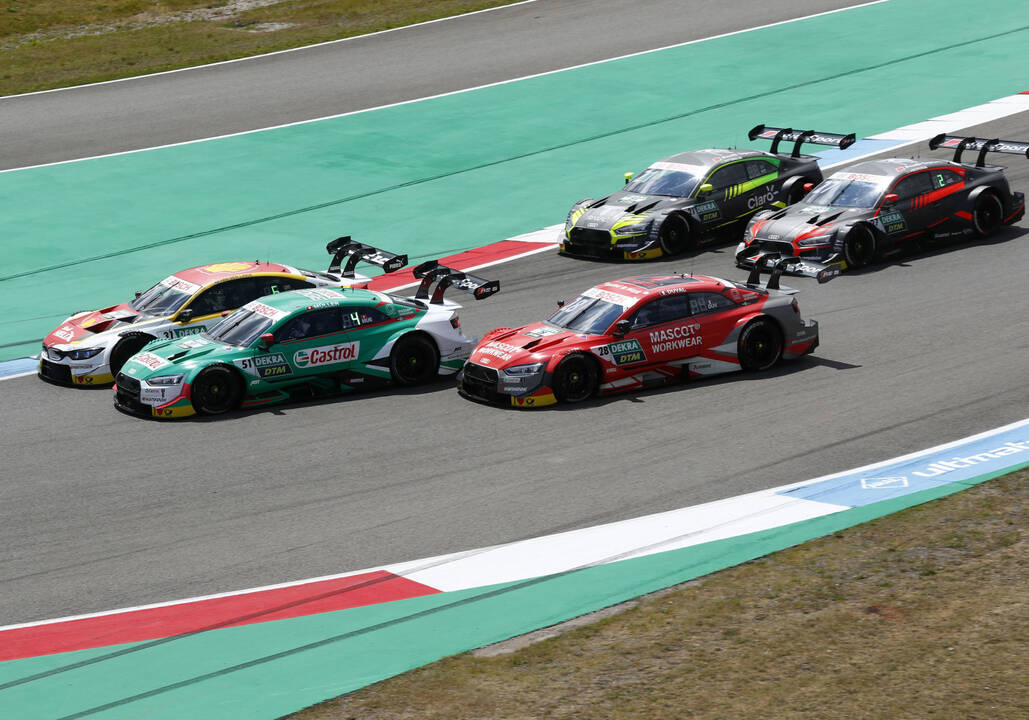 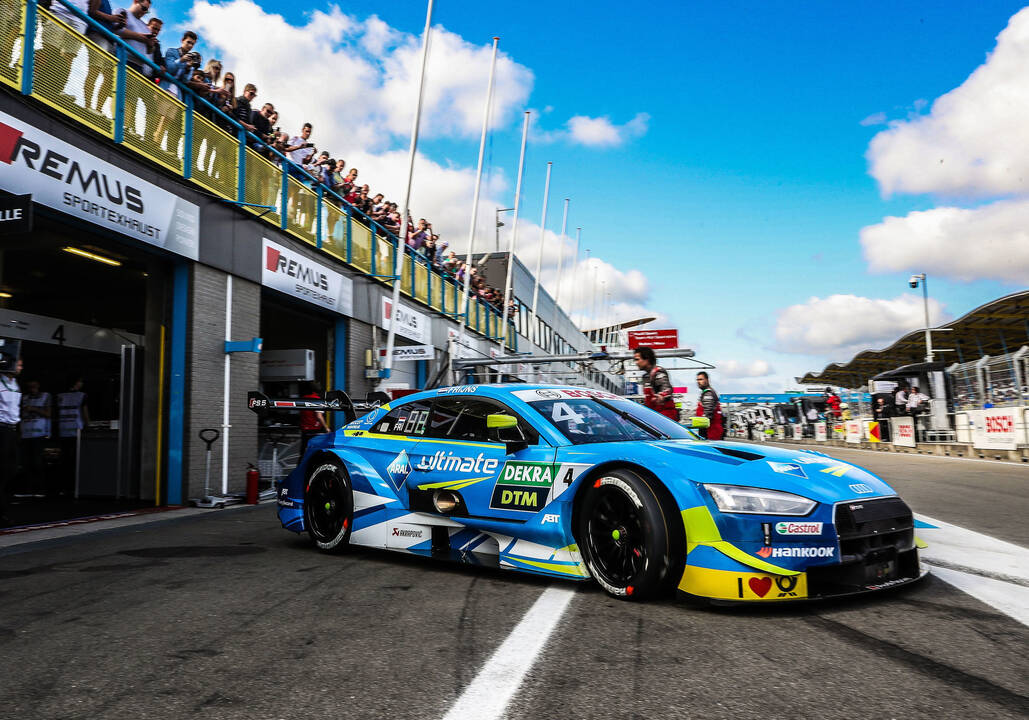 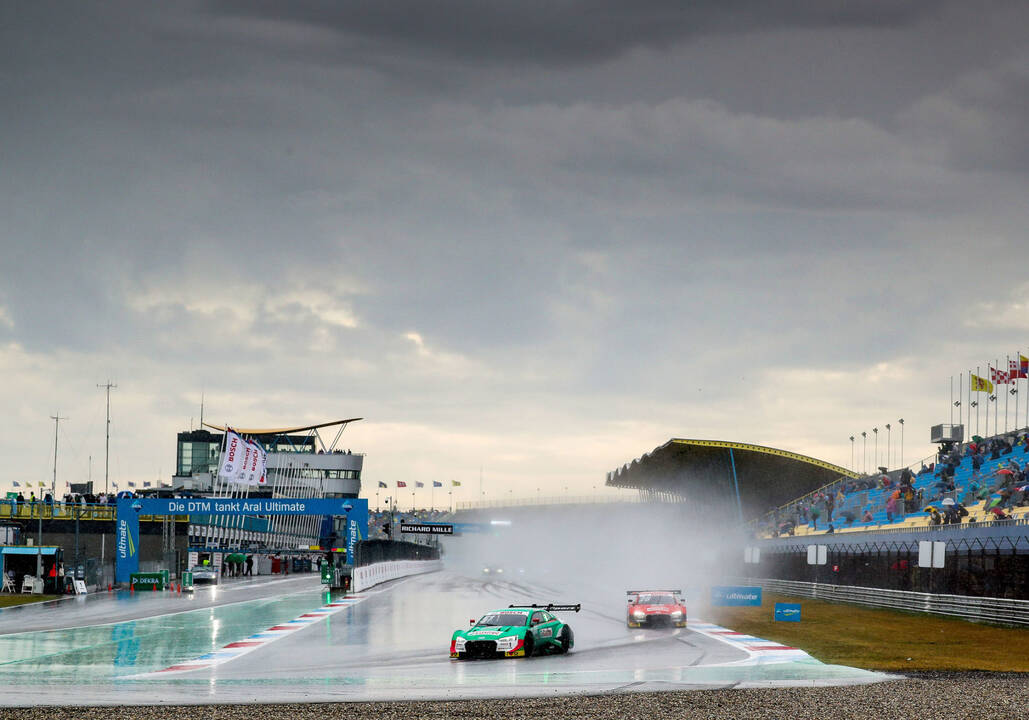 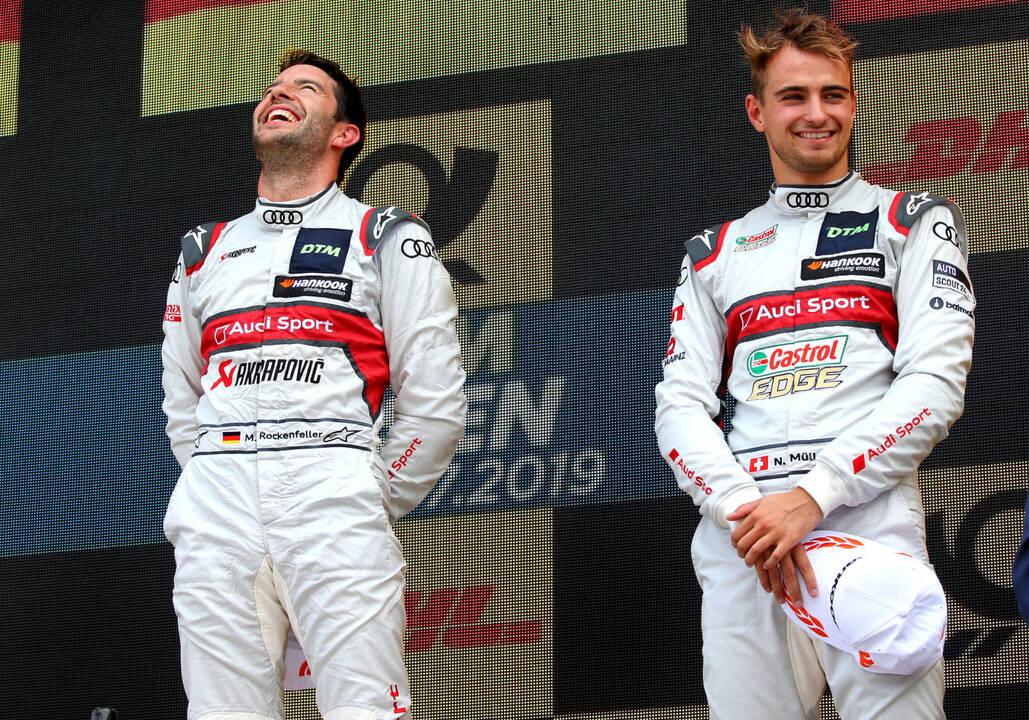 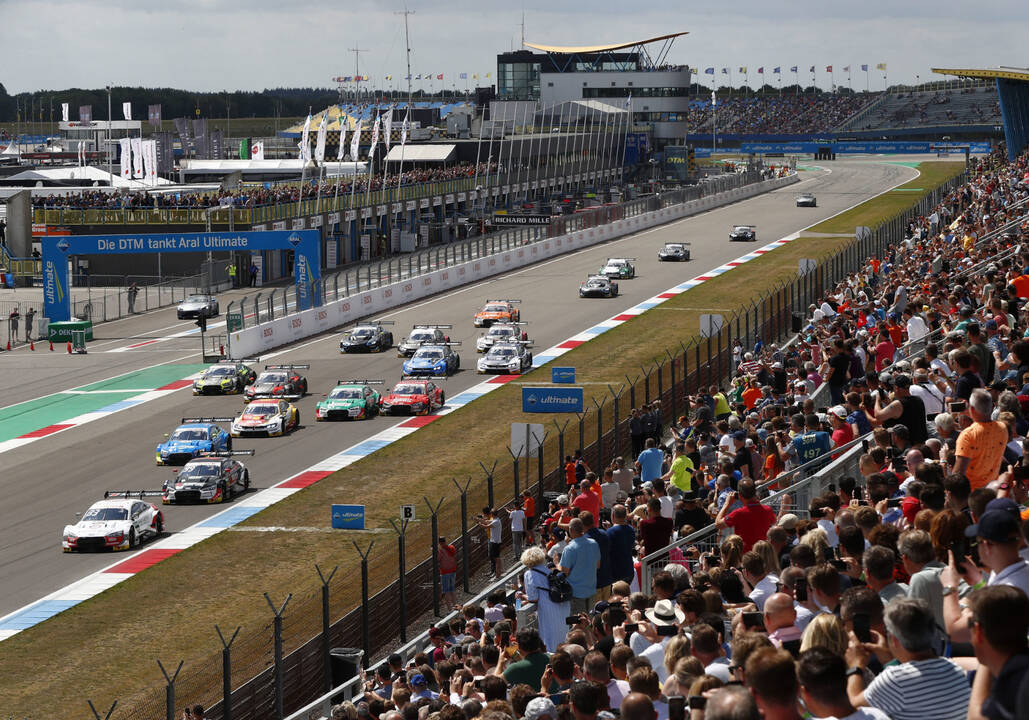 A spectacular DTM premiere at Assen in the Netherlands: Following the rain battle on Saturday, the spectators on Sunday got to watch a crazy tire thriller on a dry track of the famous TT Circuit. Nico Müller managed to reach the podium with third place.

However, even in Friday’s free practice, it was apparent that the tires are exposed to extreme stress on a dry track at Assen.

On saturday heavy rain made the first DTM race in the “Cathedral of Speed” tricky, especially in the early stage. “We had aquaplaning in many sections. It was difficult to keep the car on track,” said Nico Müller from Audi Sport Team Abt Sportsline, who on the first ten laps fought back from sixth on the grid to third position and finished with position two. “I lost a bit too much time to the leaders in the process.”

Müller changed tires only shortly before the end of the race and at the pit stop maintained first place in front of Marco Wittmann (BMW) and René Rast, who had been battling head to head for the lead straight from the start. “Unfortunately, it took a little longer than I was hoping to get the new rain tires to work. That’s why Marco got past me,” said Müller. “He deserved winning today.”

On sunday Nico Müller secured third position. During his pit stop, the Swiss lost a lot of time due to a problem on the impact wrench and in the end had to reduce pace because of an impending puncture. “A rear tire was already losing air, otherwise I could have still attacked Marco (Wittmann),” said Müller. “At the beginning, behind the other cars, I stressed my tires a little too much. That’s why I pitted earlier and was facing a long second stint. It was extremely difficult to keep the tires alive. In the end, it was a really close call. I’m very happy with two podiums this weekend.”

Robin Frijns finished with position six in the points.

“This was an incredibly action-packed race,” said Head of Audi Motorsport Dieter Gass. “I’m very happy for Mike and Nico, who in the end still had a puncture too. It was a fantastic race in front of a great crowd. I think the fans got to see a real spectacle today. We’ll definitely be delighted to return to Assen – not only because of our strong results today.”

Next up in the DTM is Brands Hatch on August 10 and 11. The tradition-steeped circuit on the outskirts of London is regarded as the most challenging race track of the year that all Audi drivers are already looking forward to.