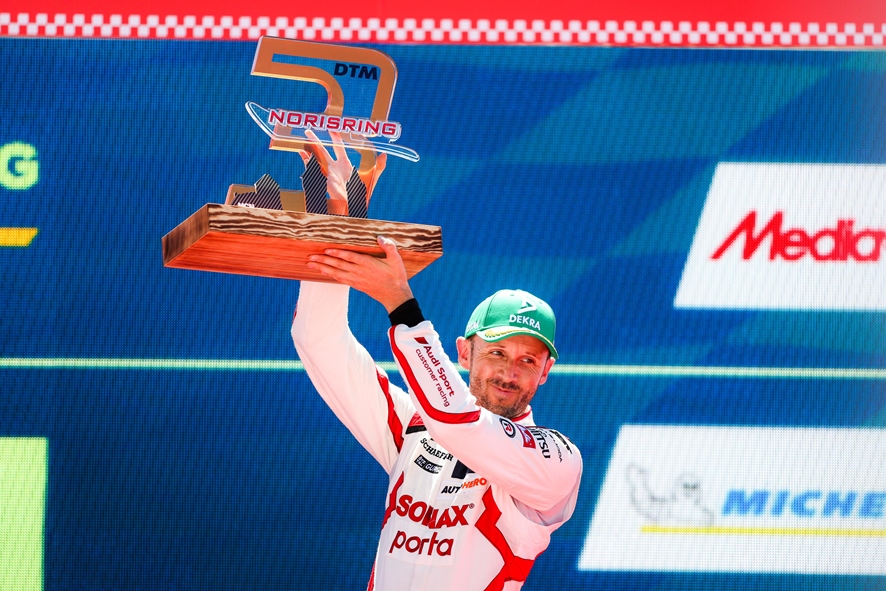 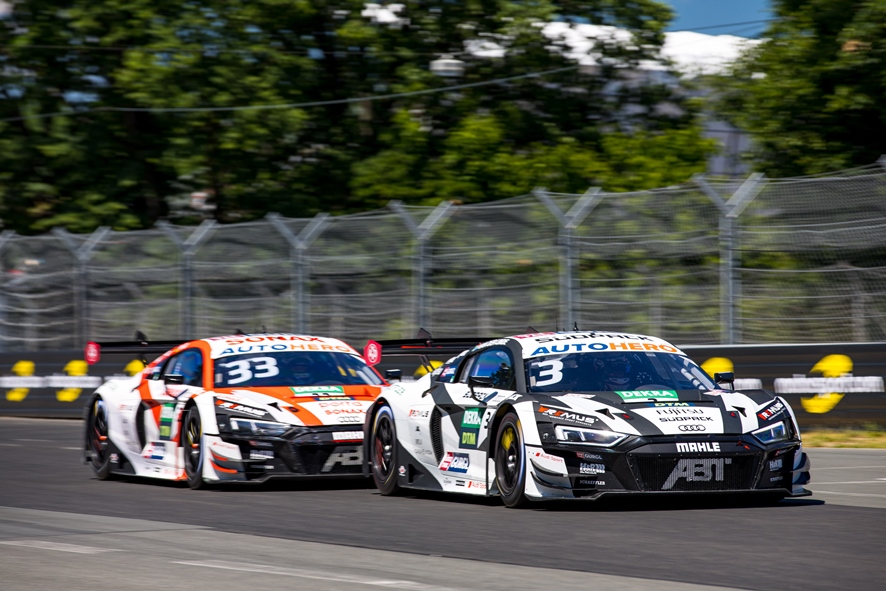 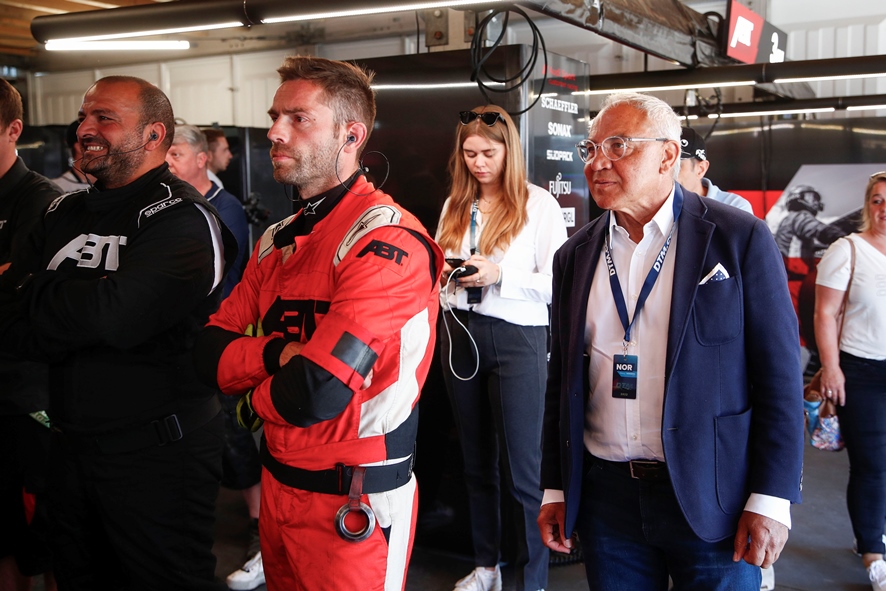 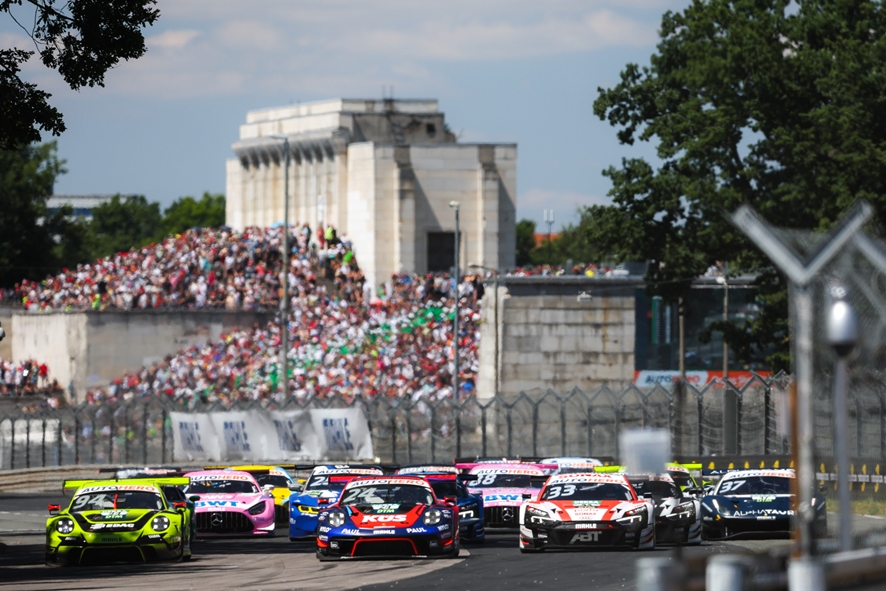 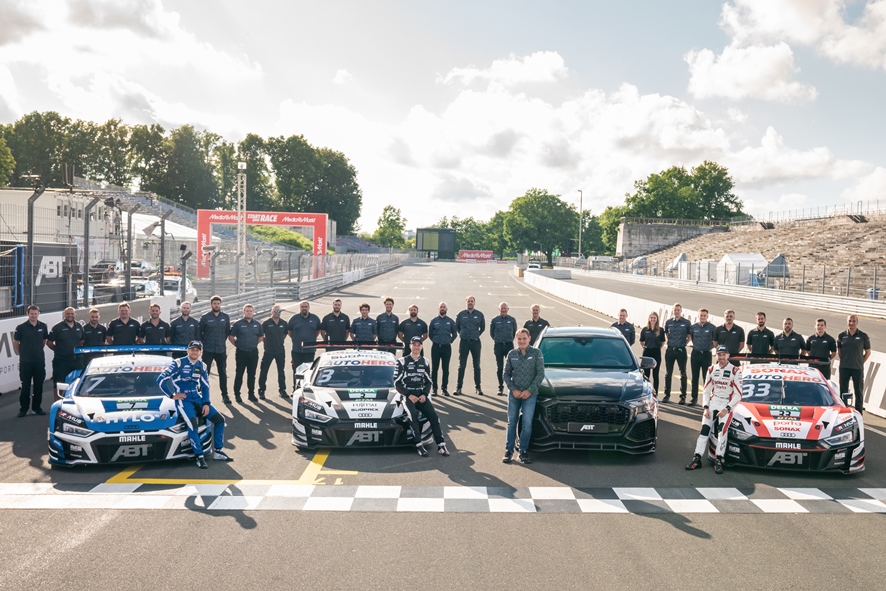 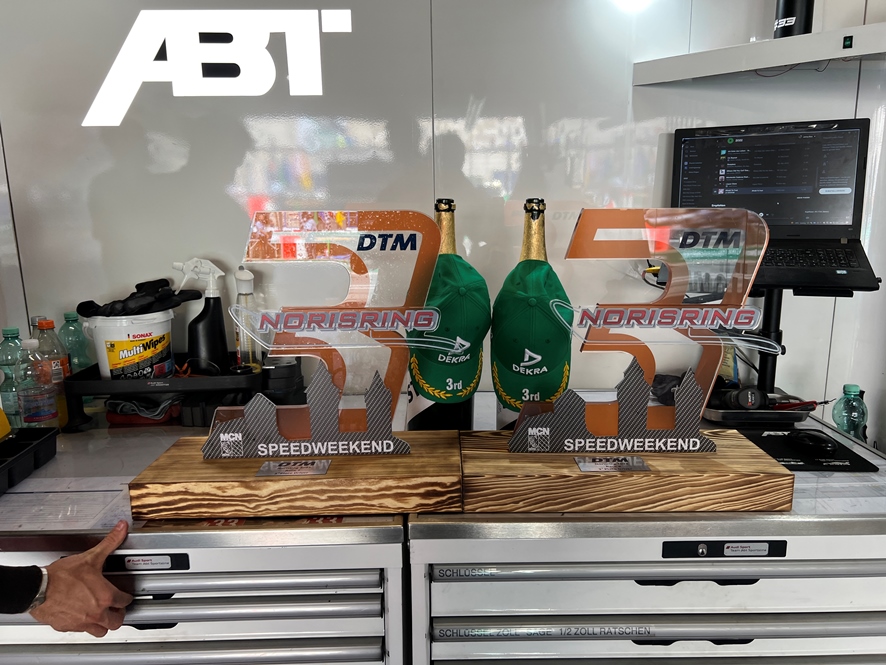 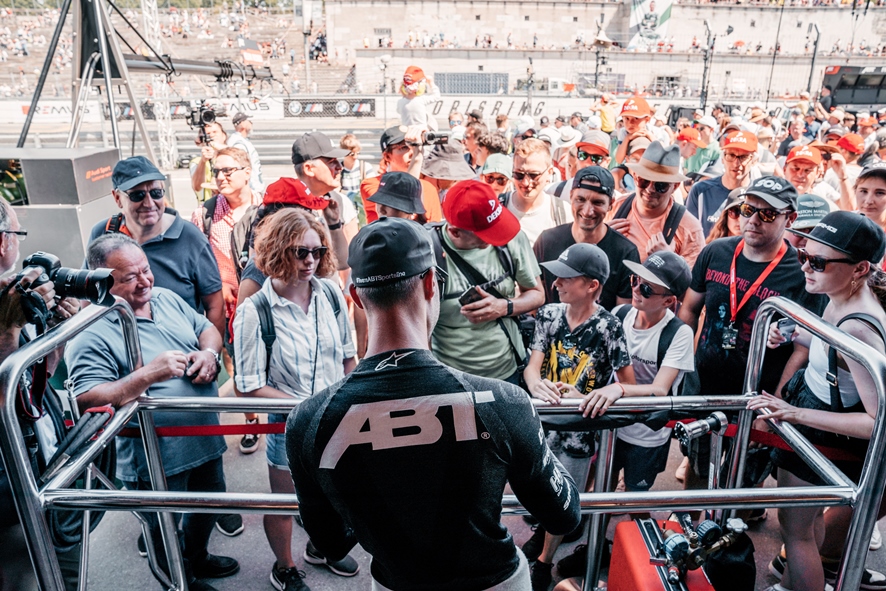 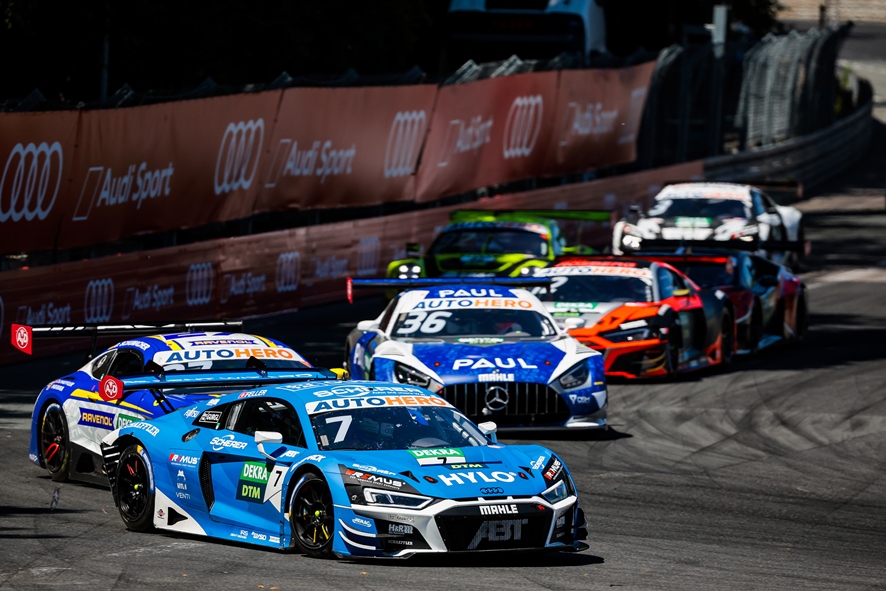 Double podium for ABT Sportsline at DTM home race

Scorching heat, packed grandstands, plenty of action on the racetrack and double reason to celebrate for ABT Sportsline: René Rast was the only driver to achieve a podium result in both races at the DTM season highlight at the Norisring and thus made a big step forward in the standings. After the first half of the season, the three-time DTM champion is only ten points behind championship leader Mirko Bortolotti (Lamborghini) and one point behind Sheldon van der Linde (BMW) in third place in the standings.

Team ABT Sportsline put in a strong performance at their home DTM race right from the start. In qualifying on Saturday, Kelvin van der Linde’s fastest time ensured the third pole position in a row for an ABT Audi R8 LMS GT3 evo II in the DTM.

However, in a chaotic Saturday race in which only eleven of the 27 drivers saw the chequered flag, van der Linde was attacked extremely hard and hit hard on the rear several times by competitors. In the process, his ABT Audi R8 LMS GT3 evo II was so badly damaged that van der Linde had to retire from the race early.

René Rast secured third place after a tough duel with Porsche driver Dennis Olsen, although his left rear tyre continuously lost air after the pitstop and Rast feared the tyre could blow at any time.

Ricardo Feller also scored points on his Norisring debut on Saturday in eighth place despite 25 kilograms of extra weight. On Sunday, the Swiss experienced a similar early phase as Kelvin van der Linde on the previous day: after several hits at the rear, the Swiss had to retire.

Kelvin van der Linde did not see the chequered flag on Sunday either. The second gear of his car got stuck shortly before the end of the race.

René Rast, meanwhile, improved from sixth on the grid to third, making him the only driver to achieve a double podium at the Norisring weekend. His race engineer Felix Fechner then formed Rast’s starting number 33 from the two Norisring trophies in the pits.

ABT Sportsline’s tally at half-time: two wins (Rast and Feller), three pole positions, a total of five podiums and best chances in the title fight.

After a long summer break, the second half of the season begins on the last weekend in August at the Nürburgring. A total of eight more races are scheduled before the champion is crowned on 9 October at the Hockenheimring.

Quotes after the DTM races at the Norisring

Thomas Biermaier (Team Principal): “After this Norisring weekend, I have one laughing eye and one crying eye. The laughing one: We have reduced the gap to the front with René. He had two very strong days here. Once again you saw all his class and routine, especially in the first race on Saturday: He was clever in keeping out of everything and had good restarts. Kelvin showed what he is capable of with his pole position on Saturday. But things are just not going well for him at the moment. Ricardo did a solid job on his Norisring debut. Unfortunately, he was pushed on Sunday and the race was over for him. Our half-time results are quite satisfactory. We are in the fight for the championship – and that was exactly our goal for the first half of the season.”

Kelvin van der Linde (ABT Audi R8 LMS GT3 evo II #3): “Saturday was positive with the pole position. I was very happy after qualifying. A thank you to my team for doing such a great job on my car. Unfortunately, afterwards it was back to normal as it is this year. But there is a long break now. We will work hard to fight back in the second half of the season.”

Ricardo Feller (ABT Audi R8 LMS GT3 evo II #7): “Basically, I have to say: a cool track and a cool event – with the many cars on the short track, however, also quite chaotic. On Saturday I got through more or less well and scored points despite the extra weight. Unfortunately, I had bad luck on Sunday. The race was over early. But we will come back strong after the summer break. The guys are just doing a superb job!”

René Rast (ABT Audi R8 LMS GT3 evo II #33): “You can almost say a perfect weekend: on the podium twice, third in the championship, only ten points behind the leader. I am very satisfied. The team did a great job again. The pit stops were great. And the atmosphere with the many fans at the Norisring was just fantastic. Now I’m going to enjoy the summer break. I hope it continues like this in the second half of the season.”