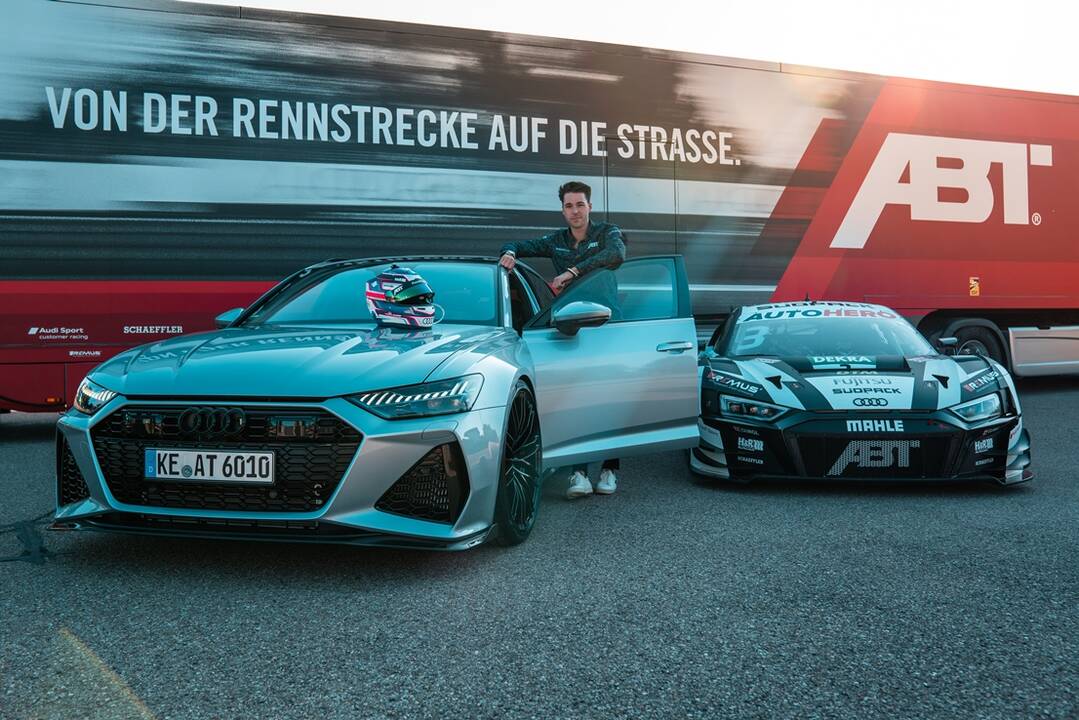 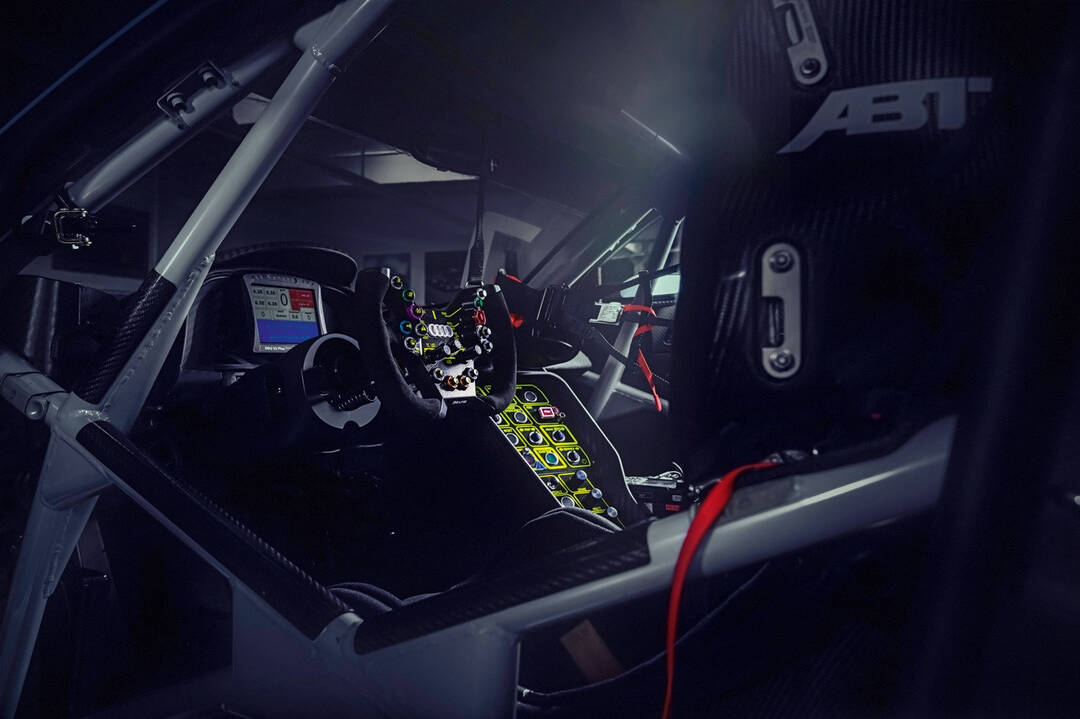 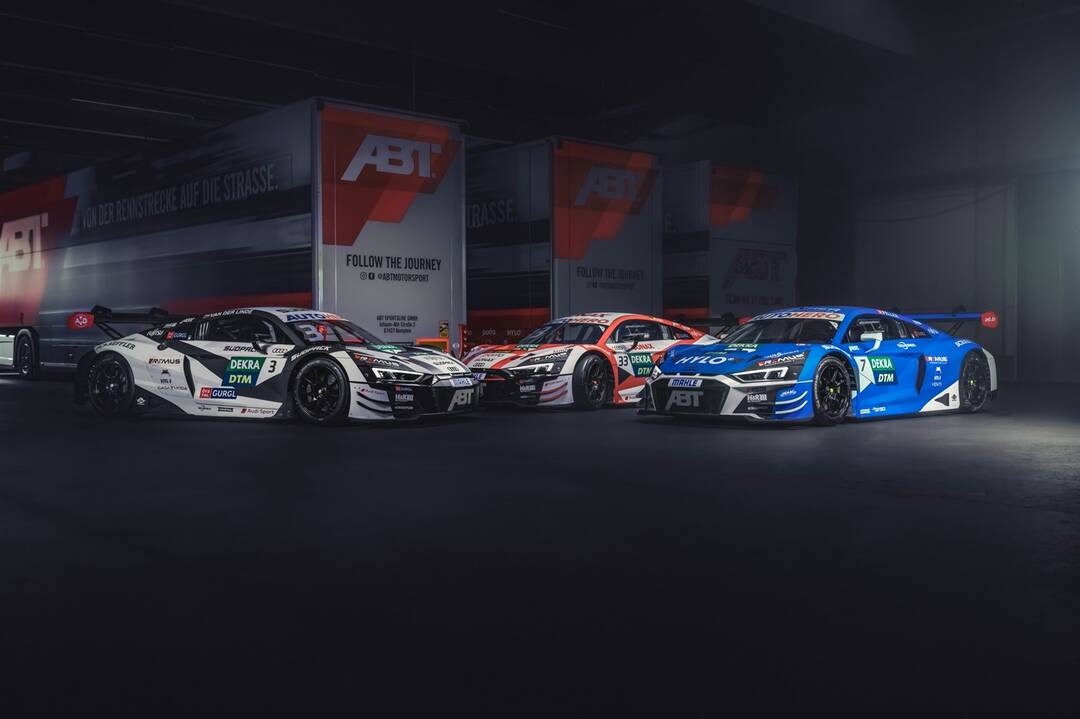 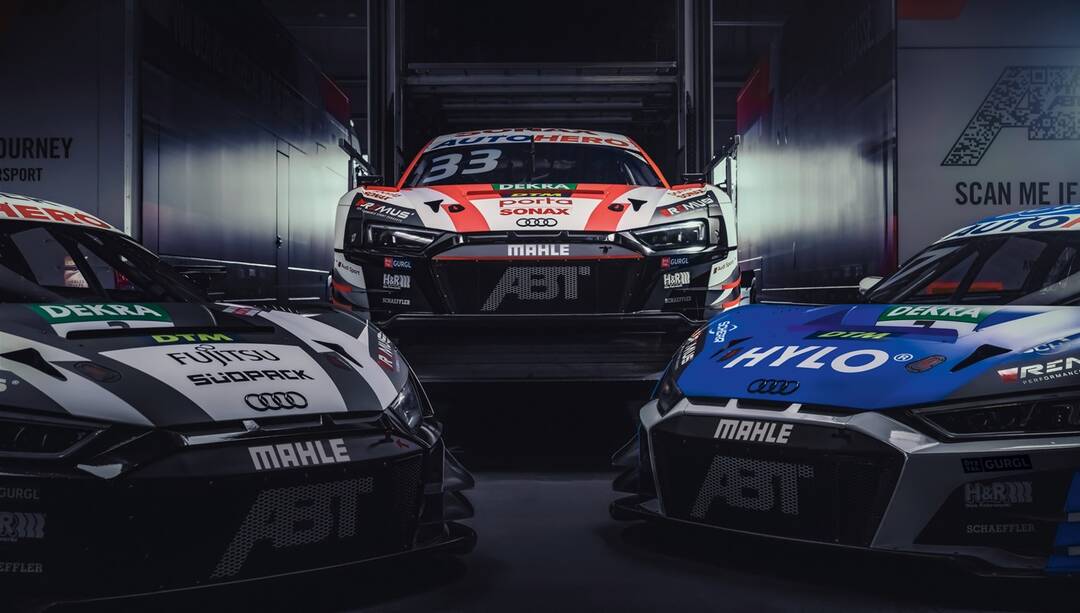 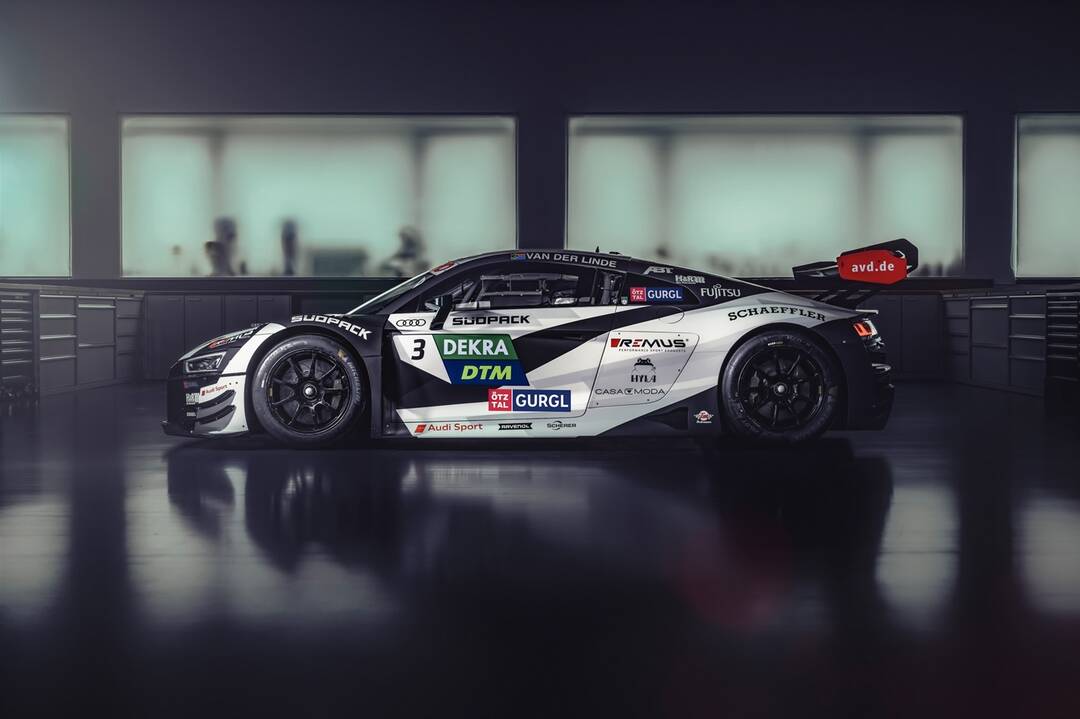 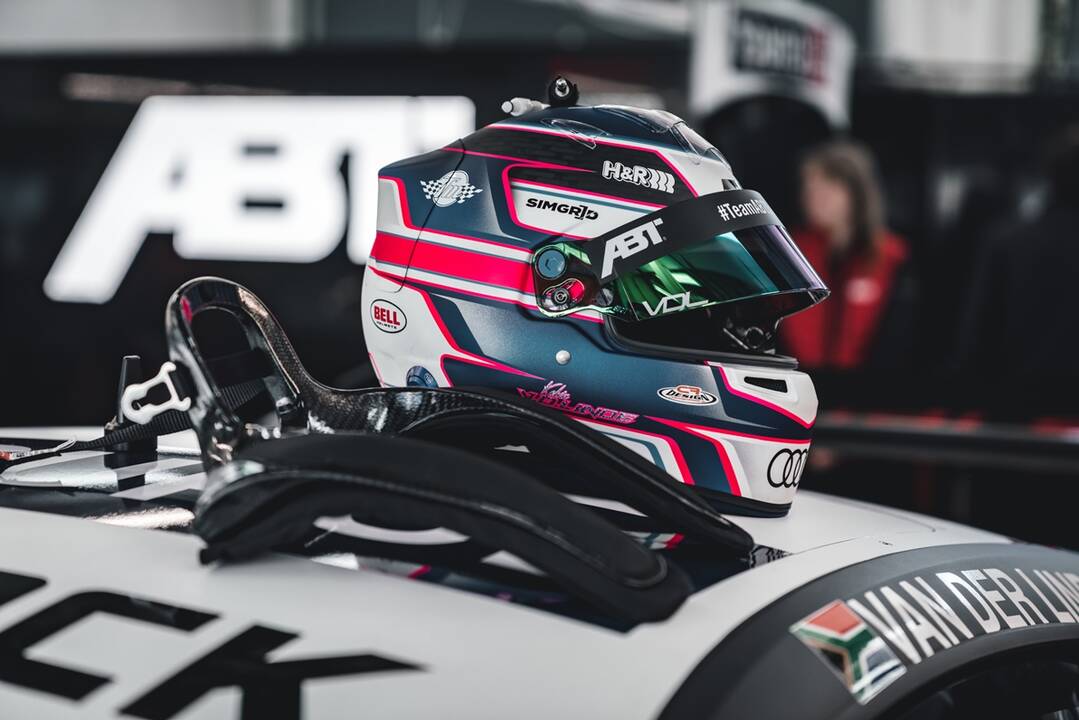 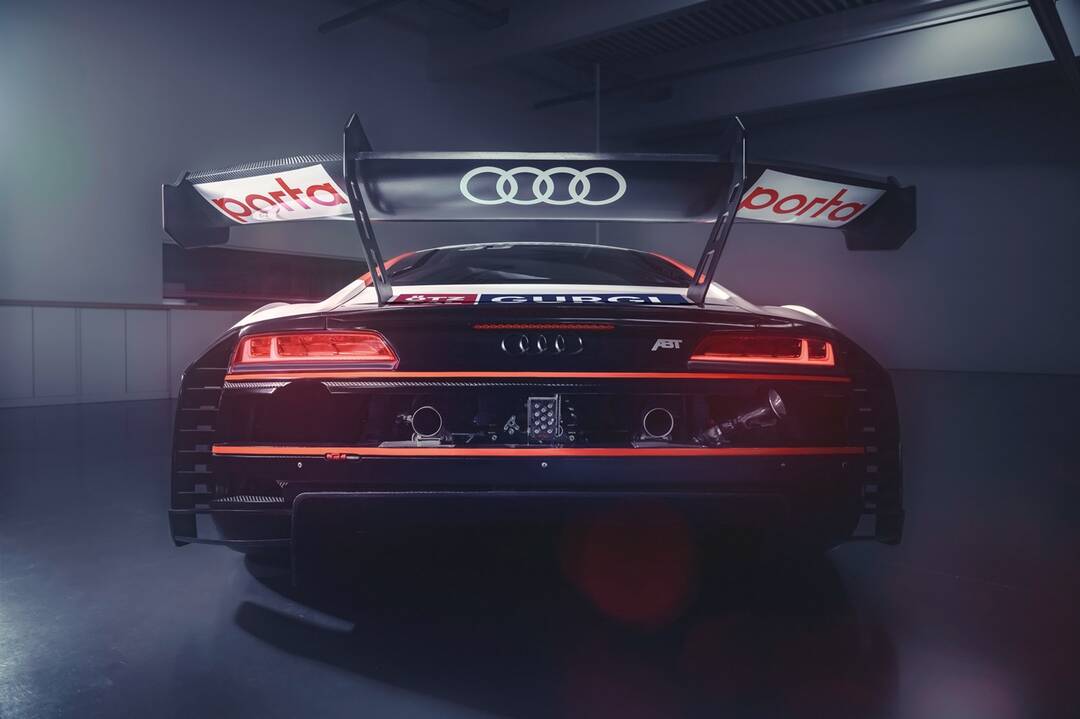 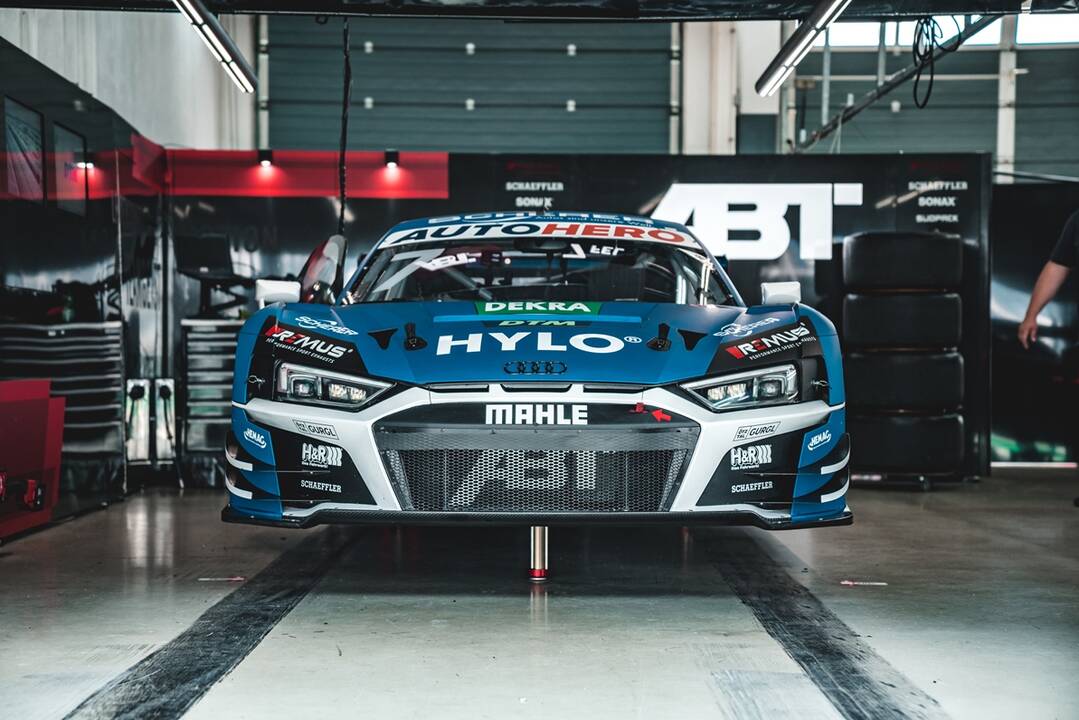 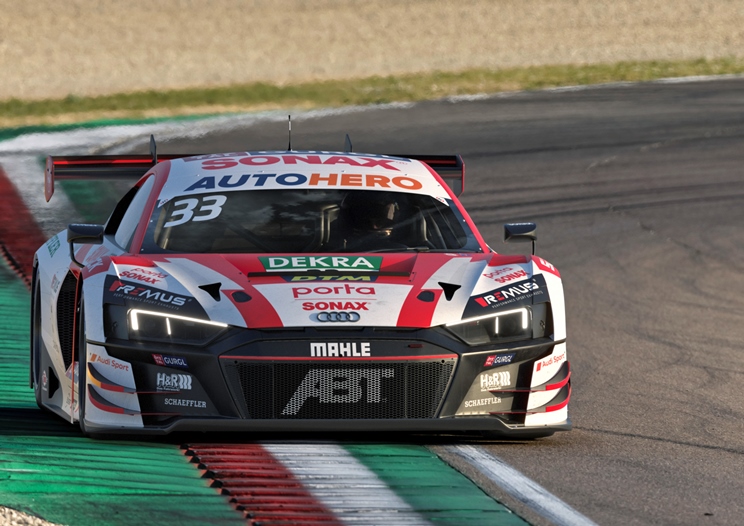 Kelvin van der Linde: “You can feel the passion of the ABT family for motorsport”

The DTM will be racing at Imola in Emilia-Romagna next weekend (Saturday and Sunday, both races from 1 PM CEST on ProSieben). Kelvin van der Linde will not be travelling by plane to “Bella Italia” this time. The South African, who lives near Kempten, has been provided with an ABT RS6-S by his team, in which he sets off from Kempten on his way to Imola. His brother Sheldon accompanies him on the road trip. The two have created quite a few headlines in recent weeks.

Congratulations on winning the 24-hour race at the Nürburgring. How important was this success after the difficult DTM weekend at the Lausitzring?

A victory in this race is always something very special. For me, it was the second victory at the Nürburgring after 2017. I know by now what great importance this race has in the German motorsport scene and how difficult it is to win the thing. After the low at the Lausitzring, the victory was of course perfect to get my confidence back and to know that I haven’t forgotten how to drive. Sometimes you need that kind of motivation in this rollercoaster ride through the motorsport world.

How many congratulations did you get?

I was really surprised. It’s crazy how much there is on social media these days, especially on Instagram. Unfortunately, it’s impossible to answer all of that in person. I can only say a big thank you to the fans.

Now it’s back to the DTM. Have you found out what happened at the Lausitzring in the meantime?

Yes – and first of all I have to thank the team. It showed once again how strong this team is. Nobody doubted me. We sat down together in the company first thing on Monday morning and discussed how to find out what the problem was. The first suggestion was that we go testing, which is extremely difficult at the moment because there are no tyres. But we did it anyway and went to Hockenheim with four mechanics. We did it super-small, but at the end of the day, good things came out of it. We found out that there was a knot in the Lausitzring set-up. We found that out first thing in the morning and I went into the pits with a grin on my face. From that moment on, I was sure that things would go forward again at Imola. We now know what things we have to pay attention to, especially with the new evo package and hope that something like what occurred at the Lausitzring won’t happen to us again.

You probably also realised at the Lausitzring that you can’t afford the slightest weakness in the 2022 DTM season.

Quite clearly. We’re talking about details that might bring three tenths of a second. But these three tenths of a second that I was missing compared to Ricardo (Feller) and René (Rast) make up ten, twelve places. Last year, you might still have been able to finish in the top ten or even in the top five. This year, everything really has to be perfect on both sides: the driver, as well as the car. But as I said, the Lausitzring has made us even stronger. As a team, we didn’t start doubting each other, but looked at the facts and tried to find a solution. That was strong and positive.

Is qualifying even more important in the DTM this year than last year?

Especially when it comes to strategy. There are a lot of new things like the safety car periods. If you start farther in front, you enjoy a certain priority in pit stop planning. It’s good to start at the front, because overtaking is not easy. If you start as far back as I did at the Lausitzring, chaos is inevitable. Then you’re suddenly in the gravel or you’re missing something on the car. You should definitely try to get into the top ten in qualifying.

You mentioned your teammates Ricardo Feller and René Rast. What is their impression after the first two DTM weekends together?

Very positive! I didn’t know Ricardo very well before and I have to say, he’s a really great person. We get on extremely well, even off the track. We also fit in terms of age. In comparison, René is already an old fox. I have a lot of fun with both of them. Of course, each of us wants to be the best ABT driver or the best Audi driver. That’s clear. But I think it’s nice that we can draw a line there and laugh and have fun together besides motorsport.

You have already won a race in Imola this year with the evo II version of the Audi and also tested there before the season started. What can the fans look forward to?

I was very excited when I heard that we were racing at Imola with the DTM. This track, which also suits my driving style very well, is a personal highlight for me. I have already won there twice. I’m really looking forward to the weekend. It will also be mega for the fans. Summer is starting, the weather is getting nicer – to be in Italy in such a beautiful area at this time is terrific.

You are driving a very special car to Imola, an ABT RS6-S. Are you looking forward to the road trip?

Yes, very much. Firstly, because I've never driven an RS6 before. That will be a highlight! But I’m also looking forward to enjoying the beautiful scenery and maybe some nice food along the way. That will be a very special start to the race weekend.

What can the ABT RS6-S do better than the Audi production model?

You can clearly feel the passion that the ABT family has for motorsport in this car. There are many details, such as the many carbon elements, which I particularly like as a racing driver. And as a racing driver I also want performance, which is not in short supply. I’m very grateful to be given such a great car for the road trip to Imola.

You usually go to the DTM races together with your brother Sheldon, who won both races at the Lausitzring. What was the return journey like?

We went back straight away on Sunday, because we only had Monday to do our laundry before the Nürburgring week started. So, there was no time to celebrate that. He was giving off good vibes in the car, of course. We listened to some music and chatted a bit. I was very happy for him that he got the confidence back that he used to have in the past after a difficult year for him. The fact that we both won three of the biggest races that there are in Germany within two weeks is a proud moment for two brothers. I don’t know if that has ever happened before. We have already organised a Mallorca trip for the summer break and will then really step on the gas and catch up on the celebrations.

Quotes before the DTM races at Imola

Thomas Biermaier (Team Principal): “We scored our first points at Portimão and our first podium at the Lausitzring. There can only be one goal for Imola: the first win of the season. But, of course, we know how extremely difficult that is in the DTM this year and that you can already be happy if you are consistently at the front. As always, we have prepared well. We tested the evo II at Imola before the start of the season and learned a lot about the car again at the test in Hockenheim. It was important to build Kelvin up again after the Lausitzring. I think we managed to do that together and of course his victory at the 24-hour race was good for him. Imola suits him and I also expect strong performances from René and Ricardo there again.”

Kelvin van der Linde (ABT Audi R8 LMS GT3 evo II #3): “I was very happy when I heard that the DTM would be racing at Imola. This track, which also suits my driving style very well, is a personal highlight for me. I have already won there twice. I’m really looking forward to the weekend. It will also be mega for the fans. Summer is starting, the weather is getting nicer – to be in Italy in such a beautiful area at this time is terrific.”

Ricardo Feller (ABT Audi R8 LMS GT3 evo II #7): “I am really looking forward to the Imola weekend. We’ve had a two-week break now. That was good after the intense start to the season. I really like the track at Imola and there are worse places to race than in Italy. The anticipation is great and I hope that we can make another good step forward – like we did from Portimão to the Lausitzring.”

René Rast (ABT Audi R8 LMS GT3 evo II #33): “This is my first time that I’ll be racing at Imola. We were there for testing at the beginning of the year. So, I’ve already done a few laps and I have to say it’s a very cool track – also marked by history, of course. I remember watching Ayrton Senna’s accident live on TV. I’m really looking forward to race there. The Audi seems to have done very well at Imola in the other racing series. I hope we can pick up where we left off at the Lausitzring.”

... the long-standing partner of ABT Sportsline invited Italian employees and sales partners of HYLA to Imola?

... the ABT DTM Photo Challenge is heading into its next round at Imola and there will be a hand hoover from ABT and HYLA, an ABT chronograph and the “125 years of ABT” book up for grabs at every DTM weekend?

... in the end-of-year competition of the ABT DTM Photo Challenge, three HYLA Aeras, three laptops from FUJITSU and three car reconditioning kits from SONAX are up for grabs?

... photographer Frederick Unflath did a photo shoot with the three ABT Audi R8 LMS GT3 evo II cars in Kempten and the result can be seen in the current issue of uptrend magazine?

... the lifestyle magazine from ABT Sportsline comes with a special on the 2022 DTM season? The magazine is distributed free of charge to fans at all DTM races.

... Kelvin van der Linde will also set a time in the simulator of ABT partner Schaeffler in the paddock at Imola that DTM fans can measure themselves against?

ABT events for the media