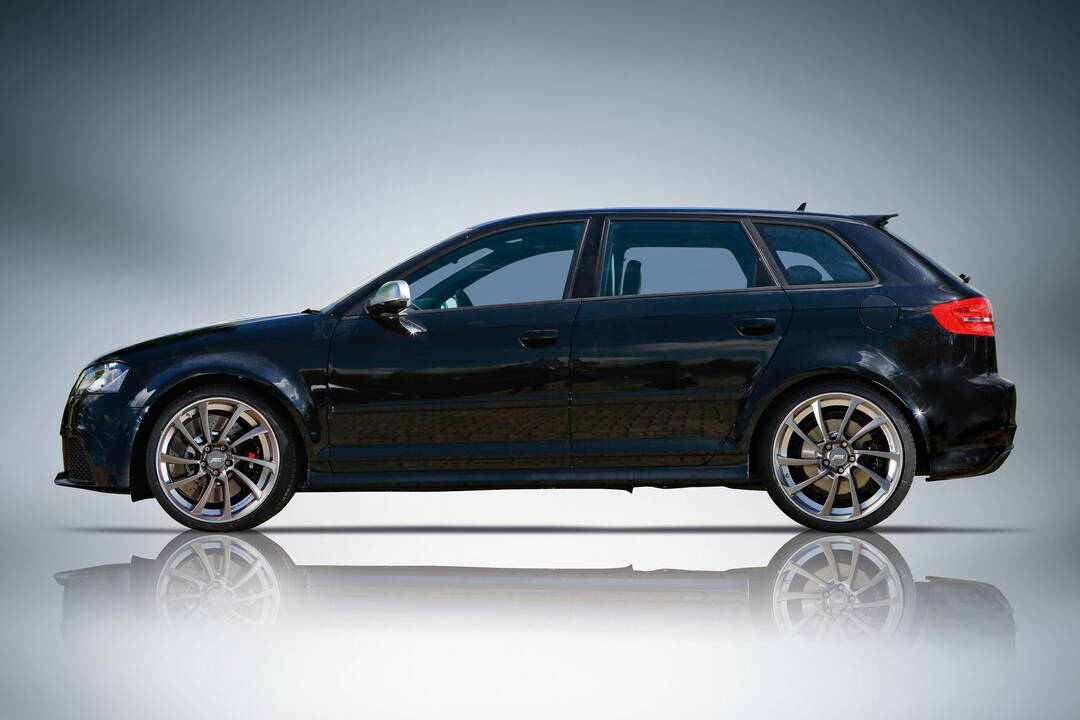 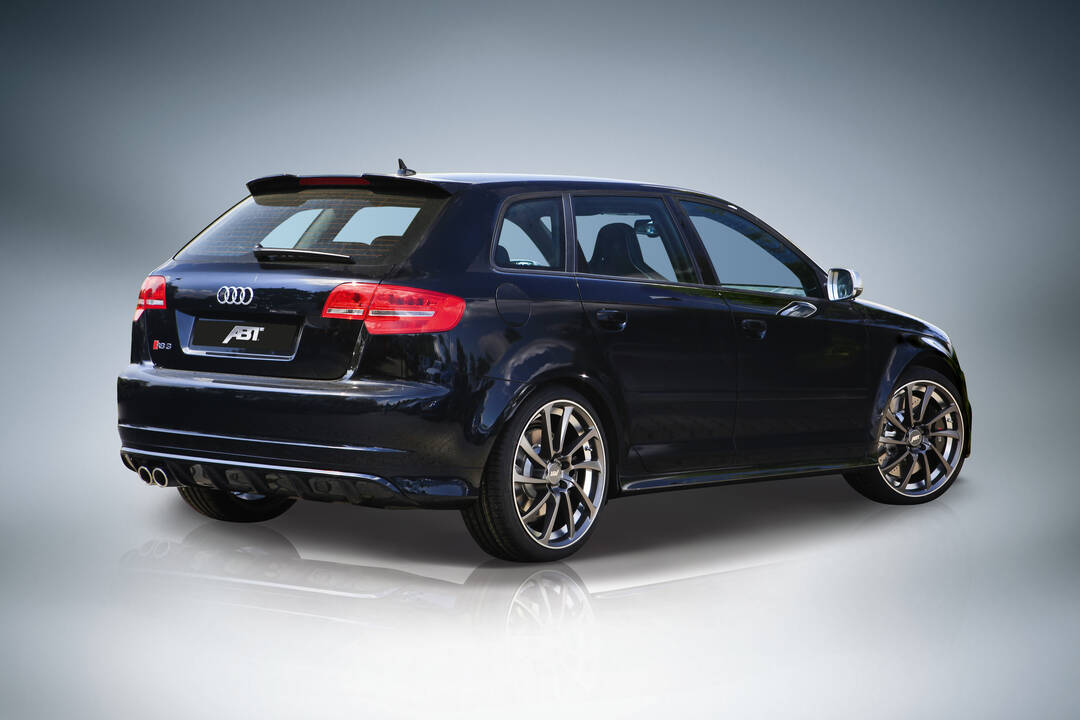 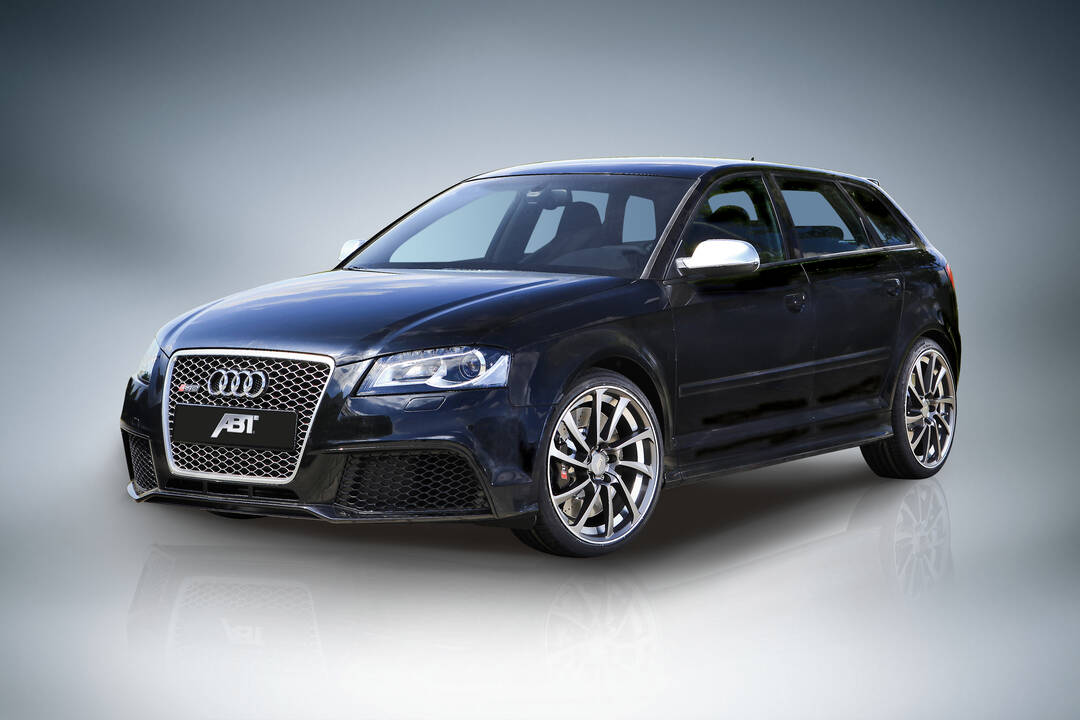 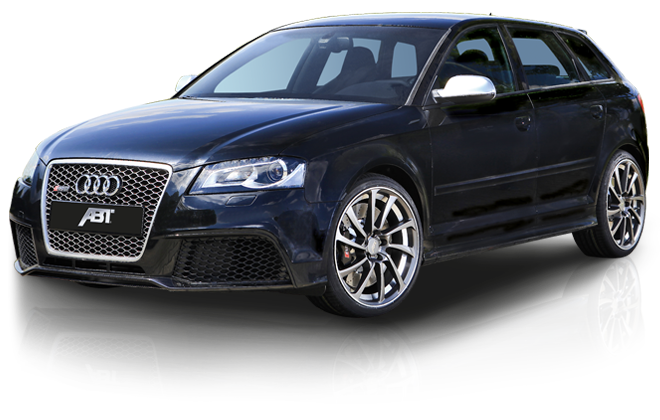 Well, it can hardly be called “cute”, can it?! The RS3 is chunky and chic and damned fast, too. “A car to which there is even more than meets the eye, and that is quite a feat,” says Hans-Jürgen Abt, CEO of the globally largest tuner of cars produced by the Volkswagen Group. Highlighting what is special about this new car, he continues “If you are into understatement you get a car that is simply elegant. It is easy to handle in narrow streets and you can also burn rubber.“ Even more so when the ABT Sportsline engineers have also tuned up its performance: 100km/h in four seconds? No problem whatsoever. And certainly enough to keep one’s pole position, don’t you think? And it only stops at 270 km/h. In contrast to its series-production counterpart, the ABT RS3 has no cut-off. Or, as Hans-Jürgen Abt explain: “It was our engineers’ top priority that this car shows a top performance at high speeds, too. If you look at the performance chart, you can see that it is very powerful even near the limit.“ After all, for ABT the RS3 stands for high-speed magic.

The ABT RS3 has power – lots of power. But it uses its power discretely if you are driving through town or leisurely elsewhere. If, however, you want to go at full throttle, in its most powerful version it will turn into a racing car. With its POWER S technology, that is, the ABT turbocharger and a modified motor management, the five-cylinder engine, 2.5l cc, produces no less than 470 hp (346 kW), that’s more kW than the series-production’s horsepower (340 hp/250 kW). 630 Nm (torque; series-production: 450) mean a massive thrust and superiority all over. The RS3 has the same fuel consumption and CO2 emission rate as the basic version. Again, the ABT engineers’ work was perfect. But you don’t need the most powerful version to get fun. ABT POWER does also give you a lot. The 2.5 TFSI strong 420 hp (309 kW) engine’s performance is certainly enough to outrace all others and let them catch a glimpse of the 2-pipe stainless steel ABT exhaust system.

The RS3 simply needs the ABT light alloy wheels. “19 inches are perfect for this car,“ says Hans-Jürgen Abt. He likes the DR with its expressive Gun-Metal look best, but, of course, BR and CR also fit this car perfectly. And all light alloy wheels are also available in complete sets. Finally: high-performance tyres are extremely important for such a fast car.  255/30 R19 on the front axle, 225/35 R19 on the rear one. The ABT RS3 on DR wheels has a real presence then – on the road, too! It’s simply high-speed magic.

More information about the ABT RS3