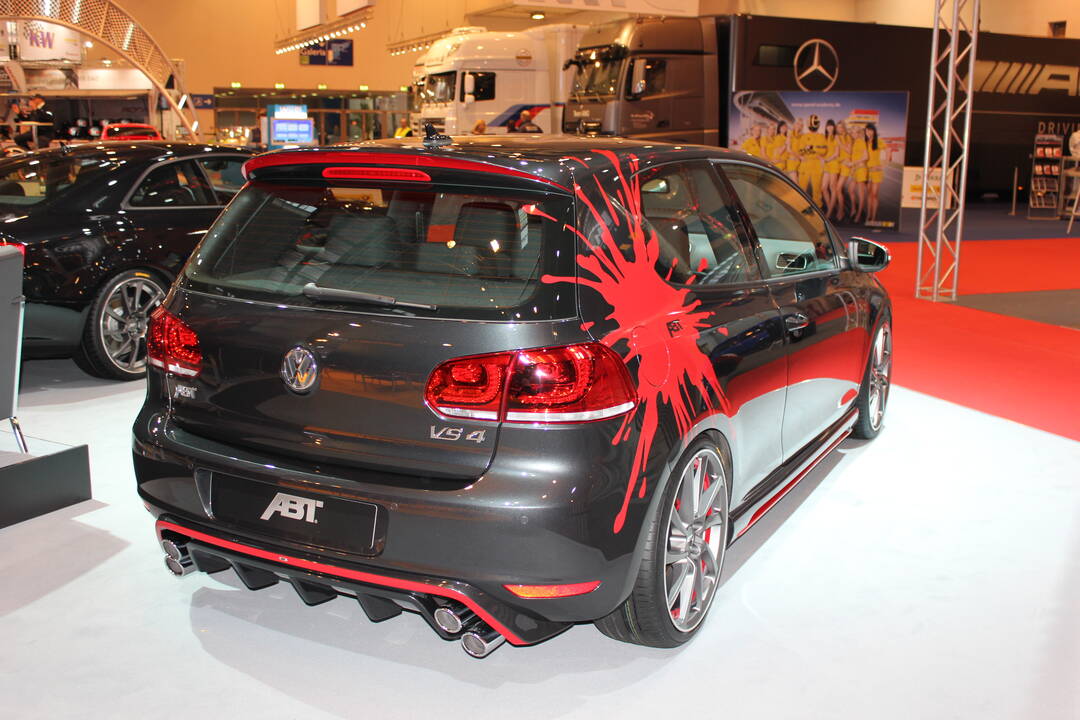 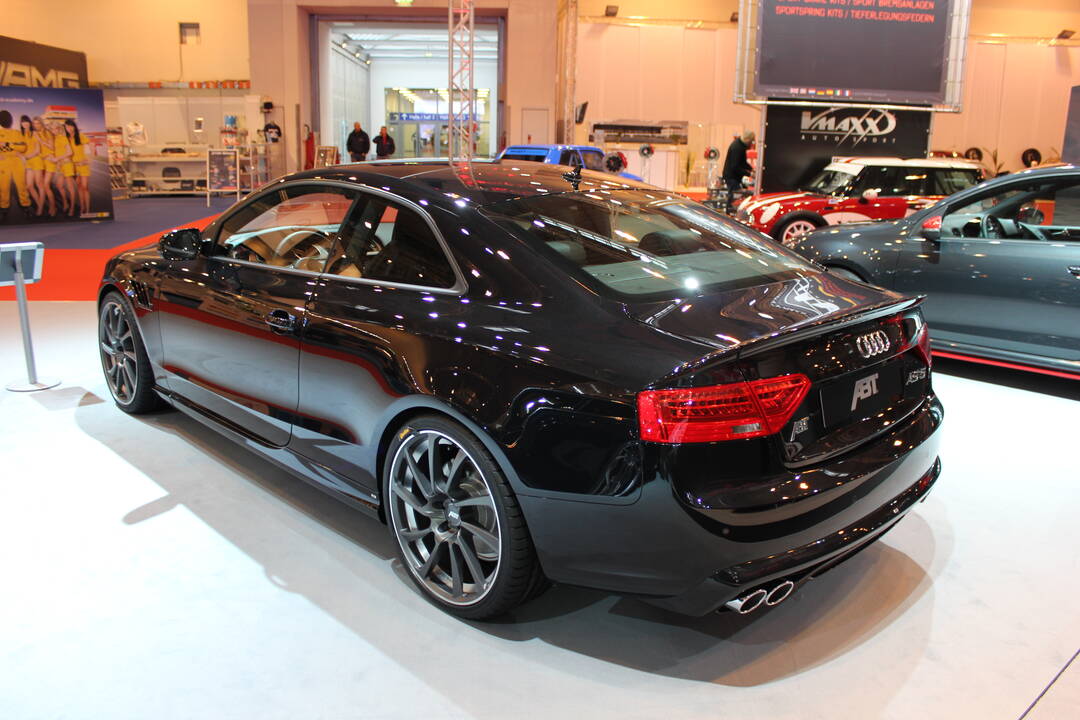 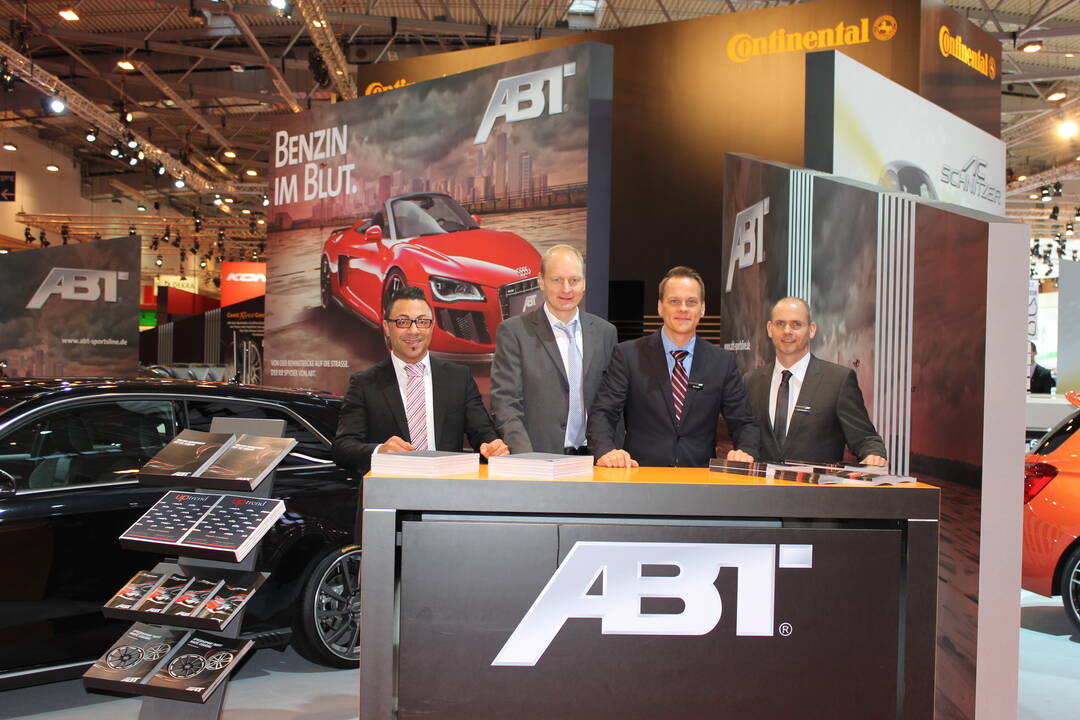 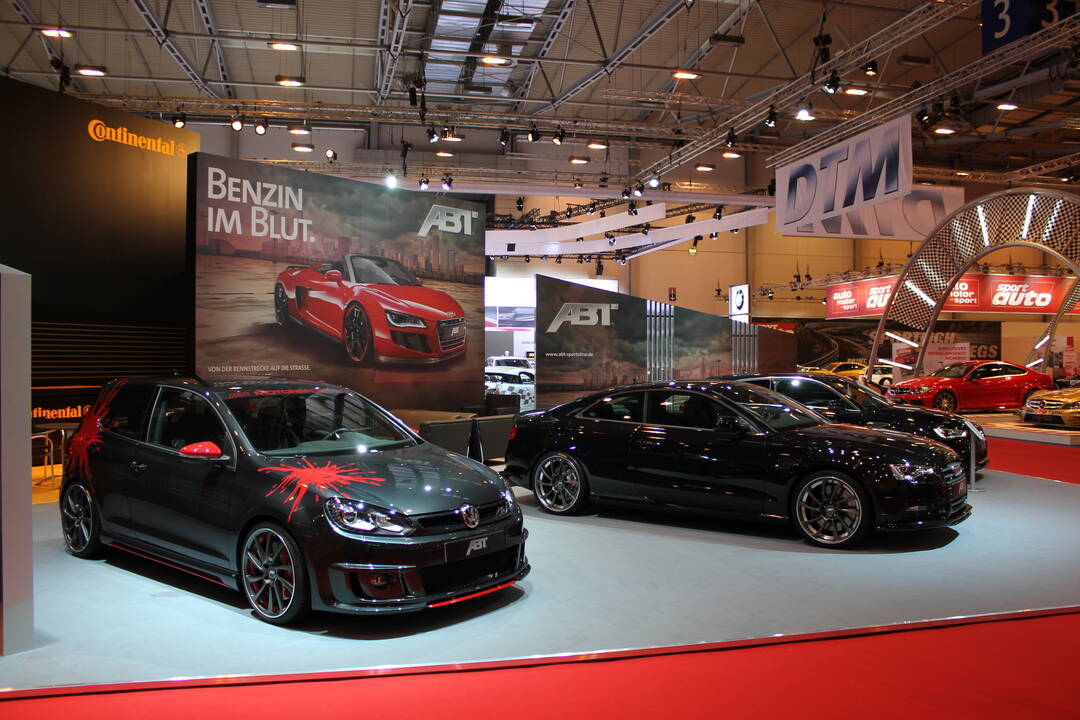 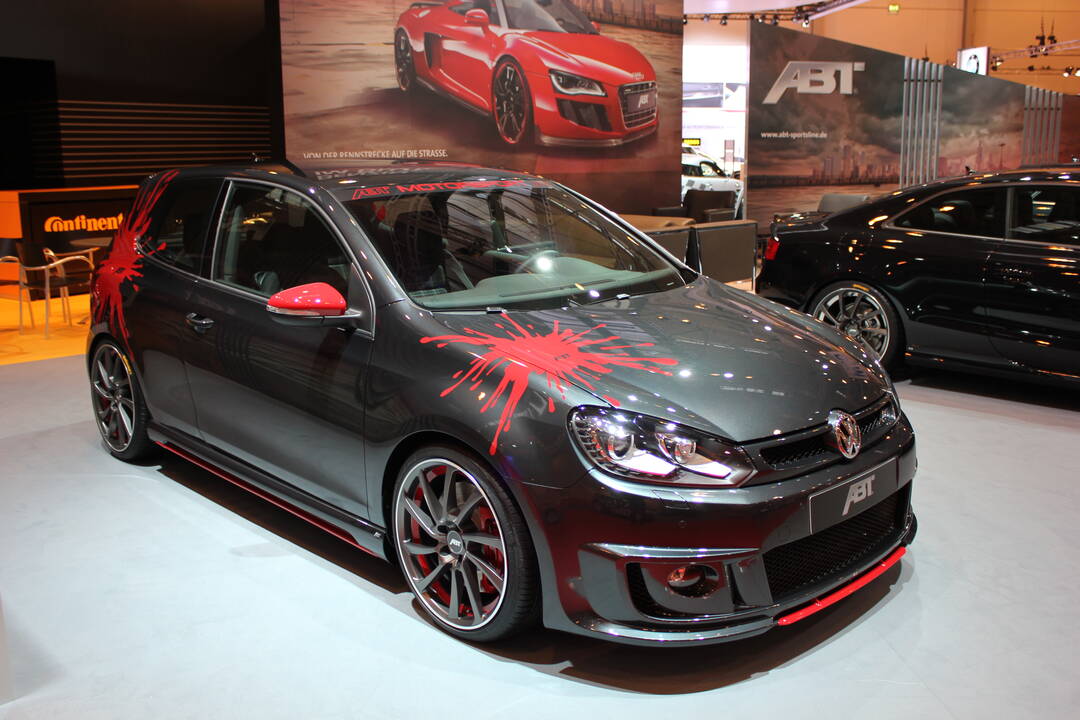 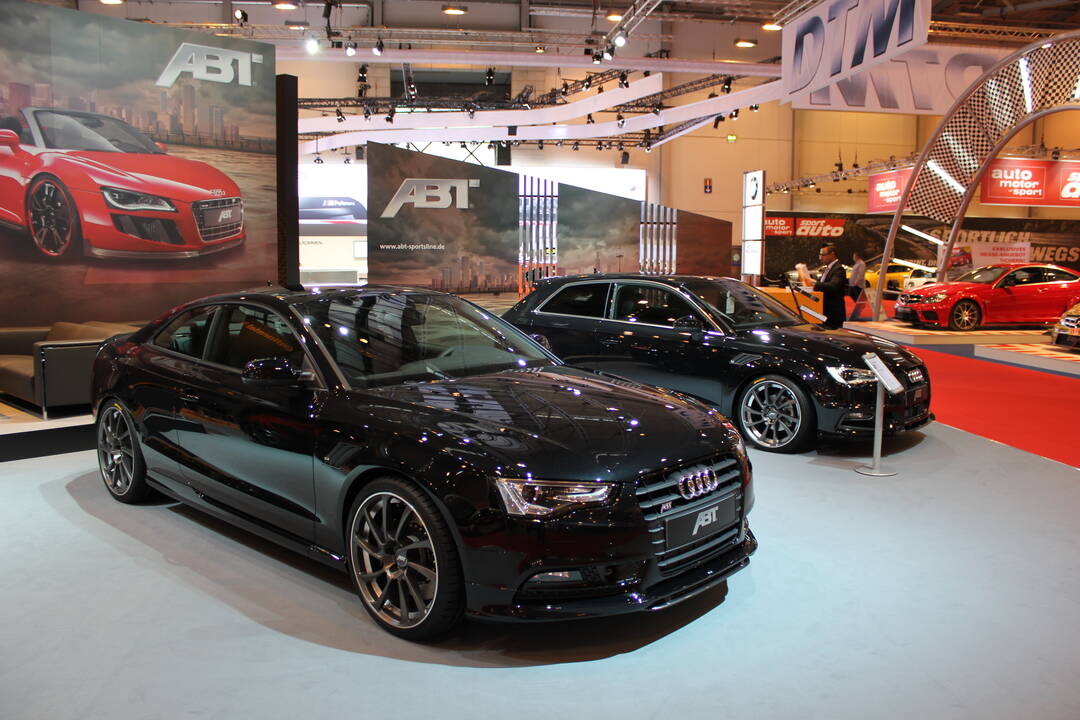 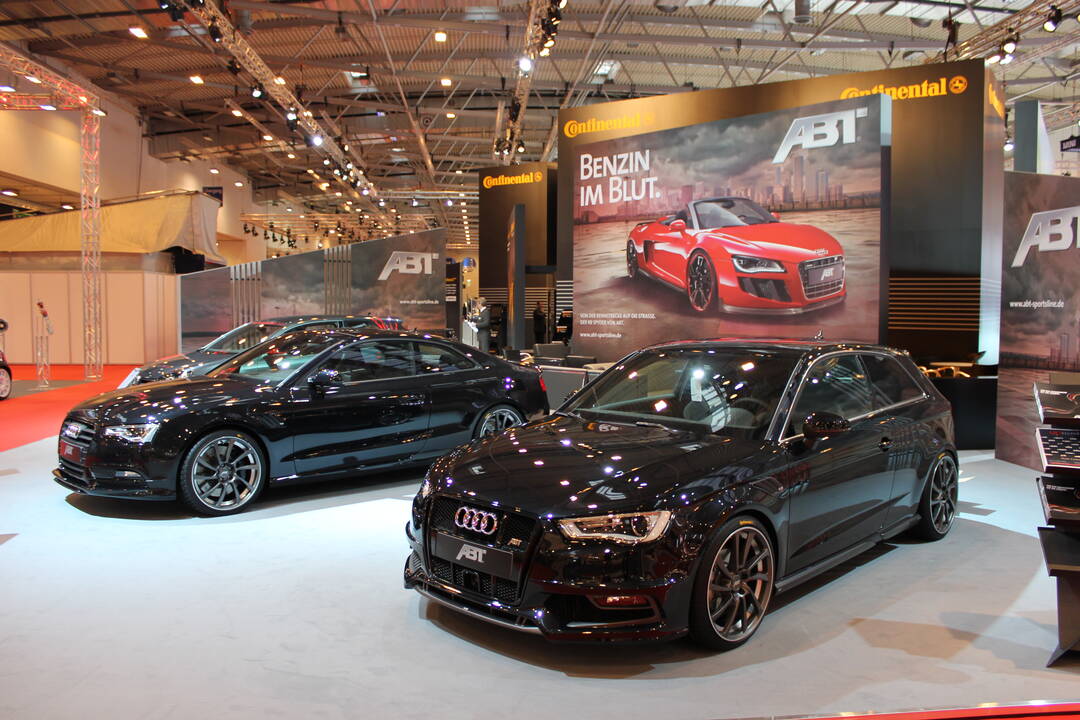 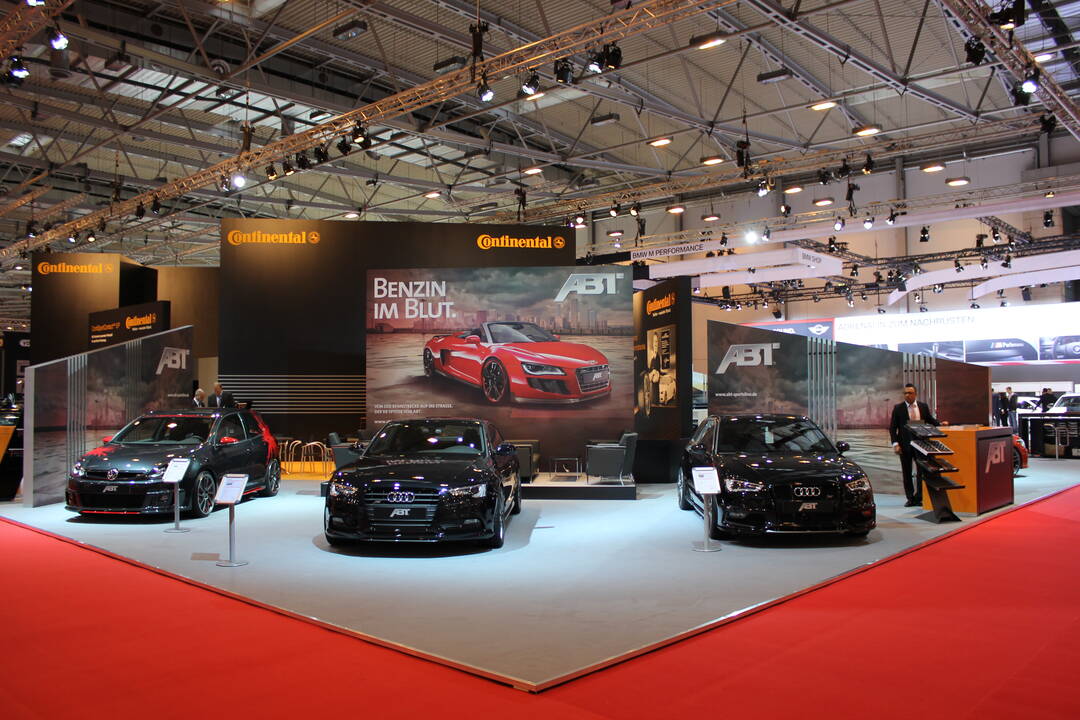 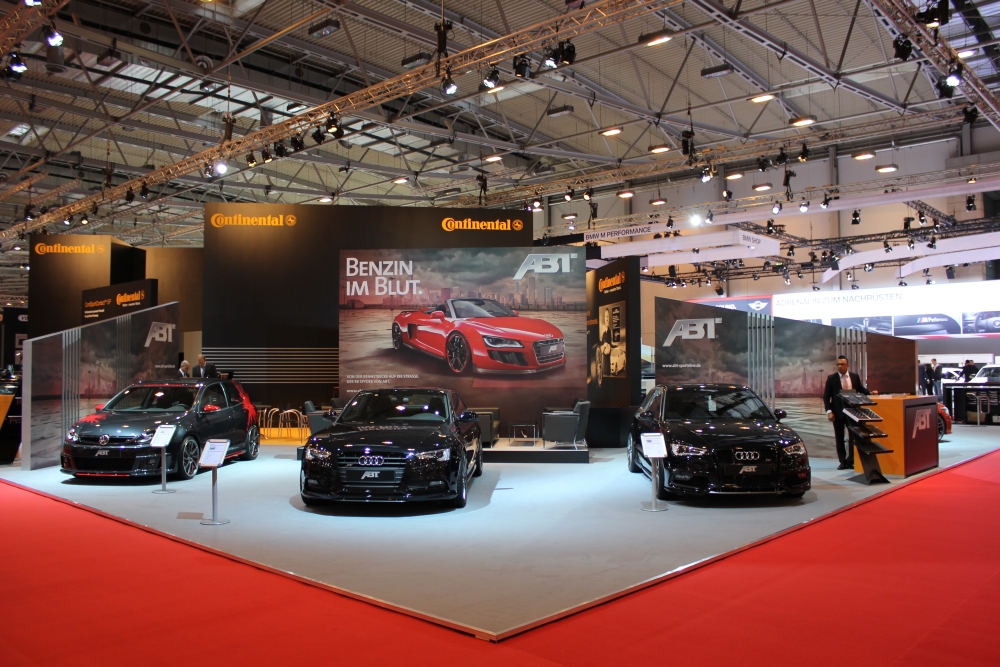 As usual ABT Sportsline will be present at the Essen Motor Show. The show will mark the appropriate completion of the motorsport and tuning year 2012. At the fairgrounds in Essen ABT traditionally shows the highlights at the Continental booth. One of the showstoppers will be the world premiere of the ABT AS3.

We look forward to your visit!

The ABT AS3 - Is it a phantom? Or is it just a very special car?

On the Essen Motor Show, one of the world’s biggest tuning trade fairs, ABT Sportsline is presenting an extremely cool Audi A3: The phantom black paintjob underlines the appeal of a truely superior car. In contrast to the car body, all ABT exterior parts are anthracite-coloured. The logo of the globally largest tuner of cars produced by the Volkswagen Group has been applied to the front grille, the mirror glasses and the floor mats. The ABT DR design alloy wheels in 19 inches also belong to the astonishing package of this very special ABT AS3. Of course, the Bavarian tuners are offering even more thrilling features, most notably the powerful engine upgrades.

But in its ABT Sportsline version this extravagant car becomes even more sporty. As the ABT AS5 the car combines a precise and harmonious design with dynamic technology. “For us, it was important to combine this car’s extraordinary design with our ideas and thus to underscore the car’s character. Its increased performance and its body parts form a unit”, says Hans-Jürgen Abt. The traditional Bavarian company’s managing director is very excited about this automobile. “If you look at the AS5, you want to take in every inch of its marvellous silhouette, and if you sit in it, all you want is to get it on the road. This coupé is really a power pack.“

The ABT Golf VI GTI - "The last edition"

Sporty and fast "Golfs" have been carrying the three letters GTI since 1976. ABT was the first place to go for everyone who wanted even more dynamic and driving fun from the very beginning. Each generation of the Golf GTI became its own special outfit and more power. The sixth generation of the compact sports car also bears the magic abbreviation. For the Essen Motor Show ABT built a Last Edition for a special price.