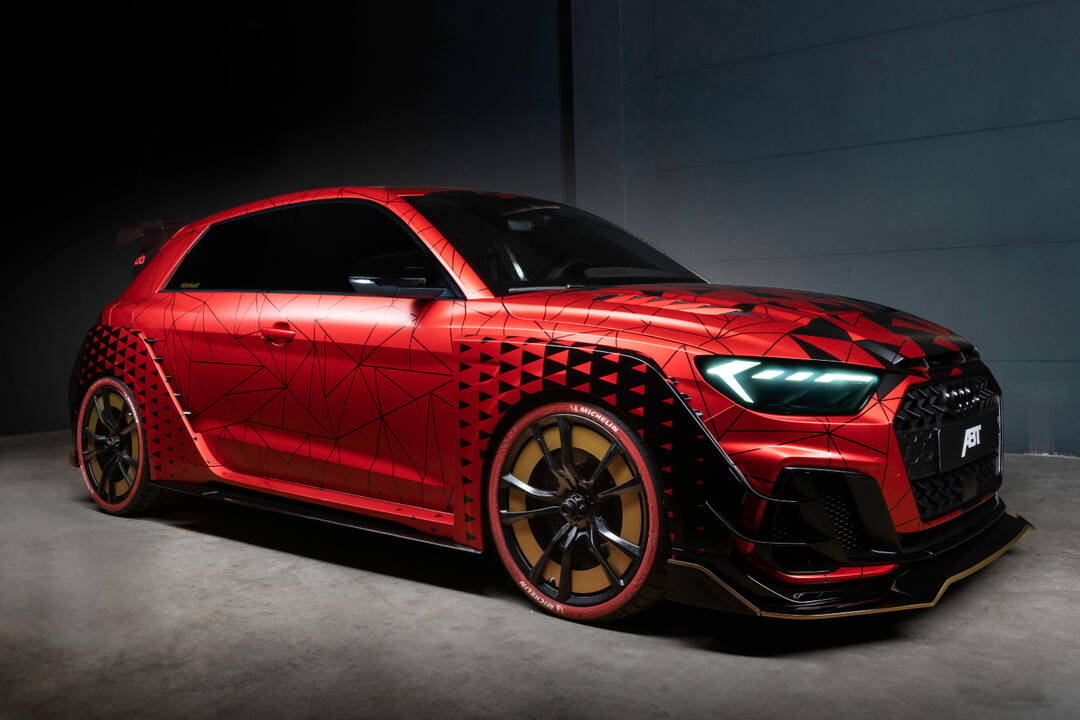 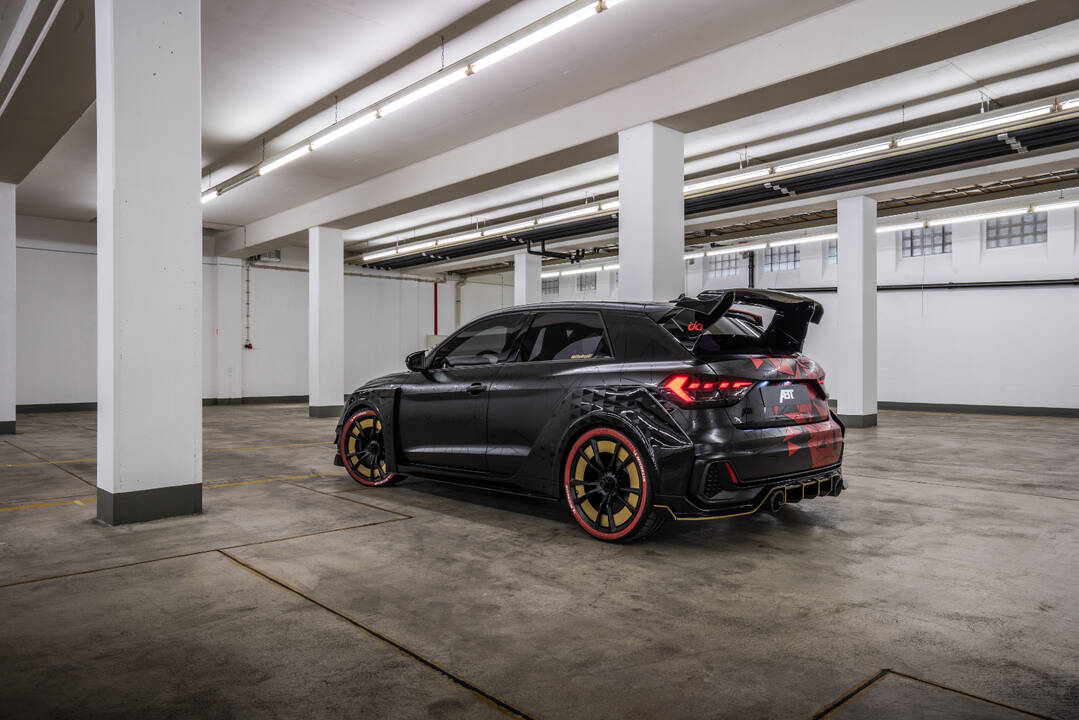 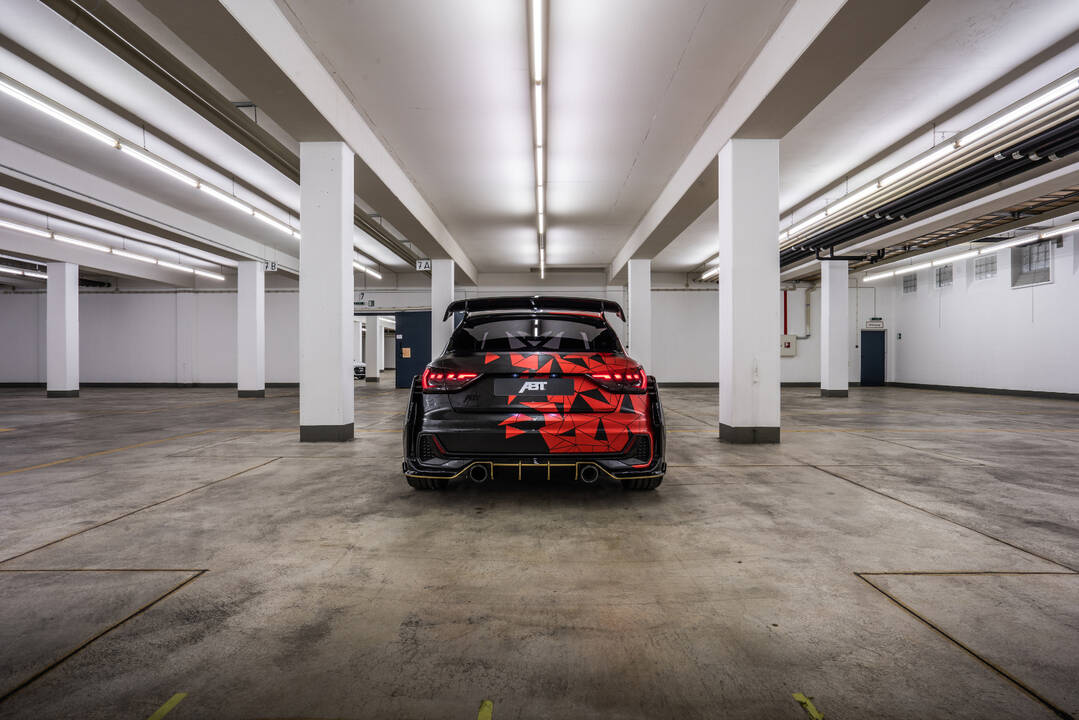 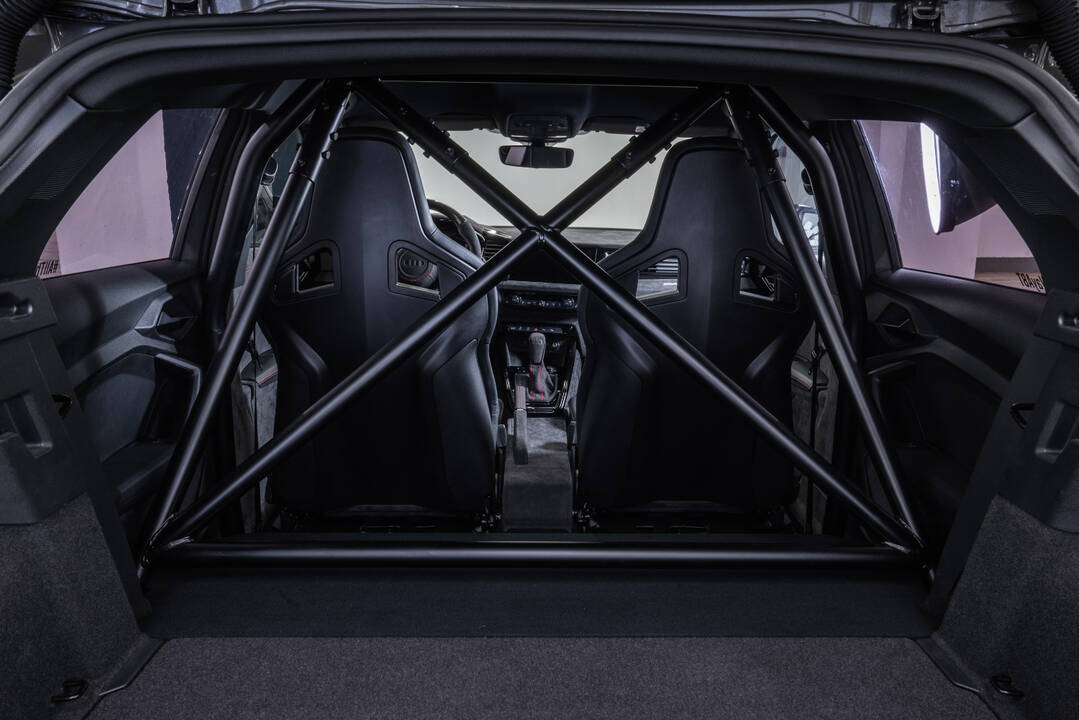 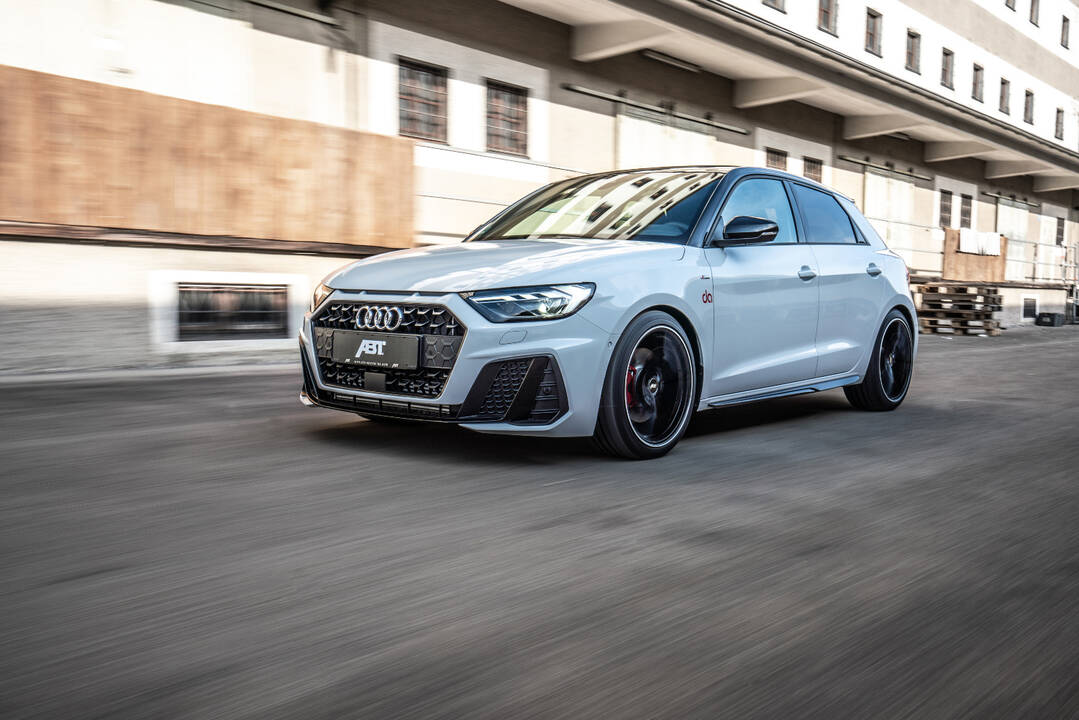 This A1 is a powerful one-off

An Audi A1 with over 400 hp (294 kW) and 19-inch wheels with aero rings and a leaf shutter look? These mods alone would make an Audi A1 a real head-turner. If you have seen racing driver Daniel Abt’s ‘making-of’ YouTube video, however, you will know that the true highlight has yet to come: the "free-standing" wide body kit with its spectacular racing look.

On 26 September at 6 pm, the racing driver and influencer’s final video showing the dynamism of the “A1 1of1”, went live: youtu.be/1biFE9FxNlI.

Aerodynamic attachments are considered standard elements in vehicle finishing, but free-standing widening components provide a unique look in this creative concept. The project, initiated by Daniel Abt, required all our entire gamut of technical expertise. A particular visual effect is created by the unique "polygon split design". The geometric pattern was created by Erik Aleksanjan. He is a real petrol-head and was responsible for the look of the Audi RS6 of extreme skier Jon Olsson. The new design consists of polygonal fragments which really break up the contours of the vehicle. The free-standing widening components are decorated with polygons, which are meticulously arranged in formation, to create a particularly dynamic look. This is particularly true for the right-hand side of the vehicle, which has remained mostly red. The highlight of the "split design" is the colour transition towards the driver's side. There, matt black dominates, which gives the polygon pattern a subtle appearance. The aggressive racing look is rounded off by the enormous carbon rear wing, the highly fragmented carbon hood with several air intakes and the 19-inch ABT ER-F forged wheels in matt black. With their individually designed and internally mounted golden aero-rings, and leaf shutter aesthetics, the rims evoke high-powered Formula E cars.

The powerful four-cylinder engine has more than twice the power of the largest standard Audi A1 engine, the 40 TFSI, and creates an awesome sound. This was achieved by installing a completely different 2.0 TFSI engine with performance upgrade. The change of the engine and a sound check can, of course, also be seen on YouTube. The aggressive sound is partly due to the stainless steel exhaust system with twin 114 mm pipes and carbon tails. In order to further improve performance, the team around Daniel Abt installed H&R suspension springs and Michelin Pilot Sport Cup 2 265/30 R19 red-wall tyres. As befits a real racer, the interior was also enhanced with a roll-over bar and a whole host of additional interesting details. The look and feel of the interior was completely personalised and covered almost entirely with Alcantara. As such, the “A1 1of1” is a fascinating one-of-a-kind masterpiece. If you want to give your A1 40 TFSI more drive and spirit, ABT offers an attractive package: In addition to the performance upgrade from 200 hp to 240 hp (147 kW to 176 kW), ABT suspension springs and 18-inch ABT SPORT GR alloy wheels with 215/40 R18 tyres are also included. As a tribute to the A1 1of1 by Daniel Abt, a DA sticker set is also supplied. For real fans of the unique car, there is also a new fashion collection: https://danielabt.de.