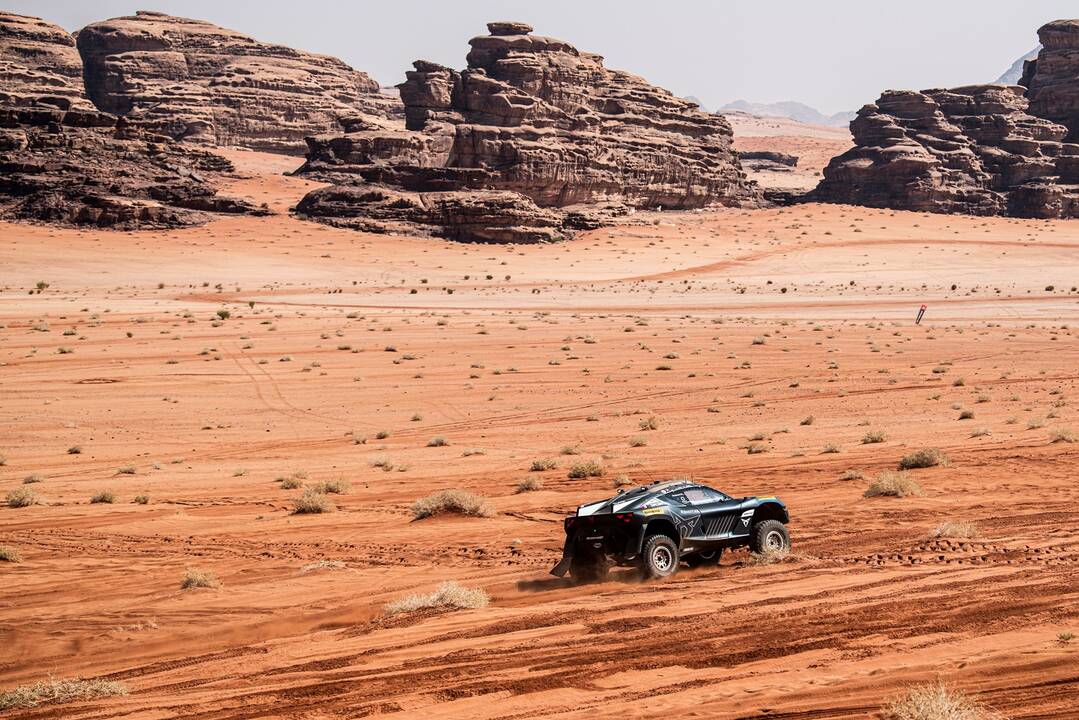 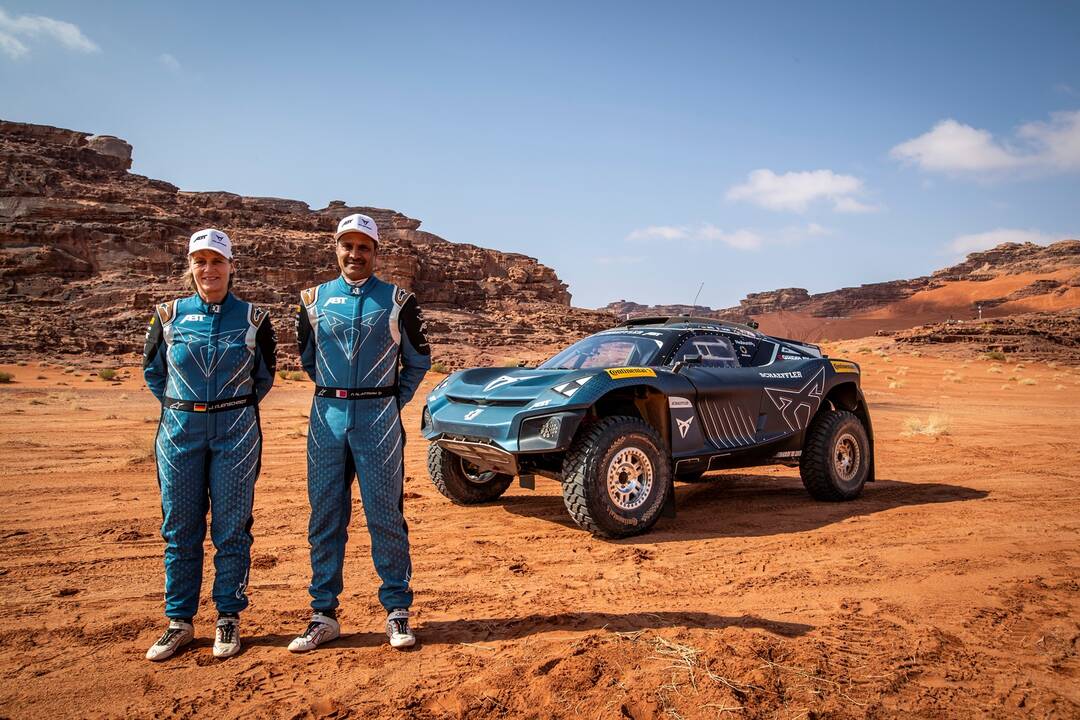 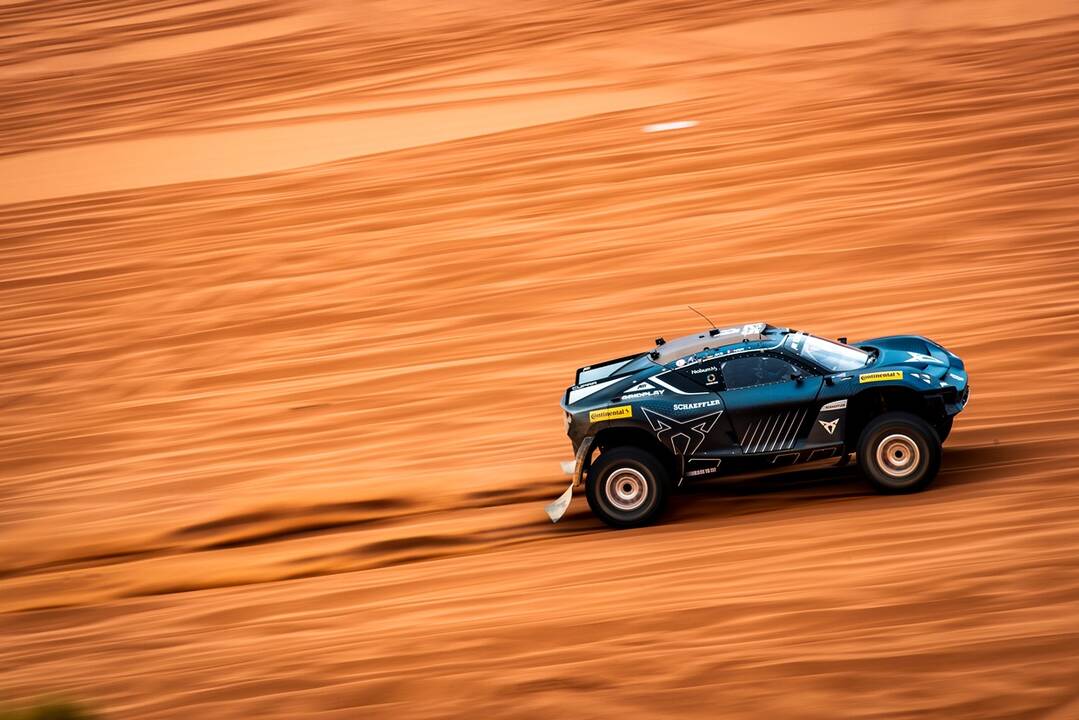 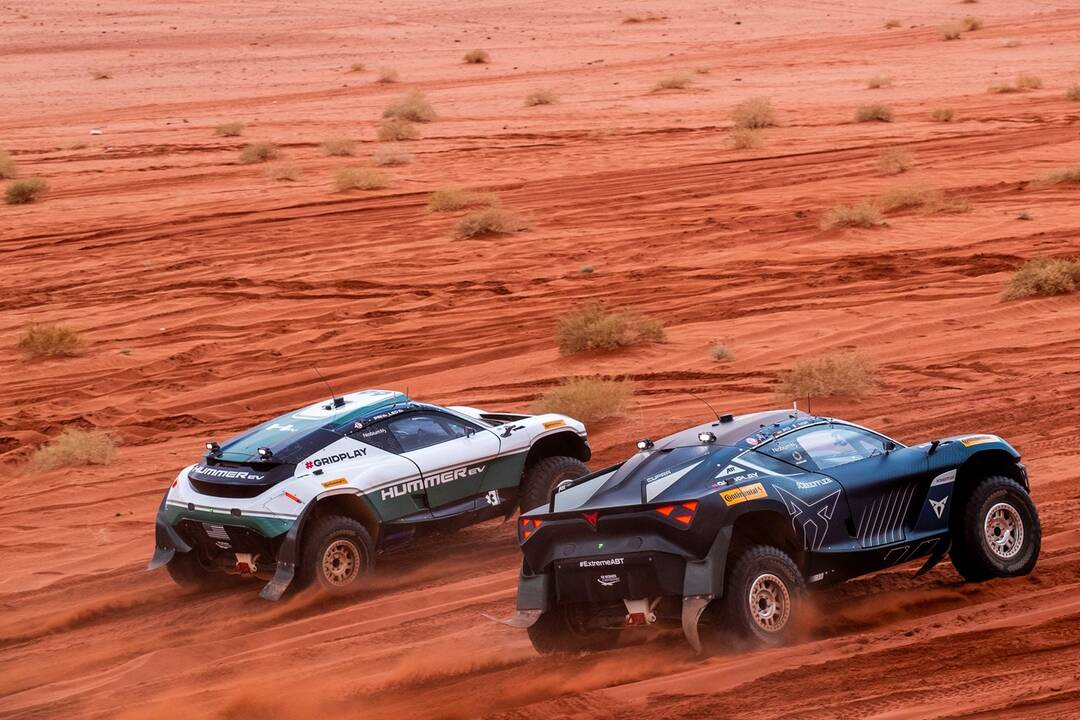 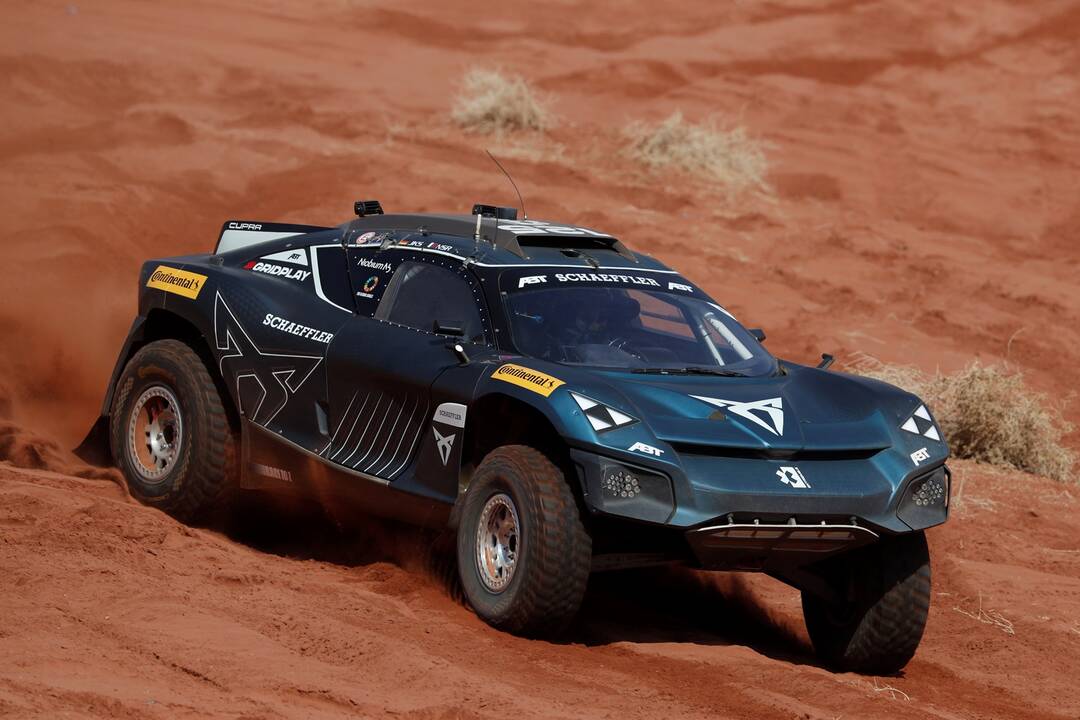 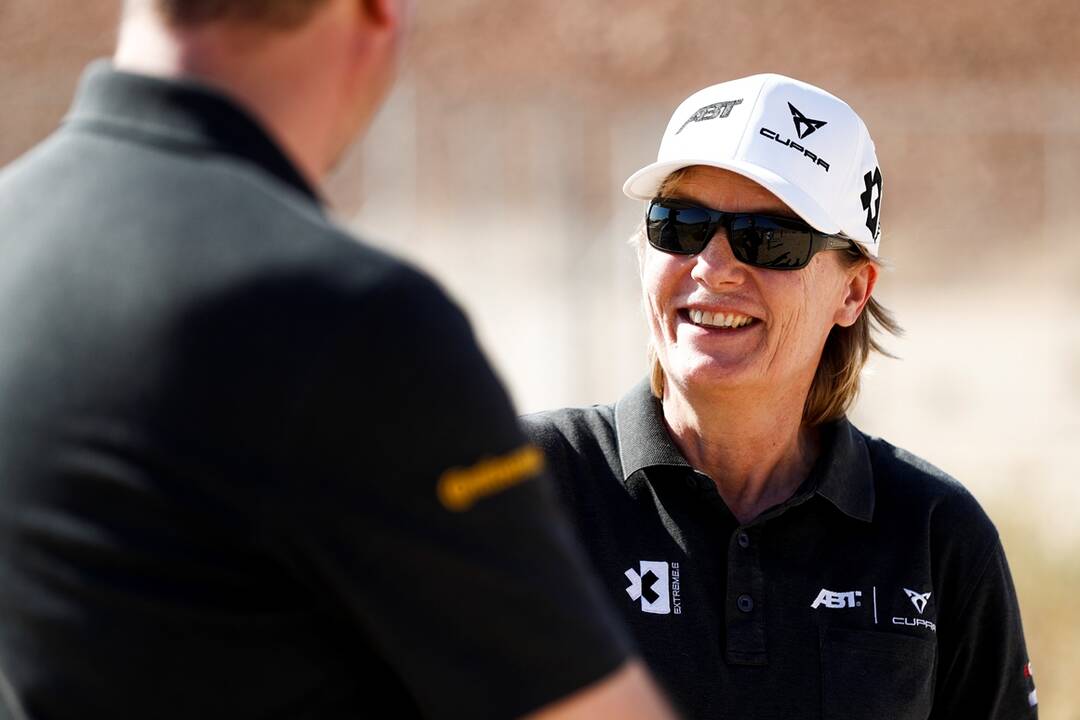 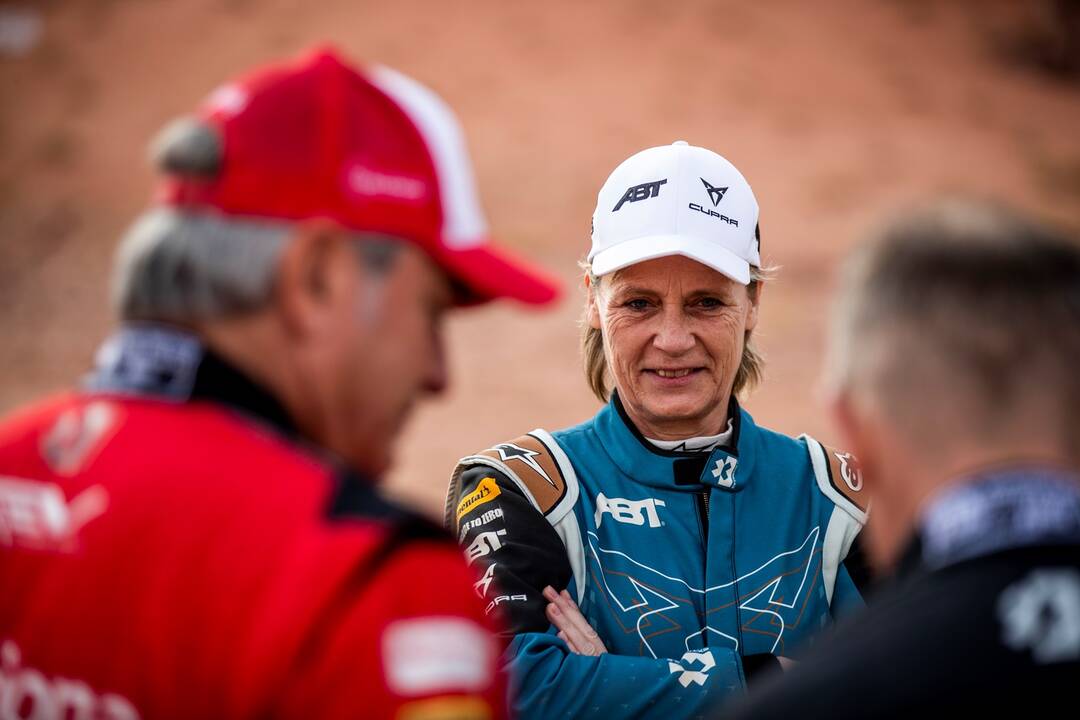 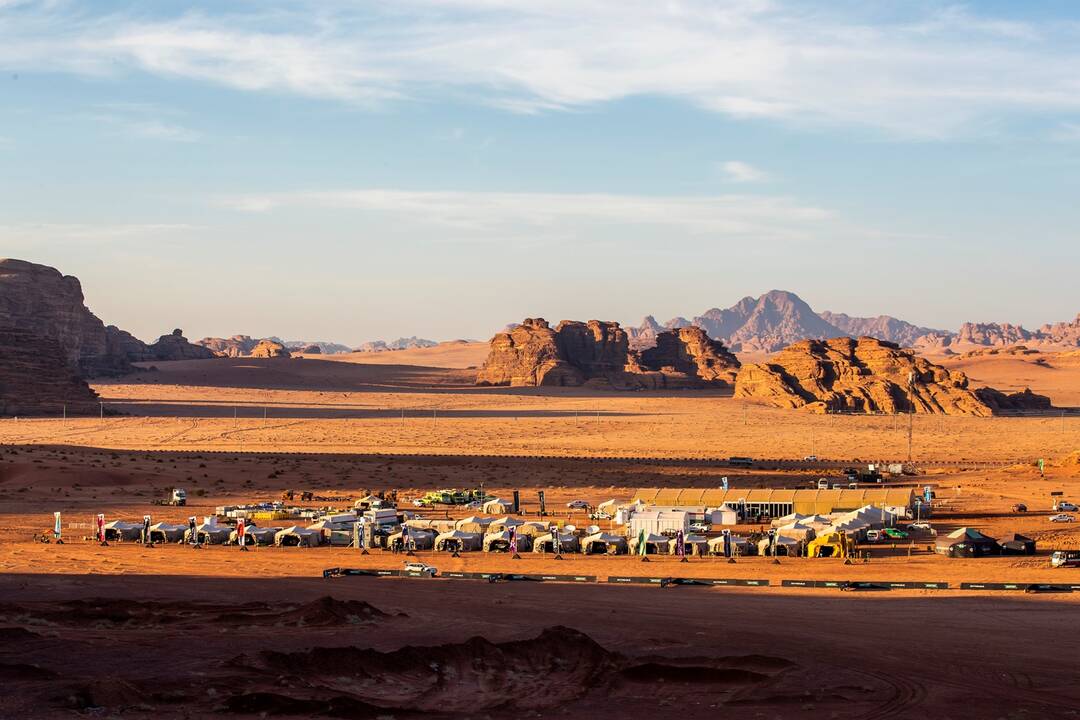 Fast times, thrilling races, strong teamwork and a bit of drama here and there – this season opener of ABT CUPRA XE already whets the appetite for the next races. Jutta Kleinschmidt and Nasser Al-Attiyah missed out on a place in the final by just two and a half seconds on their first race weekend together in Extreme E with a second place in the so-called Crazy Race. Nevertheless, the German-Qatari duo with their spectacular CUPRA Tavascan XE were among the crowd favourites and main protagonists on the desert circuit in Saudi Arabia.

The best example of this: With 35 percent of the votes for Nasser Al-Attiyah and five percent for Jutta Kleinschmidt, ABT CUPRA XE won a record-breaking number of votes in the online voting “GridPlay” and strong times in all sectors promised a successful race day. The fact that the two still had to watch the finale was mainly due to a difficult qualifying day: In the individual time trial, Nasser Al-Attiyah turned into the pit lane on his first day in Extreme E, heading for the fastest time, instead of driving through the finish. In the following second qualifying session, in which five cars competed against each other, the four-time Dakar winner collided with an opponent and received a controversial penalty for this.

Instead of a place in one of the two semi-final races, this left only the “Crazy Race” to get into the final. After Jutta Kleinschmidt got stuck behind a slow car after a good start, there was not enough time to make up ground in the end. In the final standings, ABT CUPRA XE is classified in eighth place and receives four points for the drivers’ and team championship.

“The team and Jutta gave me great support on my first electric race weekend, many thanks for that,” says Nasser Al-Attiyah, who was among the fastest drivers in the top-class field in every session. “I’m sorry for my little mistake in the first qualifying session, but I’ve learned a lot and soaked up every minute in this new championship. We know what we’re capable of and we’re looking forward to the next race.’ Looking ahead as well, Jutta Kleinschmidt said: “Our clear goal was a trophy, and that would have been possible without the little dramas here and there. Nasser and I are getting better and better and will give everything to use the next chance.”

That comes on 7 and 8 May at the second Extreme E race in Sardinia (Italy).